Runner Bennett Brookstein has lived in Fairmount for almost half of his 45 years. He came up with the idea to start The Fairmount Running Club more than 11 years ago when running clubs were few and far between. According to the website Philadelphia Runner, there are currently 18 running clubs in the area. Despite the increase in number of competitive running clubs, The Fairmount Running Club still reaches a large Facebook group of more than 1,200 members, with a consistent group of 30 core runners who attend participate in the club’s weekly events.

How often does the club meet?

The club has four group runs: Tuesday and Wednesday nights as well as Thursday and Saturday mornings.

What is the inspiration behind starting the Fairmount Running Club?

The idea of the club was started for many reasons. Obviously to have a running group in our community. Fitness. Security. Running in a group (or) numbers is better than running individually, especially in the city. You never know what can happen to you. Socially, we have get togethers, parties and various events. Volunteering, giving back to the community, volunteering at races at places such as water stops, crowd control, cleanup, etc. Raising funds for various charities: Students Run Philly Style, American Cancer Society, Leukemia Society and more. 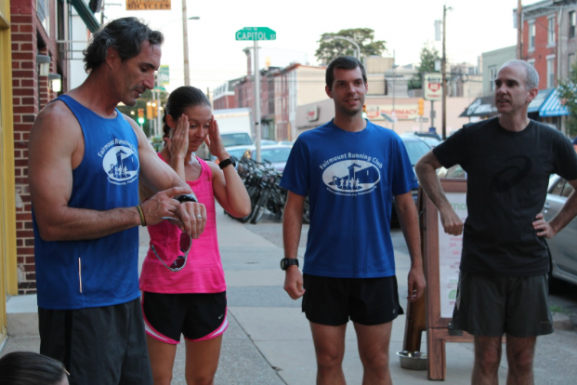 What is the most rewarding aspect of the club?

I feel that giving back to the people of my community is really rewarding. Helping everyone learn, improve and kindness are all a part of the club.

Has it been an effective way to meet and interact with people in the community?

People joke around about you being the “Mayor of Fairmount.” Where did this title come from?

I’ve been living in Philadelphia almost my entire life and in the Fairmount section for a long time. I’ve have been running and racing since middle school and running on Kelly Drive and West River Drive has been a main staple for me and many others. I am friends with everyone I bump into. Additionally, I used to work for Powerbar and still work for The Stick, some people call me “The Stickman,” so many people have seen me at almost all of the race expos for a long time. It gets crazy when running and everyone is saying hi to you when you’re on a group run or at a race. 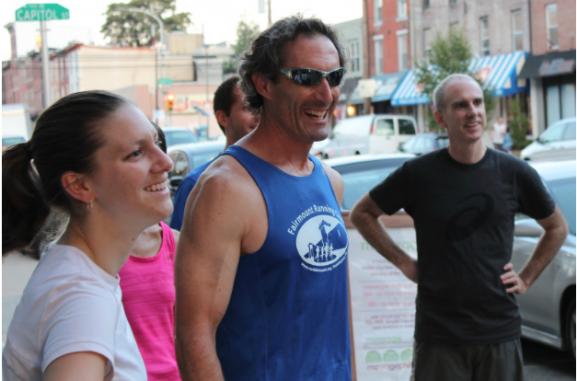 We were one of the first groups to start in the downtown Philadelphia area. There were just two running clubs at that time. People such as race directors have come to us to assist them in their needs and they know that we always help out.

How has your partnership with Fairmount Running Company benefited your club? How does that help people further interact with community?

When we started the club, Wednesday night group runs would meet on Kelly Drive.  Since they opened, our group runs have met at the store.  It is a great central location for runners in the neighborhood.  They have also benefited us when we want to have an event with running companies such as Asics, Brooks, New Balance, Sigvaris socks, Gore-tex, Tom, Tom GPS watches, to name a few.  We get to try on new products and learn about them from the reps of the companies. 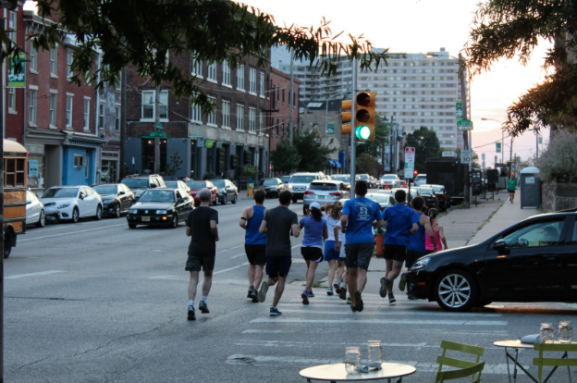 Fairmount: Neighborhood Potters Open Their Doors to the Community

Boasting an array of pots, cups, jewelry and many other household items, Neighborhood Potters offers a variety of colors for a dreamer’s chance at the ultimate decoration. Married couple Neil Patterson and Sandi Pierantozzi, who share […]

[vimeo 59862679] Fairmount residents voted last month to support of a bicycle lane starting at Broad Street heading west. Now the neighborhood awaits approval from Spring Garden and Francisville. These residents will be given the opportunity […]