Roger Artigiani talks about his arena like he is showing off a prized possession.

“This is what we have planned for the one wall,” he said while proudly showing a picture of a mural of the Walt Whitman Bridge. “It’s gonna look great.”

“I’ve performed at places like The Trocadera and the World Cafe Live; 2300 is right up there in my opinion,” said Al Bufano, a member of  the band Jailbreak who has performed twice at the arena twice.

Since Artigiani has taken over and remodeled the venue, it has held everything from fashion shows to concerts and lucha libre, while maintaining its reputation for boxing, mixed martial arts and wrestling events.

“It’s known all over the world as a wrestling venue,” Artigiani said. “There’s not a wrestler in the planet that doesn’t know this place exists.”

Artigiani grew up in Staten Island, New York, where his family was involved in the restaurant business. From there, he went on to work in the music and entertainment business, owning music venues in upstate New York.  In 2004, he moved to Philadelphia.

After arriving in Philadelphia, Artigiani was contacted by a close friend who then owned what is now 2300 Arena. At that time, the space was used as a bingo hall and occasional wrestling matches before Artigiani started hosting events there. Eventually, he signed the lease for the property, turning it into his own business. When he took over the venue, according to Artigiani,  it grew from two events a month to between 15 and 20 events per month. 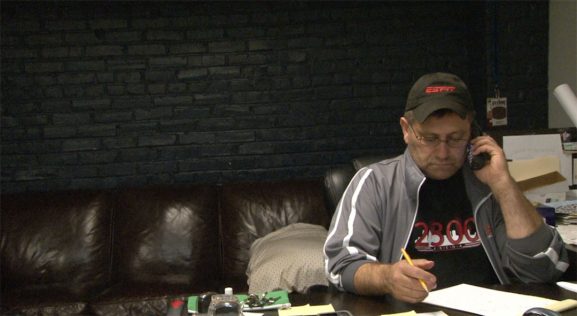 Artigiani always loved sports, but never considered himself a fan of combat sports until owning this business.

“I kind of fell into this,” Artigiani said. “When I came to Philadelphia in 2004, it was the first time I did anything with boxing or wrestling.”

For Artigiani, each day working at the arena is never the same as the previous with no set routine or schedule. His hours are whatever is needed depending on the event and his work includes booking acts, negotiating contracts, setting up production schedules and preparing for events.

“Roger is very professional,” said Frank Perez of the promotion company Dead Serious MMA. “We have a fine relationship and our company tries to host events there every three to four months.”

“Roger’s always there for us,” Britney Rogers of Peltz Promotions said. “I call him at all hours of the day and he’s always there.” 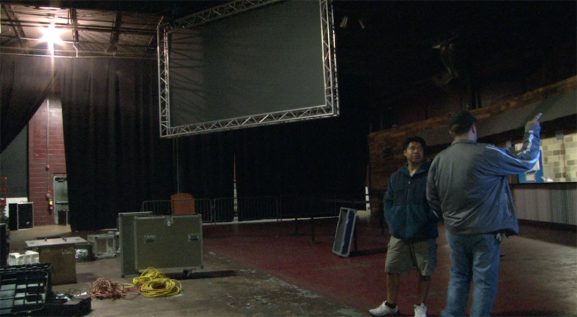 For Artigiani, the best part of owning 2300 Arena is the reaction of the crowd. He loves seeing people leave with a smile on their face and strives to go out of his way to make the experience personal for them, like hosting meet-and-greets with wrestlers and boxers.

“Some of the best feelings are seeing either a fan that is handicapped or just a little kid whose hero is here,” Artigiani said. “We can take them backstage and get them an autograph.”

When not working, Artigiani spends time with his 8-year-old son, watching his own sporting events like playing hockey and soccer. The love for his son is reflected in the twinkle of Artigiani’s eyes and lighter tone of voice.

“He grew up in this place,” Artigiani said with a smile.“One time he didn’t want to leave the boxing ring.”

With taking care of the arena and his son, Artigiani has minimal time to himself. But he won’t slow down until he is satisfied with the building. 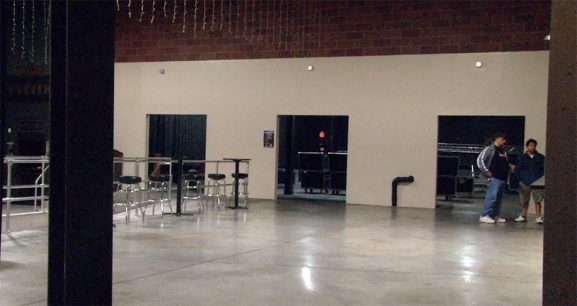 “There’s a lot of things outside this place that I would like to do, but right now in the phase we are in, it is just 100 percent concentration on getting the venue together,” Artigiani said.

For the arena, his plans are to keep the venue diversified with numerous types of events instead of focusing on sporting events only. Along with the boxing and wrestling shows, Artigiani is hoping to host more concerts, conventions and comedy shows.

As far as the future for himself, he sees himself possibly moving to a warmer area and going back to the restaurant business. No matter what’s in the future for him, Artigiani never wants to stop working. He may slow down, but he will always keep occupied.

“I don’t think I’ll ever retire,” Artigiani said.  “It’s just not what’s inside me.”

Arts and Entertainment: All That Jazz With Ernest Stuart

Ernest Stuart, a jazz trombonist, has become a fixture in the Philadelphia jazz community. After discovering his interest in jazz during his early life, he continued his jazz education at Temple University. Stuart has developed a [continue reading…]

Jessie Fox, 25, earned a degree in photojournalism but never thought of working for the news. Instead she wanted to take her camera to the streets of Philadelphia and tell stories of a changing urban landscape—a [continue reading…]