It’s arguably the most inconspicuous building on Griscom Street. The building is the former home of Dr. John Ruan, a prominent doctor in Frankford in the 18th and 19th centuries. There’s no large sign or anything of note about the building that would tell you how unique its contents are.

That is until you take a step inside.

The Grand Army of the Republic Museum & Library, located at 4278 Griscom Street just a block off Frankford Avenue, is the only Civil War Museum in the city of Philadelphia. The museum carries a plethora of Civil War artifacts and memorabilia that are unique to Philadelphia and Frankford in particular.

“It’s not just a place where we hold books, and items, and paper items,” said GAR Museum President Hugh Boyle.

“We have real things here. We have uniforms, we have weapons, we have pikes, we have spears. We also have Abraham Lincoln’s blood that was found on the pillow case that he died on.”

Where else are you going to find the blood of our 16th President? Most likely nowhere.

The museum has an entire room dedicated to Abraham Lincoln. That includes a pair of handcuffs that were believed to have been owned by John Wilkes Booth, who was planning to use them on Lincoln. 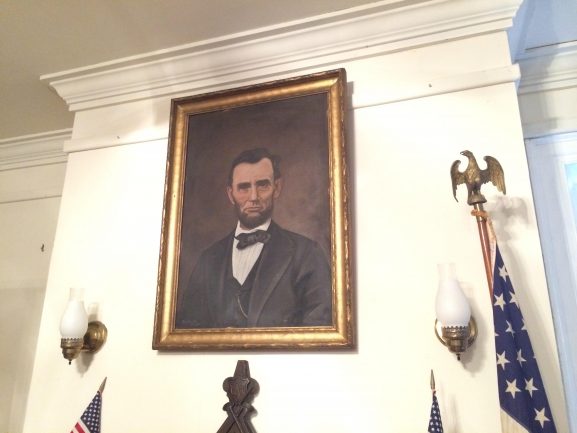 The Grand Army of the Republic was originally an important organization that helped veterans recover and assimilate themselves back into society after the war. The idea for the GAR Museum began with a group of GAR members simply known as “Post 2.” They originally housed their collection of war memorabilia in a building on 12th and Wallace streets before moving to Griscom Street in 1926.

Anthony Waskie is the vice president of the GAR Museum and a language professor at Temple University who has been involved with the museum since 1984 when the museum first opened their doors to non-veteran members.

“We try to do our best and I think we’re doing a pretty good job because if you had seen this in 1984 when I came here, you would see the tremendous progress that had been made,” Waskie said. 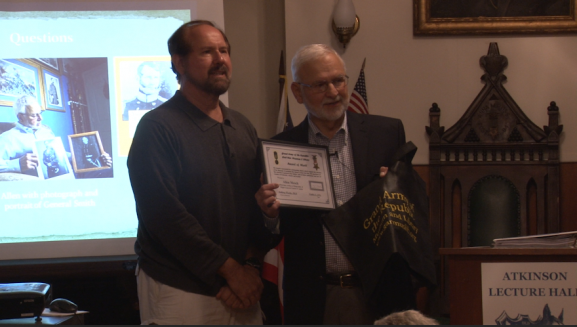 Allen Mesch (pictured receiving a certificate above) is a historian and author and was the Open House guest speaker on October 2nd. Mesch was thoroughly impressed with the collection that the GAR had in its possession.

“Being here allows folks to study the American Civil War and see their place in history,” Mesch said.

The museum is open every Tuesday from 12-4 p.m. and holds Open Houses with selected guest speakers every first Sunday of every month.

Education funding in Philadelphia is arguably the most hotly debated topic in the city. For local Frankford schools, it has been a crippling issue even though enrollment rates in Philadelphia schools has declined by more [continue reading…]

“This building does have ghosts,” said Hugh Boyle, executive director at the Grand Army of the Republic Museum and Library in Frankford. Built in 1976 by its original owner, Dr. John Ruan, this civil war [continue reading…]

[vimeo 75169677] A mix of irate, frustrated and desperate Frankford residents gathered at a recent Town Hall Meeting to discuss with State Representative James Clay, Jr. the status of legislation for illegal recovery houses in the [continue reading…]