As tensions run high regarding the impending 2016 presidential election, members of the Brewerytown are turning to social media to stay involved. State Rep. Donna Bullock, whose office is located in Brewerytown, is also using social media to bring these issues closer to home.

According to the Brewerytown Neighborhood Plan, the area faced many issues concerning crime, drug use, and a high poverty rate. In 2006, the community underwent rapid changes with the addition of apartment complexes, a supermarket, and influx of businesses. 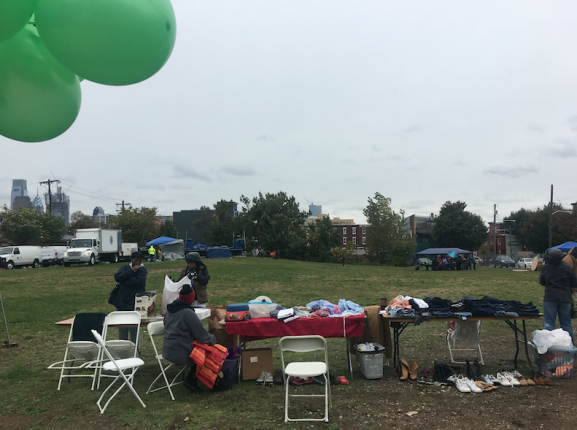 “Local politics are more sensitive to issues happening on your way to work, on your way to school, and what’s happening in your household,” Bullock said. “We all want to have a good job and be able to provide for our families, put a roof over our head, and put food on the table at the end of the day. Unfortunately, one issue that makes that a challenge for some of our constituents is economics and jobs. It all really boils down to being able to have access to resources, to jobs, so that you can have the quality of life that you want.”

For Tykee James, a 22-year-old North Philadelphia resident, social media is one of the important aspects of both local and national politics. James said he found Bullock due to her powerful social media presence.

“One of the things that’s really important is that she’s progressive,” James said. “As a freshman representative, she’s already on the Appropriations Committee and three other committees. That’s pretty outstanding for someone who just got started in the State House of Representatives. I like that because she’s younger, she’s not stuck in a set way of doing things.”

Bullock utilized social media to gain public attention regarding Brew Fair, a festival that was started two years ago by Andrew Mattey, a current resident of Brewerytown. Mattey says he created Brew Fair in hopes of popularizing the neighborhood and bringing the community together in light of the negativity.

“I think that social media plays a huge part in what’s going on nationally because social media has uncovered a lot of things that would normally be private,” Williams, said. 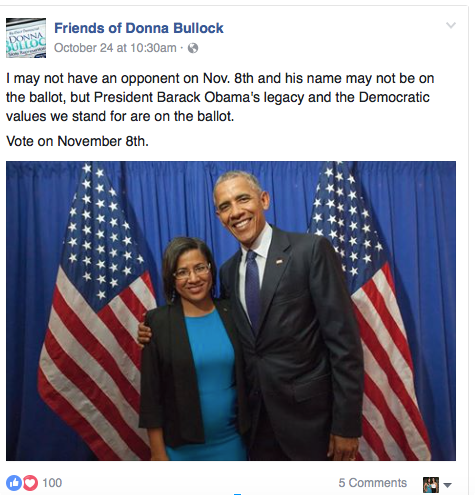 Both James and Williams expressed their disappointment toward the upcoming election on Nov. 8.

“On a higher level, (candidates) think the better you are at not compromising, the stronger you stand,” James said regarding the national political sphere. “But that doesn’t solve problems. It’s unfortunate that that’s the example that’s being set, but I don’t want the bar to be set that low when it comes to expectations for politicians.”

Despite dissatisfaction and uncertainty regarding national politics, local politicians like Bullock are offering some citizens a beacon of hope.

“She’s trying to do some special things in Brewerytown, which was stagnant for a long time,” Williams said. “I think that her policies with women, seniors, sex offenders and the youth are some really good programs.”

Since entering office, Bullock has actively fought to tackle unemployment in Brewerytown and sponsored a job fair last December to provide more than 250 people with jobs. She also supports raising minimum wage to $10.10 per hour and has advocated for equal pay between genders.

Bullock’s proximity to members of the community allows her to actively engage in community events and develop strong relationships.

Additionally, Bullock is part of the Pennsylvania Black Legislative Caucus and the Women’s Health Caucus.

“At a city level, I think our city officials work well together and for the betterment of the community,” Bullock said.

By implementing policies that aim to eradicate various issues, Bullock is always trying to improve the lives of Brewerytown and District 195 residents. She continues to actively engage the community with social media platforms such as Twitter, Facebook and Instagram.

Currently, Bullock has more than 1,000 followers on her Instagram, almost 1,000 likes on her Facebook page, and close to 650 followers on Twitter. She remains active in the community and interacts with residents and other politicians by frequently retweeting and replying to tweets.

“Local politics touch people’s lives immediately,” Bullock said. “Being able to address those needs right away through local resources and legislation has an immediate impact on folks. National legislation and policy takes years before it necessarily has an impact on individuals.”

—Text, images, and video by Kristi Fidler and Samara Grossel.

https://vimeo.com/45065065] After 30 years of urban blight, the rejuvenation of Francisville has begun, largely thanks to the Arts Garage, an eclectic venue bringing energy and attention back to the North Philadelphia neighborhood. The Arts Garage [Read More]

The hot June sun beats down onto a hot concrete and asphalt landscape in North Philadelphia. The humidity outside gives the air a city taste. A kid runs by into a building on the corner [Read More]