The 2016 presidential election has seen its candidates debating on everything from foreign policy to women’s rights, but one economic sector that has gone mostly overlooked by candidates is small businesses. 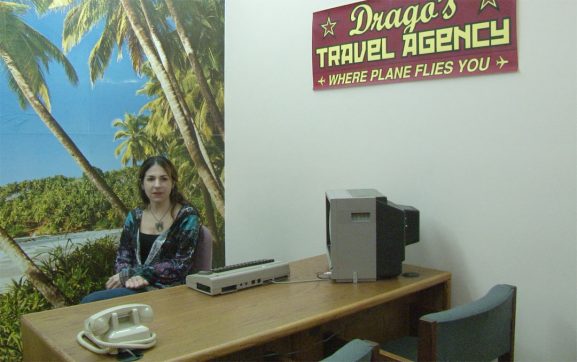 Elissa Kara, owner of Nice Things Handmade at 1731 E. Passyunk Ave., echoed the frustration over the lack of, or small amount of, small business plans in the candidate’s platforms but recognizes there are more pressing problems at hand.

“I think there are bigger issues that need to be addressed for somebody to become president,” said Kara. “Still, small businesses are a cornerstone of American economy right now and I think Hillary understands that. I don’t think Trump is in touch with that part of the demographic.”

Uneasiness over Trump’s business background was voiced by more than one business owner on the avenue.

“[Not many] think about the fact that we’re putting into power a businessman, who has his own interests in mind,” said Garson. “It makes me think that all of his movements are going to be directly tied to his personal gain for his business.”

Kara believes Trump is too far removed from the small business aspect of economy.

“I worry because Donald Trump is a businessman, but he’s not a great businessman,” said Kara. “I believe that he doesn’t understand what small America is and how to put money back into it or how to support a Main Street.”

Small businesses haven’t been entirely overlooked by the candidates, and Hillary Clinton does have plans to alleviate small business struggles should she be elected.

The grievances of the shop owners along East Passyunk align with some of the changes that Clinton addresses in her platform on small business reform, including accessing capital for their small businesses.

“Banks should take more risks so we can see more small businesses cropping up instead of the Walmarts of the world,” said Zito. 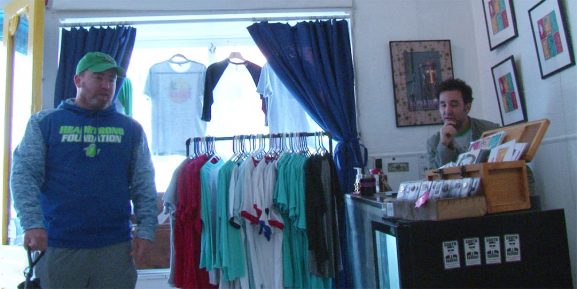 “Some things got better [under Obamacare], but for the people in the middle, we’re paying a lot more than we ever were before,” said Michael Garson, of Escape the 1980s. “Clinton may not be talking about [Obamacare] as much right now, but I think that is one of her big issues.”

Among Clinton’s other plans to improve small businesses include cutting red tape, providing training for entrepreneurs in under-served communities and providing tax relief, an objective that Kara voiced her appreciation for.

“I think that smaller businesses deserve a certain break because they are rebuilding and often fostering the growth of the economy, whereas a lot of the larger companies should have their own set of regulations,” said Kara. “They’re at a different financial growth point.”

Trump favors decreasing government regulation of businesses, and many business owners of East Passyunk wonder once a nominee is elected what they as entrepreneurs are likely to face.

“I anticipate that Hillary Clinton will just keep everything the same, but I have no clue what Donald Trump will do,” said Garson. “With that, I feel like it’s a loose cannon.”

Zito also expressed his skepticism over big changes for small businesses at the national level.

“I don’t think either candidate really represents small business,” said Zito. “Trump is Trump Industries; Hillary served on the Board of Walmart. Where their opinions were formed initially will determine the policies they implement.”

For Kara, the shop owner hopes that following the election results people will continue to invest in their Main Street and the people that support them.

“If people aren’t reminded [to invest], and that small businesses are the backbone of the economic situation in this country, you lose them,” said Kara. “Then you lose these quaint little places that people love to walk around. They disappear.”

Trump may not be popular among small business owners, but he has been unintentionally great for business at South Fellini.

Following the Oct. 19 debate, where Trump called Hillary “a nasty woman,” its NASA-spoofing “Nasty” t-shirts became increasingly popular in the store and Etsy shop. The shop doesn’t plan to capitalize on any election-themed merchandise, however.

“It was happenstance with the ‘Nasty’ shirt, but we’re not going to be making any ‘Bad Hombres’ or ‘Make American Philly Again’ shirts,” said Zito.

“This election has been so divisive,” he continued. “We definitely are trying to be inclusive.”

–Text, video and images by Hayley Chenoweth and Kelley Hey.

“The neighborhood is changing where we’re seeing more people use bikes,” said John Dietterle, about what those in the neighborhood have noticed as of late. The uptick in bicycle usage in Philadelphia in the last [continue reading…]

The COVID-19 pandemic has greatly impacted small business sectors across the city, and East Passyunk Avenue is no different. Businesses along the avenue have lost revenue due to the pandemic with fewer people traveling through [continue reading…]

At the corner of Ogontz Avenue and Walnut Lane, a bright orange awning offered shade to a colorful storefront. Inside, owner Diane Caffie was bundling black and white balloon bouquets for one of her regular customers. Expressions of [continue reading…]