Melissa Page, the owner and founder of Mi Casita Preschool on Fairmount Avenue, has been involved with Mi Casita for more than three years. The school officially opened in March 2015. Currently, there are about 100 students enrolled in the school between the ages of 18 months to 5 years old. 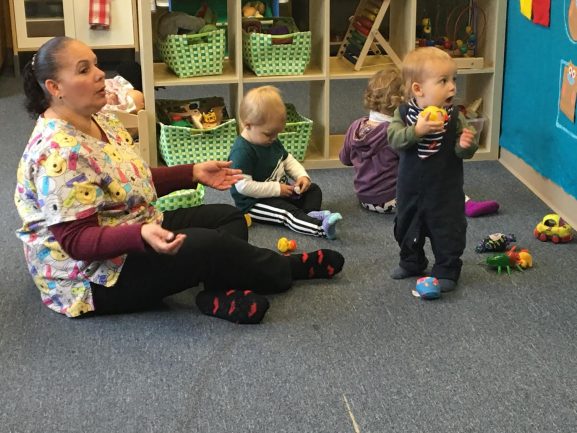 “It became evident pretty quickly that hardly any of the any of the students had a background in Spanish or any foreign language,” Page said. “The reason why is because there was not any availability to have Spanish. The first year you can really take a second language in the Philly school system is generally in high school.”

The lack of foreign language programs for young children inspired Page to make a change. Understanding the benefits of bilingualism urged Page to bring an immersion program to Philadelphia. At Mi Casita, all of the classes are taught in Spanish.

According to a 2013 analysis by Pew Research Center, about six out of 10 Hispanic adults in the United States speak English or are bilingual. Generally, bilingualism refers to one’s ability to effectively have a conversation and read a book or newspaper in another language. 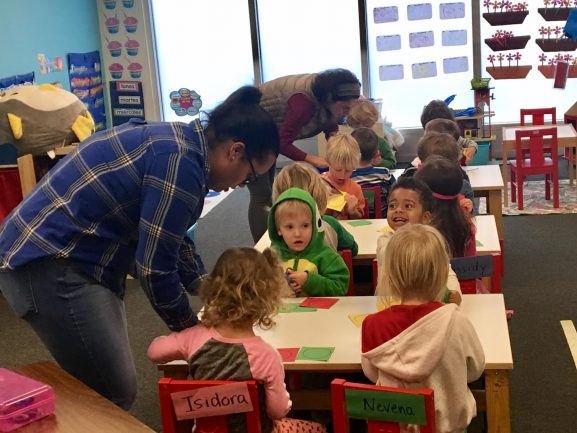 Numerous research suggests that the best time acquire foreign language skills is between birth and the age of 7.

“It’s best to get them in as young as possible,” Cloe Rosenwald, the director of Mi Casita, said. “Within a couple of weeks, we have kids understanding Spanish. The teachers are very big on using hand motions and pointing and acting things out. But also kids have the natural ability to understand a language – their brains are like sponges and they pick up a language instantly.”

For parents, schools that offer dual-language programs are desirable for many reasons. There are multiple benefits from learning a second language, which makes schools like Mi Casita admirable.

“I’ve seen children grow substantially from starting here,” Rosenwald said. “I’m thinking of one particular student who is now 4 and in the oldest class. She is fluent in Spanish and she’s proud of it. She’s been here for about a year and is able to go into a taxi and communicate with the taxi driver. Her parent can listen and is just amazed by this ability. Not only does it help with their cognitive skills, but it gives them a sense of pride and confidence that they potentially wouldn’t have.”

Mi Casita has been met with so much success that the school is looking to expand. Rosenwald shared that the school hopes to open another location in Philadelphia in the near future. Additionally, Page is currently in the process of opening a second school with the same name and concept in Fort Worth, Texas, where Spanish is much more prevalent.

“Being bilingual, especially in our global society is such a benefit,” Page said. “You’re able to communicate with more of the world’s population. It’s great for problem-solving skills and social ability, which ultimately influences how they approach problems and social issues later in life.” 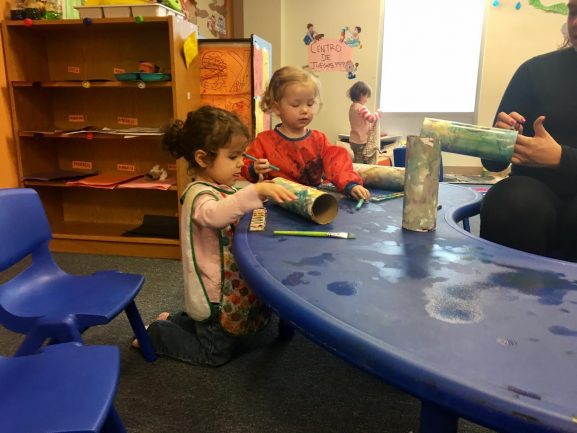 In contrast to more conventional styles of teaching, Mi Casita allots time for students to work on creative projects and apply lessons to “real world” scenarios. Previous examples include a class lemonade stand, a class-run restaurant where students served food, and more. This month, Mi Casita students are learning about transportation in general and how transportation can be a safe experience.

In addition to teaching bilingualism and project-based learning, Mi Casita focuses on family values as well.

“For me, the most important thing is that everyone here speaks and learns Spanish,” said native Spanish speaker Susi Marinas Corral, a teacher and assistant director of Mi Casita. “I love my coworkers because we are like a big family so it’s great working here. This was my second job in the United States and I’m doing what I love.”

“Beyond just being a preschool, we are really a Spanish speaking community,” Page said. “I was really intent on creating a happy, warm, supportive, family-like environment for my staff and all of our teachers and families. We really do consider ourselves a familia here. ‘Mi Casita’ means ‘my little house’, so we look at it as we are the family that lives in the house. You can see that in every single teacher and every single student here. All of the children know all of the teachers and vice versa. It’s a very familial place and I love that about our culture – it’s very special.”

Ninety thousand. That is the number of people Philabundance served in previous weeks within its nine-county regions in Pennsylvania and New Jersey. Eight hundred of those 90,000 meals are prepared by the students of the [continue reading…]

Mercy Family Center, located at 1939 W. Venango St., provides care and assistance to anyone in the Nicetown-Tioga area who may need it. The center got its start when a local parish house realized there [continue reading…]