The board chose the name Timoteo because the name is rooted in the Bible. Timoteo stands for Timothy who was mentored by the prophet Paul, making sure they kept the notion of mentoring in the name.

“I see a work of God in this community and with these kids,”  Timoteo general manager Chris Lahr said. “It is an honor to be a part of it, because it is an honor to see so many of these guys raise up to become leaders when I saw them as bratty 12-year-olds. Now they are 25-year-olds and they are doing something with their lives.”

Today, Timoteo consists of its original youth league as well as an adult football league called Paulo K.O.H.L., a Timoteo basketball league, as well as a summer camp, internships and media crew. The group uses the field at Scanlon Playground.

Paulo K.O.H.L. consists of eight teams and 150 players. Lahr said whenever Timoteo starts something new, the people come to it.

“It grew organically,” Lahr said. “I remember being here a few years and we were like ‘I wonder what would happen if we started Timoteo TV, what would that look like?’ and then we came out here with little tiny flip cameras and walked around and broke down the game with the kids.” 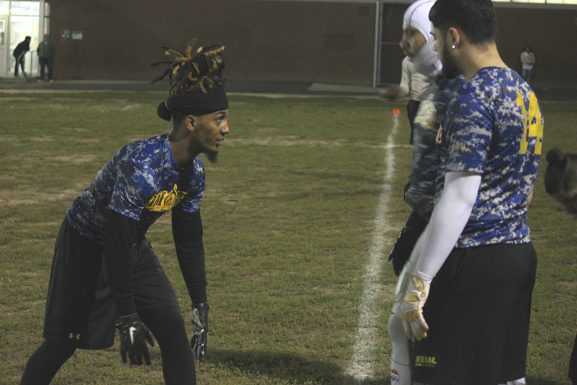 Timoeto has three different websites with timoteofootball.com, palokolfootball.com and timoteosports.org for people who want to donate and learn about the league. The websites release weekly “Timeoteo Top Ten” videos, showcasing the highlights from all the games.

Lahr and the Timoteo board selected four people to be a part of the media crew. The media crew is in charge of award tapes and a ESPN-type high light show.

Another group of four are selected to participate as referees during the game, teaching the youth skills on how to properly ref football games. All these opportunities started with the Timoteo summer camp.

“Out of 250 kids, we identify eight youth of 16 to 17 years old as leaders with at least one more year in the league,” Lahr said. “We take those kids through an interview process, resume and from that, we pick eight of them to be our youth coaches and then they have a summer job.

“With one more year in the league, we see the leadership capabilities they have in the summer camp transfer over to the league.”

In order to keep the relationships with the players for 12 months of the year, Timoteo started its inaugural basketball league Oct. 29, 2016.

“It is what the kids wanted, they wanted to add on another sport,” Timoteo program manager Buddy Martinez said.  “It is in its first year so we are trying to develop it, but we are excited to see it grow.”

Martinez is a member of Timoteo for the last six years and started as player, but is now coaching in the adult league. After growing a passion for the league and the message of mentoring the youth, Martinez wanted to give the kids another sport they could participate in during the winter.

On the first day of the basketball league, more than 200 people packed the Olney high School gym at 9 a.m. The league ran into some problems with two teams of the eight teams absent, leaving some kids having to play for two different teams.

Similar to Paulo K.O.H.L.’s start, Martinez said the league expects some rough patches, but expects it to grow each week because of the community built through Timoteo. 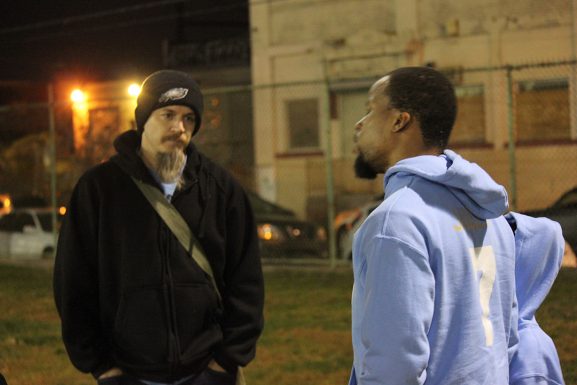 “There is no way I could put something together by myself like that,” Martinez said. “The guys want a safe place to play and express their athletic abilities, but one thing that has grown out of the league for sure is you have guys who are acquaintances, but grow up as family.”

A member of the Penn State team in Paulo K.O.H.L., Ruben Ortiz has a youth and adult league team for basketball. Ortiz treats this league as another place for youth to receive more mentoring, but at the end of the day it is fun.

“They built a bit of a sub culture here in north Philly, it is just a good time,” Ortiz said. “You get hooked into the sports and then when the mentoring aspect gets involved, you build some pretty good relationships and when you are out here, you can tell.”

It is the members who help Timoteo grow. The players wanted more leagues, Timoteo brought in more leagues.

The players wanted something in the summer, Timoteo created a summer camp. By starting media and referee internships, players are learning skills beyond the field.

This is the reason why the members feel Timoteo will only continue to grow from this point on.

It was in the 1970s when drug use and the violent state of the neighborhood spurred a unique change among a small group of Puerto Rican women in West Kensington. These women, called the Grupo [continue reading…]