According to the National Coalition Against Domestic Violence, domestic violence accounts for 15 percent of all violent crime in the United States.

Incidents can be found in most, if not all, communities across the country. People have looked to different methods to combat domestic violence and physical assaults. Most methods have included weapons such as guns, knives and stun guns. However, one method that has seen a growing number of people using it is martial arts.

Martial arts, like judo and Brazilian jiu jitsu, help people not only stay in shape, but also teaches them skills on how to better protect themselves from danger with using only their body. 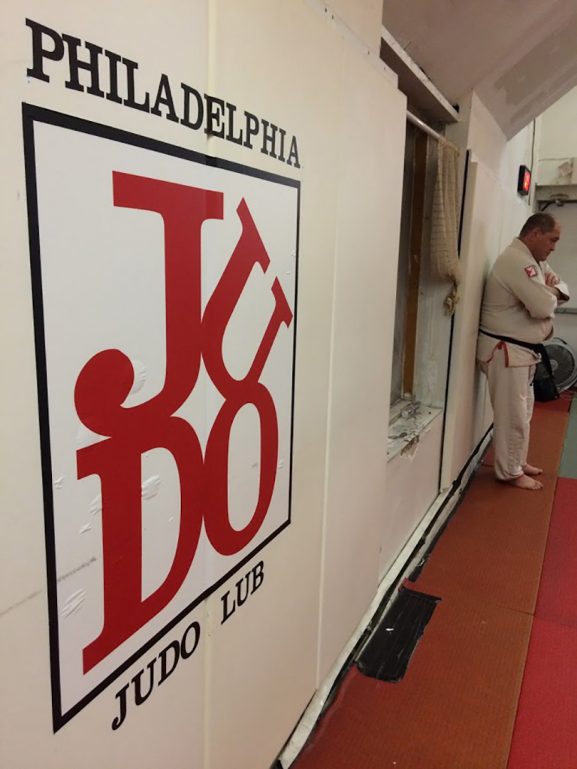 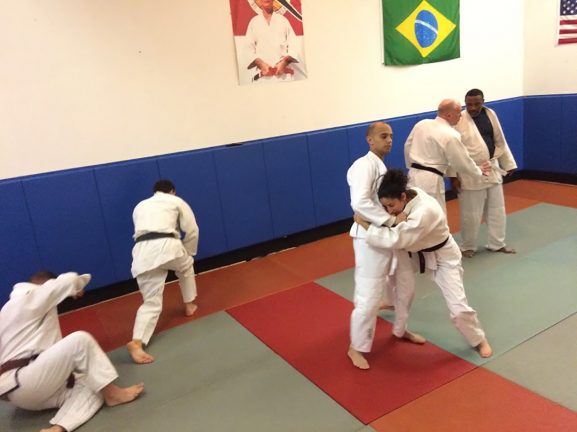 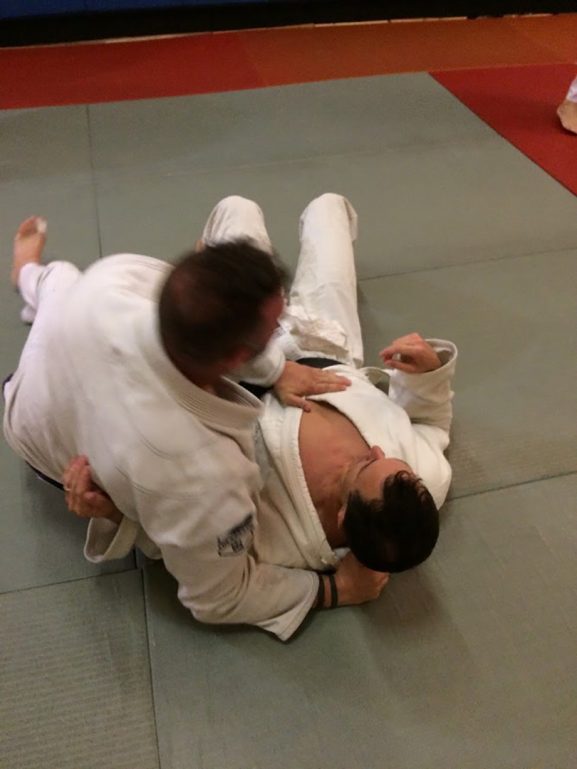 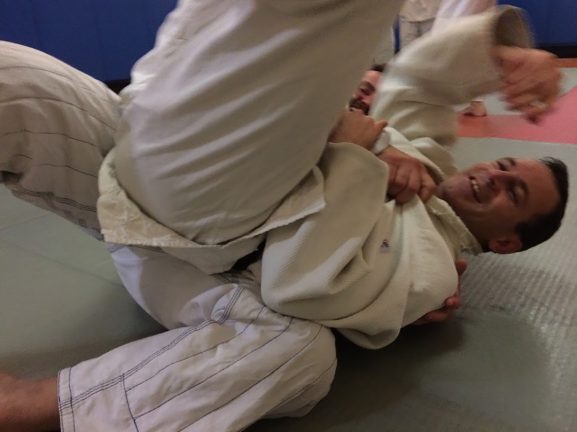 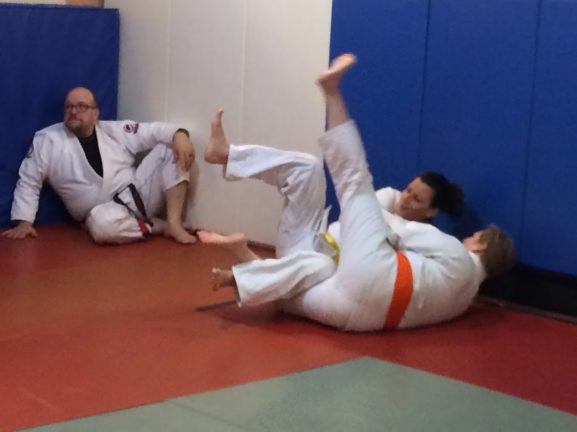 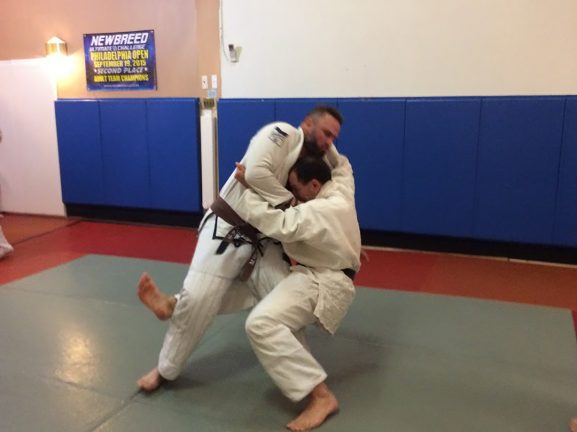 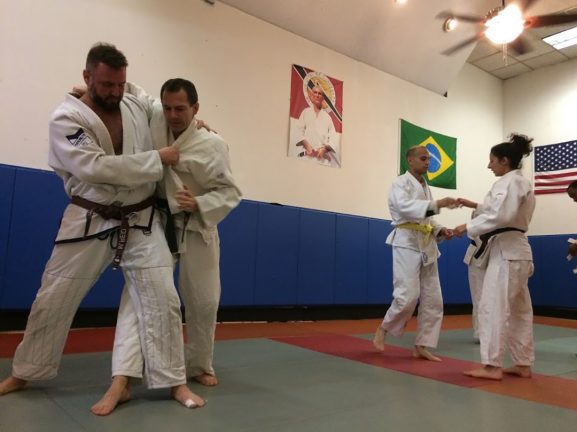 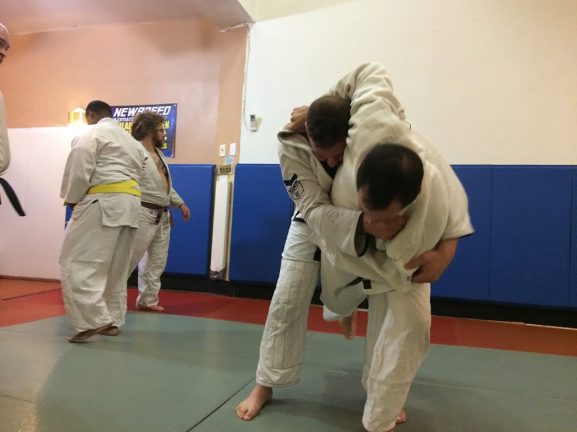 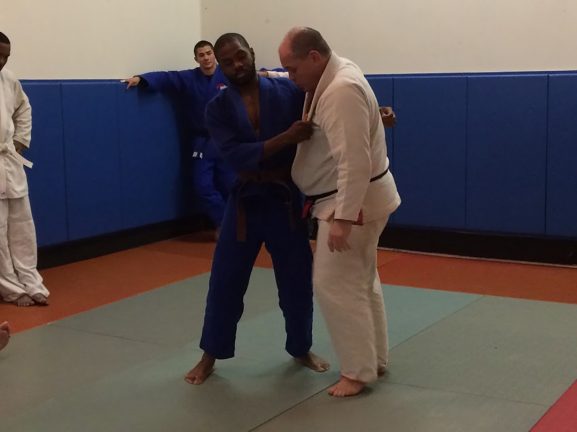 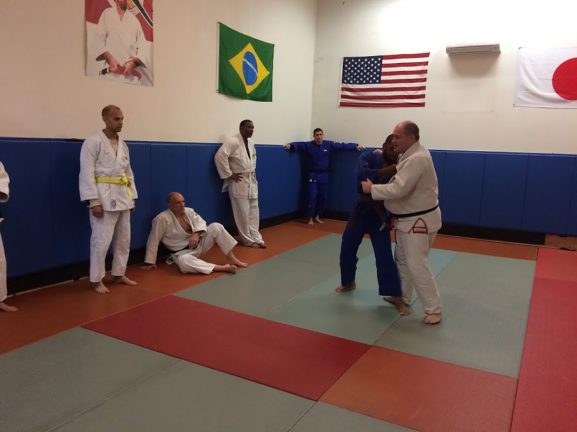 <
►
>
This is an example that shows size does not matter. This is something Huxen preaches to his students.

Raymond Huxen (below), co-owner of Osagame, emphasizes to people who are new to martial arts that the skills they will learn from Brazilian jiu jitsu and judo will help them understand how to avoid serious injuries.

“We teach somebody how to fall down every single class,” said Huxen. “One of the things we talk about is the idea that not everybody gets into a fight. Everybody falls down.”

There’s a right way to fall down and there’s a wrong way. If someone falls down correctly and efficiently, he or she is less likely to break their arm or ribs. Huxen and his team emphasize to people new to the sport that the last thing someone wants to do is hurt themselves under their own power.

“We teach you to kind of roll with the fall, take it in the safest way as efficiently as possible, and you end up with a way in surviving a fall,” said Huxen. “You may get banged up, but you won’t get broken.” 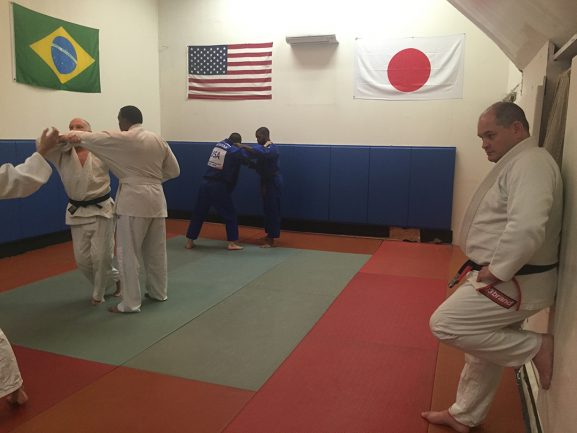 The interesting part about his classes, Huxen said, is that they have continued to grow in size over the years.

“Fifteen years ago, you really had to be looking for jiu jitsu,” said Huxen. “You had to go and find it.”

Those growing numbers of athletes are coming from men and women of all ages. Self-defense and martial arts continue to go hand in hand and that is one of the driving forces as to why women choose to get involved.

The results showed that about 12 percent of those who did take the self-defense group reported sexual invasion whereas 30 percent of the female college students who did not receive any self-defense training experienced some sort of sexual invasion. Overall, the study concluded that the end results were consistent with the nationwide sexual victimization rate of female students in college.

“They [women] can learn all these skills that let them protect themselves in a really dangerous world,” said Huxen. 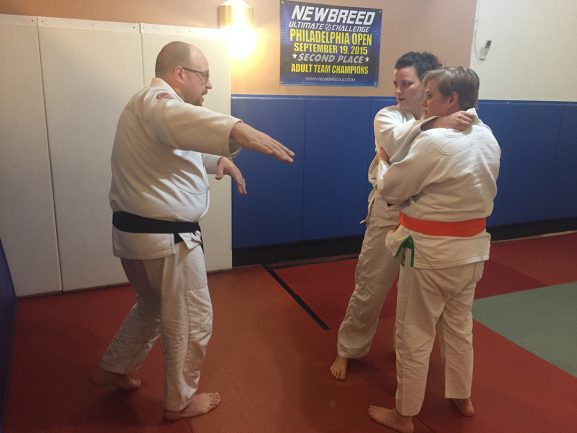 Huxen’s wife, Beth Goldstein-Huxen, is the co-owner and instructor at Osagame. She notices that women are in the minority when it comes to the sport. However, she says that women, especially, can see just what a life-changing experience learning self-defense skills can be. She describes judo and jiu jitsu as methods that are easier to learn than what people think.

“It’s very simple,” she said. “It’s very easy to remember, God forbid you ever need something like this.”

Athletes in judo classes don’t view each other as opponents or as the enemy preparing them to fight back. They are constantly reminded that the judo is a safe and welcoming place.

It’s that kind of environment that allows members to continue to grow and learn new ways to better protect themselves from the dangers that the world can throw at them. Osagame trains its athletes to become better at the techniques of self-defense and cheers them on in judo competitions, but realizes that not everyone may be looking for that kind of workout.

“We’re the kind of place where we work hard, we sweat like pigs, we have a great time, and the next day we all get up and go to our regular jobs,” said Goldstein-Huxen.

Osagame is one of many places in Philadelphia that offer martial arts as a complement to self-defense. There are ties between the two and judo and jiu jitsu aren’t just for women, college students or young people. Osagame’s message has been consistent with as long as it’s been around. Judo instructor Eric Johnson tells his athletes that everyone can get something out of it. 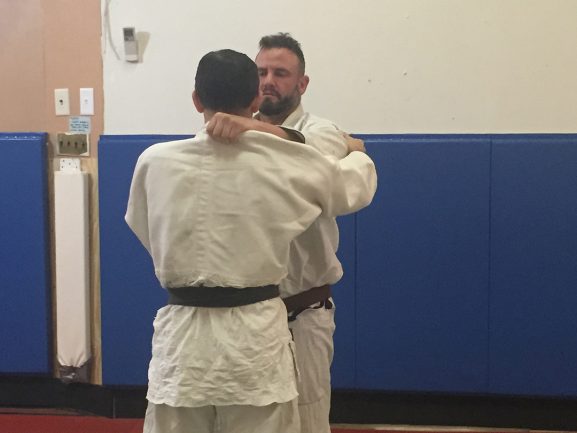 Sometimes the best defense is knowing how to avoid injury. Even Osagame’s owner, Raymond Huxen, stresses that not everyone gets into fights, but everyone falls down and martial arts helps people learn just that and how to defend themselves in dangerous situations.

– Text, images, and video by Christopher Abruzzo and Matt Scull.

“One, two, three, two, two, three and go!” Kun-Yang Lin said as he stood in front of his ensemble of professional dancers at CHI Movement Arts Center (CHI MAC) and gave notes during rehearsal of a restaged [continue reading…]

The Jack Costello Boxing Club is a nonprofit organization that was founded in 1996 by Tim Costello and his family in honor of his late father. “After he passed, we figured what the heck,” said [continue reading…]

Nobody likes when something cherished is taken away. So it’s understandable that residents were distraught last October when they learned that Autumn, a mural by David Guinn that overlooked a parking lot on the 600 [continue reading…]