Coach Troy Holiday took a circuitous route to rediscover his love for basketball.

The New Jersey native was once himself a standout basketball player at Germantown Academy before attending Loyola University Maryland. After graduating, he became a salesman for a biotech company.

But when the sales force for the company was released, Holiday was stuck at a crossroad. 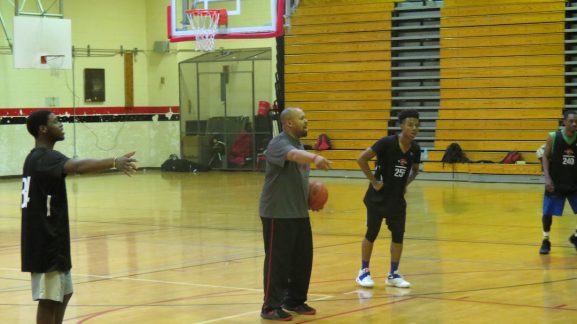 It was Holiday’s parents, two lifelong Philadelphia educators, who convinced him to turn to teaching.

“I was very reluctant,” he said. “I was very resistant to teaching. My parents said, ‘Just use it as something to do for now. Just get into teaching, you may like it’.”

Today, he doubles as the head basketball coach at South Philadelphia High School and a teacher at the Bodine High School for International Affairs. Holiday was promoted to varsity head coach at Southern after spending four years as the junior varsity coach.

However, Holiday still takes his role in the classroom seriously. His constant message to his players: “walk the walk, don’t talk the talk.”

“I think it’s important that they see me and say, ‘Okay, he handles his business in the classroom’,” he said. “So when I come out on the court they understand that when I talk about academics, when I talk about grades, that’s priority.” 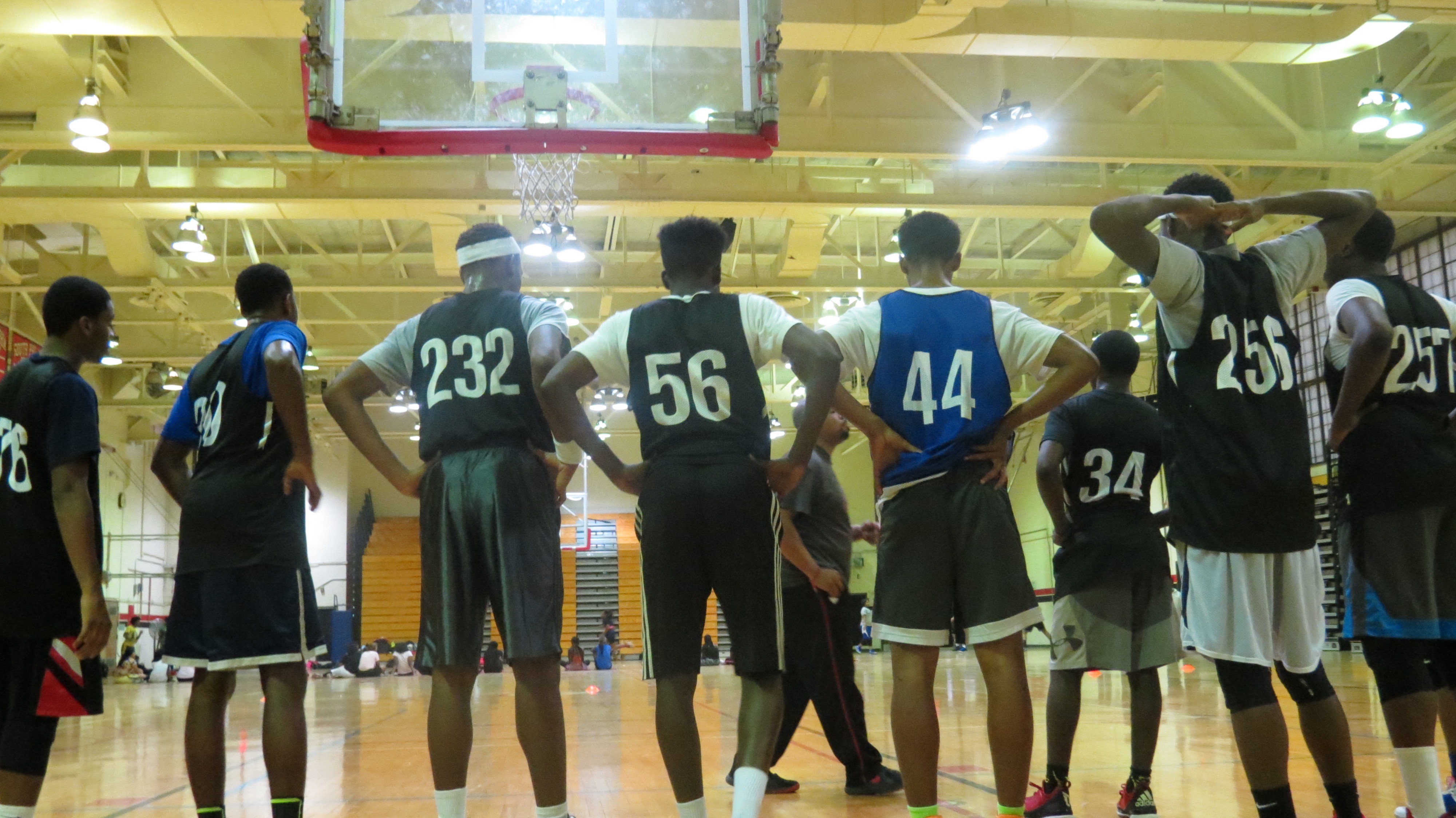 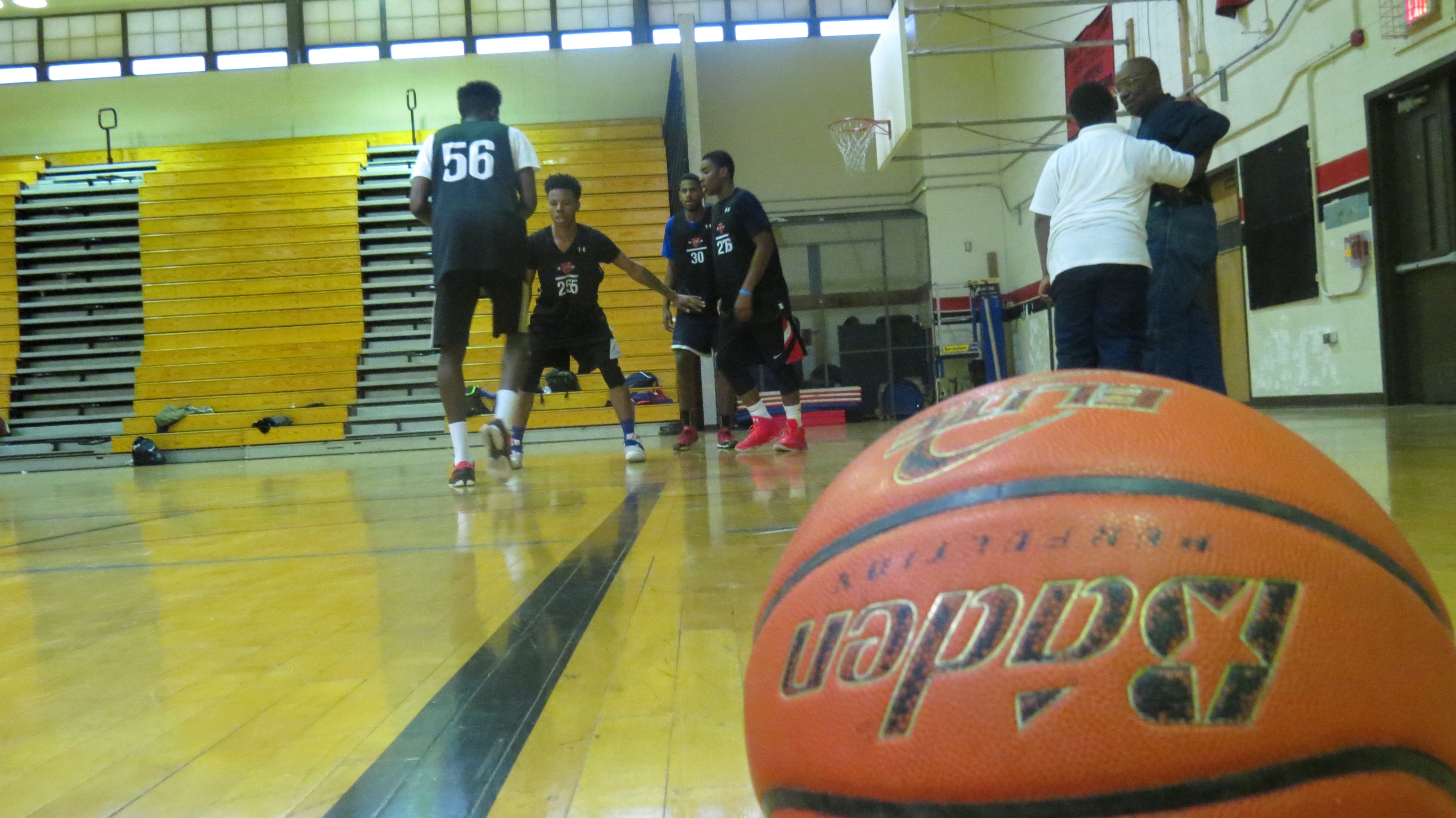 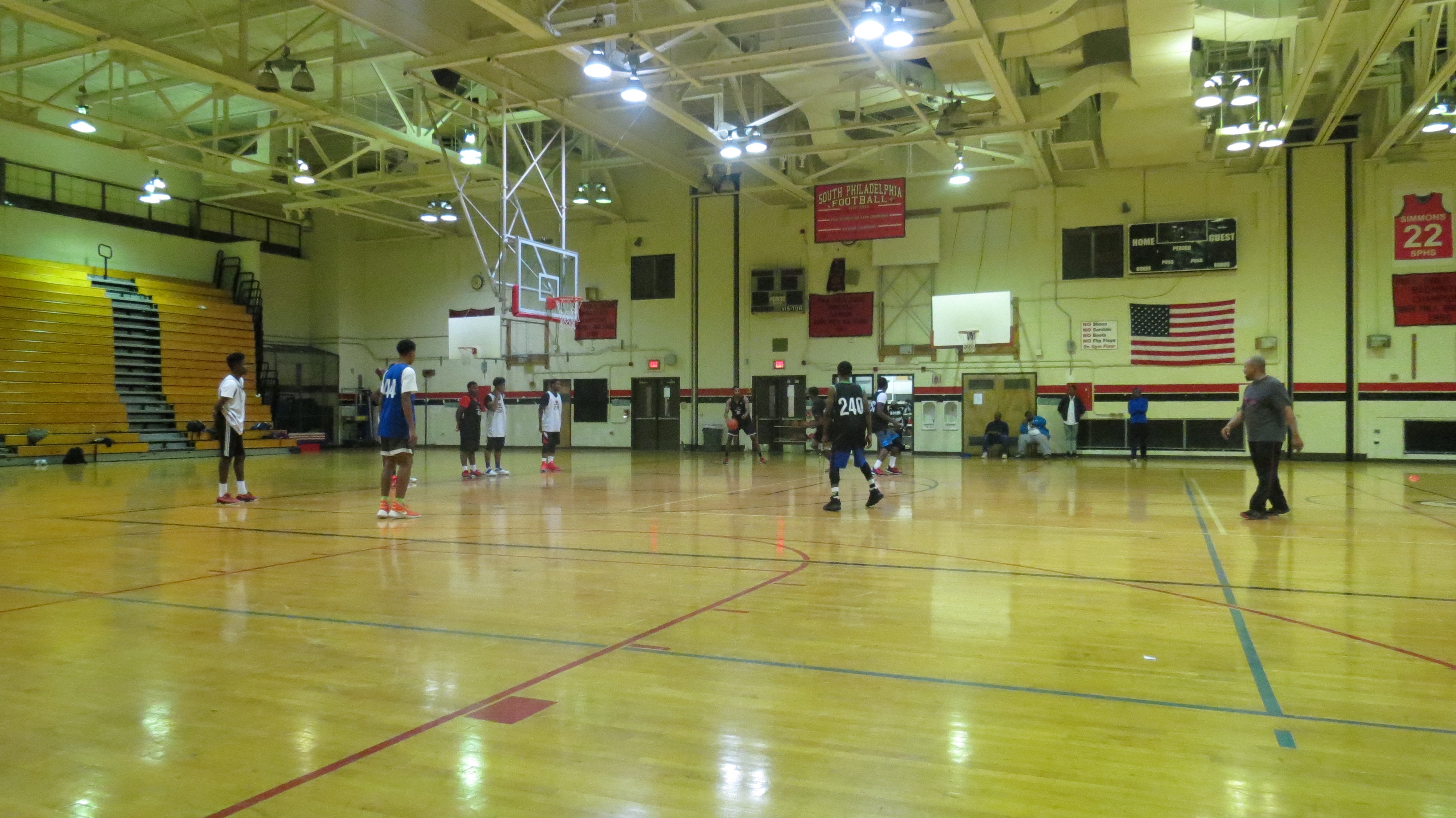 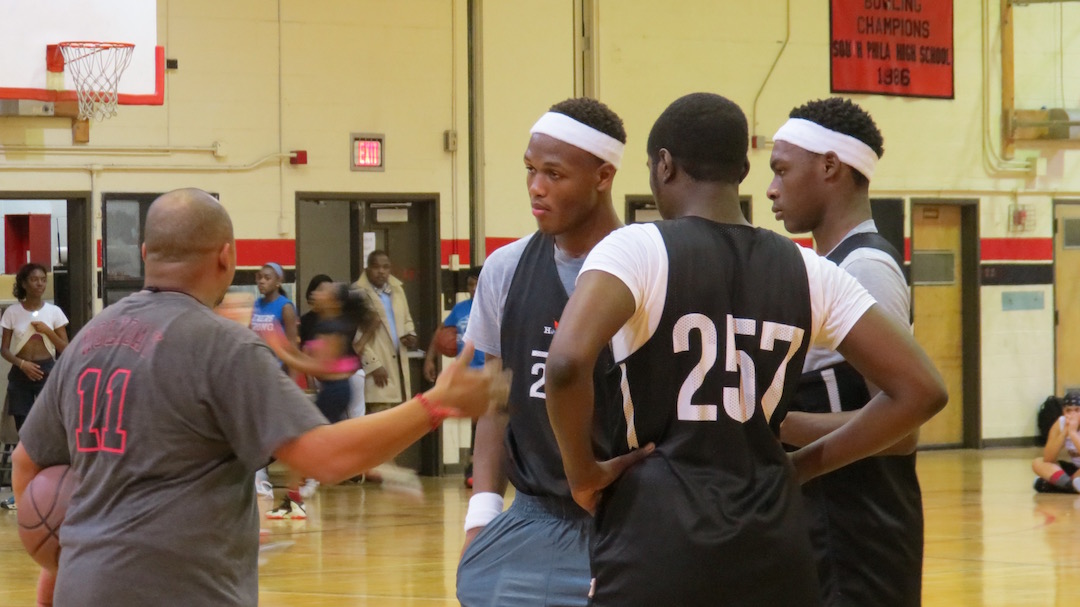 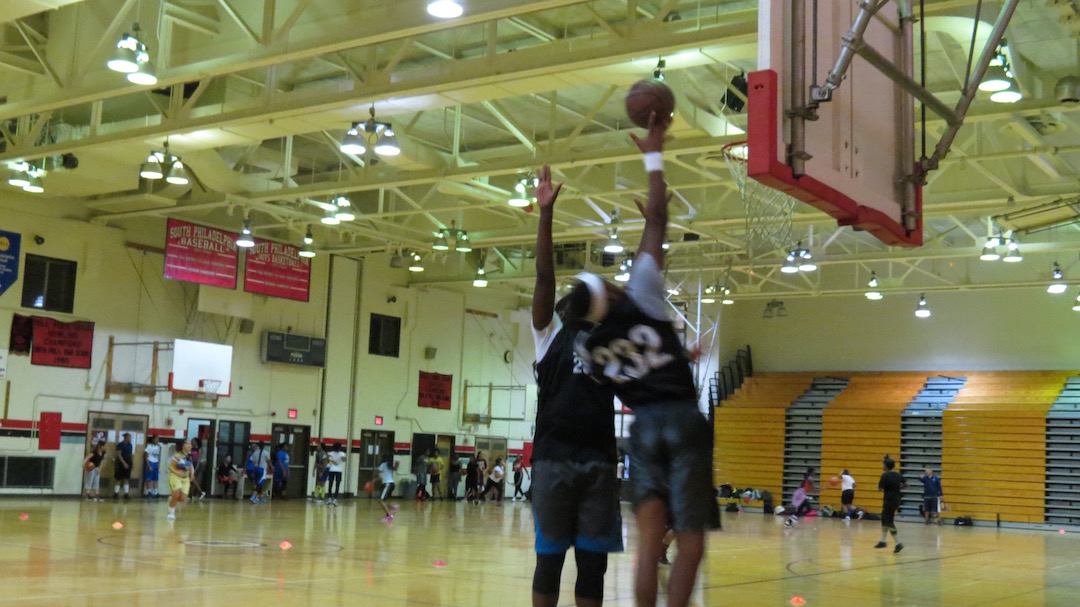 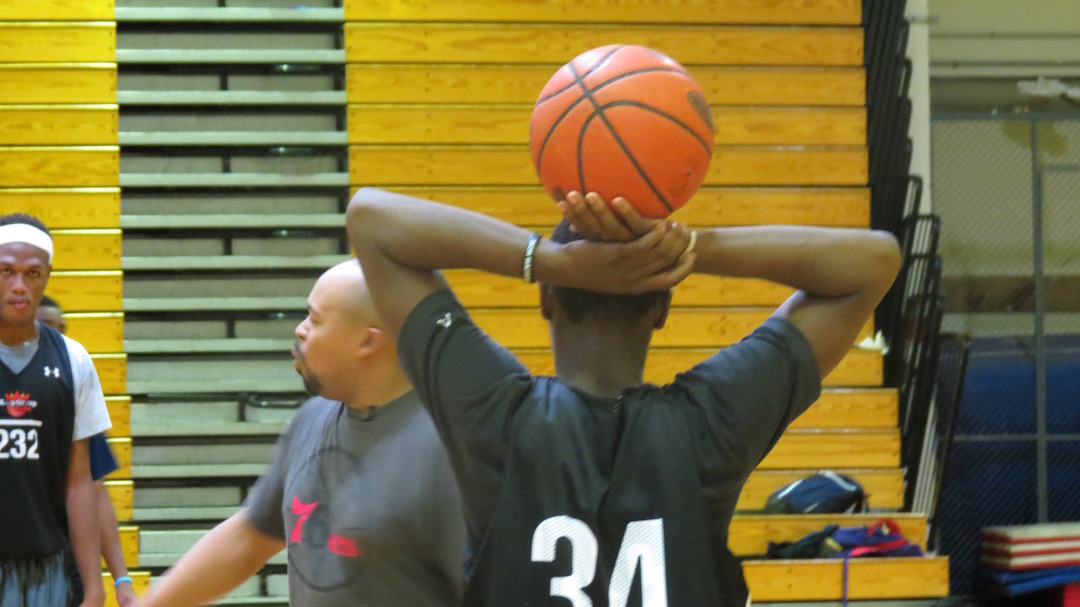 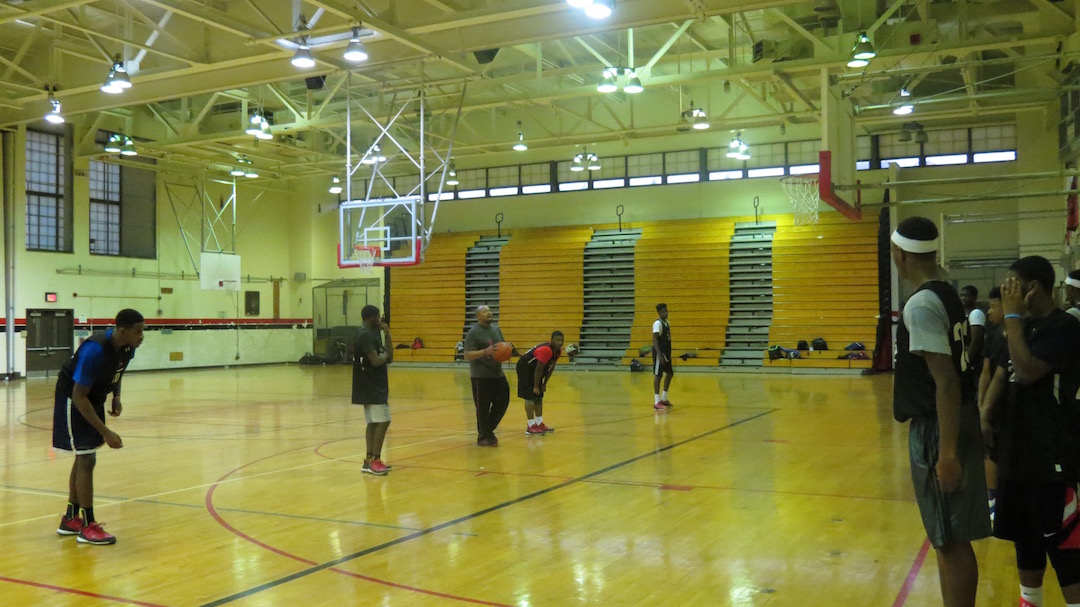 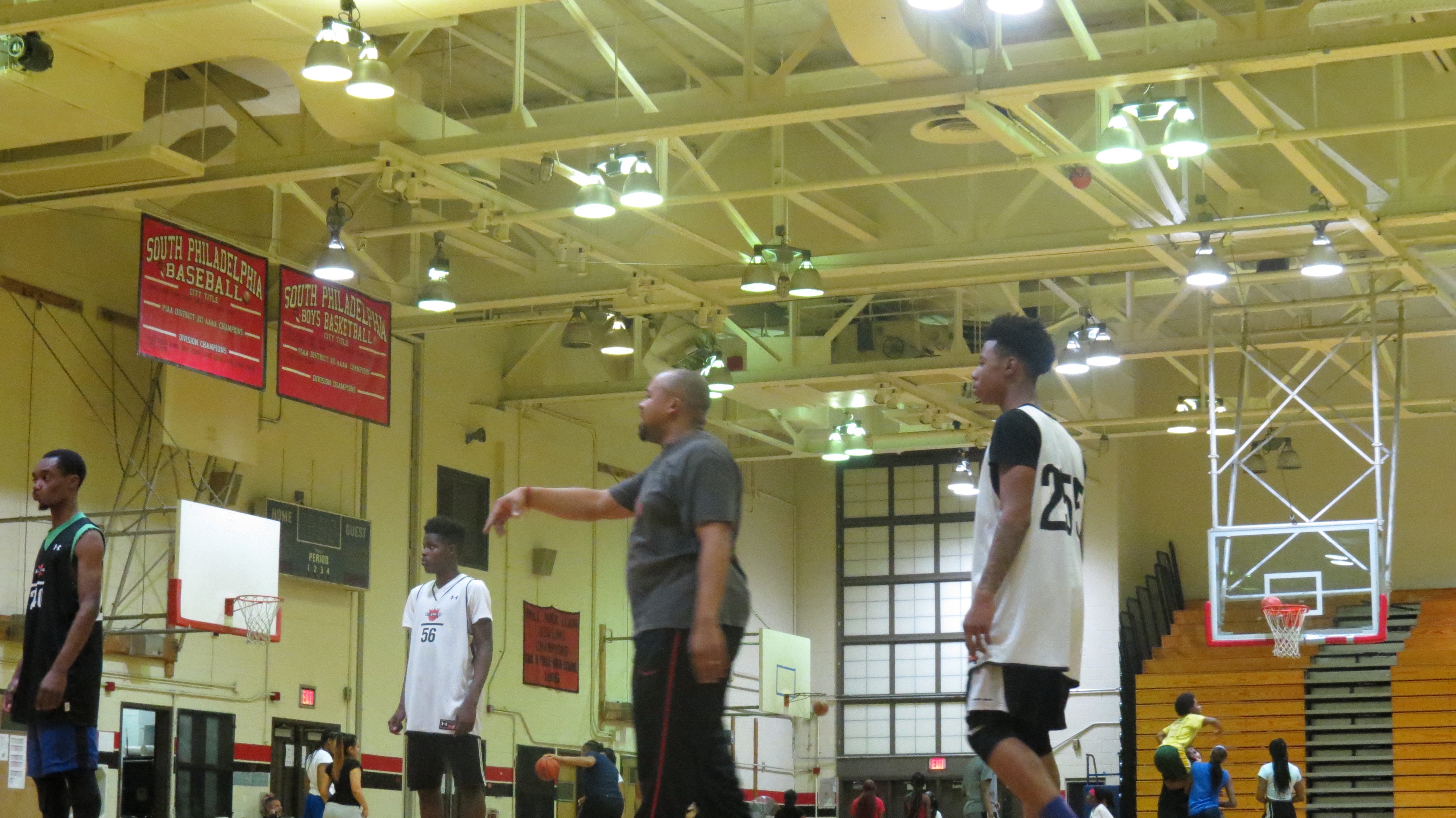 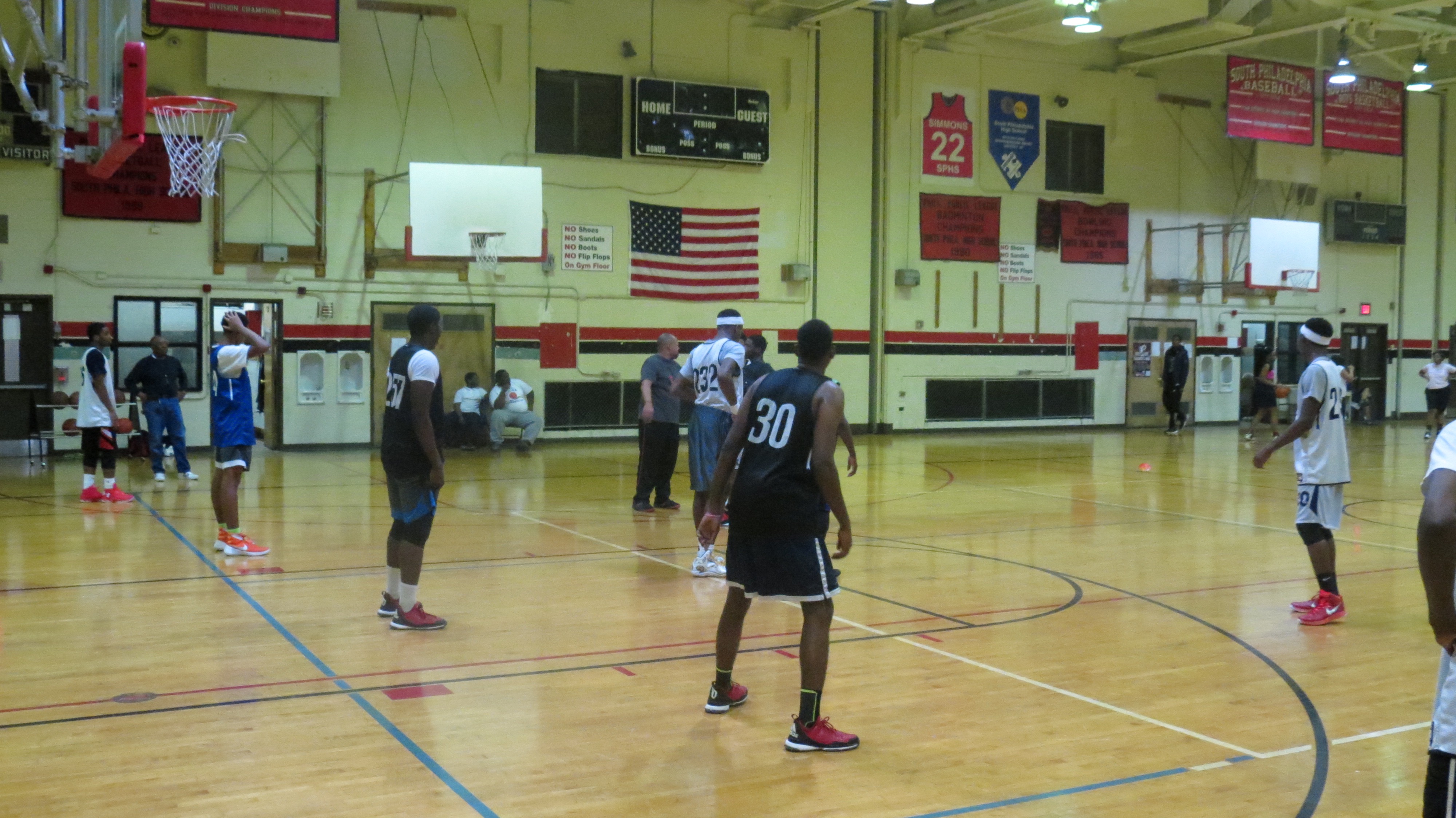 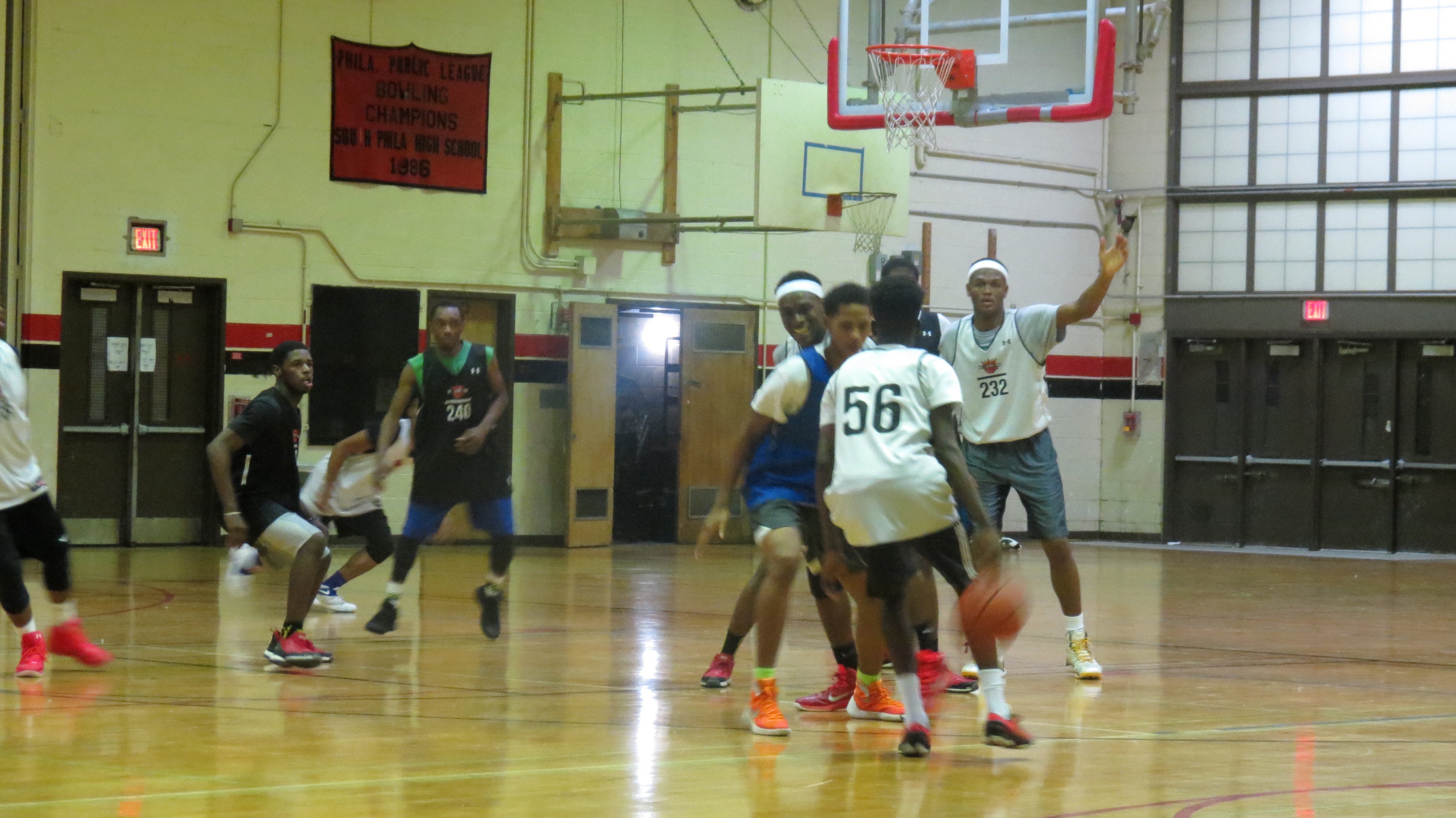 Holiday’s “student-athlete first” message has become harder to exemplify for his players since moving to Bodine. He was a biology teacher at Southern for three years before low enrollment forced him to change schools.

Principal Kimlime Check-Taylor has seen firsthand the impact that Holiday had on his players while he was at Southern.

“That was a major connection that he had with the students,” she said. “But, the relationship he maintained with those kids was amazing because a lot of times boys don’t see male teachers teaching them. That’s really important.”

Senior forward Barry Quartlebaum Jr. is entering his fourth year as a member of the Rams varsity team. The 17-year-old said that his relationship with Holiday is built on a sense of trust he has rarely experienced with other coaches.

“All the other coaches that were here kept bringing me down low, trying to make me a big man,” said the 6’3” Quartlebaum. “But then Coach Holiday had tested me out to see if I could shoot the ball. He trusts me.”

“When I first met Coach Holiday, he treated me like one of the players,” Bryant said. “He’s one of the best coaches I’ve ever had. Right there in that top level. He pushes me, he motivates me, he makes me do my school work.”

When athletic director and head football coach Frank Natale first came to Southern, Holiday was still the JV coach. In the last three years however, Natale, a football coach in Philadelphia since 1973, has seen a certain maturation in Holiday.

“I think he does a nice job,” Natale said. “He got a job as a head coach very young. A lot of things you learn are through experience. He’s just starting that.” 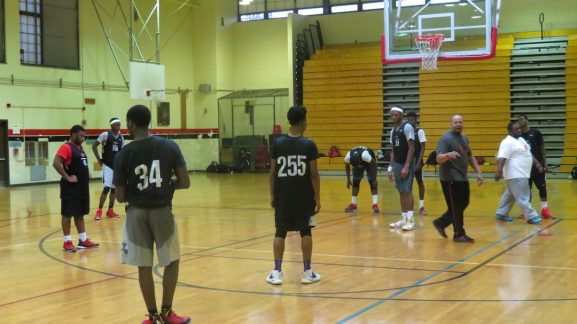 On top of all the growing pains that accompany being a first-time coach, the ever-prominent funding and enrollment issues in the Philadelphia School District have also put a strain on Holiday and the Southern athletic program.

“His heart is in the right spot,” Natale said. “He coaches hard. But finding students to play for you becomes a very difficult situation.”

Holiday, meanwhile, tells his players to only worry about what they can control.

“When we go out and we play these other teams and they got the nice gear on, they have the team-matching sneakers, it does impact us,” Holiday said. “We have to go out and raise the money ourselves. But all in all, the players have kept a good spirit.”

For Holiday’s players, basketball is not primarily an avenue for nice basketball gear, but a rare opportunity waiting to be seized.

“If you want to make something better for your life, then this can be your route,” Holiday said of his players. “You’re fortunate because you’re 6’5”, 6’6”, you can handle the ball. You’ve been given a gift. You have to cherish that gift and you have to take advantage of it.”

With his biotech days behind him, Holiday has found peace in a new profession that helps him lay a path to success for students in a community he cares about, and keep his love for basketball alive.

-Text, photos and video by Ben McWilliams and Tim Merrick.

For five years, Trang Dang has been labeled a victim. “For me, the definition is very hazy,” she said. “But people have always identified me as a victim of violence, so I was like, ‘OK, [continue reading…]

To find some of Philadelphia’s richest athletic history, one has to look no further than the halls of South Philadelphia High School. Trophy cases and plaques line the corridors, celebrating everyone from Eddie Gottlieb, one [continue reading…]

Josh Verlin, the owner of City of Basketball Love, can often be seen frantically scribbling notes as he scouts high school basketball talent and conversing with coaches gauging their interests in prospects. There are only a [continue reading…]