Malcolm Kenyatta grew up in North Philadelphia and graduated from Temple University. He is now the member engagement coordinator for the Greater Philadelphia Chamber of Commerce and the youngest member of the Liberty City LGBT Democratic Club. He described himself as North Philly’s biggest fan. Kenyatta’s work has reached a higher level of importance and urgency with the introduction of the new presidential administration.

How is the current political climate affecting your work?

We all have a big duty and responsibility to figure out what we can do to help push back against an administration that, in my view, is anti-American. Mike Pence is not only a disaster, he is the most anti-LGBT vice president we’ve ever had.

That’s really scary because what we’ve seen is that Trump doesn’t know what’s going on in his administration. He’s sort of just signing stuff that’s being given to him, and just going along with it.  Hopefully we can keep the consistent resistance going, because it’s born some fruits. 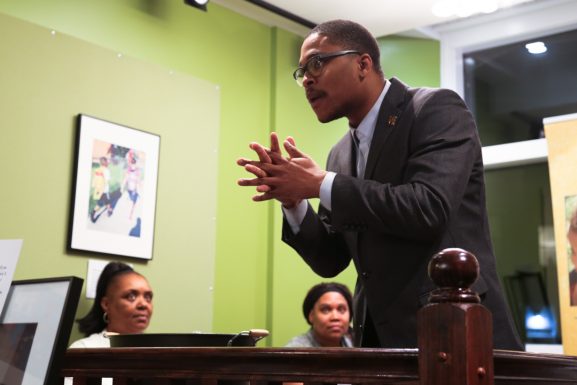 What do you see as the current goals for Philly’s LGBT community?

I think we have to start thinking more specifically about getting LGBT candidates in office. Public policy ultimately reflects those that are implementing it. When most of those people are 60-plus-year-old white straight men, we get 60-plus-year-old white straight men’s policies that aren’t reflective of our country and how our country continues to change. So, that has to be a priority.

We’re lucky that our city is the most LGBT-friendly city in the state but there still aren’t LGBT protections statewide. There’s the Pennsylvania Fairness Act, which was just reintroduced, which hopefully will lead to some of those protections. But being protected in Philadelphia County, and then walking across the street and not being protected, that’s not good.

So, as the economic engine of the state, as the population mecca of the state, we have a lot of responsibility in trying to push initiatives like that statewide and trying to expand some of the protections that we have to the broader commonwealth.

You are an advocate and an activist for both North Philadelphia and the LGBT community. How do these two areas of your work interact or intersect?

I think we have to start thinking about all issues from a space of intersectionality. I come to every table as a Black, gay, Christian guy from a poor neighborhood in North Philly. I’m all of those things all of the time. When you look for the intersections you find them, because they naturally exist.

North Philadelphia is the heart of our city. A lot of people live here, and a lot of those people are gay. When you think of LGBT issues, that’s really, in a lot of cases, as intersectional as you get.

The LGBT community represents every religious tradition, every age, every ethnicity, every race, every gender identity. There’s a lot of overlap. 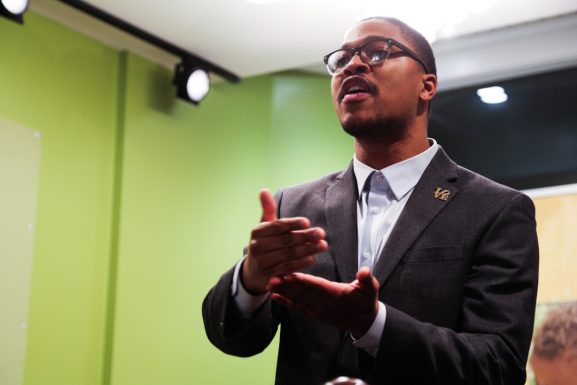 What changes have you seen in Philadelphia’s LGBT community?

At the Chamber of Commerce, I run all of our diversity inclusion initiatives and I’ve been very proud of the work we’ve been doing to expand our definition of diversity. It’s not enough to have a room of straight white guys, throw in some Black guys, and – boom – done.

We have to constantly be asking ourselves, “Who is not at the table?” And that is what we did at the Chamber this year in a variety of different programs. I’m going to continue to push us to do that even more. 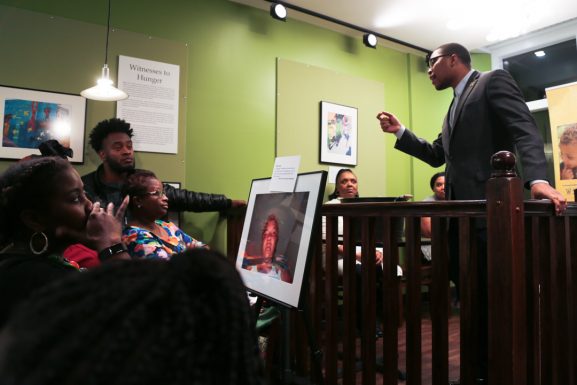 Was it a conscious decision to become an advocate for North Philly and the LGBT community?

I don’t remember a time where I wasn’t interested or engaged. My grandfather, Muhammad Kenyatta, was a civil rights activist, and he ran for mayor of Philly in 1975. So, I feel like I come from a family of people who are engaged – and have been engaged, so I’ve always just been interested.

Mother Teresa has a quote that I love where she says, “Never worry about numbers. Help one person at a time and always start with the person nearest you.”

That’s what I try to do every day. I try to do what I can and start as close as possible.

–Text and images by Taylor Andrews-Spicer and Emily MacMullen.

Allegheny: Five People You Should Know

Allegheny West is on the rise. Community leaders are fighting poverty and hunger, but they’re also being proactive – job training and placement is offered through more than one organization. Although the end goal is [continue reading…]

Since last September, the Somerset Neighbors for Better Living has tackled the topic of what to do with vacant lots during its monthly meetings. This civic association in Kensington is now ready to roll of [continue reading…]

North Central: A Day of Coexisting at Penrose Park

https://vimeo.com/44622577] Penrose Park, located at 1101 W. Susquehanna Ave., has played a huge role as the corner spot in its local community. It is a place, especially with the newly embraced long summer hours, where residents [continue reading…]