Young children played and screamed happily at the Lenfest Center on N. 10th St in Hunting Park as Gil Motley arrived for his chess club. His infectious smile and personality captivated the space as he walked through the door to Classroom A, where his club will soon commence.

As Motley entered the room, he reached high above a cabinet for the lifeblood of his class – a cardboard box that holds all of his chess boards and chess pieces.

Motley, known as Mr. Gil to his students, has taught chess at the Lenfest Center through the Philadelphia After School Activities Partnership for eight years. He has also been teaching chess to children on the front porch of his home in West Oak Lane for the past 40 years. He uses chess as a way to keep kids off of the street and develop their life skills.

Motley’s passion for chess started in the seventh grade after he watched a match. When he asked the two kids if they would teach him how to play, he was surprised by the response he got. 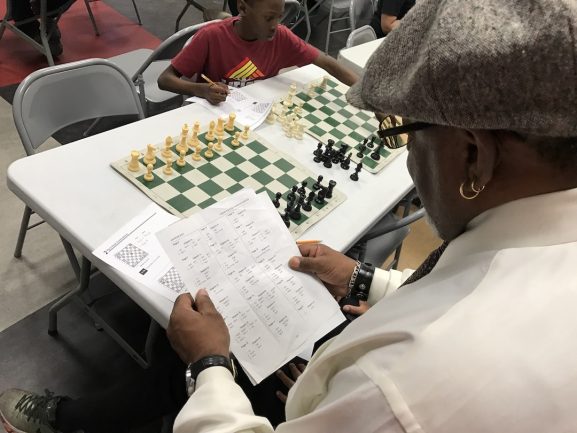 “I saw a couple of guys playing chess and right then I learned how cruel children can be,” said Motley. “Those kids told me I wasn’t smart enough to learn how to play chess. My history teacher heard that, took me to his classroom and gave me a book on how to play chess.”

After getting the chess book from his history teacher, Motley taught himself how to play chess and he now uses what he learned as a way to pass it on to kids that are eager to learn the game.

“I started teaching chess when I was in the School District of Philadelphia,” said Motley. “I saw a need for the students to critically think and have a focus in life. You have to think before you do something and there are consequences to making the wrong moves and that is what I try to teach them here.”

Motley’s and his chess club meet three days a week at the Lenfest Center. They meet on Mondays and Wednesdays from 5 to 7 p.m. and on Fridays from 4 to 6 p.m. 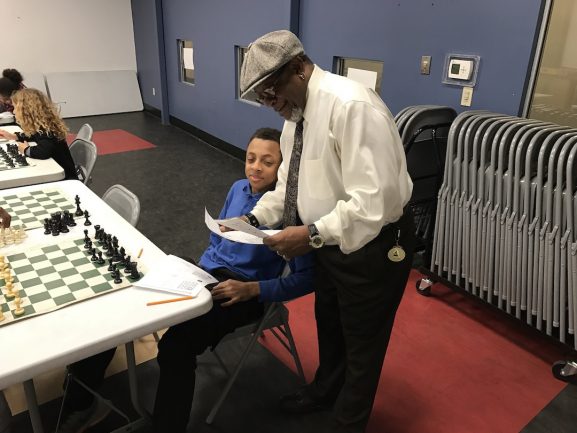 When Motley first walked into Classroom A to set up, it did not take much time before some of his students came in and helped him set up chairs, tables and chess boards while Motley got his chess worksheets and pencils out. The kids always greet Mr. Gil and he always responds by asking how school was.

Laura Swanson has been helping Motley since November 2016 after she moved to the area from New Mexico. Although she has been here for a short amount of time, she has seen how important Motley is to the kids and to the community.

“Mr. Gil controls the classroom in a way that I have never seen from another teacher,” said Swanson. “Mr. Gil holds the kids accountable, keeps them engaged and keeps them working even though they have had success in the past. He is a very selfless person. He is dedicated to the community and he is dedicated to enriching other people’s lives.”

Many of Motley’s students have won titles around the city. Motley said chess isn’t for everyone, but it takes commitment and a desire to improve. 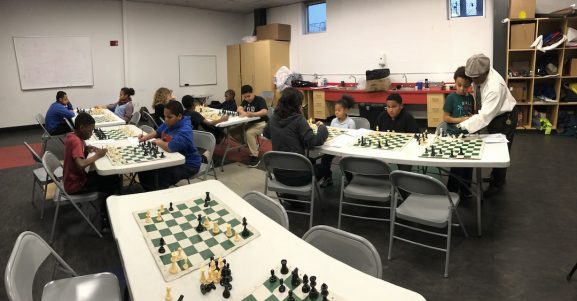 “We have won a couple state championships, several city championships and my girls have won girls tournaments as well,” said Motley. “I can’t say enough about the performances in the individual tournaments because sometimes the kids that win I have only been teaching chess to for a little more than a month. It shows me they have a willingness to learn.”

More recently, Motley’s kindergarten through fifth-grade club finished in first place at the 10th anniversary of the Checkmate Violence Tournament on January 21.

Lawrence Robinson, now a third-year sophomore at Temple University, spent one year in Motley’s club. Through the chess club, he received a scholarship from the Philadelphia After School Activities Partnership that helped relieve some of his college expenses.

“I think Mr. Gil is an amazing man,” said Robinson. “When I first met him, I came from a hard life in Southwest Philadelphia and he became a father figure to me. He has taught me more about life far beyond the game of chess. He is someone that I will never forget and I am thankful I came across him in my life.”

The future of the club is strong and Motley said he would love to see some new faces come in and give his club a try. Motley said the kids’ futures are important to him and he wants them to use chess as a way to make a difference. 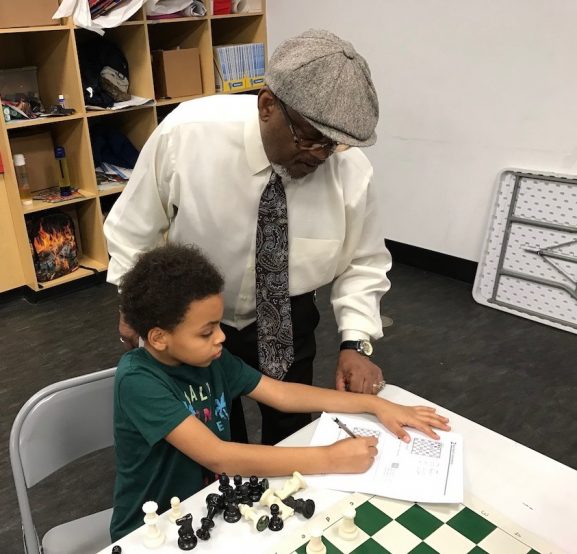 “I would love to make it mandatory for every child in the neighborhood to be here,” said Motley. “These kids have some problems in their lives, their schools and their communities. It is personal to me to bring my experience and knowledge in to help these kids.”

-Text, images and video by Hannah McComsey and Dalton Balthaser.