Job Itzkowitz is the executive director of the Old City District in Philadelphia. Since starting the job in August of 2014, he has lead a staff that is committed to the improvement of the Old City District for residents and visitors alike. The operations office is located at 231 Market St., where Itzkowitz leads a team of four, who work full time to create and advocate programs that will develop Old City.

What exactly is your role with the Old City District?

Business improvement districts collect assessments, not taxes, but assessments, from commercial property owners. It’s defined differently in different areas, but businesses. We collect from residential buildings that are rentals, rental condos, things like that. And the primary goal is to supplement municipal services. 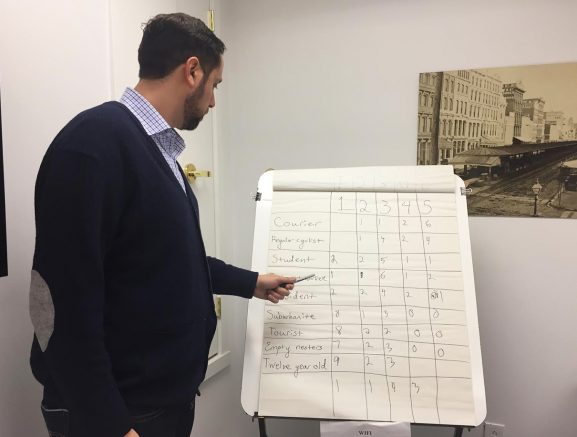 Aside from yourself, what does the staff look like for Old City District and what are their responsibilities?

We have four staff members. I’m the executive director. We have Brett Map, who is the longest term staffer, who’s the director of operations. Brett handles a lot of day to day office stuff, managing the budget. He also is in charge of our assessments, which is the most important thing, because without assessments we can’t do anything.

This past year, we hired two additional staffers. Gabriella Sacidor is our marketing and outreach coordinator, so she’s someone who is really boosting our social media right now. I think she took us from 400 Instagram followers to more than 4,00 in just a few months. Also, communicating with our outside PR person, as well as pitching stories to the media, that all falls to Gabriella.

We also hired Kate McGlinchey, who is our economic development coordinator. Now we really have someone addressing each of the things we do and I oversee all of that.

Over you time here, what are some of the programs that you have implemented?

So, I’ve been here two and a half years. I started in August of 2014 and when I came in, the board was already talking about doing a master plan, which generally refers to, “Oh, we’re going to take a look at the zoning, etc.”

But the city had already rezoned everything in Old City and we were talking about doing a master plan and what we figured out was the district doesn’t actually control anything.

So we decided to turn our master planning process into a visioning process and wecreated Old City Vision 2026. And this is a plan but it’s really a guide for what we will be advocating for in the next 10 years in the public realm. How do we want Market Street? Do we want more green space? How do we address street lighting?

As well as the private realm, where we encourage certain types of developments try and recruit a grocery store, because there’s no grocery store in Old City. There’s very limited fresh food options. There’s an issue with space and there’s an issue with population. Our role is not to be a civic association, but this is a community. But what is good for our residents is probably good for our community. 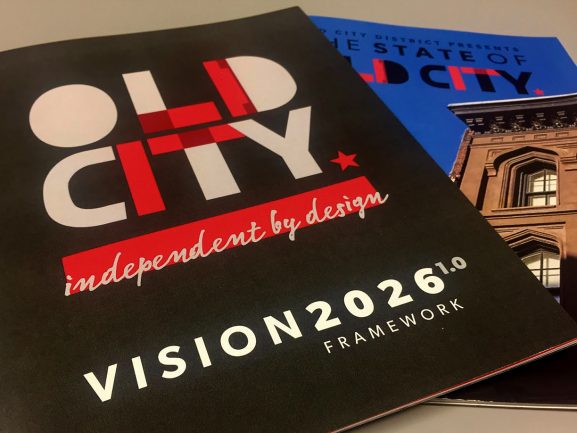 Where are you from originally and where did you go to college? What was your major?

I was born and raised in Philadelphia and went to Central High School. I went to Michigan for undergrad and came back and worked for CDNow.com, which was a huge company and rivaled Amazon selling CDs on the internet. I was a psychology major and knew I wanted to go to law school. I went to Penn for law school, did some studies there, such as legislation, local government law and real estate.

And then I went to the most politically connected law firm in the city at that time, Governor Rendell’s law firm. I was there until 2012 and then I went to City Council and worked for a city councilwoman for two years. I worked on policy legislation, zoning and development, and it was in City Council that this job opened up. 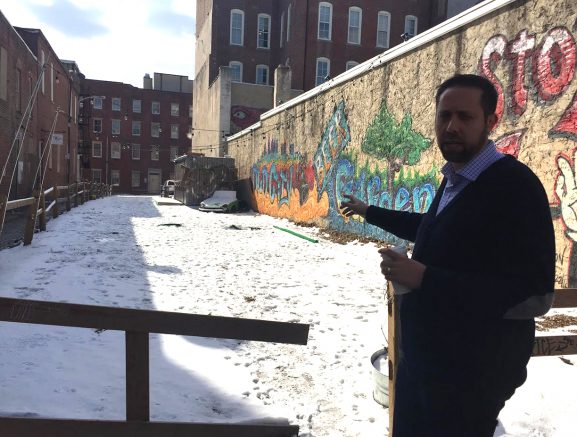 Was Old City always a part of the city that you liked? Or was this just something new for you?

I remember being interviewed and saying that I don’t think you have to live or work here, everyone just takes an ownership sense in Old City. They are proud of Old City and recognize the role it plays from a tourist perspective and they have probably been here. I never lived down here but I was certainly around for its changes.

Since you have taken the job, how have you seen your vision come to life and where do you think it is going to go based on how the past few years have gone?

That is really what I feel most important about. It is fun to do a plan, but how do we implement it? And so for some stuff, we look at low-hanging fruit. We have been trying to design this master plan as a tool. For example, we do a lot of tree planting. That is low-hanging fruit and not expensive. We did maybe 11 or 12 trees last year. Sometimes it’s low-hanging fruit and sometimes it’s just advocacy. We don’t have the money to fix it but we can bring it to the attention of the streets department.

Text and images by Emily Milliron and Rachel Zerbe.

Known for its vibrant art scene, there is literally something for every artsy person in Philadelphia. Some spots, of course, tend to be more unusual than others. 1. The Clay Studio (above), founded 74 years [Read More]

Rene Galvin opened Never Too Spoiled in 2008 as a seasonal shop in Atlantic City’s Historic Gardner’s Basin. Galvin opened the small storefront mostly to run Internet sales out of but after falling in love with it, she [Read More]