The proposed expansion of the Engine 37 firehouse (above) in Chestnut Hill remains a burning topic in the local community as steps are being taken to allow the 123-year old station to remain functional yet historically accurate.

Located at 101 West Highland Ave. in the heart of Philadelphia’s “Garden District,” the Engine 37 firehouse is the oldest active fire station in the city. According to the 2015 American Community Survey, the company’s primary response district (zip code 19118) is home to approximately 10,123 residents.

Despite Engine 37 servicing such a large district to respond to in case of an emergency, there consistently has been one issue the company has run into for the better part of the last century – it has outgrown the size of the current firehouse.

Designed by John T. Windrim and constructed in 1894 for horse-drawn fire wagons, the current building has reached the point that it is no longer capable of housing the modern-day apparatus that the company needs in order to continue to serve the Chestnut Hill community the way it would like to.

“This firehouse was not built for the modern-day fire truck, and manufacturers no longer make a truck that fits in this station,” said Timothy Gough, captain of the Engine 37 firehouse. “[With an expansion] we’re going to get all of the modern features that a firehouse needs in this day and age to keep us and the community safe.” 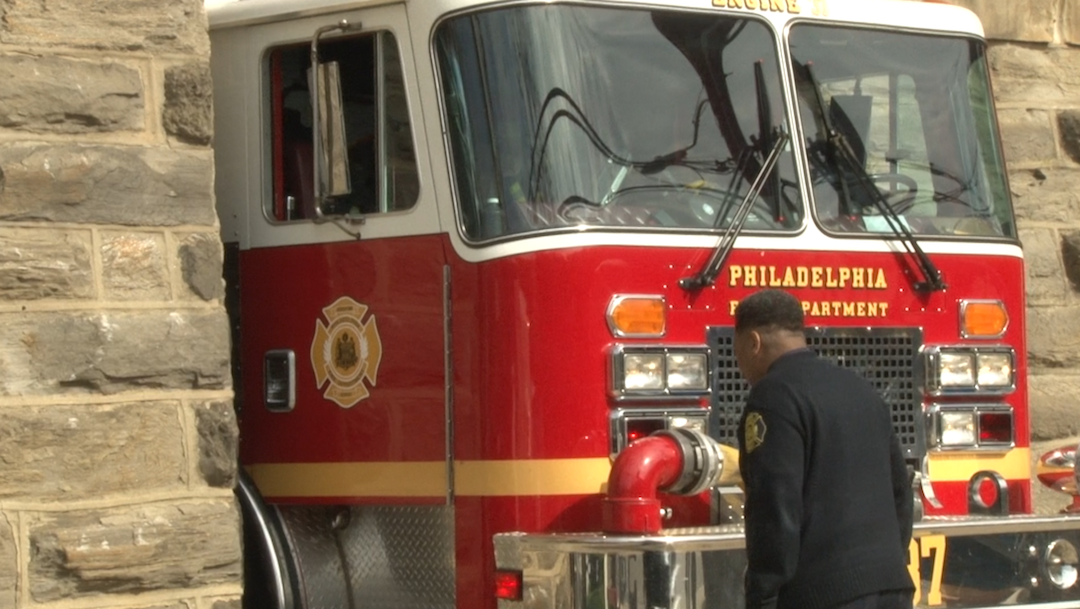 Engine 37 currently only has one truck, a 1991 model that had to be modified when being built just so that it could fit through the station’s 9.5-foot wide bay doors (above). An average modern day fire engine would not fit.

“We have a reserve truck for when our primary one breaks down but it has to be sent to the shop to have all of the handles and mirrors removed so it can fit through the doors before we can use it,” said Capt. Gough.

Where the issue arises in moving forward with the proposed expansion is that in 2015, the firehouse was added to the Philadelphia Register of Historic Places by the Philadelphia Historical Commission. The structure was also inducted into the Chestnut Hill Historical Society Architectural Hall of Fame last spring.

This means that altering the exterior appearance of the structure is almost out of the question due to the historic nature of the building, and warrants the approval from the historical commission before anything can be altered on the landmark.

The architecture of the building, which can best be described as Richardsonian Romanesque style, features large stones and arched red doors, and is what ultimately gives the building its charm. Many community members agree and some fear that an expansion to the current structure will deter from the natural beauty of the firehouse.

“My concern is all about keeping the facade in tact,” said Ross Pilling, a neighbor of the firehouse. “The architecture is irreplaceable. There has to be a way to do iron, steel and glass that is somehow architecturally compatible with the Romanesque facade.”

Challenged with the task of coming up with an expansion design for the firehouse, while also preserving the historic nature of the current building, will be the Center City architectural firm Cecil Baker + Partners.

Current renderings from Cecil Baker + Partners show a new attached apparatus wing largely made of glass and steel that will connect to the current structure on the west. The firm hopes to renovate the inside of the current firehouse into training facilities and new dormitories for the firefighters on duty.

Since talks of the expansion took off late last year, the firm and fire department have both been committed to hearing out the community when it comes to concerns, whether related to parking for the firemen, zoning issues or historical accuracy. Several spirited community meetings have already taken place in 2017 (below), and are expected to continue throughout the design process. 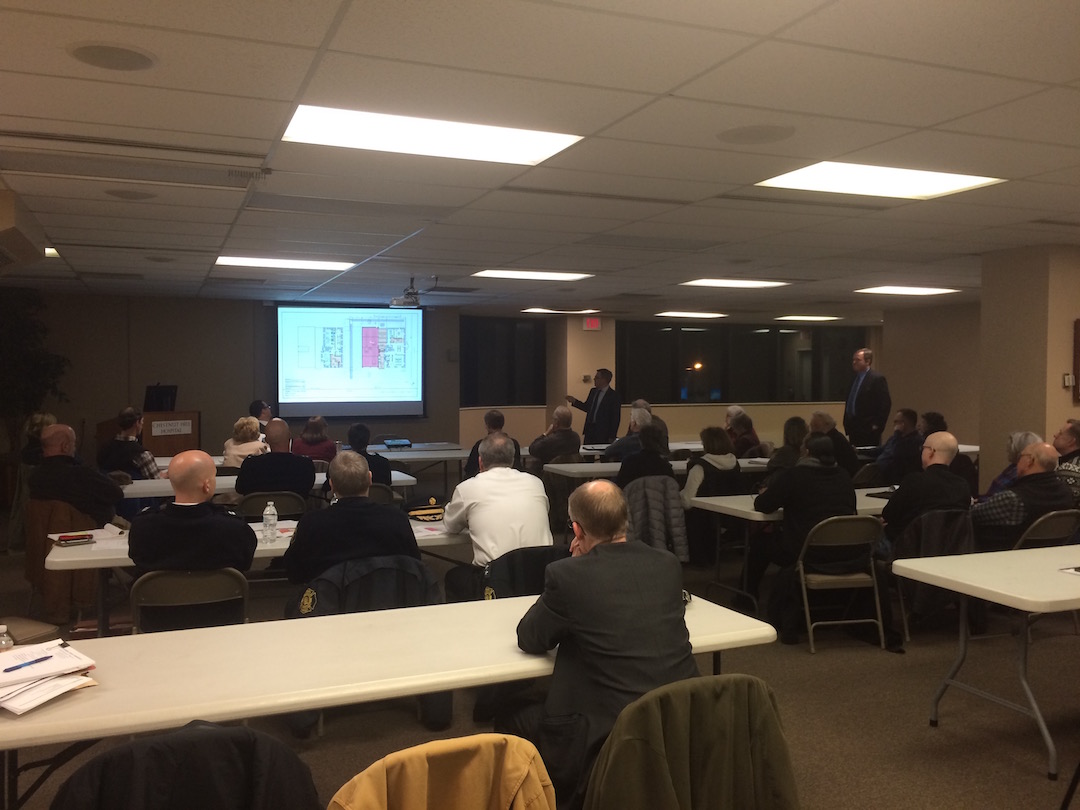 “We’re excited to give our members a place where they can truly provide contemporary, 21st century service while still respecting the historic nature of this wonderful neighborhood,” said Philadelphia Fire Department Commissioner Adam Thiel at a February community meeting.

Though Pilling has expressed his concerns with the proposed expansion, mainly dealing with how to complement the original building without replicating it, he does recognize that the project is a must, not only for the firefighters, but the community itself.

“There is no alternative. It has to be changed,” said Pilling. “To have that firehouse there, functioning, as opposed to having a vacant building, it is much more preferable to have the functioning firehouse right there.”

It is still too early in the process to tell what the Engine 37 firehouse will look like in several years, yet alone when the project will actually break ground, but one thing is apparent the project is moving forward with the support of the majority of those involved.

“They’re [the firefighters] such a positive influence,” said Pilling. “I have just had so many positive interactions with them, that they are just an anchor to this community.”

On the corners of many streets in neighborhoods throughout the city, there is trash and other debris strewn around. Events like the annual city-wide spring cleanup day were created to help keep streets clean and also [continue reading…]

Residents of the 7000 block of Cresheim Road held a rally Saturday morning, Oct. 13, to protest the proposed construction of an apartment building on their block. Speakers, including representatives from West Mt. Airy Neighbors [continue reading…]