While it can be difficult to pinpoint the exact number of homeless individuals living within a city, the city of Philadelphia’s count as of January 2016 determined 705 people living within the city were entirely unsheltered.

Local nonprofit organization Project HOME states one of the main causes of homelessness is poverty, which stems from lack of jobs at competitive living wages. With Philadelphia’s poverty rate at 26 percent according to a 2016 Pew report, local food drives and homeless shelters have their work cut out for them.

Studies show 22 percent of people living in Philadelphia are considered “food insecure,” meaning they do not have consistent access to proper foods. St. Simon the Cyrenian Episcopal Church, located at 1401 S. 22nd St., is just one religious organization attempting to fix this problem.

Within the church’s doors, The Fellowship Cafe opens every other Saturday in an attempt to feed the community. Cafe founders John Hucke and Paul Jackson, along with numerous volunteers, feed upwards of 50 people on any given Saturday and sometimes more. 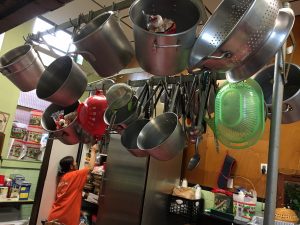 Hucke and Jackson attribute the cafe’s popularity to the fact that they don’t just serve bowls of soup – Jackson prepares meals consisting of chicken, greens, starches, salads and more.

“We’ve gotten to the point where we’re actually serving people, not having them stand in line,” Hucke said. “We’re sitting them down and we have enough volunteers to actually serve people where they sit which is definitely a little more dignified.”

Further west on the 3100 block of Reed Street, the Williams Temple C.M.E. Church and Reverend Tiggs Washington engage in similar charity work. On the third Saturday of each month, Washington holds a men’s breakfast, which caters mostly to homeless black men, at the church. However, all are welcome. Additionally, on the fourth Saturday of each month, the church holds a more traditional soup kitchen event. 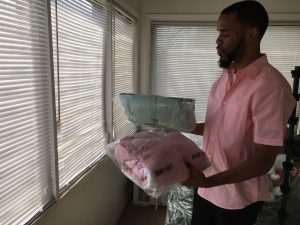 Reverend Washington sees many individuals in need of more than just food, so he attempts to supply the surrounding community with toiletries, clothing and other basic necessities.

“When I got here, I saw the need to open the doors up to the community,” Washington said.

Folk music is alive and well in what Chestnut Hill residents consider a special venue. The Mermaid Inn, built in 1734, embodies the area’s characteristics: art, history and acceptance. A collection of musicians, known as [continue reading…]