The Muslim population in Germantown is a visible one, with many businesses supporting parishioners of the faith. As a Muslim community, there are several small Islamic clothing stores for men, but few for women. 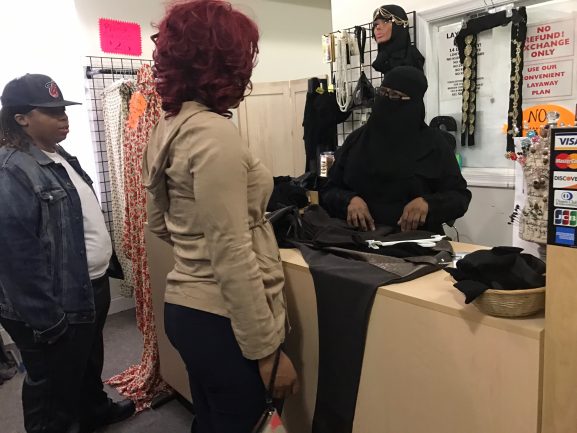 Sadika Fashions‘ owner Linda Cowins, known as Saadiqah, recently celebrated the 20th anniversary of her business. On Jan. 7, Saadiqah hosted a “Sisters Luncheon” where women came and celebrated her accomplishments.

“It snowed like crazy that day and it was the only day it snowed – but we had a really good turnout with 120 people that came,” Saadiqah said. “That was something special.”

Before opening Sadika Fashions in 1997, Saadiqah’s passion for sewing and making clothes occurred after she converted to Islam. She started making hand-made garments for herself out of her home, which began to get the recognition from others with the help of her stepdaughter Shahadah Schley. But it was not until one day that she received the surprise of a lifetime.

“My husband decided that he wanted to get me a store, so he had a surprise for me and we came here and he said this is for you,” Saadiqah said, “and it was the store.” 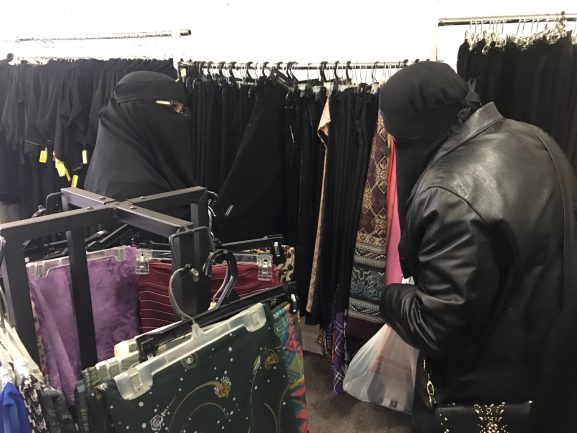 By selling imported clothes from Saudi Arabia, Sadika Fashions attracts customers from all over by selling clothing, jewelry and books.

“I have been here for almost 17 years and it is my favorite place in the city,” Brooks said. “When I come here its like I am with family. Sister Saadiqah is someone who has like a mothering way to approach you and discuss things and help you.”

The boutique serves as an outlet for Muslim women giving them a place to shop, converse, seek advice and pray.

“In here you can pull your prayer rug out and pray because anyone who didn’t pray will pray right with you,” Saadiqah said.

Sadika Fashions is a family-owned business, owned by Saadiqah and Schley. As the boutique continues to grow, Saadiqah is focused on expanding her clients both on and offline.

“We are focusing on reaching out to people on social media and constantly adding to our website,” Saadiqah said. “Hopefully, we will open another location next year.”

La Pearl Beauty Emporium, located on the corner of 39th and Lancaster Avenue, is making strides to serve the West Philadelphia community. The salon, which opened its doors on Lancaster Avenue in 1996, recently held [continue reading…]

Though it seems like an ordinary coffee shop, The Monkey & The Elephant in Brewerytown is an entirely unique organization. Its only employees, besides management, are young people who have just recently exited the foster system. [continue reading…]

Dating back to the 1680s, when it was a just small part of Germantown, the neighborhood of Mount Airy has a rich history that has shaped the diverse and tight-knit community that it is today. [continue reading…]