The Wissahickon area features a little known gem that has remained afloat for more than a century.

Philadelphia Canoe Club, open since 1905, is the third oldest paddling club in the United States. The club makes use of a repurposed 18th century mill, juxtaposed between the Wissahickon Creek and Schuylkill River.

“We have classes year-round,” said George Evans, the club’s commodore, or president. “Probably a couple thousand students come through our classes each year. Our function is just to promote the joy of paddling to other people.”

The club, commonly referred to as PCC, has more than 200 canoeists and kayakers as members. They take trips together on local rivers as well as waterways across the country. 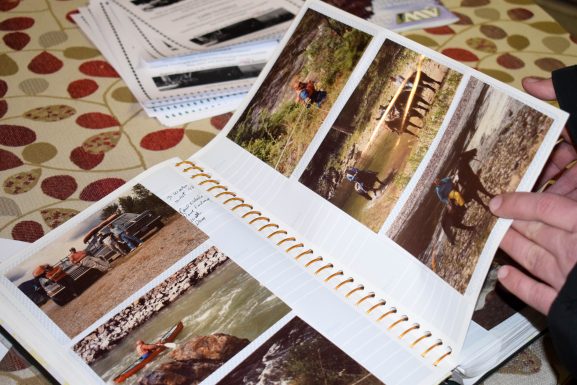 The club places heavy importance on safety and protocol.

“When we’re out on the river we always watch each other,” said Looie Voorhees, who has been a member of the club for two decades. “We teach skill and safety. Our instructions are American Canoe Association certified.”

The club member know how to have a good time too.

“There aren’t a lot of organizations that have a monthly meeting where the first hour is food and beverages, and then you have your meeting,” said Parthenia Izzard, the club’s vice commodore. “Most of the times with organizations it strictly business, so this is a very social club.”

The club’s membership rates are at an all-time high as newcomers continue to see the club’s benefits.

“It’s such a friendly group of people, and their always welcoming,” said Erin Donovan, an aspiring member. “I just know that people would definitely find something that appeals to them. There’s a lot that they offer.”

The family-like atmosphere of the club is likely fueled by the passion of the instructors. 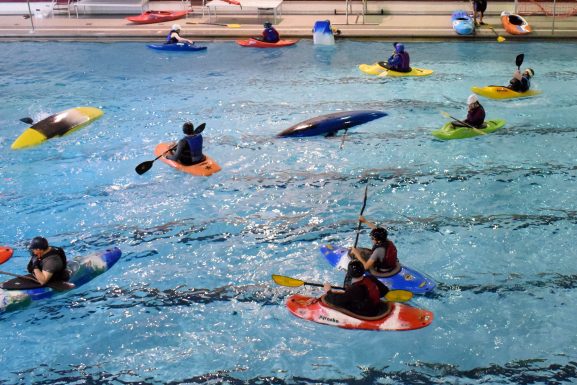 “Nobody’s getting paid for doing any of these things, so you know people have a passion for something if they’re not getting a salary out of it,” said Izzard.

The building was formerly known as Colony Castle, and much of the original structure remains intact.

“These are the same original lockers as you would have seen in 1905,” said Evans as he showed the historic room.

There are also plenty of antique boats displayed around the building, notably a 34-foot 1911 Old Town War Canoe that club members restored.

“The boats have progressed over the years from wood to fiberglass to plastic,” said Evans. “The sport of kayaking really picked up in the late ’70s, and there as no real place to actually buy canoes and kayaks so people just were building them from scratch. One of our members, Dave Gumpter, would actually build boats out of fiberglass.”

The PCC also has the all modern tools necessary for their watersports too.

“We have all the equipment, when people come to take classes with us we can outfit them completely,” said Voorhees. “We have a really nice clubhouse so we can tech right off our own dock, in the Schuylkill River or Wissahickon Creek.”

Aside from boating, the clubhouse also provides a host of other things.

“We have a kitchen, we have showers, we have everything it’s a home,” Voorhees said. “And then we have a lot of social events.”

One of the best qualities of the club seems to be its ability to bring people of all ages and backgrounds together. The PCC is one of the only canoe clubs in the Greater Philadelphia Area, so many come from far distances.

“I’m not from Philadelphia, I live an hour north,” said Voorhees. “We pull people in from all over the place. I paddled with one guy for a while, and I found out he was a Pennsylvania senator. You just don’t know, because everyone is focused on paddling. Here, we’re all equals.”

The clubs network extends even further than this region alone.

“We are members of a ski club, which is a sister organization to the Philadelphia Canoe Club,” said Izzard. “It’s called Buckridge and they have a cabin up in Vermont. It’s nice to have memberships in these organizations that have sister programs.”

The club offers a multitude of different watersport classes, including flatwater or whitewater rafting, standup paddle boating and more.

Rosemary Rau, a former commodore of the club, talked about its transformation over the years.

“It was more of a big racing club initially, and then it became more of a family paddling club,” she said. “Now we focus more on instruction and education.” 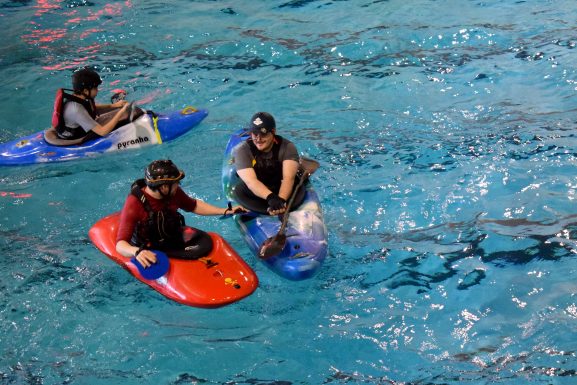 Overall, the main goal of the club is to introduce people to the sports and watch their skill-set expand.

“I see them do a kayak roll, and I’ve taught that person how to roll,” said Evans. “I feed off the energy of others, and it’s a wonder feeling… knowing that I was there in the beginning.”

-Text, images and video by Fletcher Jones and Mariam Dembele.

Since 1999, the Manayunk Sport and Social Club has given local residents an opportunity to play sports, have fun and meet new people. The league offers a variety of sports, and attracts players of all [Read More]

Friday evenings in Manayunk often consist of recent college graduates preparing for a night out on Main Street. This has become the norm for the young adults who rent homes in this community and are taking advantage [Read More]