Residing in the heart of her neighborhood, Kate Clarke is the president of the Juniata Park Civic Association. The community-based organization meets the second Tuesday of each month to discuss and mitigate community issues.

How did you first get involved in Juniata Park’s community affairs?

Well, I’m a lifelong resident of the neighborhood. I grew up there and I’ve always been interested in community stuff. 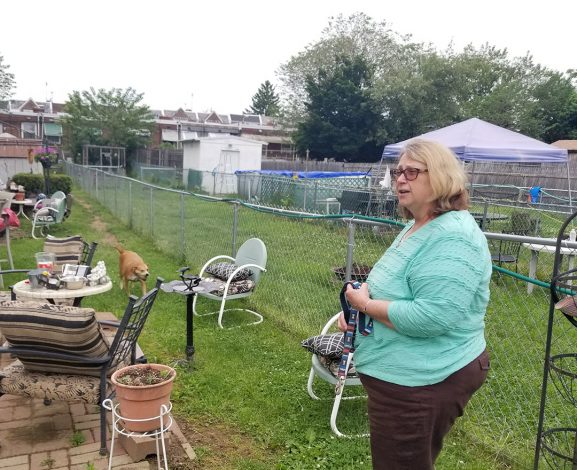 What kind of work does your role entail?

Is there a particular issue that you hear about often from neighborhood residents?

Oh yeah, crime. Right now, we’re dealing with illegal car washes. You know, the kind where someone just sets up shop in a parking lot or on the street, which are not legal. The only kind of car wash that is legal in Philadelphia is a brick-and-mortar carwash. Not the ones that you see freestanding on, say, Castor Ave. or any street in the city. 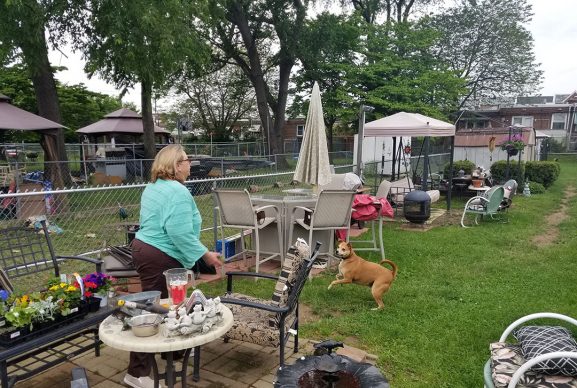 How has the neighborhood changed during your tenure?

Oh, Juniata has changed. It’s now racially, and I’m not going to use the word divided, it’s more different. At one time Juniata was a Caucasian, white community. Totally. Now it’s racially and economically diverse.

Are there any trends you find heartening? Any that concern you?

Things that I like is the fact that it has become a more racially-diverse neighborhood. I think that’s important. I really do believe that is important for the community.

Some of the things I don’t like that are happening in the community is that people don’t maintain the community. It’s a double-edged sword. You have people that always thought of Juniata as a more stable, better community and wanted to move into it.

And then when they finally did move into it, there are some that don’t appreciate the fact of the neighborhood. There are some that allow their properties going to… whatever you want to call it. Just letting them go, not taking care of them. So, that becomes problematic.

What I don’t like is the fact that you have absentee landlords buying properties up and not maintaining the neighborhood or being held accountable for the tenants they put in properties. Unfortunately, you have more of that. 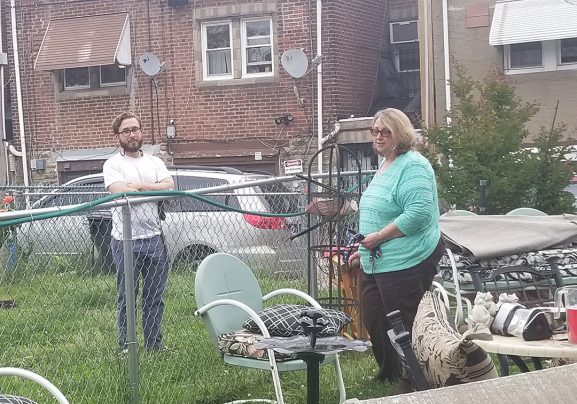 -Text and photos by Kevin Hayes and Colt Shaw.

The area around the intersection of Chew and Chelten avenues is one of the most crime-infested sections of East Germantown. Although the surrounding area is characterized by crime and drug-related activities, the quiet 900 block of [continue reading…]

As a youth in Hunting Park, Kysheen Wilson was always looking for a place that he could get excited about. In 2007, the Philadelphia Police Athletic League began to use the building on N.10th St. [continue reading…]