Twenty years ago, when Philly entrepreneur Harry Renner and restaurateur Michael Rose decided to open up a brewpub in a former cotton mill factory on Main Street, they didn’t know what to expect. They were one of the first new craft breweries to open in the city.

“It was Harry Renner’s vision,” Rose said. “He had a farmer’s market upstairs, [the first floor] was available to us and he said ‘I’m going to put a brewpub down here.’ I thought he was crazy.”

Rose mentioned that 20 years ago there were not as many brewpubs as today. But just how few is he referring to?

When the pair tapped their first brew in 1996, there were 1,149 breweries in the U.S, according to the Brewers Association.

Over the past 30 years, the craft brewing industry has skyrocketed. The resurgence of independent beer and brewing has now surpassed the number of breweries there were before prohibition. Pennsylvania, ranked 8th in the nation, has 178 craft breweries as of 2015.

(See Port Richmond: Craft Breweries Expand Throughout Philly for more statistics about brewing in Philadelphia, but note that the numbers have increased since 2015 when the article was published). 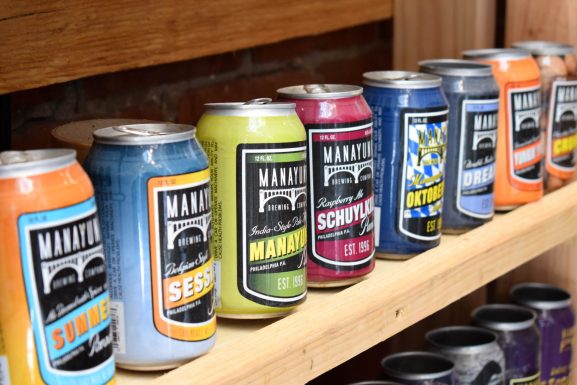 The rapid expansion of craft breweries nationwide and even internationally has been driven by a few factors. Cameron Lippard and Nate Chapman, sociologists and editors of “Untapped: Exploring the Cultural Dimensions of Craft Beer,” are now experts on the subject.

Legally speaking, Lippard and Chapman cite Jimmy Carter era Homebrewing Law with launching the trend. The legislation passed in 1978 and made it legal for any adult to make wine or beer for personal use without incurring wine or beer exercise taxes.

From there Lippard said the mentality came that “Well, I can be producing this stuff that I’ve been making in my house on a bigger scale and people love it.”

The trend started in the west with Anchor Brewing Company, then gradually moved across the country, hitting the east coast in the 1990s. Rose said that Renner got the idea to open up their own brewery after a trip to Seattle, where he visited Pike Place Market, home of The Pike Brewing Company.

However, aside from surpassing legal challenges, Lippard believes there was also a changing public mentality towards beer, food and culture that allowed the craft brew industry to thrive.

“There’s this kind of push for better tasting, more traditional style beers that weren’t being produced by the big beer companies,” Lippard said. He added that consumers were looking for the use of traditional brewing methods and local ingredients, paralleling with the farm-to-table movement.

Another trend that Lippard and Chapman have connected the craft brewery movement to is gentrification. He notes that a lot of the breweries that are popping up have been in areas that are affected by gentrification.

“It’s one of those new ways to revitalize an area, to use a rundown factory or building, convert that into a brewery,” Lippard said. “Developers love that, even towns love that because it means it’s going to bring the economic [profit].” 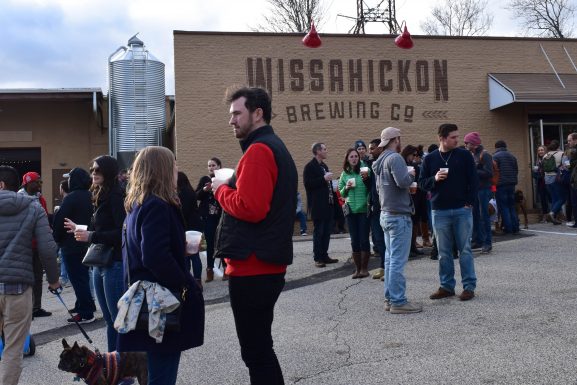 Locally, breweries have opened in areas of Philadelphia that many argue are being gentrified.

In 2001, what is now the Philadelphia Brewing Company opened in Kensington. The company notes on its website one of its goals was to “revitalize the industrial neighborhood.”

Flying Fish Crafthouse and Crime and Punishment Brewing Company are both located in Brewerytown, a neighborhood which has experienced a change in demographics and household income. The newly opened Wissahickon Brewing Company is located in East Falls, which some say is undergoing development.

“Now anywhere that a craft brewery can’t be located, there is one,” Chapman said.

The location of the breweries reflects the demographics of craft beer drinkers, who largely tend to be white, male and middle class.

“It is expensive, if you think about a six pack of Bud Light, you’re paying half the price you would for a six pack of craft beer,” Lippard said. “You got to have the money to drink the beer, it’s also a lifestyle [choice] too that you’re seeking a craft beer versus going to the convenience store and buying a standard beer off the shelf.”

Lippard and Chapman also argue that marketing plays into enforcing the gender, class and race biases.

“Breweries are not inclusive spaces,” Chapman said. “They cater to and market themselves towards a white male with some education and disposable income.”

“The marketing we do see towards women is oftentimes objectified, sexist and really offering a less than product,” Chapman said, referencing mainstream beer commercials. 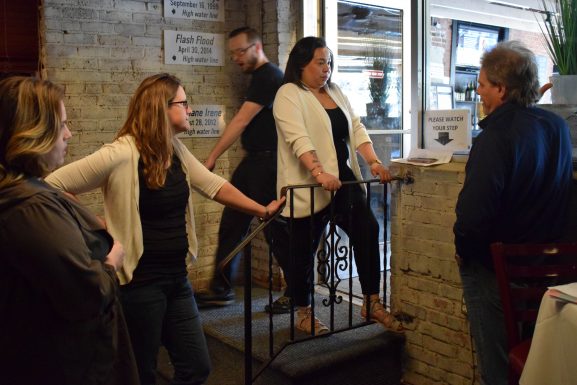 At Manayunk Brewing Company, they have been able to overcome gender gap. Their staff is largely dominated by women. Kristen Moran and Paris Rose have seen the demographics change over the years and into the team they have now, where women work positions from sales representatives to brewers.

“We have a young girl in the brewery,” Moran said. “She’s lifting kegs, she’s cleaning, she’s down in the trenches with the guys.”

As for the future of the craft beer industry, Lippard and Chapman hypothesize that in the next five to ten years the growth of breweries will hit a wall.

“I think we’re at this point of waiting for the bubble to burst,” Lippard said. “You can only build so many of these places before you divide up the consumer population.”

As for the Manayunk Brewing Company, Rose said that their numbers so far have been up and that he foresees a long future for the brewpub. Regular customer Alex Altomare said he remains loyal to the bars and breweries with the drinks he likes.

“I like trying new things and if it’s something that I like, I’ll come back to the bar just for that beer,” Altomare said.

If the April 1st grand opening is any type of indicator for the future of the Wissahickon Brewing Company, it seems likely they’ll be around for a while, too.

Among the bright blue walls and posters full of literary puns, Kathleen Volk Miller (below) sits in a sea of papers and books. It’s a scene some might find overwhelming, but she wouldn’t have it any [continue reading…]

Roxborough: Combating the Issue of Overdevelopment

Right now, at the corner of Henry Avenue and Maris Street, there sits an empty lot. But because of the by-right development, a new apartment building is in the works. Thanks to by-right, and much [continue reading…]