Greg Parker was born and raised in Brewerytown. As a young adult, he bought a property in his neighborhood for about $5,000 and sold it for $75,000. Parker feels he was a pioneer for the area, where he and his family usually work on flipping 15 to 20 properties at a time. But Parker’s impact on the community extends far beyond just constructing houses.

What’s it like being a huge part of the development of the area?

We do back to school drives, and we try to employ just about everybody that we can. We’ll do a paint job or demo clean up, or just be answering phones here at the office. We do camps for kids, we do Thanksgiving drives, we do toy drives. Anything we can do for this area, we try to help out. 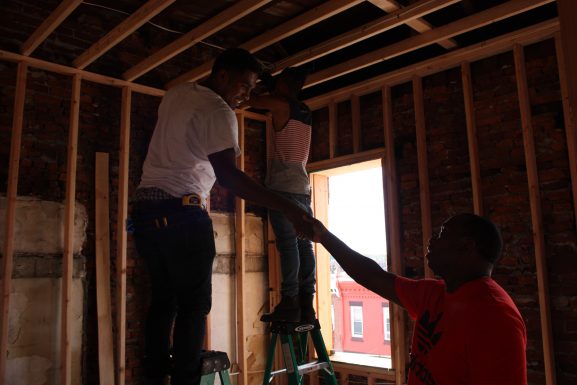 What’s your take on the idea that people are being pushed out of the neighborhood?

The harsh reality of it is, if there’s an old lady living next-door, she’s been here 60 years and she’s on fixed income. Then there’s a guy who comes next-door and does renovations. That guy gets a 10-year tax deduction but the old lady next-door, her taxes go up. So, realistically, she’s paying taxes for her space and his space. So, that in itself, it’s inevitable. A person that’s on fixed income just can’t afford no more than what their income is fixed to. Of course, the things that were going on in the ghetto are definitely not going on in those areas now.

But it’s different now. People are suffering and nobody knows until it’s too late. So somebody next-door might have just lost their house for $3,500 in taxes when they could have just spoken up and the community could have helped. So, what I’m trying to show is the unity of it. Because that’s what we lost in these communities, the unity.

And it don’t matter if you’re white and I’m black. If you’re my next door neighbor and you’re losing your property, I don’t want to see you lose your property. We feel like black people have been here, white people are moving in, they have that fear of people trying to take their neighborhood over. But people can really coexist and make great relationships. The sad part is that this is America and the color of your skin does matter, but the reality of it is if I cut you open you’re going to bleed the same way as me.

What message do you think the community can take away from someone like yourself who grew up in this neighborhood and is now able to travel and live across the country?

Honestly, it really isn’t about the money, you know?  Growing up, when you come from the street, you look at the guys who look flashy and we wanted to be like those guys. We admire those guys in the streets that were selling drugs or whatever. We were poor and they looked like money, so what I do is try to show that the kids can still get that feeling, people can still get that feeling, but it can be legit. They can see me and put their hands on me. I’m right here. If I can do it, you can do it. I’m no better than anybody around here. I grew up with these people, we ate the same foods, we ran around in the same streets.

I just apply myself a little more than the average person, but I always try to instill that in people. You were born and raised in this neighborhood, so that means you have first preference over everything here. Once you start to apply yourself it will work for you. As far as motivating, I try to motivate everybody. It’s like running through the wilderness. Some people will run through the wilderness and try to trace their footsteps. But me, I leave a trail for them so they can find their way out as well. 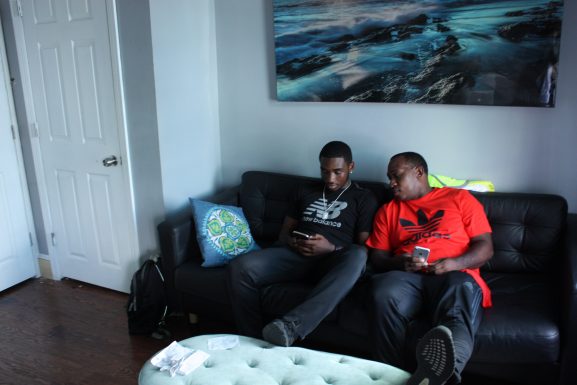 You have been shipping truckloads of supplies down to Houston. Can you talk about your contributions to the Hurricane Harvey relief efforts?

Anybody that know me all my life, I’ve always been like that. I help people. If people need help, I help people. I take care of my people, my hood, and they take care of me. When I saw what happened to Houston, just automatically I knew I was in a position, not only financially, but in a position of power. If I called on my city they would come and they would support. I can get 300 to 400 people to come and hear me teach them something, so I’m quite sure that I can get a couple hundred people to help some people out and that’s what happened. That’s what we need. I mean, this city got to a point where there was so much hatred. To be called the City of Brotherly Love and to get to a point of so much hatred, somebody has to be big enough to change that cycle. I feel like I’m big enough to break the cycle. There’s a lot of guys out here that’s in this real estate business because they saw that it worked for me and they think that it can work for them. And it can.

What’s it like to to be bringing such positive change to the neighborhood you grew up in, and how important is it to redevelop Brewerytown?

It’s very important to me, my family history is here. It’s a great feeling. Especially being able to come back to your own neighborhood and to tear it up and rebuild it to the point where people love being here, they’re comfortable being here. The kids can run around because there’s so much going on. And so much change, and there’s opportunity here again. It’s not just making these homes new, it’s bringing in people. People are able to network with people from different cultures, different ethnic groups and it feels good, it feels great to be a part of it. Honestly, sometimes I’m moving so fast I don’t really take it all in, but it’s a proud feeling to be able to be a part of. 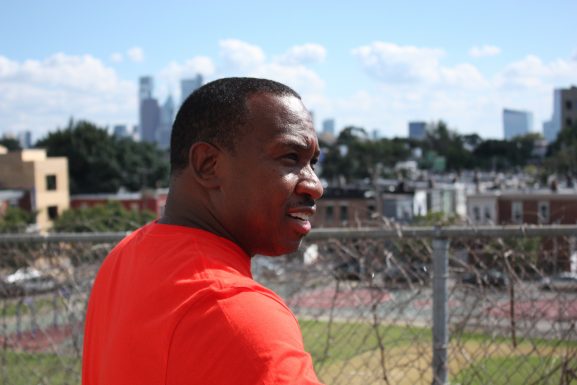 Where do you and your company go from here?

I think that I made a huge enough impact here. There’s other ghettos in the cities that are going to be getting turned over in the near future and I think they need us. I think I’m big enough where I’ll go out and they’ll be able to hear me. My track record speaks for itself. We’re looking to go to Baltimore. We’re looking to go to Chicago right now, especially Chicago. The people of Chicago, they need us. They’re killing each other, they don’t know why. Everybody’s chasing money and you want to set some structure where you can show these guys that they can do something other than what they’re used to.

-Text and images by Dan Bartels and Sami Rahman.

Fairmount: Bicycle Shop Identifies With Its Riders On The Road

When the rest of the city is asleep on Saturday mornings, the Fairmount-based WTF road riders are already biking through the city. WTF isn’t just a trendy acronym; it’s a 20-30 mile road bike ride [continue reading…]

Tonetta Graham grew up in Strawberry Mansion at a time, she says, when community and togetherness were emphasized in the neighborhood. She remembers scrubbing the white marble steps outside her home every Saturday, which she [continue reading…]