Once every month, Mary Jane Fullam organizes meetings for the East Falls Town Watch, an organization that she has been a part of since its inception in 1998. Since then, she has assumed the role of president within the organization.

The East Falls Town Watch consists of 12 people, with Fullam running the entire nonprofit team by herself. While the meetings may only be monthly, she also organizes weekly patrols and keeps watch over the neighborhood daily.

Fullam came to East Falls originally as a school teacher but wanted to become more involved in helping the community after unrest over crime she saw regularly in her new home.

We sat down with Fullam for some additional insight on how the Town Watch has helped improve daily life around East Falls. 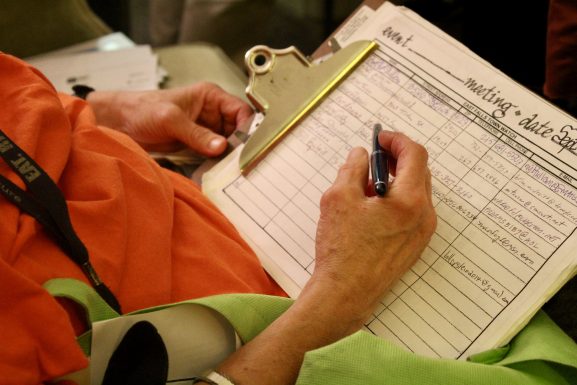 How did you get involved with the Town Watch?

My grandmother is what they would call a warden back in the World War II era. When the siren sounded, she would be going around knocking on doors in Southwest Philly, where she had lived. So, I don’t know if it’s just something that’s inside of me but I’m just someone who likes justice.

I personally hate graffiti and that was the immediate issue that encouraged me to try to get involved. That was actually my area for a number of years.

What is East Falls’ biggest problem?

The biggest problem we have are car break-ins. Now, with technology, it is getting easier for them. A lot of times people are parking at Kelly Drive and they put their stuff in their trunk but someone is always watching and waiting for them to walk away. You can never let your guard down.

Why do you think East Falls is combating constant petty crime?

I go to meetings at the 39th police district, which is a very broad and diverse district. We are the calmest section of it. There’s higher crime in other places regarding gun issues but we have mostly car breaking, burglaries and robberies. So, just speaking for East Falls, if the neighboring districts were safer, East Falls would be all the better place to be. If not just my block is safe but also if the surrounding blocks are too, we are all better off. 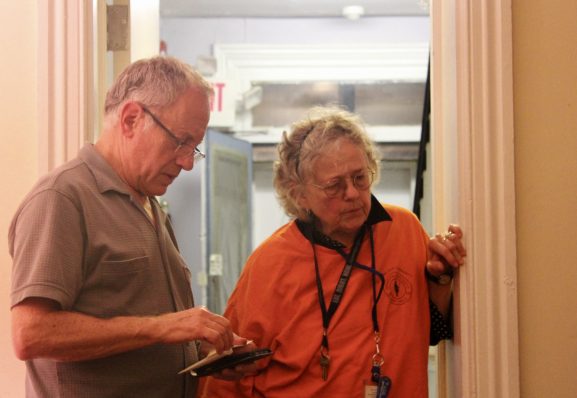 Who is giving you the hardest time in your neighborhood?

Kids put a lot of money into the economy and they are good for business but they can cause problems in the neighborhoods they are temporarily living in. Not all of them, but some do.

Also, the lack of people who participate. I get annoyed because there is a lot of narcissism in today’s people. I’m here trying to make it nice and people are settling here but not trying to keep it nice. It really angers me because so many people do nothing.

Sometimes my head is spinning with all the stuff that is going on. With the community at large, there’s a small group of people who actually help.

What do you find most interesting about Town Watch?

The one thing that is very interesting that I found is that once I did start going out on patrols, I learned a lot [more] about the neighborhood than I ever would have. I find it fascinating because it’s a very diverse community and it’s always fun.

It is nice to just let the world know that they can turn to us if something went wrong. We have done some good things and have prevented some problems.

For being in the Town Watch for so long, what were your biggest accomplishments through Town Watch?

We have definitely improved in the graffiti area and that makes me proud because it is an area I am really active in.

Additionally, we worked with college students during our annual “plunge.” We painted all along the walkway, the bridge, everything. We cleaned up trash and we did a great job. Another thing is the surveillance at the SEPTA station, which is huge. SEPTA was really using us as an example of getting surveillance cameras at the other stations. When people ask SEPTA, they say, “You know the East Falls Town Watch did it themselves.”

We want to buy more cameras with the money we make from the tire round up.

What is the tire round up?

So, there used to be tires dumped under I-95 and at one point…someone lit them on fire and there was a tremendous problem. Ever since then, the city said they were going to do a tire round up to get the neighborhood people to clean up these tires so that never happens again. It’s done through the Streets Department, and on six Saturdays in July and August, they park two trash trucks at two locations in your sanitation district. A local garage lets us bring our tires we find there and then, when the round up happens, we will dump them.

After cleaning East Falls, I’ll try to clean up any neighborhoods because I try to keep the whole city nice. 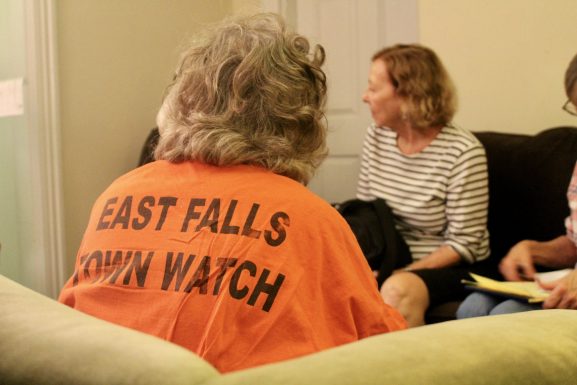 What is your goal for the Town Watch?

It would be really great if we had more people regularly involved. I’ve had people say, “Thank you for what you’re doing,” so I do think there is a lot of appreciation. But, then other people say, “Oh, you know I really wanted to call about that but I never got around to do it.”

I know people appreciate what we do but I would like to see twice as many people actively involved.

As the president of Town Watch, what would you want everyone in East Falls to know to keep your neighborhood safe?

Just look out for your neighbors and call 911. So many people, people who I think should really know better, will say, “I didn’t want to call the cops about that.”

911 calls drive police activity, so if they don’t hear from you, then they can’t help.

If you feel that something doesn’t feel right, you have to call. If there is suspicious activity, just make note of it because that is how patterns of criminal behavior are exposed and stopped. From dealing with police they do respond to these calls.

People need to look out for their neighbors and call 911 more without hesitation.

-Text and images by Brian McDevitt and Breanna Perez.

https://vimeo.com/37278006] The presence of the East Falls Tree Tenders can be felt all over the community, as they have planted nearly 1,000 trees on streets, alleys and well-known public places such as Laurel Hill Cemetery [continue reading…]

Back in April, SEPTA shut down all Regional Rail lines to help stop the spread of COVID-19. Service to these lines has since been restored, with the exception of the Chestnut Hill West and Cynwyd [continue reading…]

The residents of the 5400 block of Wynnefield Avenue aren’t too happy that SEPTA decided to re-route the 52 bus to travel northbound on their street to get to City Avenue and 54th Street. [continue reading…]