Despite not receiving an education for much of his childhood life, Daniel Peou didn’t let that stop him from getting where he is today, the principal of Horace Furness High School.

Peou grew up in Cambodia during the times of a harsh civil war and the grueling Khmer Rouge regime, so as a child there was no going to school. Even though school was an afterthought, Peou’s parents still put a lot of value in education.

As a child, Peou’s father was educated in a Buddhist monastery. He told Peou a story that in his youth, his teacher put a curse on the students that neither they nor their families would ever be able to go into the education field.

The teacher was angry with the stigmas that surrounded teachers. That teachers wouldn’t get any credit if a student was intelligent because people would just say the child was already smart without the teacher’s teaching. But, if a child was not a good student, all the blame would be put on the teacher for not educating them correctly.

“So with knowing that story as a child, getting into the education field wasn’t one of my top priorities,” Peou said. 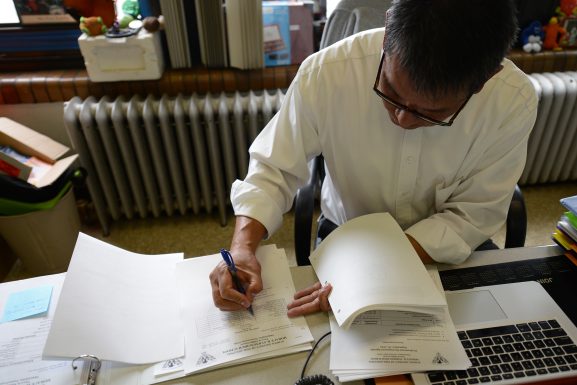 Peou came to the United States when he was 13 years old where he first attended John H. Taggart middle school. However, there was no ESL (English as a Second Language) program there. Peou was not able to do anything besides physically attend school because he couldn’t speak English.

Later, he transferred to Furness, which was still a middle school at the time, because it had an ESL program that could support him.

“After graduating, I went on to work in the banking industry,” Peou said. “But I soon realized that the profession just wasn’t for me.”

Peou then decided to start volunteering at local Philadelphia schools. He fell in love with educating children and decided to return to college and get his teaching degree.

Peou was a teacher for eight years in the Philadelphia School District and mentioned that out of all the teachers in the district at that time, only seven teachers were of Cambodian descent. Those seven bonded with one another and would meet and discuss how to help Cambodian students, and other immigrant students, adapt to the education in the U.S. 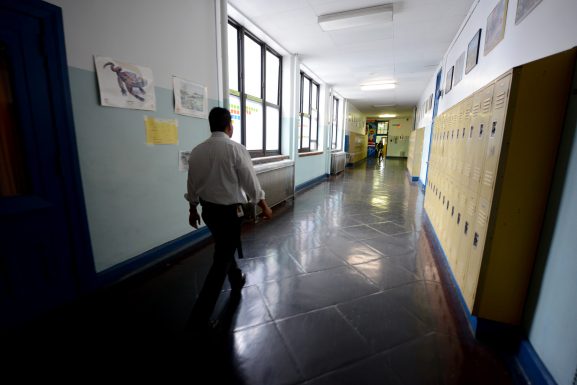 One day Peou observed something outside from the window of his classroom he found concerning. He knew something should be done, but it would take the doing of a person in a position of power.

“I saw a group of Cambodian students playing in the local backyard and approached them and asked them why they weren’t in school,” Peou said. “They said they had all dropped out because nobody in the school system cared for them.”

Peou brought what he saw to the group of teachers. All agreed someone in the group needed to work on the administration level to make a change and get students like these to stay in school.

“Three of us in the group had a principal certification,” Peou said. “One said she was happy with just being a teacher and the other said he didn’t think he was ready to be an administrator yet. So, that left me and that was the moment when I decided to leave teaching and pursue a job in administration.” 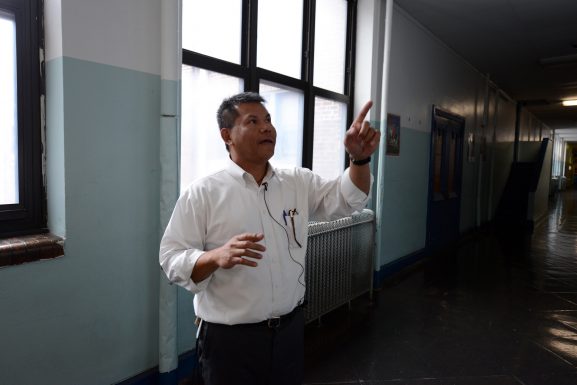 It was 2004 when Peou’s administration career took off. Peou became the school climate manager at Furness where his job was to come up with ideas that would better the school experience for all students in the school.

He returned to Furness the year after where he was a vice principal for two years. Peou took his first principal job at George W. Childs Elementary School where he then worked for two years.

In 2012, he returned to Furness where he remains to this day. However, when he took the job there was a chance that the position wouldn’t even exist at the end of the year.

Due to a dwindling population at the school, the city was preparing to close down Furness. The acting principal took a job at another school, so Peou stepped into a dim situation because if the school was going to be shut down, he wanted to be the person in charge so he could do whatever he could to keep it open.

Peou gave a speech at the hearing and the city decided to keep the school open.

Now, more than five years later, Furness continues to grow in population with more than 700 students coming from 28 countries.

“Even to this day, principal Peou’s first priority is to help the students and do what is best for them, no matter what background a student comes from,” said secretary Kouy Sam. 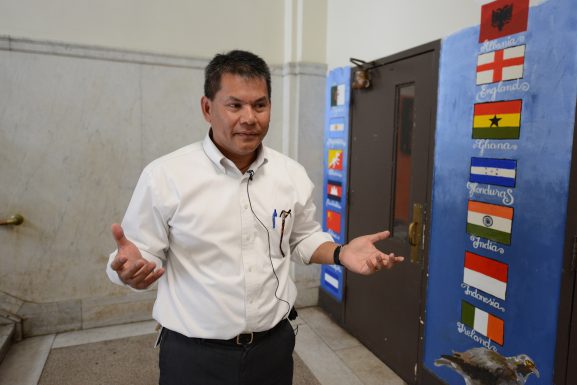 Thirty years after Peou first attended Furness as a student, he came back as principal of the school.

“He’s the perfect principal for such a diverse school like this because he was one of those immigrant students himself so he understands how to engage the students and keep them coming back to an environment every day.” Furness’s current ESL teacher Tiffany Lorch said.

– Text, images, and video by Minh Mai and Jacob Guzdek.

Anthony Spadaccini spent countless hours as a kid at Barry Playground. Whether it was playing basketball, baseball or football, Barry was a second home for Spadaccini. That still holds true today, as Spadaccini, 46, is […]

“The neighborhood is changing where we’re seeing more people use bikes,” said John Dietterle, about what those in the neighborhood have noticed as of late. The uptick in bicycle usage in Philadelphia in the last […]

Twenty-seven-year-old Atiba Ellerby is a part-time barista and full-time urban farmer. When he’s not making coffee at The Pharmacy, a coffee shop in Point Breeze, he is tending to gardens throughout the city. Farming is […]