Much of the area in North Philadelphia that abuts the Delaware River has been in a decades-long transition stage from manufacturing hub as factories in the neighborhoods move, leaving behind their industrial footprint.

The possibility of chemical contamination in now-vacant lots means these properties, dubbed “brownfields,” must be assessed and cleaned before the lots can begin their new lives.

“Because of its long history of industrial, rail, and port activity,” said John Haak of the City Planning Commission in an emailed response, “Philadelphia has many areas potentially identified or confirmed as brownfields … Reuses have ranged from industrial to commercial, residential to institutional, and active recreation to protected wetland.”

The Bridesburg section of the city – as well as the tangential Port Richmond, Frankford and Juniata Park neighborhoods – is pockmarked with these blighted zones. So when the City Planning Commission saw the United States Environmental Protection Agency was offering area-wide planning grants to the tune of $200,000 in 2013, it jumped at the opportunity. The commission was awarded a grant to take a deeper look at designated sites which cut wide swaths along the banks of the Delaware River and, to a much smaller extent, Frankford Creek. The designated zones, about 137 acres in total, are referred to as “catalyst sites.” 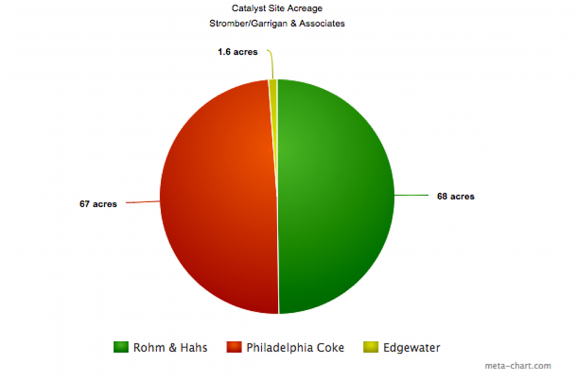 Those primary catalyst sites are owned by Rohm and Haas (a subsidiary of Dow Chemical Company), Philadelphia Coca-Cola Bottling Company and Edgewater Dyeing and Finishing Co.

“A large portion of it was hiring a consultant,” Corbett said. “They hired a couple different consultants … The main consultant set up these public meetings for them to get the input from the public because that is very important in these planning grants. They would also set up the board meetings; there was a steering committee.”

Halfway through the effort, the plan’s primary consultant, urban planning firm Stromberg/Garrigan & Associates, hosted a public meeting in conjunction with John Haak of the city’s planning commission, to get input from the residents of the area as to how they envisioned the properties post-revitalization and what sorts of amenities they would like to see in their location.

The final plan noted recommendations from the community folded in with the overall analysis to include that any future development should ensure that public access to waterways like the Delaware River and Frankford Creek. In addition, the report stated “overall human and environmental health” of the properties should be promoted as well as the “overall quality of life in the neighborhood.” 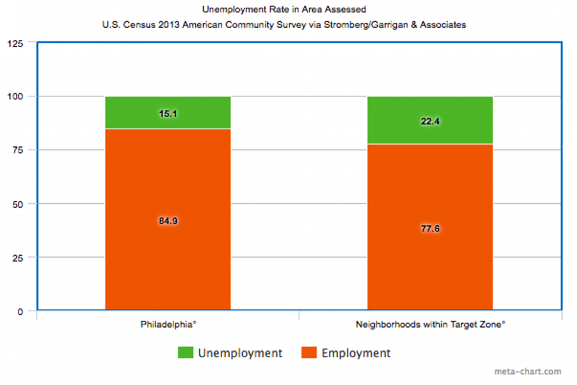 Beyond the input of those in the neighborhood, the consultants conducted “a market research study to see what type of development the area could sustain,” Corbett said. “The consultant put all of these studies that were done into an actual planning document – the brownfields area-wide plan. In that document they had included implementation plans because we didn’t want to see this plan just sit on the shelf which happens with a lot of plans.”

Corbett also noted because the grant did not cover ecological testing, the plan issued recommendations for future developers as to what roles specific properties may be able to take on in the future.

“The parcels that we studied, the two big ones, which were the former Philly Coke site and the former Rohm & Haas site, there was one portion that we felt could go residential,” he said. “But most of the other property – because of the activities that occurred there – in some cases you would just have to cap it [with asphalt].”

The area of the city in question, being the manufacturing stronghold it once was, is littered with brownfield sites, making the City Planning Commission’s securing of the grant money unsurprising.

Now that plans have been published, the next step for the planning commission will be to secure separate grants for each of the next two steps: assessment and clean-up.

“The city would apply for those grants and we break assessments into phase one and phase two. Phase one is kind of a depth assessment,” Corbett said. “That would be going to the state and finding out what they know about the site already and coming to us, the city, and trying to collect all the information. And the phase two assessment is actually going out and sampling the property. The soil and air.” 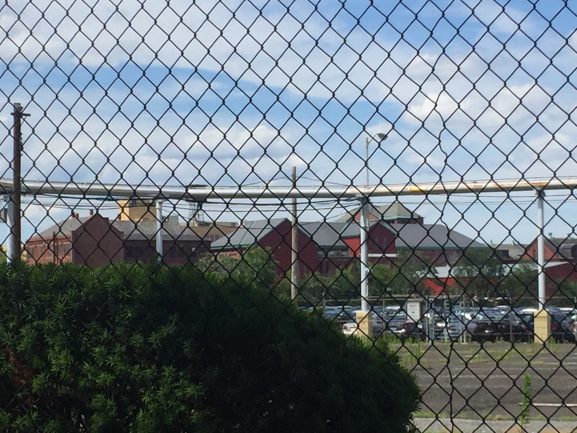 As the final report published by Stromberg/Garrigan makes explicit, the plan is not much more than a series of recommendations to those that will take ownership of the sites in the future, with the hopes they heed their advice for how best to utilize the tainted sites. The area-wide plan should “serve as common vision and reference for all parties, as step-by-step decisions are made,” the report reads.

Even if, as Corbett said, the EPA doesn’t want to see plans shelved and forgotten, there are plenty of factors that could affect the speed with which the sites see testing and clean-up, especially in a corridor of the city choked with separate development plans overlapping those of the planning commission.

“There’s a district plan this is a part of,” Corbett said. “And there’s the I-95 expansion. There’s all of these things they have to coordinate with … This plan has been annexed by other plans. The other plans have accepted the recommendations that have come out of this.”

“One ongoing area of uncertainty has been the alignment and timing of the next phase of the Delaware Avenue extension in Bridesburg,” Haak said. “Several recommendations in Bridesburg are dependent upon successful and timely coordination with this extension.” 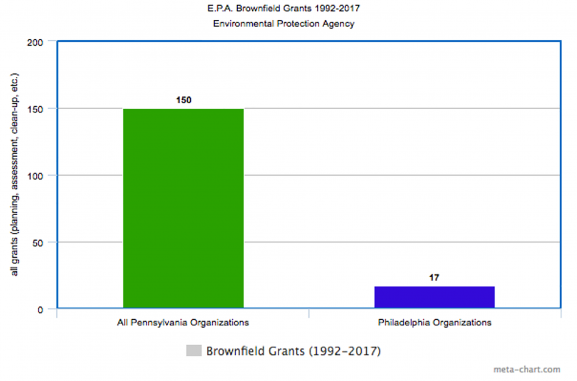 If those intertwined agencies do secure the next necessary grant, the findings of ecological testing could push back the prospect of full clean-up further still, Haak noted.

“In Pennsylvania, the degree to which a site needs to be ‘cleaned-up’ depends upon the extent/type of contamination and upon the future reuse,” Haak said. “A minimally contaminated site that is going to be used for industrial use might require relatively little clean up. A redeveloper who wants to reuse a severely contaminated site for homes, schools, or playgrounds could expect to be required to conduct a more extensive, and expensive, clean-up.”

Thousands of years before Bridesburg became the neighborhood we know of today, it was the lush lands that the Lenni Lenape (meaning “original” or “real” people) farmed, fished, hunted and thrived in. On April 13, [continue reading…]

From May 26 to June 25, the Bridesburg section of Philadelphia reported zero violent crimes, making it the only neighborhood in the city that can stake such a claim, according to a live-tracking data set compiled [continue reading…]