Community members in Walnut Hill gathered in a collaborative effort with the Wells Fargo Regional Foundation and the Enterprise Center to rebuild the Walnut Hill Park creating a safe and relaxing space for children and families.

An ongoing project since 2007, Walnut Hill Community Association and the Enterprise Center Partnerships Manager Lorna Peterson, went door-to-door to gather community input and to create the original neighborhood plan for the park. In 2009, the WHCA had their initial playground build. 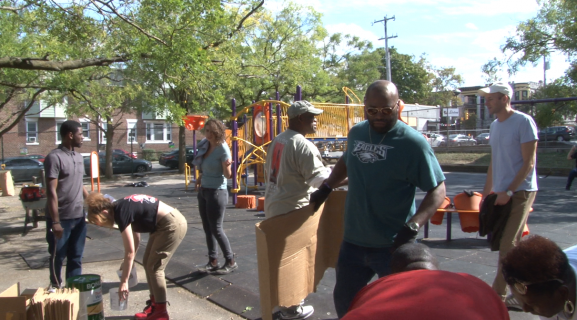 “We built this playground from the ground up,” Peterson said. “The residents, stakeholders and partners from the Enterprise Center all helped make this happen.”

Since 2009, the park became distressed and needed a makeover. The WHCA collaborated with the Enterprise Center to assist in the park rebuild.

The Enterprise Center is a community and economic development nonprofit organization focused on bringing positive change to the community.

Enterprise Center Manager Anthony Dixon said their mission is to make a community impact on the area they live in, which is why they helped in the park rebuild. 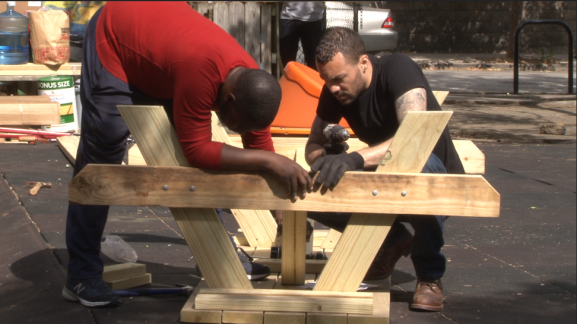 “We helped to put this park here and it is our duty to come and repair it,” Dixon said.

This playground is a landmark to Walnut Hill since it is the only park in the Walnut Hill area. While there are events and projects for all ages hosted in this park, the area caters specifically for children.

“Whatever it is we’re celebrating, it is always with children in mind,” Peterson said. 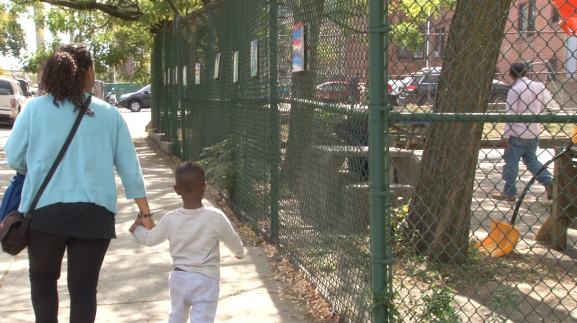 According to WHCA President Margaret Livingston, at least five or six daycares come to this park and use this playground every day.

“This is something we have to do as a community because this is our community park,” Livingston said. “We’re doing it for the kids because this is their play space and it is important they have a safe area to play.”

Livingston said a grant from the Wells Fargo Regional foundation is the leading reason why the park rebuild could happen.

While members from the Wells Fargo Regional Foundation were not able to attend the park rebuild, the WHCA members were thankful for their continued support and investment in the Walnut Hill community.

University City: Local Church’s Programs Reach Out to Community, Help Those in Need

https://vimeo.com/37481330] For the past 41 years, the University Lutheran Church of the Incarnation, or UniLu for short, has stood on the corner of 37th and Chestnut streets. A member of the Evangelical Lutheran Church in [continue reading…]

[vimeo 80776295] It’s no secret that the School District of Philadelphia has fallen on hard times. The district has to work with the budget it has set and because of this budget there have been many [continue reading…]