Breathing Room Yoga & Wellness Center may be located in the heart of Port Richmond, but some may argue that it feels far away from the hustle and bustle of the city. The studio aims to be an escape to serenity, a place to unwind and “find some breathing room,” as their motto says.

As a hospice nurse, owner and founder Roe Pietropaula worked closely with death and dying. Frequently being reminded of death made Pietropaula realize how the philosophy of yoga tied into her beliefs about life, living and her own spirituality.

Inspired to give back to her community, Pietropaula opened Breathing Room as a nonprofit in its first location on Richmond and Allegheny in 2012. 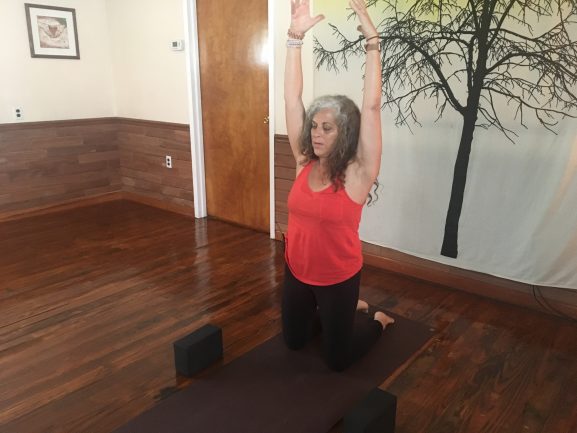 Pietropaula has made it her mission to provide an outlet for emotional, physical and spiritual well-being and development for all – and in turn, allow people to find some “breathing room” for themselves.

“I wanted the residents of Port Richmond to experience yoga and other wellness modalities, and practices that were affordable,” Pietropaula said.

To Pietropaula, it is not about making a profit but bringing yoga to a working-class neighborhood in hopes of erasing the stigma that it can have that it is only for wealthier individuals or fitness gurus. Since changing locations to 2926 Richmond St. last November, the studio has gained a great following and is sustained by generous private benefactors.

In addition to classes offered in the studio, Pietropaula does charitable outreach beyond the walls of breathing room.

She teaches a Chair Yoga class for senior citizens on the main line at the Ludington Library every Tuesday morning. About 40 seniors between the ages of 60 and 91 attend. The Tuesday class is free, while additional classes cost anywhere from $3 to $5.

The ever growing community that has emerged from Breathing Room is also comprised of devoted teachers and students. A master in his craft, Albert Fung found yoga the way many people do – because they are stressed. To Fung, making this lifestyle choice to practice yoga alleviated many symptoms of physical weakness and stress.

Becoming a yoga instructor, felt like the right thing to do for Fung.

“After practicing for many years, you become full and it just seems natural to want to give it back,” Fung said.

At Breathing Room, Fung is giving back by teaching Ashtanga and Vinyasa styles of yoga. 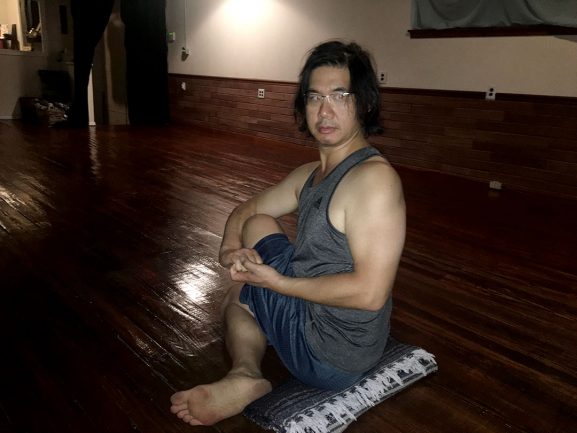 The classes offered at Breathing Room are just as rewarding for students as they are for the instructor.

Debbie Dunbar, a longtime student at the studio has been practicing yoga for over 30 years. She loves the variety of classes at Breathing Room, and even after thirty years she is still learning new things from different instructors.

Dunbar’s favorite class is Roe’s Classical Yoga class because the instructor really breaks down the movement and explains the poses. 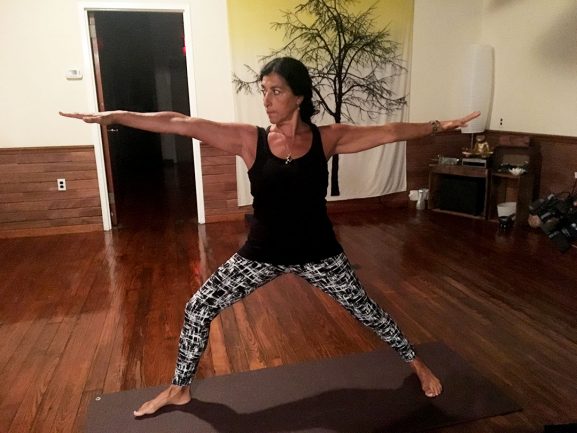 The Guerrilla Ultima food truck mixes different cultures into a unique BBQ style. It’s located right outside of Yards Brewing Co. at 901 N. Delaware Ave., every Sunday from noon to 4 p.m. The owner of [continue reading…]

Soundslide: Aspiring Football Player Discusses Fitness Goals https://vimeo.com/53028605] The road to being fit isn’t an easy one. It requires dedication and the ability to push yourself. “The hardest thing about getting in shape is getting [continue reading…]