Tech-savvy consumers often look ahead to the next best thing. However, there are times when repairing computers, phones and other devices is a better deal than buying new equipment. There are many tech repair shops in the city and several specialize in particular repairs. Here are five options for you to consider. 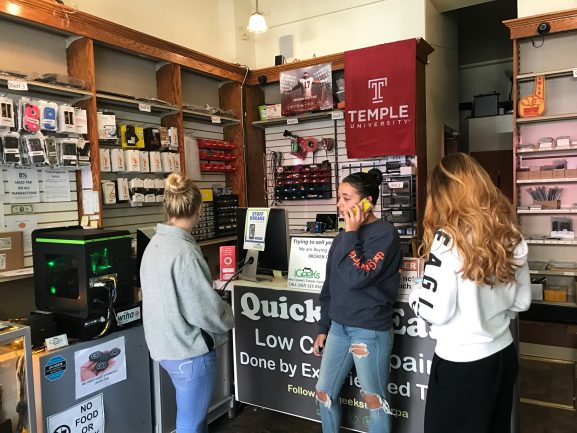 IGeeks serves as the one-stop repair shop for Temple students and North Philadelphia residents. The crew at the shop, a short walk from campus at 1516 Cecil B. Moore Ave., can fix your laptop or cell phone as well as sell you refurbished devices.

Aaron Chuplis, the store’s manager, said the refurbished option has helped drive the store’s sales, especially in the back-to-school period.

“For a lot of people, when they’re looking for back-to-school computers, they don’t want to spend a lot because they’re realizing computers don’t last as long as they used to,” he said. 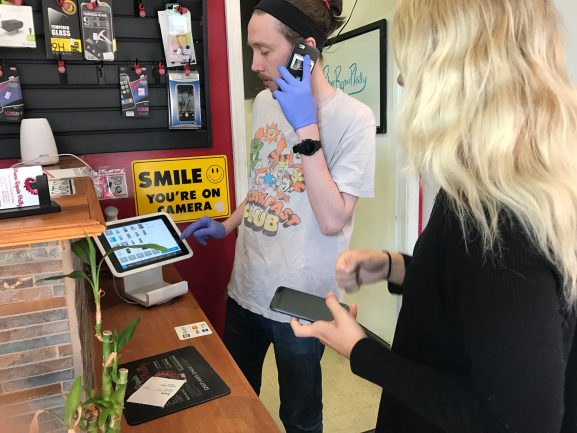 Phone Repair Philly handles a steady influx of smartphone repairs, mostly Apple iPhones with broken screens, employee Nelson Muhn said. Customers can be in and out in an average of a half hour, depending on the nature of the repair. The location, 935 Spring Garden St., is a short walk from Union Transfer. Phone Repair Philly, 935 Spring Garden St., is open seven days a week. 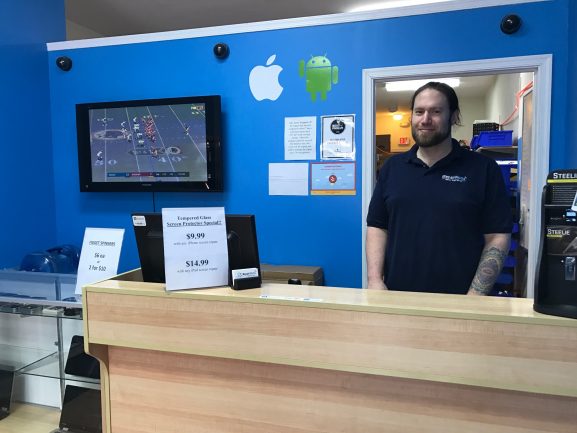 Located at 1358 South St., iRepairWorks handles cell phones, computers and video game consoles — a specialty repair that’s becoming hard to find. Scott Pushak, one of the store’s associates, said he often sees customers come in with damaged HDMI ports on their PS4s and Xboxes. He suggests that people make sure to unplug cables from their consoles before traveling with them. But if they should forget, iRepairWorks is right off the Broad Street Line at the South Street stop. 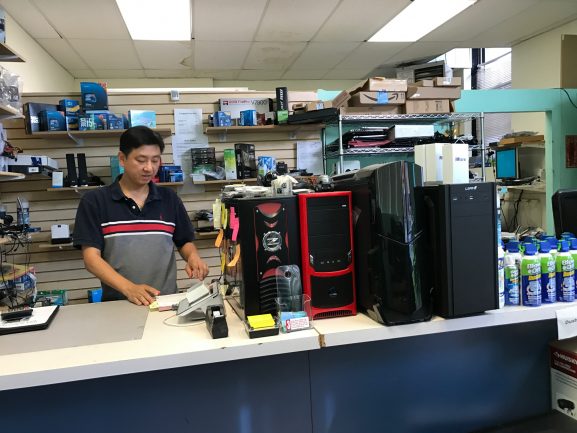 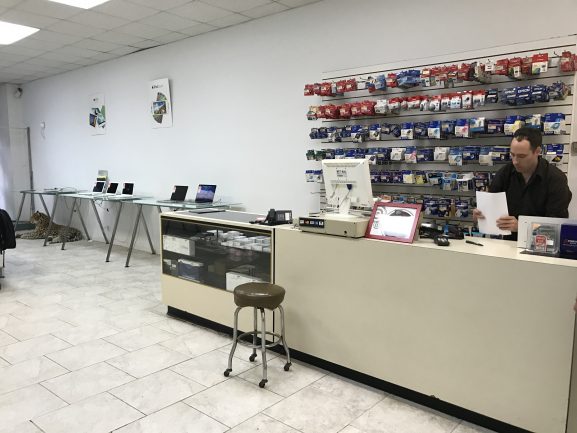 Bundy Computer, which started fixing typewriters in 1919, is a short walk from City Hall, located at 1809 Chestnut St. Bundy Computer has a wide-open storefront where customers can browse a variety of computers while waiting for service. The store, which does not deal with phones, specializes in Apple’s iMac and Macbook computers.

— Text and photos by Emerson Max and Marco Cerino.

Kensington: Sculpture Gym Provides a Resource for Artists of All Kinds

The Philadelphia Sculpture Gym may appear to be just a warehouse of mixed tools, loud rap music, boisterous drilling and machinery scattered throughout the large room. However, PSG is a creative haven in progress in [continue reading…]