As Philadelphia continues to evolve as a prime tourist destination, with a record 41 million visitors in 2015, many neighborhoods of the city have undergone revitalization efforts intended to boost the number of residents and tourists.

Many flock to the city for the history, arts and culture here. While each neighborhood has something to offer, other parts of the city can be seen as lacking when it comes to certain attractions. But what might initially be seen as a snub to a section, might in fact be for a valid reason.

In the vastly residential swath of South Philadelphia, only a handful of museums can be found: the Mummers Museum, at 1100 S. Second St., the History of Italian Immigration Museum, at 1834 E. Passyunk Ave. and the American Swedish Historical Museum at 1900 Packer Ave.

The Mummers Museum opened in 1976 as part of Philadelphia’s celebration of America’s Bicentennial, the American Swedish Historical Museum was created for the Sesquicentennial Exposition celebrating the 150 year anniversary of the signing of the Declaration of Independence and the History of Italian Immigration Museum began in 2014 as a way to impart the Italian immigration story on visitors to South Philadelphia.

Few museums appear in the area, even with a growing residential population that reached 27,592 people in 2015. Tracey Beck, executive director of the American Swedish Historical Museum, suggested crime as a past and potentially current deterrent.

“During the 1970s, when the museum was really struggling, the board seriously considered moving because at that time the neighborhood around here was very unsafe, so people didn’t want to come here at all,” said Beck. 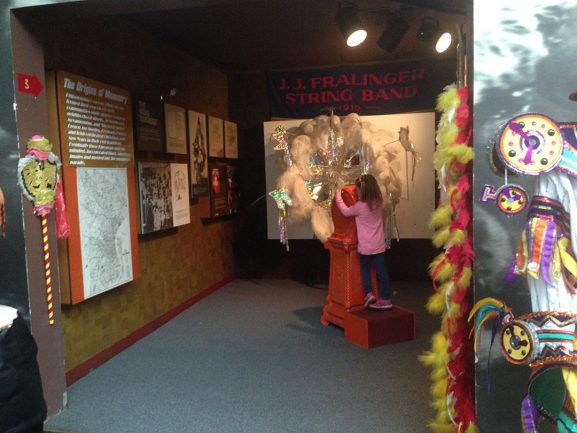 Perhaps one of the most isolated of Philadelphia’s museums is the American Swedish Historical Museum, located alongside the South Philadelphia Sports Complex.

For HIIM and the Mummers Museum, annual attendance is aided by a spike in guests at certain times of the year: for HIMM following the annual La Festa della Repubblica and for the Mummers after the New Year’s Day parade.

“Following the parade, we definitely see Mummers fever,” said Ilene Rosen, a worker at the Mummers Museum. “Some tourists don’t know what it we are until they come in and see the history.”

Both museums have free admission and rely on monetary donations, as well as donated artifacts, to maintain the museum.

As determined by Visit Philadelphia in their 2015 Hotel Inventory report, of 16,105 total hotel rooms in the Philadelphia area, 11,185 are in 50 Center City hotels. Only 602 rooms are at the three hotels in the stadium and Navy Yard area.

While low tourism concentration could be a factor in the lack of museums in South Philly, the museums of the area do not dwell on this.

“This is an amazing city to be a museum professional in because there are so many resources,” said Beck. “There is such a high concentration, just because they’re not located in South Philadelphia, doesn’t mean we don’t have access to that same network of support.”

The American Swedish Historical Museum can attribute their location to an early South Philadelphia relation—the land on which is resides once belonged to a Swedish colony located along the Delaware River from 1638 to 1655.

For the Mummers, Two Street (as Second Street is affectionately known by local residents) is the ultimate Mummers headquarters, known for rowdy and spirited New Year’s Day celebrations. 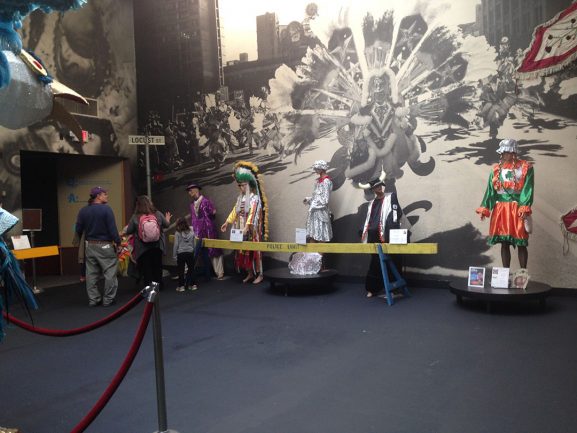 While optimistic about the prospect of another museum by the Sports Complex, Beck is skeptical it will bring many new visitors to ASHM.

“I’m not sure that people seeking out a sports museum will go, ‘Oh! And there’s a Swedish Museum down the street, why don’t we check that out,’ because the same thing is going to happen to them,” said Beck. “People are going to have to seek them out.”

The latest museum proposal echoes the sentiment shared by the three main museums of South Philly—while perhaps being located in Center City would generate more foot traffic, it would be nonsensical to have such something so purely South-Philadelphian anywhere else but in South Philadelphia.

For HIIM, many of the artifacts collected belonged to people who lived on the very street the museum resides on—East Passyunk Ave.

“We try very hard to honor the donors of the museum,” said Michael Bonasera, curator at HIIM, “and make sure that we tell their stories.”

Many kids around Philadelphia choose to play sports such as football, basketball or soccer. On the other hand, what most consider an adult’s game – golf – is a sport that might not be on […]

“I’m a permanent fixture here,” said Sam DiCarro, a lifelong regular at Tap Room on 19th, a neighborhood bar in Point Breeze. After changing hands many times throughout the years, Michael Strauss and Pete Fry acquired […]

With a beaming smile on a Thursday morning, Lee Fass explained the importance of strong, clear lines in drawings. Her two art students listened dutifully while glancing between white computer paper and Fass’s extravagant gestures. […]