On the same Sharswood block where Greg Bullock was born, grew up and lived for nearly 50 years, he found himself standing in a pool of his son’s blood.

Bullock’s son, Devin, was 17 years old when he was involved in an accidental shooting just a few hundred feet from his father’s home on 26th and Master streets. Devin, who was fatally shot on 26th and Thompson streets, tried to run the couple blocks back home to his father.

After he called for help, Bullock looked down the street at the path of blood left behind by Devin’s run home. He noticed blood on his neighbors’ cars, and as he watched first responders lift his son into an ambulance, the first thing he could think to do was offer to clean up.

“I remember the neighbors coming to their door, and I was telling the neighbors, ‘I’ll wash the blood off your cars,’” Bullock said. “I was so freaked out.”

“And they were like, ‘Baby, don’t worry about it. Just get to the hospital.’” 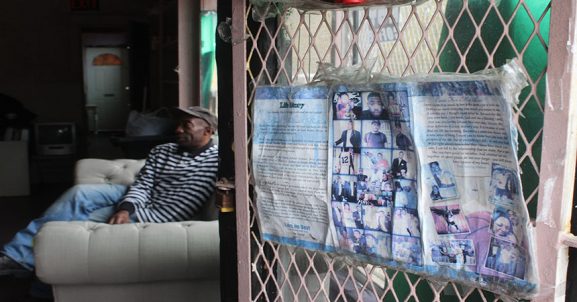 That interaction would define Bullock’s relationship with the Sharswood community, especially his own block, after his son died in 2014. To cope with the loss of his son, Bullock works with neighborhood children in an attempt to keep them occupied after school — and ultimately to keep them safe.

“We took that and turned that negative energy into something positive,” Bullock said. “A lot of the kids, they just don’t have nothing to do, so they turn to the streets. But if they had more programs, more people mentoring them, they wouldn’t be in the streets. So we try to do as much as we can.”

Bullock helps facilitate community basketball, jump rope and track programs for children at a playground across the street from his house. He helped a local pastor — who used to preach to neighborhood children in her own home — build a brand new church, complete with a kitchen, bathroom, alarm system and wall-to-wall carpeting. Bullock even bought his own water ice cart, out of which he sells discounted treats to neighborhood children who can’t afford the more expensive frozen desserts from chain shops.

It seems that when Bullock watched his son bleed on the sidewalk just outside his front door, it strengthened his bond with the Sharswood community.

“It gives me more energy to keep going, to do the right things, so other little kids, other parents, don’t have to go through what I went through,” Bullock said. “I’m not going to let his memory go.” 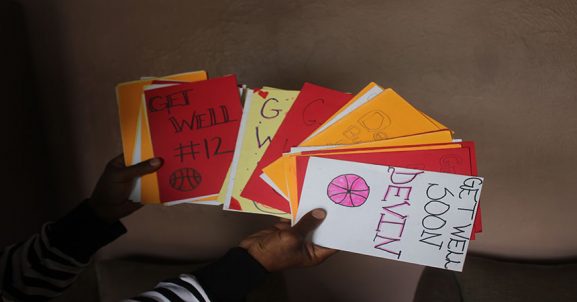 Iman Robinson used to live in Sharswood, and she met Bullock and his family at Devin’s second annual memorial ceremony in 2015. When she got to know Bullock, she was impressed by his dedication to neighborhood children.

“The simple fact of it is, [Bullock] thought, ‘Hey let’s do a basketball league,’ and it was for girls and boys,” Robinson said. “He would just do it, just because he wanted to. No one forced him.”

Bullock was born in his childhood home on 26th and Master streets. After his parents both passed away when he was 15 years old, Bullock’s older sister sold the home and he moved to a new house on Girard Avenue near 29th Street — but he didn’t stay away long.

By age 20, Bullock decided to move back to his block. He lives in a house on the corner of 26th and Master streets, near his first home. Bullock has lived in the house — adorned with teddy bears and candles to memorialize his son — ever since. 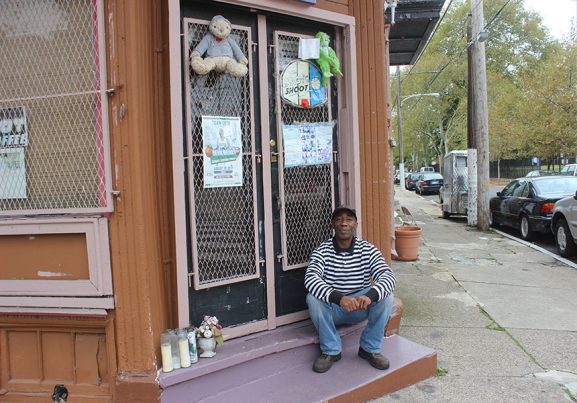 Now 53, after devoting a lifetime to improving his block, Bullock is facing new local challenges. Last month, his landlord’s health started to decline, and he started trying to sell the home Bullock lives in. 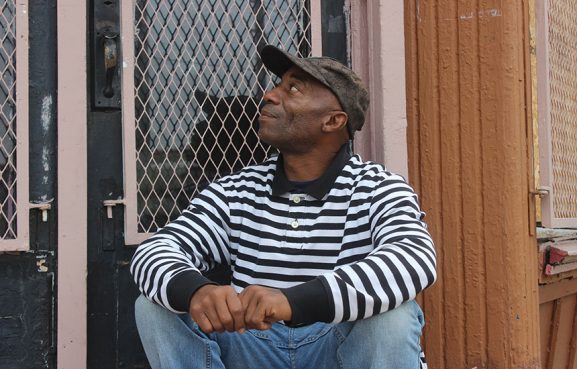 “Now we’re trying to come up with the funds to keep this building, and we really don’t know how,” he added. “We’re praying at this point. We’re just hoping for a miracle so we can stay.”

-Words, images and audio by Emily Scott and Michaela Winberg.

Mantua: Gun Violence in “The Bottom”

Germantown: “We Need People To Put These Guns Down.”

As of yesterday, there have been 258 homicides in Philadelphia so far this year according to the Philadelphia Police Department. There have been numerous shootings in Germantown, resulting in critical injuries as well as death. [continue reading…]