Mark Lightfoot arrives at his barbershop as early as 6 a.m. to make sure everything is in place for his morning appointments.

From the placement of each tool at each work station to the cleanliness of the floor, appearance is just as important as the quality of the haircut.

This is one of many reasons why Philadelphia Hair Co. has remained one of the most successful barbershops in the city for the last three decades. 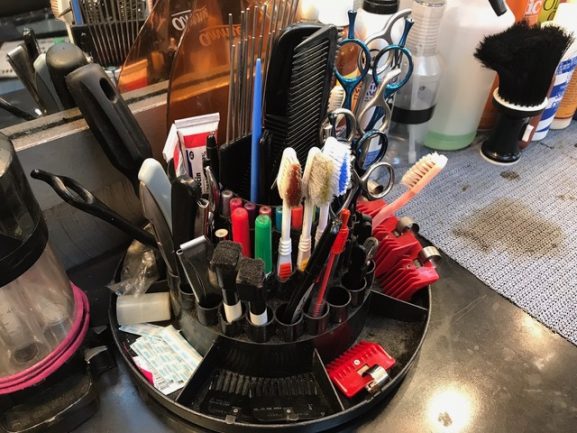 Philadelphia Hair Co. opened in 1990 and has become a pillar in the community and beyond. Dubbed “the celebrity barbershop,” the shop has served everyone from Denzel Washington to Philadelphia Eagles players to Will Smith.

Lightfoot first began cutting hair in his grandparents’ basement when he was a teenager. In 1984, he began working in his first barbershop, giving him just a sneak peek at the inner workings of a barbershop looked like.

“Working for somebody else is not fun,” Lightfoot recalled. “I was supposed to be an entrepreneur.”

“I thought he was crazy when he first told me he wanted to open his own barbershop,” said his mother, Earlene Lightfoot. “He was only 20 years old and he knew all these people. I knew I had to quit my job as an assistant banker because he couldn’t do this by himself.”

His mother has worked there from the beginning and his son, Mark Jr., grew up right above the shop, where he began working just last year. 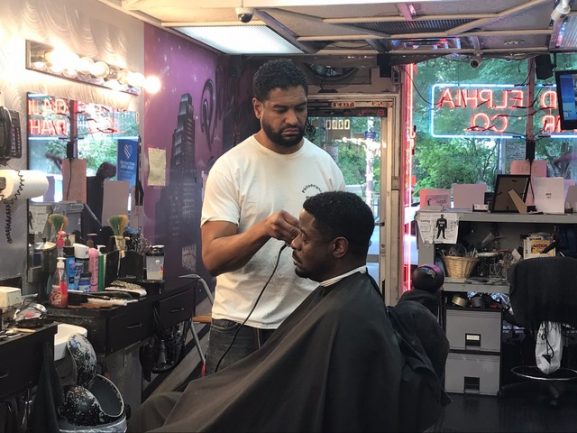 Born and raised in Germantown, Lightfoot has watched the neighborhood evolve, for better and the worse. Lightfoot acknowledges the low points in Germantown, such as the drug era of the 1980’s and the steady crime rate that still exists today.

But he doesn’t focus on the bad.

Lightfoot is all about the positivity, which is shown through some of the unofficial policies in the shop: no cursing, no fighting and nothing but gospel music and kid-friendly videos playing in the shop. Each work station is neat and organized in a specific way for each barber to get to work. 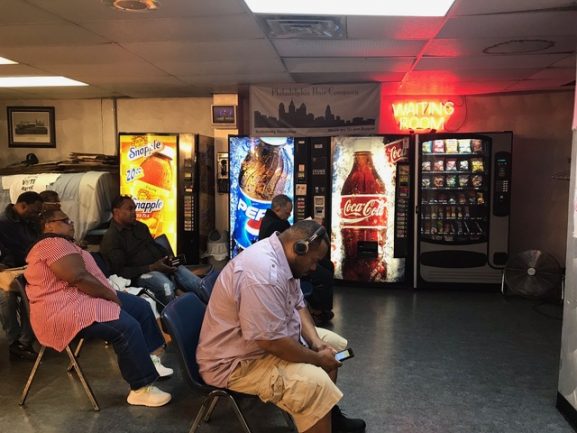 The waiting room is complete with newspapers, magazines, televisions and vending machines to ease the waiting time for each customer. This is a family establishment in every sense.

Mark Jr., now 21, was basically raised in the shop. Someday, it will likely be his.

“I have some big shoes to fill,” he said. “I’m kind of nervous to be filling those shoes, to be honest, because everybody is going to expect the same or more of me. He set that bar very high.”

The reputation of Lightfoot and the shop has evolved into a life of its own. 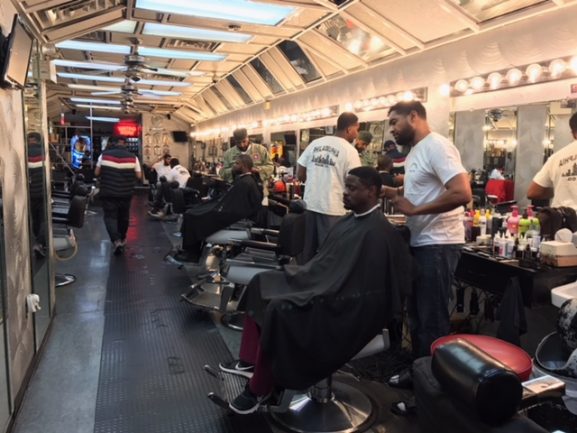 “All in all, how could you stay open for 27 years if the community didn’t allow it?” Earlene asked. “If we were promoting anything that was other than the best, we would be out of here. People would complain to the community leaders and have everything shut down, but that hasn’t happened,”

The family feel is apparent, even to those who do not know much about the history of Philadelphia Hair Co.

“Everyone here sticks together,” said Anya Allen, a new addition to the barbershop crew. “It’s a father and son vibe. It’s really cool to be around.”

Tijuana James has been a loyal customer to Philadelphia Hair Co. for two years. She currently resides in Maryland, but she said she can’t find anyone who cuts her hair better, so she continues to make the drive to Germantown.

“The shop is very professional,” she said. “Barbershops are normally men’s places but I feel comfortable here. My dad, who passed away last year, was a barber for about 65 years. I grew up in barbershops.” 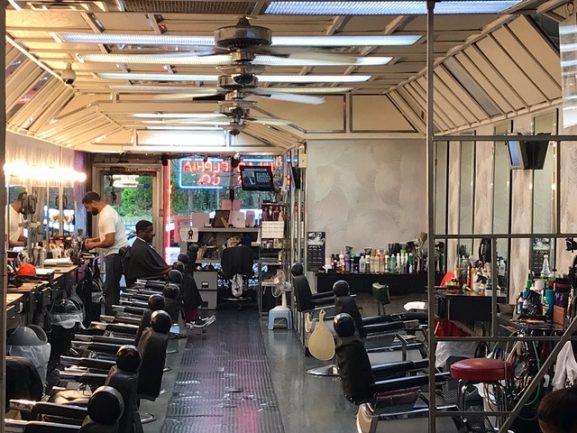 Another aspect of the shop that Lightfoot takes pride in is the Bible scriptures placed throughout the building. For him, it is a way to give thanks for everything – his shop, his family and good health.

“I know what He did for me,” he said. “I don’t want to infringe on anyone’s religion or anything but I want to thank Him for what he did in my life. I share it the best way I can without trying to force it on anyone.”

Texts, images and video by Kayla Solomon and Brianne Deville.

https://vimeo.com/33166763] From the outside, Philadelphia Hair Co. blends right into the plethora of other barbershops and hair salons lining Germantown Avenue. A montage of event posters covers the window front below a gaudy, neon-red lit sign [continue reading…]

North Central: One Barbershop Wants to Transform the Industry

One barbershop in North Central strives to live up to its name by bringing out the beauty in all its clients in an atmosphere that feels like home. Completely Beautiful, located at 1617 Cecil B. [continue reading…]