Logan residents feel they have been kept in the shadows for decades by their council people, but City Councilwoman Cindy Bass is finally giving them a voice.

“We’ve been promised that our issues are going to be addressed by the politicians over and over again,” said Cecil Hankins, a neighborhood resident. “Logan is the least of the communities that receives city services.” 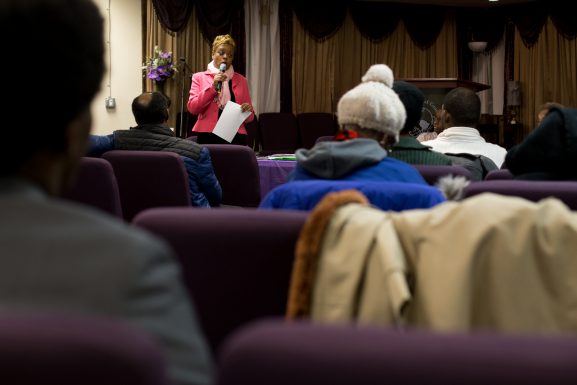 Provision of Grace Church held a Logan Civic Association meeting on March 12, 2018 where Bass briefly addressed the community. Hankins said Bass has made appearances to inform residents about her latest bills in the 8th District more frequently than past council members.

“You all know what other neighborhoods I represent-Mt. Airy and Chestnut Hill,” Bass said to the crowd.  “They fight, and you can do it too. You’ve got to fight for your community too because no one else is going to do it for you.” 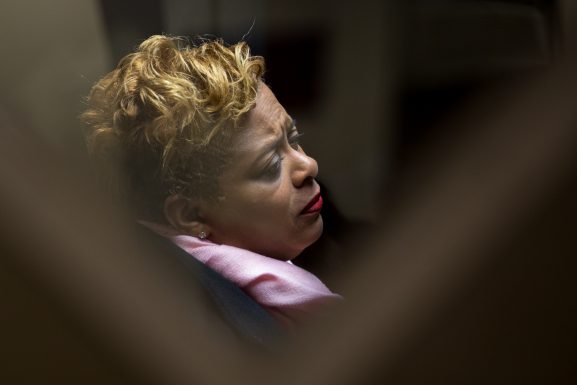 Bass listened as Hankins and other Logan neighbors voiced their concerns that evening. Hankins attested to her community involvement and he, among other residents, recognized her for possessing willingness to listen and speak with them. Her office has enacted an action team that will respond to complaints in the 8th District within 24 hours of a report.

“She has the willingness to actually listen to other folks in the community,” said Hankins, who is involved in fighting for the revitalization of Barrett Playground. 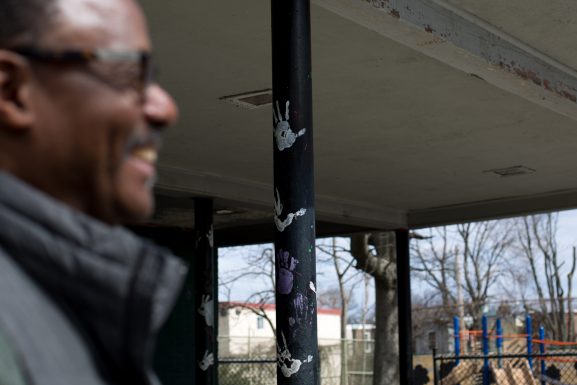 One of Bass’ offices is located on Germantown Avenue near Windrim Avenue in Nicetown. Just a few blocks away, Bass spent a recent Friday evening with constituents, family and old friends at the Colored Girls Museum.

Her voice of empowerment rang through the house the same way it had in Logan just a few days prior.

Bass’ 8-year-old daughter, Carsen, came into the kitchen wondering when her mom was going to finish eating her pizza and speak to the small audience gathering. The event, which was sponsored by Philadelphia’s chapter of Jack and Jill, was held to inspire kids to be empowered through politics and their identities.

“There is a path to empowerment that comes from seeing those that came before you, but also understanding you have that ability within yourself,” said Anne Reis Burgess, a Jack and Jill mother and Germantown resident. “It takes hard work but it also takes a vision.” 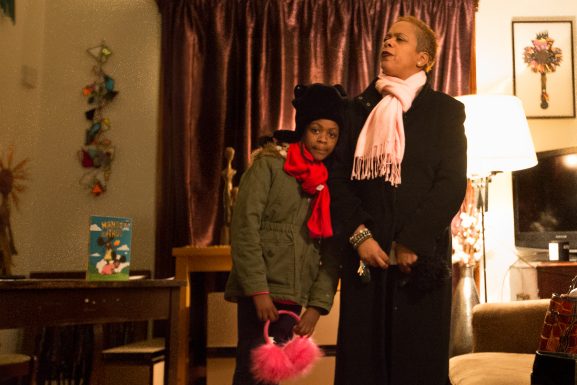 Growing up in North Philadelphia, Bass has dedicated her work to providing a quality of life for communities and keeping children safe. At a young age, Bass was interested in politics and participated in civic engagement through volunteering with leaders in her neighborhood.

Bass draws attention to the importance of voting by making sure constituents are engaged with their elected officials by speaking with people of all ages in the community.

“Seeing an elected official talking to them and taking time to listen to them, showing that they’re important and that they’re going to be voting,” Rhashidah Perry-Jones, a Jack and Jill mother and friend of Bass, said about Bass’ talk with children.

Last year, Bass created the 8th District Rebuild Community Engagement Committee in response to the city’s $500 million Rebuild initiative. The program will disperse funds to rebuild and revitalize city parks, community recreation centers and libraries throughout the city. In her speech, Bass promised to the Logan Civic Association to have Barrett Playground revitalized before anything else.

“It’s really in poor condition,” Bass said, noting she does not think it has been touched since the 1940s or ’50s.

Tonya Bah, who has lived in the 8th District since 1974, said the area is very important to her and she loves living there. Of Bass’ recent bill regarding restaurant liquor licensing, Bah said “it addresses and ensures that business receive the proper license and addresses the barriers of eating at restaurants.”

Bass made headlines for the bill which proposes to hold establishments accountable when violating the requirements of their state-issued restaurant liquor license. It also proposes to create regulations on the use or removal of physical barriers between food service and customers in any large establishment by Jan. 1, 2021.

“We need to fight for ourselves,” Bass said.

She encouraged people to take charge of their communities, as she did herself as a child of North Philadelphia.

–Text, photos and video by Drui Caldwell and Margo Reed.

Kid’s Corner Child Care Center has provided the Logan community with strong foundations for young learners. Located on 4815 Old York Road, the brightly decorated building has welcomed families into the facility for over four [Read More]

Among the various neighborhoods that make up Philadelphia, North Philadelphia harbors many small businesses and institutions that you probably didn’t give much thought to. The following five places serve to better the community and provide [Read More]

With the Philadelphia City Council Election Day nearing, many local residents have expressed their views on the issues that matter to them and impact the vitality of their communitie In Logan, which is part [Read More]