Every morning, activist the Rev. Richard Fernandez picks up the phone to call politicians’ offices.

Fernandez began his activism in the 1960s while he was attending Penn University. He became involved in the civil rights movement and worked with Dr. Martin Luther King Jr.

“When I was in college I hitchhiked down to Montgomery (Alabama),” Fernandez said. “I was doing a paper on the aftermath of the bus boycott. I managed to get about a two hour interview with him in Atlanta coming back up. That was my first encounter with him.”

Shortly after, Fernandez became the executive director of Clergy and Laity Concerned, a nationwide network of religious leaders dedicated to opposition of American involvement in Vietnam.

It was during his time with Clergy and Laity Concerned that Fernandez organized King’s “Beyond Vietnam – a Time to Break Silence” speech at Riverside Church in 1967.

“The speech he gave was so full and large,” Fernandez said. “It was quite amazing. He managed to never criticize the president. He always talked about we [Americans].”

Since then, Fernandez has gone on to serve on the board of more than a dozen nonprofit organizations.The beginning stages of founding a nonprofit can be strenuous, he said. Fernandez would help organizations secure funding and set up a base of operations.

“And when they got up and going,” Fernandez said, “I would leave the board.”

He has worked with groups such as The Reinvestment Fund, Energy Coordinating Agency and Friends Life Care just to name a few. While some of these groups now work nationally and beyond, Fernandez was there in the early stages of development.

One of the organizations he worked with long term was the Northwest Interfaith Movement, a nonprofit based in Mount Airy. He served on its board for 23 years before leaving.

“Our mission was to build a more just and sensitive community,” Fernandez said. “Because of my background there, I began working with the Interfaith Center of Greater Philadelphia. We began as a result of 9/11. It brings together all the world’s religions you can find in the city.”

Fernandez began working with the Interfaith Center in 2004 along with its executive director Abby Stamelman Hocky, who he had previously worked with at the Northwest Interfaith Movement. 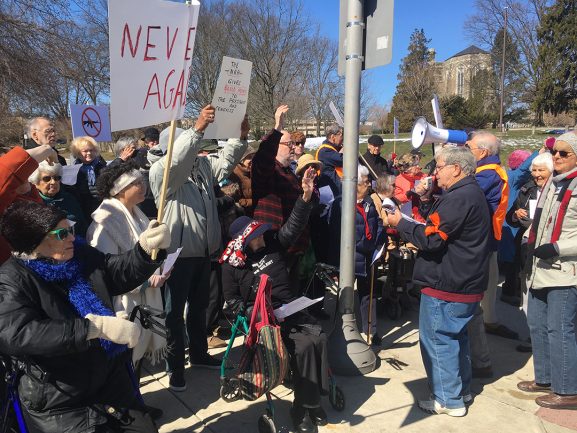 In 2017, Fernandez helped to found the activist group Indivisible Village. It is his latest mission in continuing his lifelong commitment to activism.

The group is comprised completely of residents from the Cathedral Village Retirement Community in Roxborough. Fernandez has helped to inspire people to stay politically active, even in their older years, including those who haven’t been politically active in the past.

Indivisible Village is part of the larger national Indivisible movement that was created in response to the 2016 election. For Fernandez, it just made sense to get involved after years of public service, especially in such a divisive political climate.

“I think (President) Trump creates a lot of the impetus,” Fernandez said. “He is a nightly immobilizer for democratic interests.”

According to a study conducted by the Campaign Finance Institute, the number of Democrats who had raised the $5,000 necessary by June 30, 2017, to be a challenger in the 2018 midterm elections was more than four times the amount of the previous cycle.

In addition to being a founder, Fernandez serves as the chair to Indivisible Village. He works alongside his wife, Elouise Chevrier, who is the organization’s treasurer. 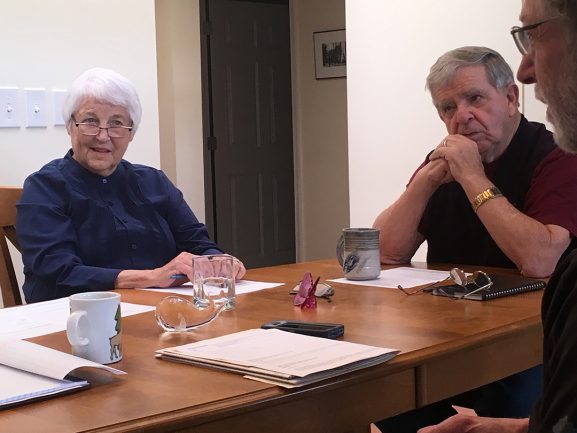 “We’re out of the 60s,” Chevrier said. “I wish we didn’t still have to do this, but given the times we felt it was important.”

Fernandez plans to stay active and to continue encouraging others to do so. However he believes growing older is encouragement enough.

“I think it’s a sign of old age when you make a decision … [to] step back off of the street and onto the grass,” Fernandez said. “It makes you feel as if you’re not a part of this anymore. I think a lot of people still want to be players. They can’t do what they used to do but they want to do something. It’s good for the soul.”

Elections: Reproductive Rights Activists Looked to the Election and Beyond for the Future of Abortion in Pennsylvania

Leading up to the election, activists were focused on advocacy and voter mobilization to keep abortion legal in Pennsylvania. Following the results of Pennsylvania’s midterm election, that work has paid off.
[continue reading…]

As the birthplace of the U.S., Philadelphia holds the history of William Penn, Benjamin Franklin, Thomas Jefferson and many others. These people stood on the front lines of making a change, not necessarily in battle, [continue reading…]