Danilo Burgos, former aide to Councilwoman Maria Quiñones-Sánchez and Councilman Allan Domb, became the 197th District’s first Dominican-American State Representative candidate after defeating incumbent Rep. Emilio Vazquez and CEO of Pan-American Mental Health Services Fred Ramirez in the primary election this past May 15. Burgos, a democrat, will run unopposed in the November general election as there are no Republic candidates in the race.

Burgos was born in Washington Heights, an area in uptown Manhattan most known for its high population of Dominican immigrants. His family moved to Philadelphia when he was 12 years old, and during the early 1990s his family-owned a grocery store located in the Hunting Park area.

Growing up in North Philadelphia, he attended Roberto Clemente Elementary School and Olney High School, where he was an active member in the ASPIRA club, a club placed in various high schools located in Hispanic-populated neighborhoods that invests in Latinx youth to empower through leadership development and education. 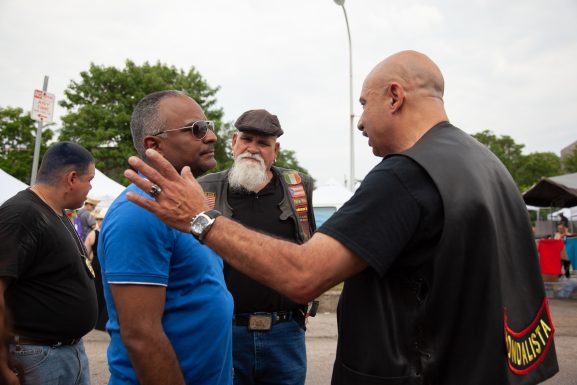 “When you’re new into a society or community, people look at you differently,” Burgos said. “I think the biggest challenge is to get your message across. I was able to get my message across by involving myself in the community. That’s the best way to integrate yourself in a community you feel you don’t belong to.”

Although his interest in social justice and activism grew significantly throughout his later years in high school, it was the death of his uncle Jose Martinez, who was murdered during a hold-up in his grocery store in 1994 that sparked his interest in community activism.

His interest in bringing social and political awareness to his community motivated him to start organizing at a very young age. Alongside his cousins and other grocery store owners, they framed what would be known as the Philadelphia Dominican Grocers Association (D.G.A.P). 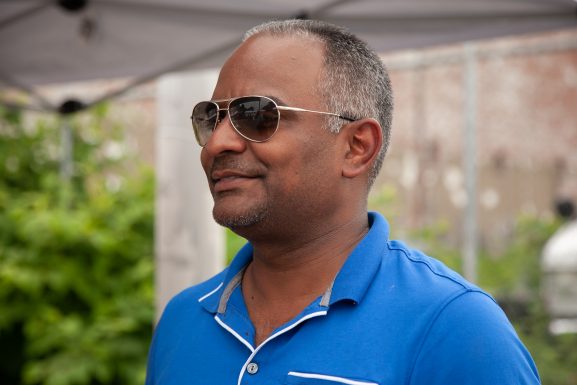 Established in 1998, The D.G.A.P. was founded in partnership with the Eastern Pennsylvania Organizing Project (EPOP), according to Burgos website, that was also the same year he opened his first grocery store in North Philadelphia.

“We started off as a civic organization helping business owners interact more with their communities,” Burgos said. “Not just service them, but also understand the churches around them, the block captains around them, and also how to get involved in American politics.”

Since then, Burgos established himself as a community leader. He’s worked on various projects and initiatives in collaboration with organizations like Congreso de Latinos Unidos and The Latino Partnership. 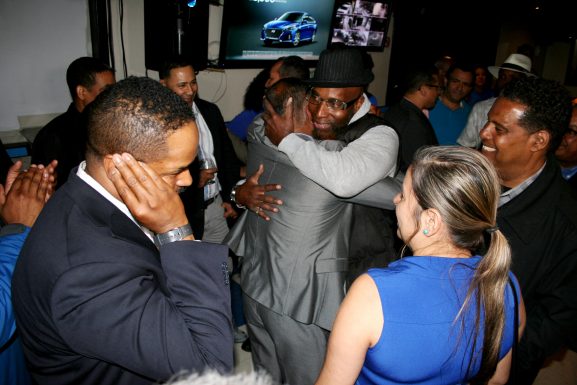 He credits political leader Juan Ramos as someone who took him under his wings in the beginning stages of his political career.

“Former Councilman Juan Ramos was the first person I actually worked on a campaign with, and I worked with him in all three of his elections.” Burgos said.

Burgos previously ran for this seat in 2014, but was defeated by Leslie Acosta.

Although Burgos’ first attempt to become a representative for the 197th District was not successful, the spark that lights up his interest for small businesses, social justice and advocacy for safer communities did not fade. Four years later, he decided to run again with a small group, including his 23-year-old son Danilo Rafael Burgos Jr.

“I remember the first time my father told me he was running again,” Burgos Jr. said. “I told him it was not going to be easy, but we have to go with it. Whatever my brother and I can help you with, we got your back.”

During a phone interview with the Philadelphia Weekly, Burgos expressed how he believed the party went a different direction with a candidate recognized by the community. Burgos has made it his mission to change the conversation from the negative connotation that Philly politics have, and move in another direction.

While working as an aide for councilwoman Maria Quiñones-Sánchez, Burgos was the director of zoning and business development. He oversaw the expansion of San Christopher’s Hospital, Allegheny development and other projects on behalf of the councilwoman.

During his time working next to Quinones-Sánchez, he met Maritza Padua, who has not only been his friend for 12 years, but now is his current campaign manager.

“It was one of the most positive campaigns,” Padua said. “It was run from a positive perspective, and we stayed away from social media.”

The 197th District is composed by neighborhoods in North Philadelphia, including sections of Fairhill, Kensington, Hunting Park, Glenwood and Feltonville.

According to the Pennsylvania Redistricting website, in 2011 the district’s adjusted population was composed of mostly Hispanics (34,586) and African Americans (27,402). One of Burgos’ campaign purposes is bridging the gap between these two groups.

“There is this imaginary line between the Hispanic and African American community,” Burgos said. “I was able to rally the largest coalition of African Americans to work with us.” 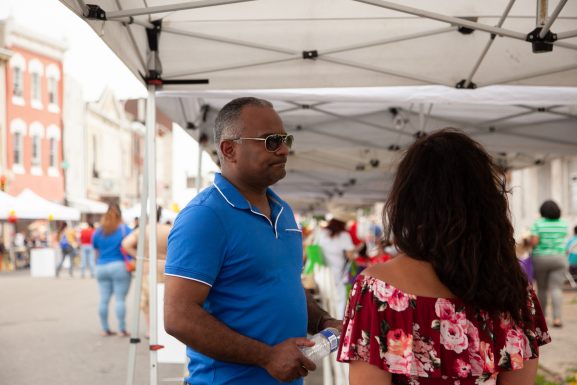 Burgos hopes he is able to bring these communities together, and move the North Philadelphia’s agenda forward. He believes there is a misunderstanding in Harrisburg when it comes to the 197th District.

At a forum hosted during the elections by Al Día newspaper and Committee of Seventy, a nonprofit, nonpartisan independent voice for better politics and government, Burgos stated that there is a state-wide perception that everything coming out of Philadelphia is a negative.

“I look forward to helping to change that, by speaking,” Burgos said. “A lot of these people are voting on issues they do not understand, or do not even know in Philadelphia.”

Aside from running the campaign on racial integration, the team focused on maintaining relationships with the people of the community. He wanted to make sure that residents in the district understood his values, what he has done for the community prior to running and his future plans. 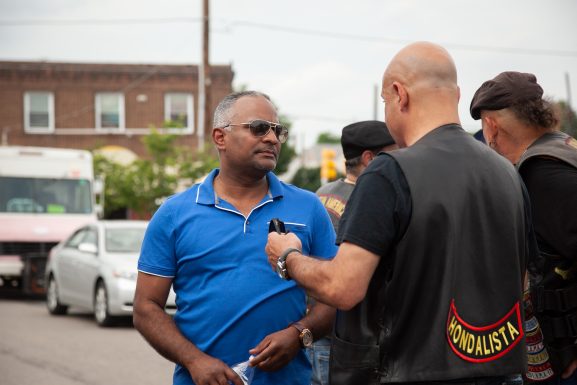 Danilo is most recognized for his highest priorities, which include investing in public schools, working with small businesses and creating a safer environment for the district, where the police and community work together.

Throughout his political career his prime motivation has been to create a stronger city for his children, who have been involved every step of the way.

“The campaign trail was rough,” Burgos Jr., said. “It was a few of us. I remember Lynn dropping, walking throughout the community and knocking at people’s doors for four to five hours a day.”

The general elections will be held in November 6, 2018. However, since there is no Republican candidate running for the seat, he is expected to assume office in Jan. 2019.

The Millennial generation makes up about 31 percent of the voting population for this upcoming election. For this current election cycle both the Republican candidate, Donald Trump, and the Democratic candidate, Hillary Clinton, have voiced [continue reading…]

His name is Odin Palacio, but the community knows him by his artistic name, Udini La Voz. Originally from Panama, Palacio is a young local talent whose mission is to create a bicultural movement with [continue reading…]