Philadelphia has had a long history when it comes to libraries. Benjamin Franklin started the country’s first library, The Library Company, which remains open today, 287 years later.

While many agencies of government, at all levels, have pushed back against immigration cutting budgets and services, the nation’s 16th largest public library has many services for those who are foreign born.

At Free Library of Philadelphia branches, a slew of resources are tailored to immigrants and refugees’ needs, including:

Depending on the community they serve, certain branches will offer materials and programs in specific languages, said Nate Eddy, the strategy coordinator for the Free Library. For example, 13 percent of the materials are Chinese language-based at the Independence branch near Chinatown, according to a 2012 Pew Charitable Trusts report. 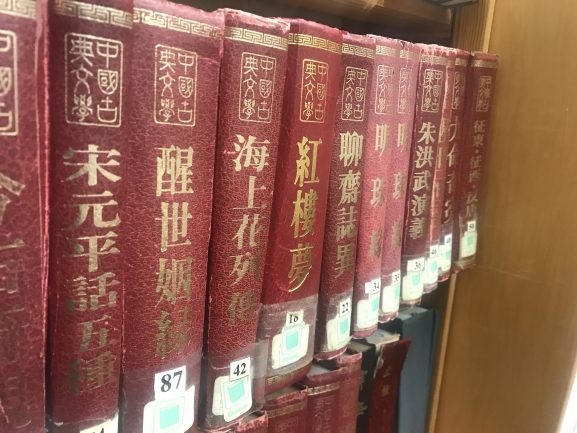 Eddy noted that visiting a library with materials in your primary language has more staying power for immigrants.

“That sends a positive message to you,” he added. “You may think, ‘Wow this place is welcoming, and I really want to take advantage of what’s happening inside these walls.’”

Having a library card also allows immigrants to benefit from the standard amenities — like free Wi-Fi and access to computers and printers — offered at the Free Library locations in the city.

There are more than 50 branches in Philadelphia which can be found on a map here.

Why libraries are welcoming to immigrants

Paul Guequierre, the director of communications for the Urban Libraries Council (ULC), said civic service is natural for libraries, making them an important access point for immigrants in a new city.

The Free Library signed a ULC statement on libraries’ duty to promote race and social equity, and an inclusivity statement on its website names all of its Philadelphia locations as “safe havens” for disenfranchised people of any demographic.

But the Free Library has been offering resources for immigrants for at least a decade, Eddy said.

“Philadelphia has always been home to immigrants and the library is a trusted institution for any of these people,” he added. “They come to the library just to gain access, just like a lot of other folks.”

— Text and photos by Grace Shallow

While the walls of books are characteristic of a typical institution of learning, the Falls of Schuylkill Library is far from commonplace. Laughter and conversations frequently reverberate off the walls of the nearly 100-year-old building. [Read More]

We spoke with the Free Library of Philadelphia’s Northwest Area Coordinator Jeff Bullard, and Andorra Branch Librarian JoAnne Woods about how the Free Library serves the community in the Northwest, and also in what ways [Read More]

A growing population of Southeast Asian refugees comes with an exciting new culture to learn from, along with serious health needs that require specific attention. Those who lived or immigrated during times of unrest, like [Read More]