Chinatown resident Anna Perng is an advocate for both immigrant communities and for people with disabilities.

Perng, the daughter of Taiwanese immigrants, has been an activist and organizer since her time studying at Swarthmore College, she said. After graduating, she also spent time working at Community Legal Services and in 2017 became a local community organizer in Philadelphia for Barack Obama’s presidential campaign. After Obama’s victory, Perng found herself working in the Obama administration as part of the president’s transition team.

Today, she volunteers with Organizing For Action (formerly Obama for America) and champions issues she cares about in her Chinatown community. Perng is also the mother of two boys, ages 5 and 7, who are on the autism spectrum. Her experience with her own children served as the catalyst for creating workshops that she runs for immigrant families in the city whose children have a disability. 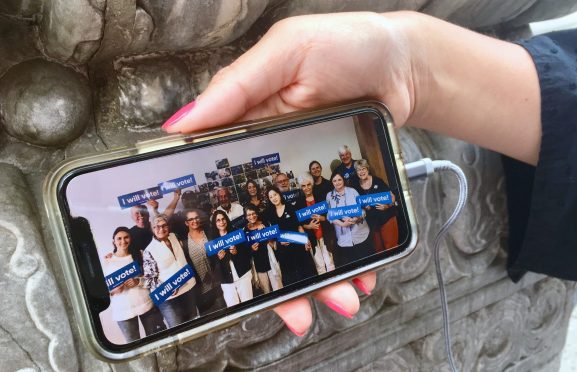 In 2015, Perng and fellow Chinatown resident Mandy Lin, along with others, used a grant from the Philadelphia Autism Project to begin hosting workshops so immigrant parents could advocate for their children with disabilities. The workshops provide parents with translated documents and language interpretation. The workshops have served Vietnamese, Korean, Chinese, Cambodian and Hispanic families in the Greater Philadelphia area and are held at the Chinese Christian Church and Center at 10th and Spring streets.

The workshops are also a part of the Temple University Cultural and Linguistic Diversity Project and include a collaboration with the university’s occupational therapy students whom engage children while their parents attend the workshops.

Perng spoke about these workshops, the difficulties immigrant families face in the public school system and her own organizing and advocacy work in politics and in Chinatown.

The following Q&A with Perng has been edited for length and clarity. 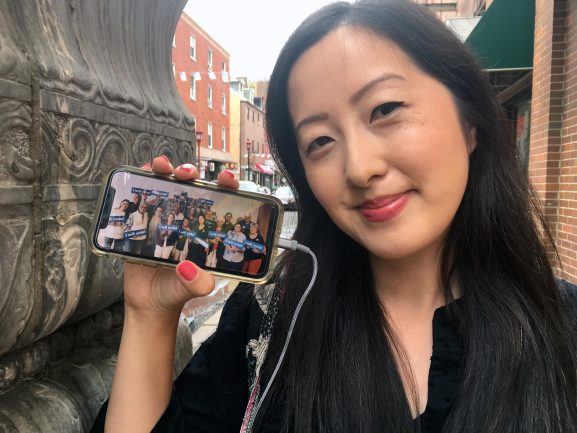 How did your own personal background influence your advocacy work?

Growing up in New Jersey, and really dealing with a lot of racism, I had to develop a strong sense of Asian-American identity and pride. We would travel on weekends to New York Chinatown where I took Mandarin classes. And being Asian-American and navigating that community, even though we weren’t there seven days a week, it at least gave me a place to see Asian-Americans live with pride, have a place in the community [and] not be derided, not be called slurs. It was like a safe cultural space, and that’s kind of what drew me to move to Philly Chinatown.

What was it about Obama that drew you to work on his campaign and then in his administration?

I thought his story really resonated with me because he himself lived abroad in Indonesia. And there were many elements of his cultural background, where to me, it reflects America. … He lived in Hawaii. Some of us Asian-Americans were like, “He’s pretty much our first Asian-American president.” To me, it was like because of his background, he had more of an understanding of what it’s like to be an outsider and trying to organize your community against historical forces.

What inspired you to lead the workshops for immigrant families who have children with  disabilities?

Part of my concern was that these resources were not really available to immigrant families because most of these workshops or trainings are only in English. I would travel often to Harrisburg and participate in policy discussions, but I would look around and think, most of the families in [Chinatown] would not be able to take an Amtrak to Harrisburg, take a full day off to participate in policy making, and so there was a level of privilege you needed to engage in systemic change. Being a community organizer, having come from the Obama administration and even prior to that being an activist, one of the things I wanted to figure out was how to bring some of these resources back to my community and make sure that we’re not just relying on people in Harrisburg to guess about what immigrant families need. 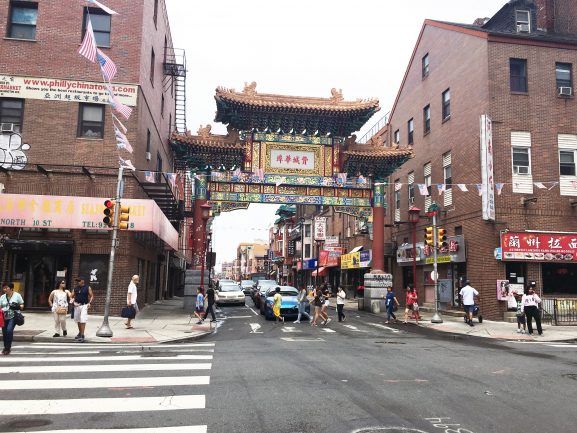 How have you helped the immigrant families you work with?

One of the things I’ve done is to say, “I can give you a template for how you write an email, how you write a letter of concern.” Or I can go to a meeting and model for you how to conduct yourself at a meeting. “Be assertive, but also don’t let people push you around.” Doing that for the past three years, we’ve been able to build a stronger core of parent leaders who are then able to encourage the other immigrant parents to say, “Listen, if I can do it, you can definitely do it. I’m busy too. I’m overwhelmed. And this is a new country for me, but you are capable of learning and overcoming this.”

What are some of the challenges immigrant families face within the school system?

Our greatest challenge is language access because in special education families receive a copy of procedural safeguards. Those are supposed to be a guide for if you disagree with your school, your school district or your teacher. What are your steps? What are the remedies that are available? But if those documents are only in English that means all the families that can’t speak English are really shut out. And so, over the past three or four years, I’ve been organizing families to really demand more translation and interpretation.

Are there any other challenges these families face?

We’ve had Chinese immigrant families say if they bring their child with down syndrome out in public, someone will say, “Well, your kid isn’t allowed to be here?” And so what I’ve been trying to educate the families about is that those attitudes aren’t natural; they’re historical. There are historical forces that have created these attitudes that what happens is we segregate people with disabilities. 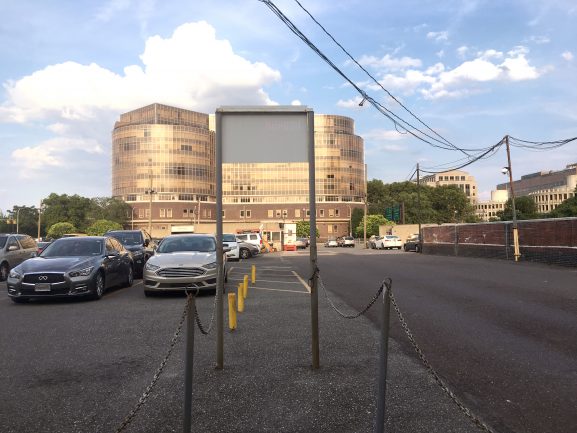 In addition to your work with immigrant communities and disability rights, you’ve also been involved in the community dialogue surrounding the development of the parking lot at 800 Vine Street. Can you talk about that?

With the 800 Vine development, I’ve been involved in these planning meetings for the community meetings…In terms of community input, developers and architects will speak in their jargon so we wanted to come up with a way that was more accessible for our immigrant families. From the architects’ perspective, they said, “We’re interested in design elements.” And I’m like, “That doesn’t mean anything to most of our residents.”

We planned and we worked with a number of community groups, including the local Philadelphia Chinatown Development Corporation, Asian Americans United, Asian Arts Initiative, just to get their input on how to design an input activity where people don’t have to use so much language. Maybe it could be more visual, maybe they could draw something, maybe they could [use] stickers to vote on things.

We just had that community meeting [on June 20] and it was fairly well attended and I think it was a new exercise. It’s not sort of like an endless vent session, but it’s more of vote on what you actually do want to see. And one of the things I was really amused by was just to see the number of votes for badminton. I was like, “I was not expecting that.” It was kind of cool to see [what happens] when you give young people a voice, when you give elders a voice. 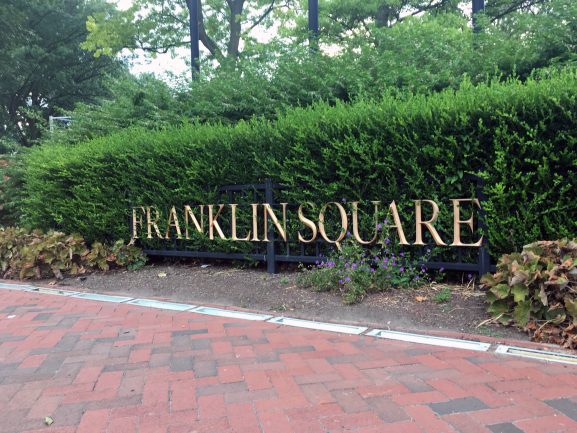 You’ve also been advocating for more recreational space in Chinatown. Can you speak about that?

After PlanPhilly reported on the fact that there didn’t seem to be any movement, that’s when we started to have meetings. Councilman Squilla took the lead and said, “Let me organize the meetings. Let me connect you with these folks so that you are in dialogue and it isn’t sort of just residents are unhappy.”

Franklin Square is run by Historic Philadelphia. It doesn’t get money from our local government. So, they’ve hired a part-time fundraiser to help them figure out like, “How do we do this sort of capital campaign to reinvent that whole space?” so that residents can feel like, “OK, even if I’m not paying money for mini-golf, like year round, I’m enjoying this space and it’s improving my quality of life.” 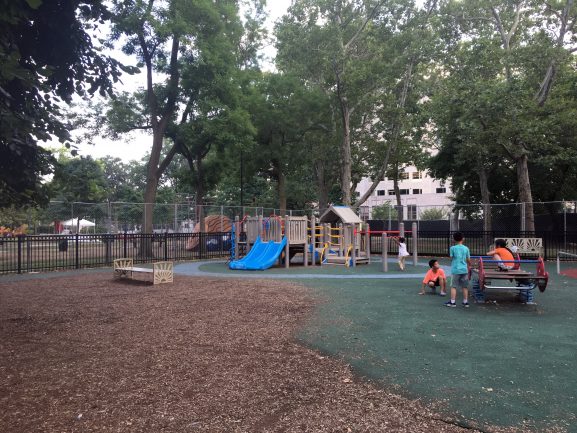 Cecilia Yep has served the Chinatown community for decades. As one of the founders of the Philadelphia Chinatown Development Corp., she has fought what she considers intrusive development, including a proposed stadium near the Vine [continue reading…]

Logan Square: “Like Living and Having a Classroom Outside of The Classroom”

The Logan Square Neighborhood Association is an all-volunteer community organization comprised of residents and organizations in the Logan Square area who hope to keep the area a beautiful and safe place to live and visit. [continue reading…]

Election Day has come and gone and many are either celebrating or discouraged by the result. While this brought an end to the current election cycle, the work done to increase the political involvement of the Chinese [continue reading…]