President Donald Trump’s dedication to enacting a travel ban was finally approved by the Supreme Court on June 26 after the administration’s third revision of the policy finally passed in a 5-4 vote.

It may appear that America is in a new era of immigration law, but U.S. presidents have always teetered back and forth between conservative and liberal policies affecting the dreams of foreigners interested in Western culture.

Before the Declaration of Independence, the Pennsylvania Provincial Council was the entity that organized political action within the Pennsylvania and Delaware regions in colonial America. And those leaders, appointed by William Penn, weren’t always keen on the change in demographics either.

An astonishing decry came in 1717 when William Keith, governor of both Pennsylvania and Delaware, said the city was in danger due to the number of immigrants coming into the port. This outcry ultimately prompted an individual tax on Palatines arriving in the city at that time.

In 1718, James Logan, member of the Pennsylvania Provincial Council and friend of the Penn family, also spoke out about this matter which led to the council requiring ships to provide passenger logs upon arrival.

By the time of the American Revolution, Philadelphia was the largest city in terms of population due to the immigration of Europeans despite the controversial views of its early leaders.

As of 2016, Philadelphia ranks sixth in the United States in terms of population with an estimated 1.5 million people. The city has seen a population resurgence in the past decade, largely due to immigration.

“In precarious times when federal immigration policies are changing on a whim, the fact that the City maintains its welcoming status helps soothe people’s fears,” said Philadelphia’s Office of Immigrant Affairs Executive Director Miriam Enriquez in an emailed statement.

Several federal policies have affected the flow of immigrants to the United States. Below is a selection of some, but not all, significant ones.

Naturalization Act of 1790 – Requirements such as living in the United States for two years and maintaining residence within a particular state for one year before applying were established for those seeking citizenship through naturalization.

Steerage Act of 1819 – This became the first real federal legislation on immigration to be enacted by Congress. The act required continual reporting of incoming immigrants and rules for those leaving the U.S. on passenger ships.

Act to Encourage Immigration of 1864 – President Lincoln signed legislation into effect on July 4, 1864 which transferred control of immigration to the Secretary of State with an appointed commissioner. The plan was to actively recruit new laborers from Europe to come assist with the work needs in America.

Page Act of 1875 – This immigration legislation prohibited the entry of convicts, prostitutes and forced laborers from Asia.

Chinese Exclusion Act of 1882 – This became the first law that strictly prohibited one ethnic group, particularly Chinese laborers, from entering the United States. Along side of this, came the exclusion of lunatics and idiots and harsher language in forthcoming law enactments. The act was signed into effect by President Chester A. Arthur and had a term-life of 10 years, which was later extended in the Geary Act of 1892.

Alien Contract Labor Law of 1885 – The passing of this law completely banned immigration contract laborers from entering the country and served as another deterrent to Chinese immigration.

Scott Act of 1888 – The Scott Act expanded upon the Exclusion Act of 1882 and allowed for expulsion of aliens attempting to return to America.

Immigration Act of 1903 – This immigration act consolidated immigration law and established the exclusion of foreign-born anarchists and prostitutes.

Naturalization Act of 1906 – This was simply a revision to the naturalization process that required immigrants to learn basic English before becoming citizens.

Immigration Act of 1907 – This act increased head tax on immigrants and established that unaccompanied minors, polygamists and people with physical or mental issues were strictly prohibited from entering the country. President Theodore Roosevelt’s signing of this law soon led to his Gentleman’s Agreement which limited the number of Japanese entering the United States as well. 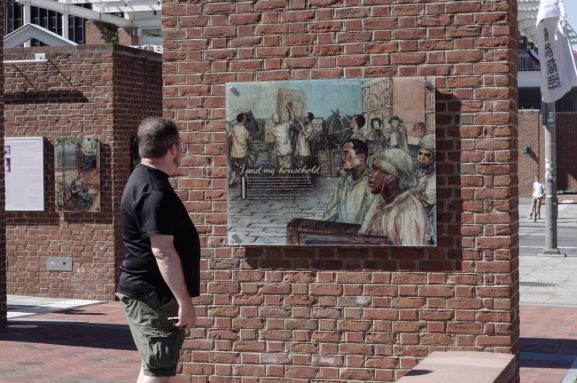 Literacy Act of 1917 – The Literacy Act required immigrants to demonstrate their ability to read any given language. The exclusion list was also vastly expanded to include people such as psychopaths, alcoholics and stowaways, as well as furthered Asian prevention by creating the Asiatic Barred Zone.

Magnuson Act of 1943 – Also known as the Chinese Exclusion Repeal Act, the Magnuson Act allowed for a very small quota of 105 visas each year for immigrants from China.

War Brides Act of 1945 and Fiancees Act of 1946 – Both of these acts allowed soldiers to bypass the federal quotas when it came to foreign-born spouses and children. 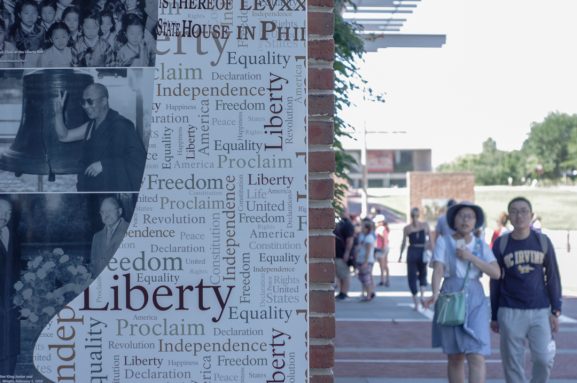 Displaced Persons Act of 1948 – The U.S. began to offer asylum to refugees of persecution for the first time.

Immigration and Nationality Act of 1952 – The Asiatic Barred Zone was broken apart in attempts to seem favorable to non-European countries which paved the way for the Communist Control Act of 1954 in the process.

Refugee Relief Act of 1953 – After the expiration of the Displaced Persons Act, the refugee relief efforts were rehashed to allow anti-communists a safe haven.

Immigration and Nationality Act of 1965 – INA was a revision to the old quota framework that established a categorical system for immigration that is much like today’s current system.

Refugee Act of 1980 – Amendments were made to the Refugee Act acknowledging the hundreds of thousands of refugees fleeing their countries after the Vietnamese War.

Immigration Reform And Control Act of 1986 (IRCA) – Title II of “Reagan Amnesty” had a few glaring similarities to DACA, but the bill also increased border security and acted as a crackdown on undocumented workers.

Immigration Act of 1990 – This amendment significantly increased the accessibility and number of entries into the U.S.

Illegal Immigration Reform and Immigrant Responsibility Act of 1996 (IIRIRA) – Following the promises made at his 1995 State of the Union address, President Bill Clinton brought on reform that allowed for retroactive deportations and broadened the crimes that could result in removal.

Nicaraguan Adjustment and Central American Relief Act of 1997 – Easier passageways were created for Nicaraguans, Salvadorans, Guatemalans and citizens of the former Soviet Bloc.

Child Citizenship Act of 2000 – In response to the Elian Gonzalez controversy, the President Clinton signed a pathway for certain cases involving children into law. 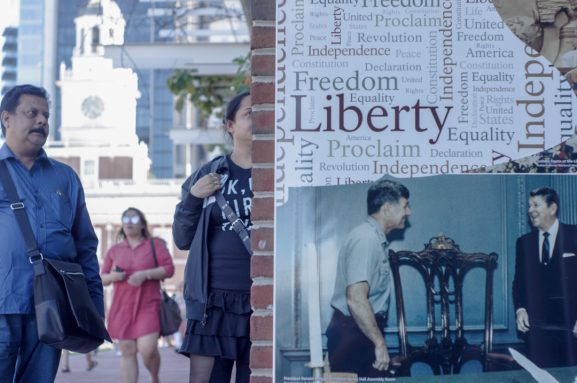 Everything that has been in the news as of recent isn’t categorized as law. While President Barack Obama’s Deferred Action for Childhood Arrivals is still technically active, it was an executive action he made in response to an inactive Congress.

Many states have been quick to argue recent policies leaving many of the decisions up to the federal judges across the country.

“Cities are at the forefront of change,” Enriquez said, “and Philadelphia is proud to be a leader in being welcoming to all.”

– Text and photos by George Means.

Councilman Mark Squilla is the councilman for the First District in Philadelphia City Council. Squilla is the representative for several Philadelphia neighborhoods such as Chinatown, Kensington, Bella Vista, Northern Liberties, Fishtown and Port Richmond. A native [Read More]

Al Dia: An Immigrant Tells All

[vimeo 65266158] Ignacio Flores, is a 37-year-old man from Veracruz, Mexico. He currently resides in Philadelphia, where he was been living for the past six years.He decided to move to the United States after trying to [Read More]