Although the beloved, mosaic-covered structure in Old City will not be getting a historic designation, The Painted Bride is making new plans. The art center’s executive director, Laurel Raczka, is seeking new ways to sustain the center at 230 Vine St. and broaden its existing audience.

Raczka said the property will go up for sale with a local brokerage and the proceeds will be invested as a source of creative capital. However, she wanted to be clear in saying The Painted Bride is not closing.

“After a difficult decision to sell our building, we will secure a source of funds that will ensure The Bride can fulfill its central mission,” said Raczka. “The mission is to support artists who are committed to blazing paths of innovation that are transformative at the community level.”

Founded in 1969 by a group of visual artists, The Painted Bride Art Center was part of the Alternative Space movement of the 1960s and ’70s. In an era when underrepresented artists—women, gays and lesbians, people of color, the disabled—struggled to gain recognition from commercial institutions, the Alternative Space movement was dedicated to maximizing cultural diversity and visibility in the arts, according to the center’s website.

A local artist, producer and gallery owner, Daniel Simmons, who has had his work showcased at The Painted Bride said he is excited about taking the art and bringing it to underserved communities.

“While the physical place is important, art is getting out there in so many ways,” said Simmons. “It’s not just about what artists need, but an art institution needs to grow to accommodate what is going on in the world today. This is something that is close to my heart-which is being able to travel into those communities that don’t see art.” 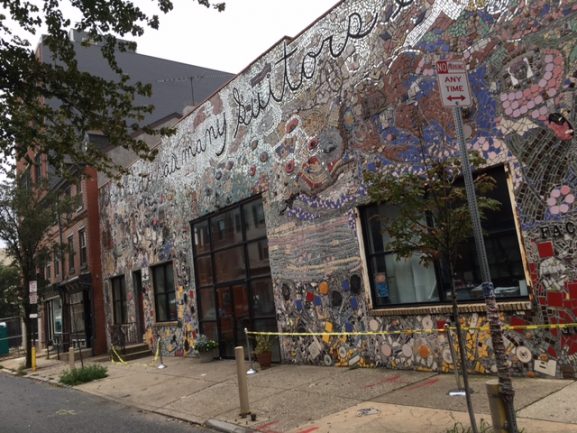 In reinterpreting this mission, The Painted Bride is not only thinking about producing artwork, but also taking artwork to parts of communities which are not exposed to artwork in their daily lives and engaging them, Simmons said. He believes this is something that should be the mission of every art institution in the city and across the nation.

“Art changes people, it changes communities,” he said. “You want to take the healing and growing power of art to people wherever they are. The Bride is very forward thinking in it’s mission to step outside of it’s boundaries and go someplace and make this happen for people who it wouldn’t happen to unless we brought it there.”

The point of the radical change is to be sustainable and responsive to artists and communities far into the future, said Raczka.

“We see a future in which the Bride’s work spans the arts, sciences, and humanities by developing partnerships outside of the cultural community,” according to Raczka. “We don’t believe that our work should be limited to one building where only a few have access to events and programs.” 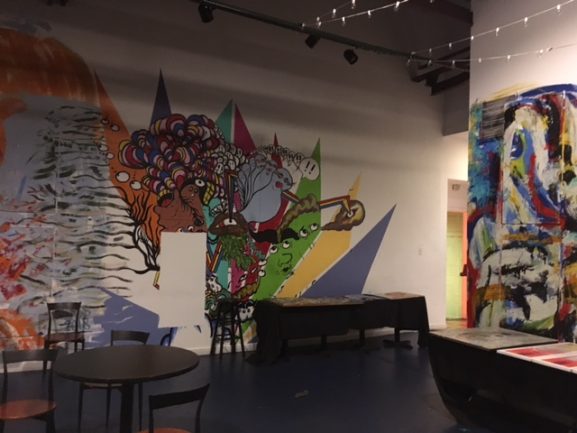 Raczka said this innovative approach will expand The Bride’s access to communities and ignite creative endeavors, allowing the center to bring new artistic pursuits to underutilized spaces throughout the city.

The center hopes its events to be accessible to residents of Nicetown, Point Breeze and Mantua.

The building’s fate was decided in a narrow 5-4 vote at the Philadelphia Historical Commission‘s monthly meeting in September. The majority of the members opted not to add the iconic structure to the Philadelphia Register of Historic Places. This lack of designation means it is not protected from demolition. 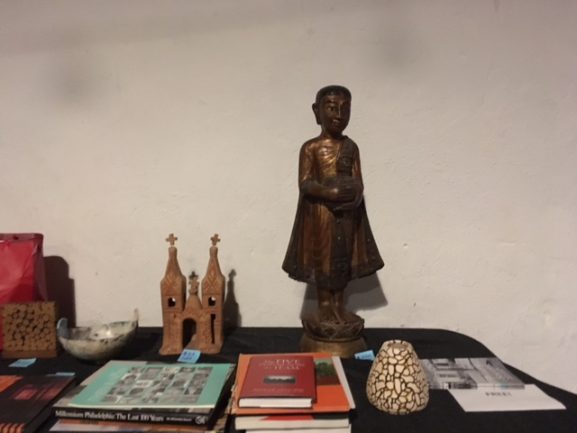 After 50 years, The Painted Bride remains an artist-centered project, committed to the creative process, the artist’s role in the community, and artistic diversity, Raczka said.

— Text and images by Dee Patel

https://vimeo.com/77407917] For the residents of the 1600 block of Waverly Street, the city’s Clean Block Contest wasn’t just a chance to continue to spruce up the block. It was a chance to connect with all [Read More]

David Silver founded the Silver Basketball league back in 2007 with initial success. Three years later, he relocated to Vancouver for work, leaving a void in the league’s leadership. And in stepped Michael Carrier. Carrier, [Read More]

Near 35th Street and Mantua Avenue, next to the bustling trains traveling east and west, sits is a quiet home. The owner of that home, now at the age of 73, has seen Mantua transform for [Read More]