Ceramic artist Roberto Lugo (above) grew up in North Philadelphia but has been featured in collections around the world. This summer he brought his work back to the community that raised him with his show Boricua, Barrio, Barro at the Taller Puertorriqueño art gallery, located at North Fifth and Huntington streets.

Taller, a nonprofit organization in Fairhill that promotes Puerto Rican and Latino culture through arts and cultural programming, hosted Lugo’s artist reception for the show Oct. 5. 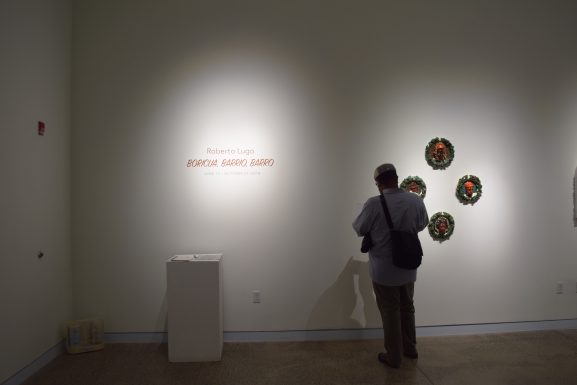 Lugo, who is Puerto Rican, said that throughout his childhood, he suffered from racism and poverty and was often exposed to drug use. He left Philadelphia to pursue a Bachelor of Fine Arts from the Kansas City Art Institute and later earned his master’s degree from Penn State.

Boricua, Barrio, Barro celebrates the difficult upbringing that made Lugo who he is and attempts to engage the residents who live in “El Barrio,” a nickname for the largely Hispanic neighborhood.

“If folks are concerned about having food or concerned about survival then they’re less likely to get into something like art,” Lugo said. “By exhibiting my artwork and representing ideals from this neighborhood, I’m connecting to people who normally would not be the intended audience for such work.”

The show has been open to the public since June 15 and will run until Oct. 27. For about a month, Lugo used the gallery as a studio, encouraging visitors to observe his sculpting process and create their own clay pieces.

Taller Puertorriqueño Development Coordinator Katerina Lydon said that the interactive nature of Lugo’s exhibition was inspiring to children who take classes at the center and visited Lugo’s studio.

“Sometimes making ceramics can seem so inaccessible if you only get to see the final product,” Lydon said. “I think it was really powerful for the kids and students to see that process and realize that it was something that they could do.” 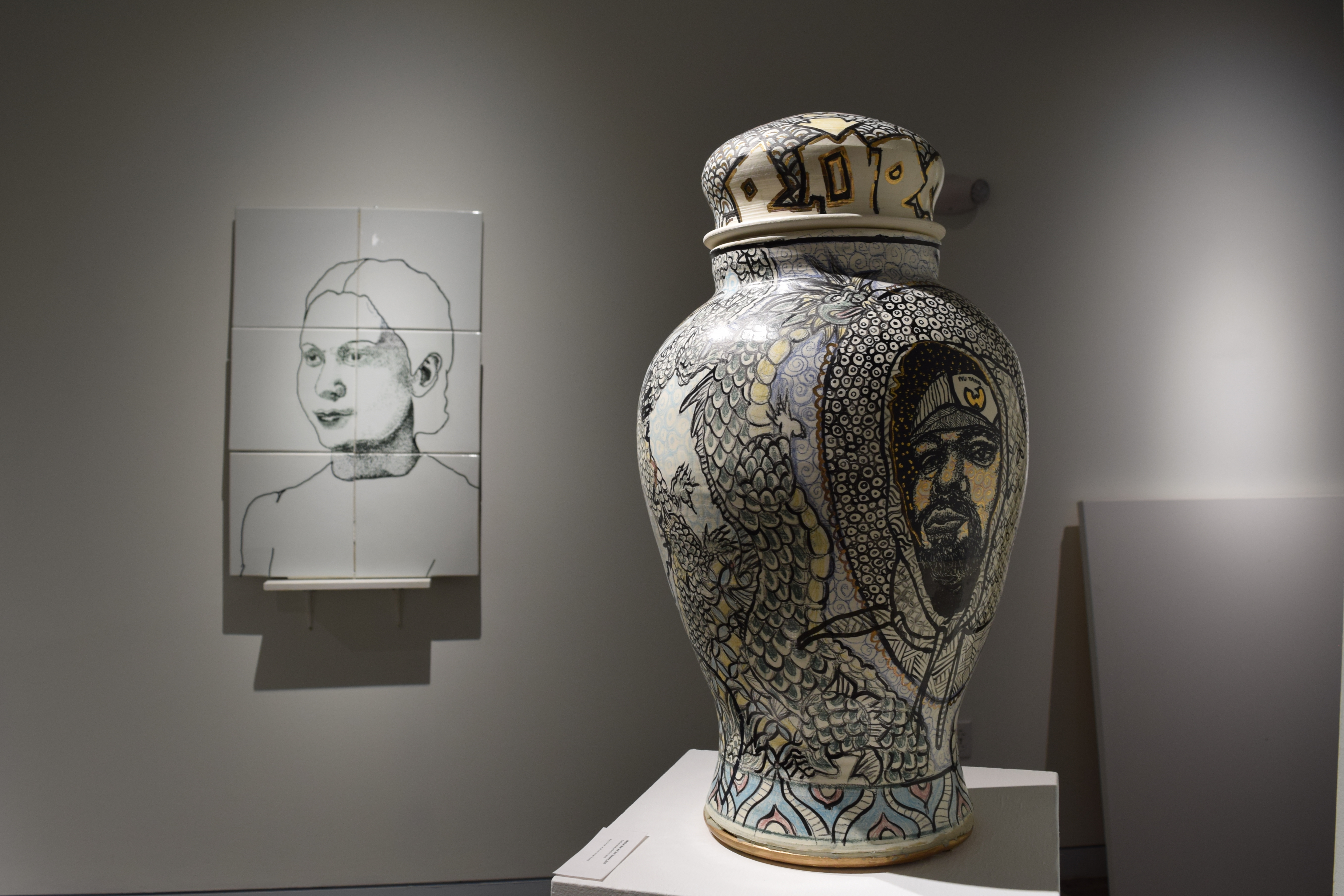 Lugo often contrasts classical imagery, including that of Western European, Greek and Asian traditions, with references to famous musicians of color. His piece Method Man and Jimi Hendrix (2018), shown above, features a member of the rap group Wu-Tang Clan surrounded by ancient Chinese iconography.

“I’m looking quite a bit of historic porcelain that was made for royalty and taking from those forms,” Lugo said. “Visually, they connect with people as being expensive.”

This style is a reference to his upbringing, when people in his neighborhood would dress in expensive clothes and shoes despite their poverty.

“I grew up around that ‘bling culture,’” Lugo said. “There’s this juxtaposition of living in the hood but trying to appear to be wealthy. I think in many ways my pottery is a bridge to be able to cross those barriers and put ourselves in the places that we want to be.”

Liza Masalimova (below) is a friend of Lugo’s and an adjunct professor at the Tyler School of Art at Temple University, where Lugo is an assistant professor and head of the ceramics program. 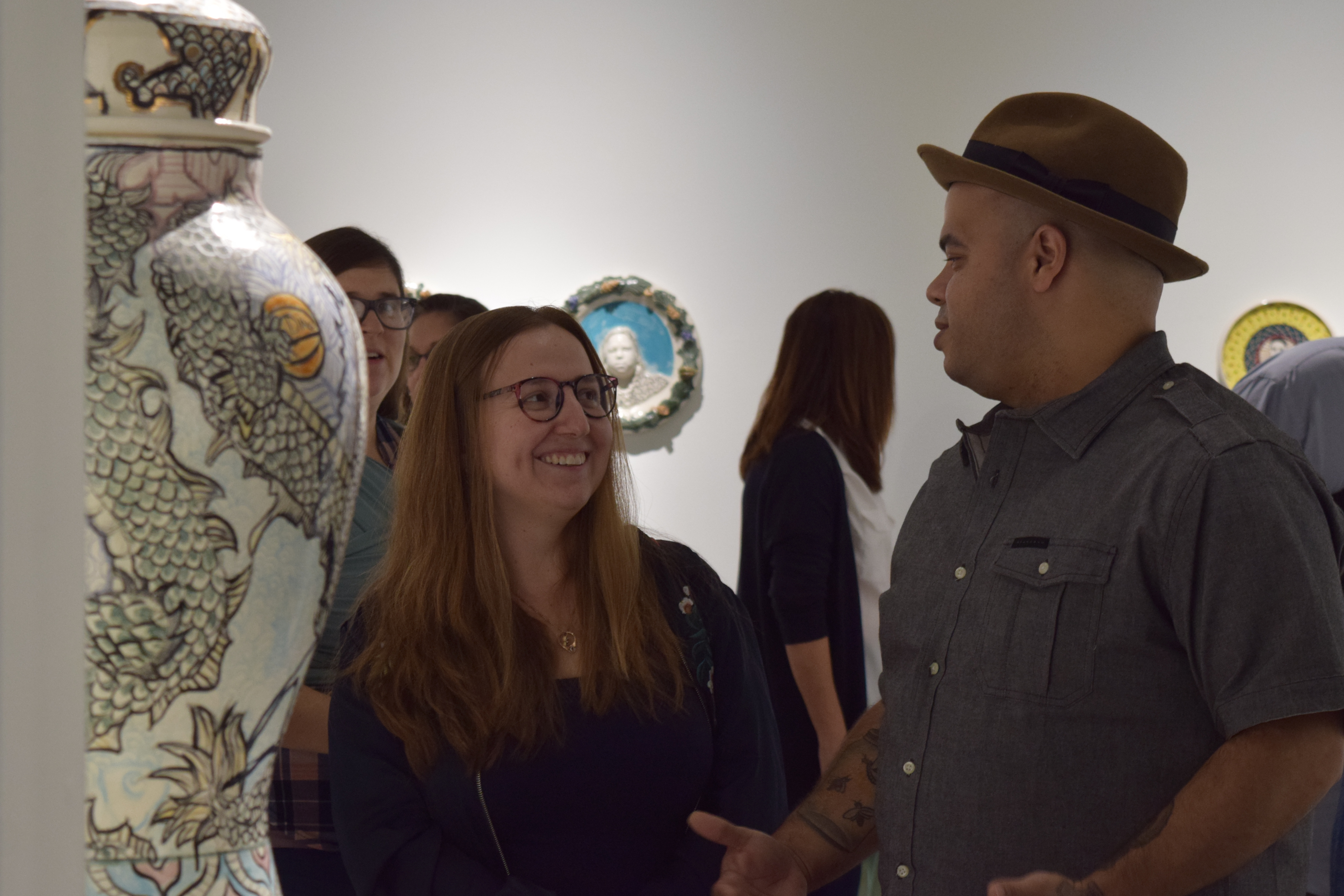 Masalimova said she was surprised at the reception to find a piece which she had collaborated with Lugo on, called Portrait Bust: Robert Lugo (2017).

“He’s a very community-driven artist so he decided to include a lot of collaborators in the show,” Masalimova said. “He’s a very magnetic kind of a person with a lot of really great energy of giving and generosity.”

-Text and images by Brianna Baker.

Behind the 18th century home of merchant John Wister and his family exists a garden, a weather station, a bee house and most recently, a hoop house. The hoop house, or high tunnel, was given […]

No matter what point they’ve reached in their careers so far, artists across the disciplines are flocking to East Kensington, where a sense of art and community is becoming more and more established. 1. Brian […]

With the 115th anniversary of the Hermann Henssler Locksmith came the repainting of its faded business sign at the corner of 13th and Cambridge streets. Fifth-generation locksmith John Henssler was in disbelief when a stranger in […]