Lauren Hallden from Port Richmond is using a website she created to connect with users in a unique way.

Problem Bodies is a site that randomly generates things that are “wrong” with how you look. If you agree with the site, it’ll try to sell you a solution. If you disagree, sometimes it will argue with you. The idea is to get people to take a look at the variety and number of negative messages they receive about their bodies, and to start seeing those messages as silly. 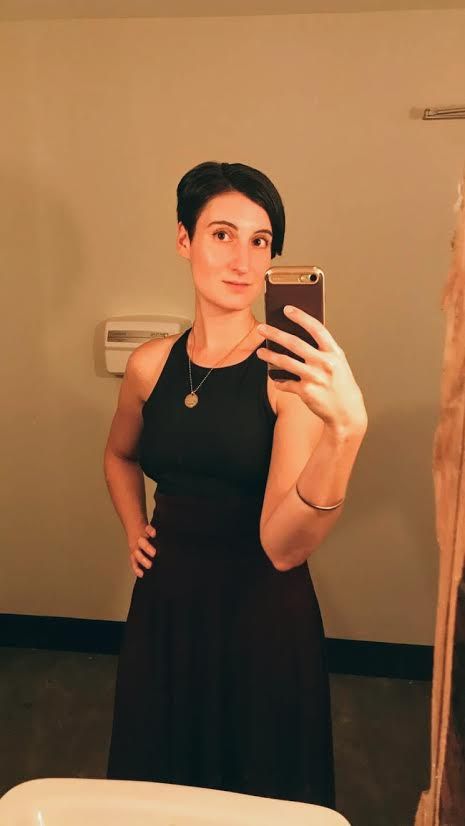 You have been known to use social media platforms to connect on many levels with users. Tell me more about your recent project where you created a  website to try and address body imaging.

There’s been a lot of talk on social media recently about these sorts of advertising users are being bombarded with- especially Instagram.  It has so many users. Everybody is on it, and you can’t really tailor your experience there in regards to what ads you are seeing. I’ve talked to a lot of women who are getting constant products aimed at working out, reshaping parts of your body, tweezing parts of your body — which seems like a lot of corporal focus body advertising that I don’t think men are getting. So part of what I wanted to do was make a project which points that out, heightens it and makes it a satire so we can poke fun at it.

How did you come up with an idea for a project of this magnitude?

I’ve done a couple of projects like this in the past. I did one which generates silly dating profile based on overused phrases that you see on dating profiles all the time. So, I thought that format would lend itself well to plugging in a whole bunch of body parts and a whole bunch of problems and letting it generate -some serious and some funny responses.

What got you started?

I think it was a tweet where I saw an actual Instagram ad for a company claiming you had to take a quiz and then claiming they can match you with a bra based on the quiz which centered around the actual shape of your body. I tweeted about it saying it was ridiculous in my opinion. All these things I have to worry about have become too many things to keep track of and seemed like inventing problems. So, I just ran with it.

What would be your end goal for these side projects?

I think I decide to do them as things come up. I think the most successful things I’ve done are just ideas which came to me one day.  The thing I wanted to build should exist and doesn’t exist yet and just throwing something together. That has always been the most successful way I found to get people to start talking and thinking about any particular issue.

Do you see this as something driven by technology?

It’s definitely easier than it ever has been to just get a basic website together to make a point about something or to harness different platforms to spread an idea. If you can do it in a unique and engaging way, you can get different ideas circulating among a lot of different people.

What was surprising to you about this project?

I’ve always been surprised as to how willing people are to share something that they think is insightful but also a little bit funny. If you build a little bit of humor into your work pointing things out in a satirical way — those things tend to spread far. It seems like they strike a nerve.

How much of this is driven by the current “tech culture” we live in?

The amount of time we spend on it without knowing how that really affects us yet is alarming.  I think a lot of people are starting to think about that. I know we have studies that say the more time we spend looking at images with particular body types- the more anxiety you’re going to feel around the mismatch between your body and those bodies. I think it used to be a little bit easier to tune some of that stuff out. However, now with social media, it’s delivered straight to your phone while you are trying to work or connect with a loved one. It’s everywhere. 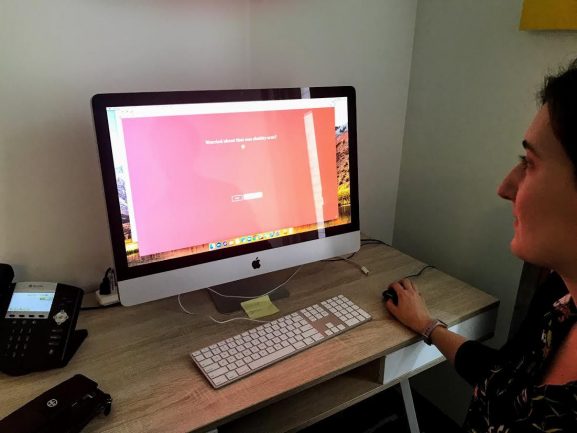 What do you think your main goal is for a project like this?

To take something and point out the pattern behind it, to try to make yourself see it not as an isolated incident, but that there is a whole structure and pattern behind it. All of these ads are appearing, pointing out all of these similar problems. So, what I’m trying to do is to get people to make connections and connect the dots for themselves.

What do you hope to fix about the ads through the websites you create?

I would love it if we could have more customized ad experiences on social media. I think at some point we will have to go that way. There will be enough back lash that there will have to be some kind of filtering capabilities for this. Most social media outlets do it to some degree. The outlets will let you filter out alcohol content, for example, if that is triggering for you. It doesn’t, however, let you filter out body imaging stuff. I think that’s important and people should be thinking about that.

How do you come up with these creative and self-proclaimed bizarre concepts?

It’s usually something that has lodged in my mind, started to bother me, and I want to make a response. For the medium post I wrote about the body imaging, I thought this is excessive and if it’s bothering me than other people must also be bothered by this. However, no one is really talking about this. So, I should.

What kind of engagement and conversation has it created?

I see people on Twitter will share the project and have insightful conversations. A lot of the writing I do when that stuff goes viral I won’t jump into the comments section cause I think it’s really difficult to moderate. However, the people who reach out to me online and want to talk to me one on one often seem to have a positive reaction.

A home on the 2300 block of Belgrade Street was the target of a potential firebombing late last week.  There were no injuries reported, the incendiary device is unconfirmed and the damages to the home [continue reading…]

Homeless support services are working harder than ever to protect the high risk and vulnerable homeless community from contracting COVID-19. Homelessness is difficult under any circumstances, but researchers at the University of Pennsylvania, Boston University [continue reading…]