The First United Methodist Church of Germantown (FUMCOG) has sat on the corner of East High Street and Germantown Avenue since 1796. In September, the congregation welcomed 33-year-old Jeanna Murat (pictured above). Murat is first generation Haitian-American who has dedicated her life to empowering youth and pushing them to explore their faith.

Murat was born and raised in the Roxbury section of Boston and graduated from Regis College where she earned a bachelor’s degree in history. She visited Philadelphia while working for a college access program helping inner-city youth in Boston.

“I stepped onto Temple’s campus and felt an awakening, an out of body experience,” Murat said. “I turned to my colleague and said ‘I’m going to be here someday.’”

Murat then left Boston and moved to New Jersey, where she found herself constantly visiting Philadelphia, before moving here in 2015.

“It’s such a cliché that they call it the City of Brotherly Love but, honestly, it’s the place that I felt most at home,” Murat said. “I feel like Philadelphia offers me the direction and the path that I’ve always been seeking.”

Murat is currently studying at Arcadia University where she is pursuing her master’s degree in international peace and conflict resolution.

Murat was introduced to FUMCOG while volunteering at Face to Face, a multi service nonprofit that provides food assistance and other social services to struggling families in Germantown. 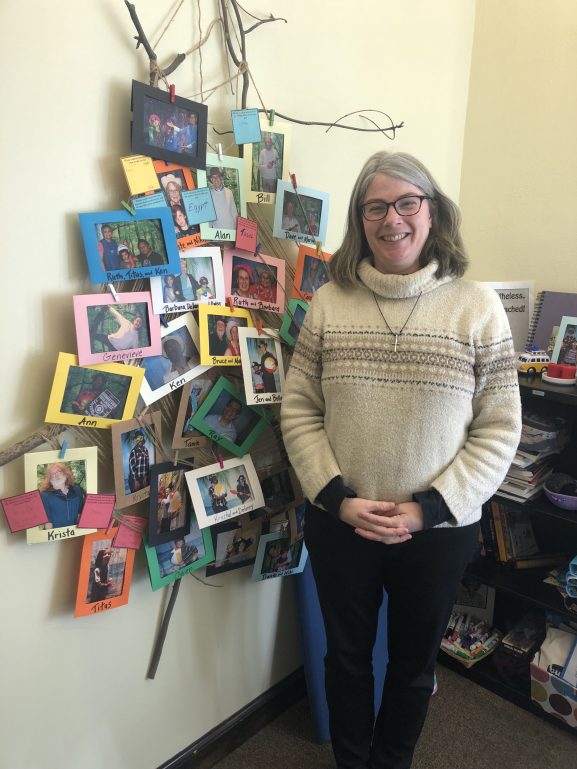 Tamie Scalise (pictured above) is the associate pastor at FUMCOG. She described the first time she met Murat as a once in a lifetime experience. When a position for a new youth director opened up, Scalise knew FUMCOG had to find a way to get Murat to take the job.

“It has just been a beautiful connection,” said Scalise. “Jeanna has been such a natural fit with the community, the children, and with our relationship with Haiti.”

FUMCOG has a long-standing relationship with Haiti dating back to 1994 when it first partnered with the Associations of the Peasants of Fondwa (APF) and began sending members of the congregation on missions trips with the purpose of helping the Haitian people.

“Over the summer I was able to go on another missions trip to Haiti and bring Jeanna along,” Scalise said. “There were five youth with us, and by the end of the week the kids were fighting over who got to sit next to Jeanna.”

Murat has served as a role-model and mentor to kids in Boston and Philadelphia, but ultimately she plans to dedicate her life to contributing to the restoration of Haiti by empowering and uplifting youth there.

“My mission in life is to return home and give back to Haiti,” said Murat. “I’ve been called to go back and help.”

Another one of Murat’s goals is the help restore the education system in Haiti. She wants to build both schools and spaces where the children can go after school and continue to learn.

“I want to create centers were youth can understand how to gain knowledge on politics and leadership in order for them to transform their own country,” Murat said. 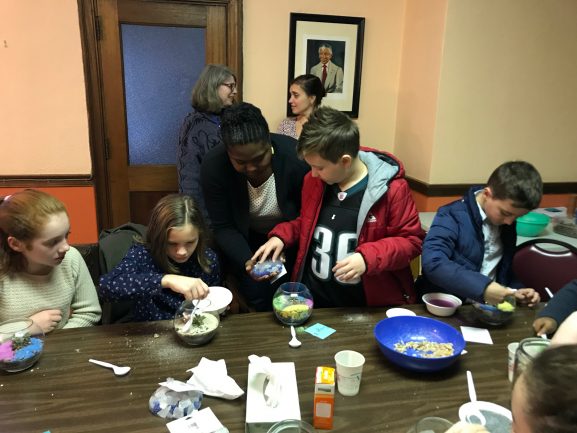 While Murat currently works for a Methodist congregation, she does not personally identify as Methodist but instead as Catholic.

Murat was raised Catholic but explored different religions before deciding that Catholicism is where she feels most comfortable in her faith. She currently attends St. Vincent de Paul Church in Germantown.

“No one at FUMCOG has ever questioned my Catholicism,” Murat said. “Instead, the question I was asked during interviewing was what is my belief of faith story.”

Murat believes by being able to spend time at both Methodist and Catholic churches she is able to maximize her spiritual experience and connect with many different types of people.

One of the programs Murat helps oversee at FUMCOG is Quest, a monthly Sunday school class for children. Quest promotes spiritual growth through interactive activities like service projects, guest speakers and more.

On a recent Sunday, the theme at Quest was creation. Twelve kids attended while their parents were across the building at the service in the chapel.

Scalise, who leads Quest alongside Murat, began the morning by having the children read a two-page psalm and then write down words or phrases that stood out to them.

“We are going to get a big picture of all the words that people liked,” said Scalise. “Same psalm, but did you hear the words again in a different way?”

Nancy Tkacs (pictured below with her grandson) has been a member of FUMCOG for more than 20 years and lends an additional hand in helped with Quest. Her grandson, 9-year-old Gabriel, is a student at Glenside Elementary. Gabriel created a terrarium as a part of the day’s program to illustrate care and growth as a part of creation. 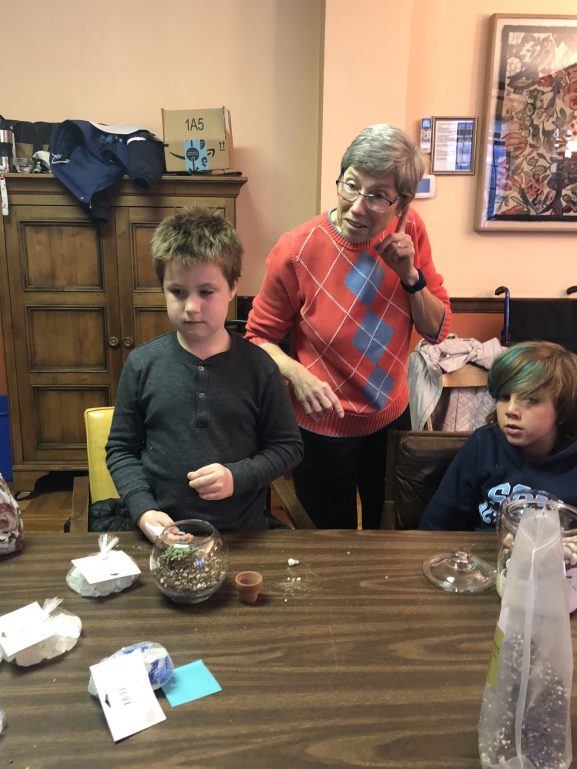 “I liked today,” he said. “I look forward to Sunday school.”

Tkacs (pictured below) remembers when the children who attend Quest now were first born, and she has enjoyed watching them form a new relationship with Murat.

“Jeanna can appreciate the facets of their personality that others maybe can’t see because we are remembering them as little kids,” Tkacs said. “That has been a really special contribution in helping them grow as people.” 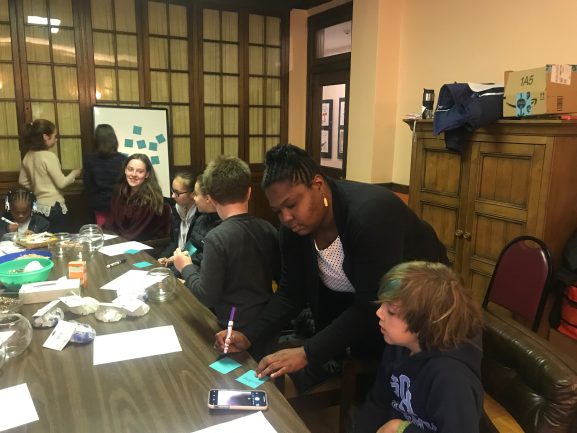 Thousands of families in Philadelphia recently sat down at their dinner tables to enjoy a Thanksgiving meal complete with a turkey and all the fixings. The meal is the culmination of the time they spent walking [continue reading…]

West Passyunk: Saint Monica’s Cares For Community At All Stages of Life

Saint Monica’s Catholic Church, located on the corner of 17th and Ritner streets in South Philadelphia, has been serving the Catholic community for decades with weekly mass and confessions, as well as community programs that [continue reading…]