On a chilly Saturday morning last December, parents and children gathered in the visitor center at the Schuylkill Center for Environmental Education, located at 8480 Hagys Mill Rd. While they waited, the children explored the room, taking a close look at the stuffed and mounted birds and pictures of animals.

After five or six families had arrived, they set out on the trails into the Schuylkill Center’s pine forest. Here, the children built, and destroyed, forts from the fallen branches of the pine trees. 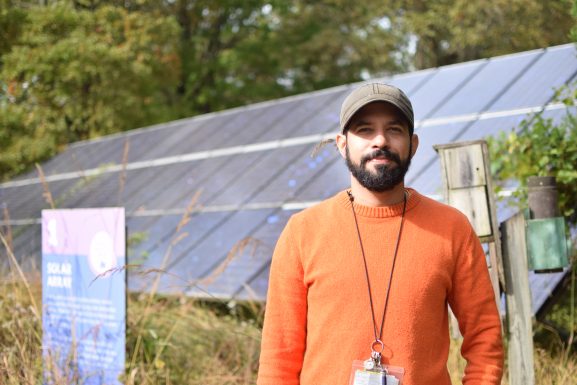 Elisa Sarantschin, who joined the Schuylkill Center two years ago as coordinator of NaturePHL, led the day’s hike and said turnout was pretty low, likely due to the cold. In the summer and fall, according to Sarantschin, they have had up to 60 people for Nature Play Saturdays.

Each hike on Nature Play Saturdays has a theme. Some guided hikes focus on bird watching, others on relaxation and meditation, soil and land stewardship and more.

“Depending on the season, the topics are changing,” Duenas said. “Right now I think it’s a good season to learn about how to track animals, because we have big mammals that are still active like deer, foxes, raccoons.” 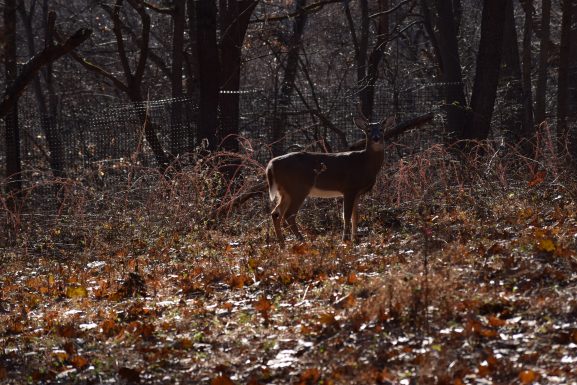 According to Duenas, the learning environment at the Schuylkill Center is much different from that of a typical elementary school, and that helps a lot of students that come there.

“That way, they take ownership of the knowledge, and they remember,” he said. “The kids are not getting ready for a test. They’re just learning for life. That makes a big difference in our program.”

Duenas explained how lessons are driven by observation and they strive to answer all questions the children have.

Nature Play Saturdays are a part of a larger program based out of the Schuylkill Center, NaturePHL. NaturePHL is a park prescription program, inspired by programs such as ParkRx, in which physicians prescribe time in nature so patients both understand and receive the benefits of spending time outdoors.

“The American Academy of Pediatrics [ …] recommends that children get 60 minutes, or more, a day of physically active play,” said Sarantschin (below), who has a master’s degree from Drexel University and a background in environmental justice, public health and environmental science.“That’s what [doctors] are supposed to be recommending.” 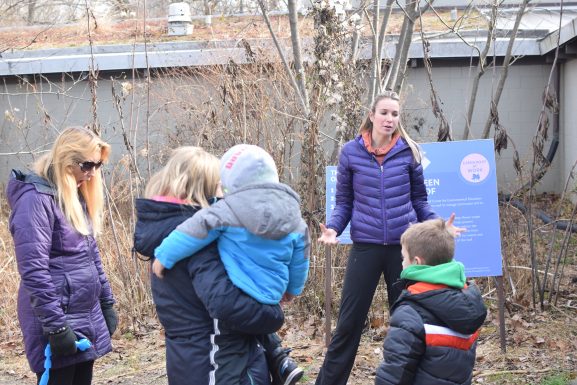 After a physician prescribes time outdoors to a patient, the doctor provides the patient with NaturePHL resources at the end of the visit. NaturePHL identifies a local urban park the patient can access and provides them with ideas about how to utilize the space in a healthy and engaging way..

NaturePHL partners with the Children’s Hospital of Philadelphia (CHOP), with the goal of fitting NaturePHL prescriptions into the clinical workflow. This separates NaturePHL from other programs because the nature prescriptions are fully incorporated into CHOP’s electronic health records.

“You can’t do the nature prescriptions the way we wanted to without a primary care health network,” said Sarantschin. “So I’ve been on for two years and since then we’ve really elevated the project to what our goals for it had been.”

As of now, NaturePHL is working with four of CHOP’s primary care centers: Roxborough, Cobb’s Creek, Karabot’s and South Philadelphia.

The program specifically targets children from ages 5-to-12 coming in for well child visits and specifically focuses on children with ADHD or that are suffering from stress or have a sedentary lifestyle.

“We focused on the 5-to-12 age group because we wanted families to spend time together,” said Dr. Barbara Rolnick, a pediatrician at CHOP Primary Care in Roxborough. “This age group needs a parent to facilitate the activity.”

“We really just taught the providers about this resource and they can use it however they see fit,” Sarantschin said. “So sometimes they actually use it for 12-to-18 year-olds.” 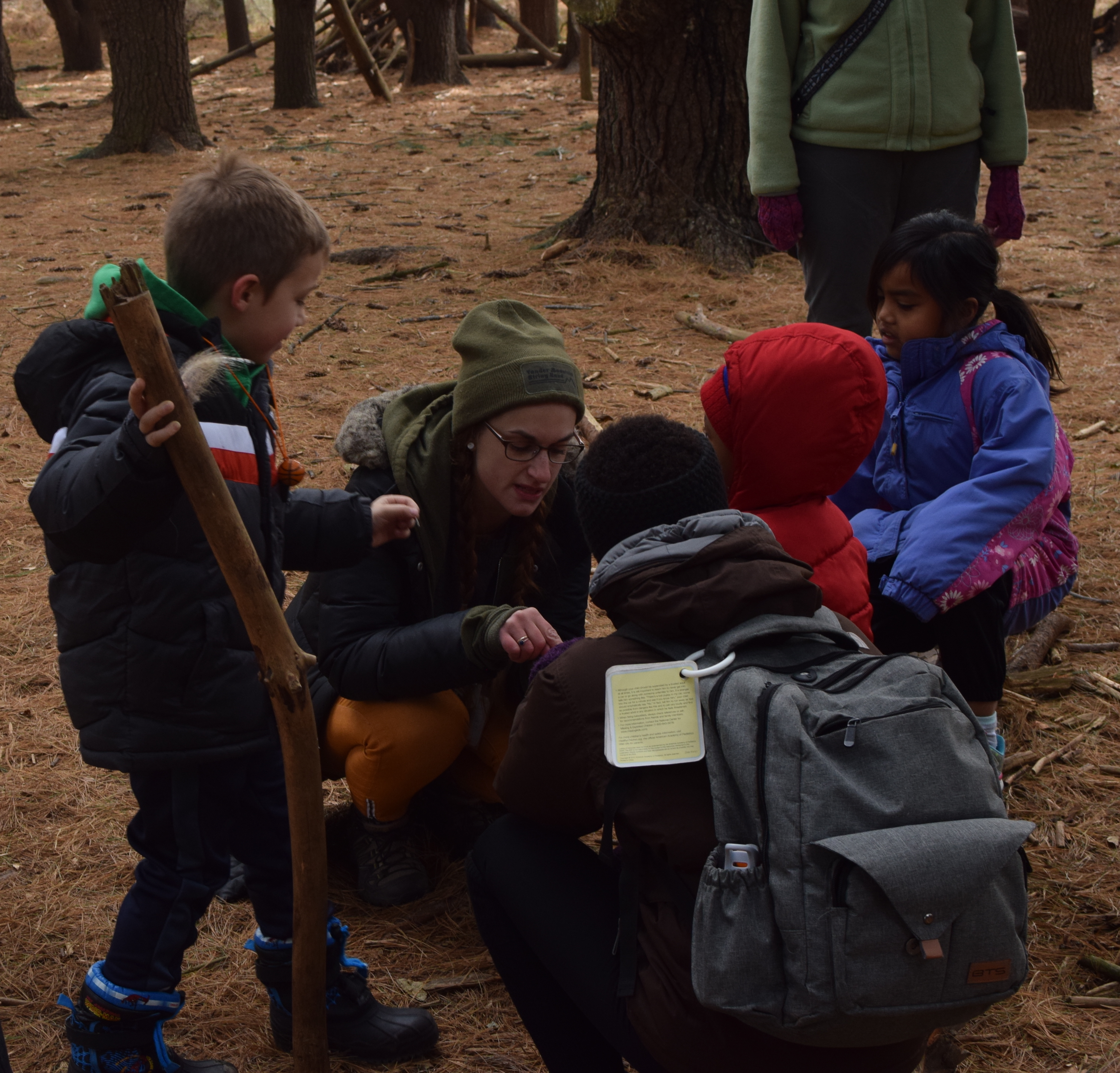 NaturePHL is funded by the Pennsylvania Department of Conservation and Natural Resources and the Barra Foundation.

The successes of the NaturePHL program in the last few years have inspired program directors to try to accomplish even more, both externally and internally. Staff at the Schulykill Center are now in the process of applying to receive more funding to continue to expand NaturePHL.

With all of this potential expansion on the horizon, NaturePHL is trying to redirect attention back to the Schuylkill Center, the base from which NaturePHL’s funding is derived. That way, more Philadelphians are made more aware of the resources available on the grounds, the reason why Nature PlaySaturdays at the Schuylkill Center were started. 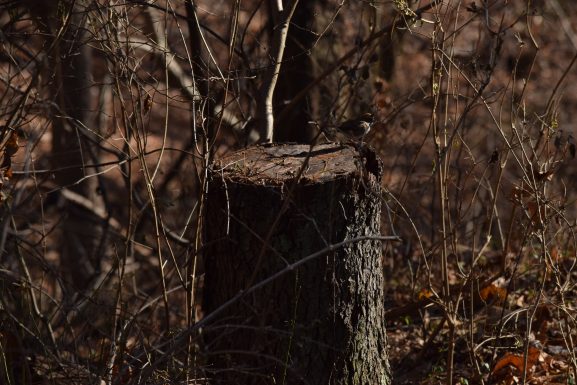 Duenas said Nature Play Saturdays are a great way to see the resources available at the Schuylkill Center, even though the season has changed and it’s much colder now.

“If you bring your kid, for example, to enjoy the pine forest that we have, it is not only your kid getting the benefits,” said Duenas. “It’s you too.”

-Text and images by Jared Johnson.