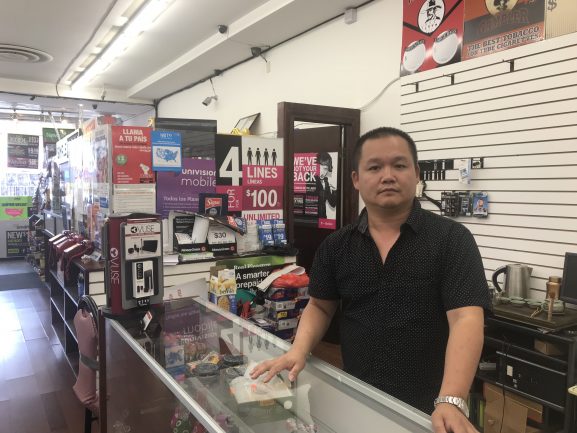 Keith Xiao is the owner of F & L Minimart on Frankford Avenue in Mayfair. He is also one of seven founders and, now, executive director of the Northeast Philadelphia Development Corporation, an organization that helps new Asian/Chinese immigrants assimilate to the neighborhood.

Many new immigrants need help with everything from language translation to education on safety issues, and the NPDC can offer assistance. Xiao’s organization also arranges community events, like an upcoming Chinese New Year event, and meetings between longtime Mayfair residents and the new immigrants in an effort to promote understanding.

Why did you and others establish the Northeast Philadelphia Development Corporation?
Right now, Philadelphia has a lot of Asian/Chinese people moving here from New York, specifically Brooklyn. They are coming here without speaking much English. We wanted to help our people with any language barriers.

How does your organization help immigrants?
We educate Asian/Chinese people on different things. For example, since a majority can’t speak English, they would not call 9-1-1 if there was an emergency. There are robberies or different crimes that they don’t report because they don’t understand what to do. We help them understand the process better even if they don’t speak English. We also act as translators if that is something they need. Another mission of our organization is to better help people already here in the community understand Asian/Chinese culture. We want to unite the people together.

You said there are a lot of immigrants moving into Mayfair. Why Mayfair as opposed to other sections of Philadelphia?
Education is one reason. Mayfair has a lot of great schools, especially elementary schools. A lot of people want their children to start kindergarten here. The other reason is the housing values. In New York, the housing market is big compared to over here. It’s a lot more affordable in Mayfair. And, Asian/Chinese like to stick together, so they move together. 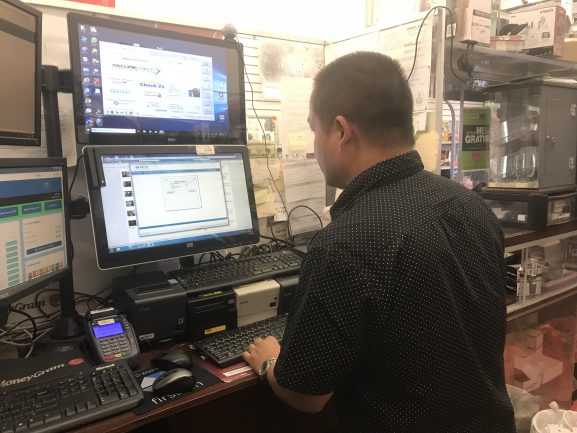 Do you feel the Mayfair community is accepting of immigrants moving in?
Yes, they’re pretty accepting. But, there are a lot that aren’t accepting because they do not understand our culture. I think we need to get together and learn more about each other. We need more conversations between us. If we sit down in community meetings, we will get to know each other better.

Now that you said Mayfair is more diverse, what benefits have you noticed within the neighborhood?
There are a lot of investors moving here. The housing values almost doubled. From what I know, back in 2015 and 2016, there was a lot of Asian/Chinese investing in properties but didn’t live in Mayfair. I want to say there was about 70 percent of investors who lived in outside towns but that has really changed. That number is more like 30 percent now. The housing market is doing well. You can’t even find a house for sale in Mayfair.

Mayfair held its first Mid-Autumn Festival in September to bring the community together. What was the turnout like?
We had about 500 to 700 people. About 98 percent were Asian/Chinese and the other two percent were the non-Asian residents. I think the weather played a part because it was raining and we didn’t want to cancel because we rented equipment for the day. If the weather was nicer, I assume we would have had closer to 2,000 people. Overall, the event had a good turnout and got a good reputation within the community.

What makes Mayfair stand out from other neighborhoods in Philadelphia?
Right now, Mayfair is growing. We have a lot of events throughout the year. We do the whole football thing with the Eagles. And at the Mayfair playground, every night they have two to three groups there exercising and dancing around. We try to have different events to bring the community together. 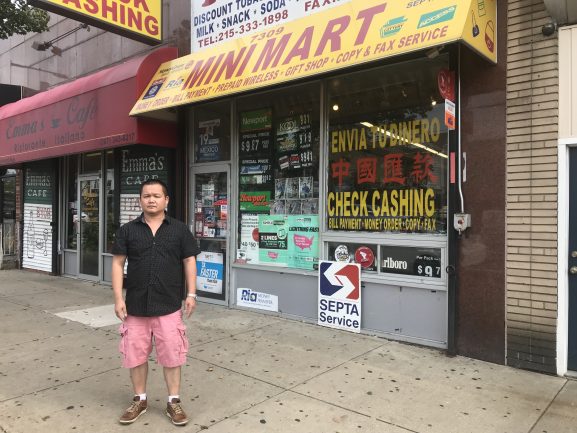 -Text and images by David Mattera.

Northeast Philadelphia is full of special and unique places, but one area in particular takes the cake for iconic cultural diversity in markets, travel and restaurants. Bustleton Avenue is home to five of the most [continue reading…]

Kerri Kennedy is the associate general secretary for international programs at the American Friends Service Committee (AFSC) located on Cherry Street in Logan Square. While AFSC does not normally stage protests, Kennedy and the agency organized the Philadelphia March for [continue reading…]