With Belarus’ presidential election next week, protestors for Belarusian freedom took to the streets of Philadelphia earlier last month. Their message was clear: they want President Alexander Lukashenko out.

Belarusians will vote for their president on August 9.

Emily Borkovska has been involved in organizing the several protests in Philadelphia, demonstrating for free elections in Belarus.

Protestors are hoping to bring liberal reforms to the country, including more press freedom to Belarus as opposition is alleged to be silenced through prosecution, kidnap, or murder. 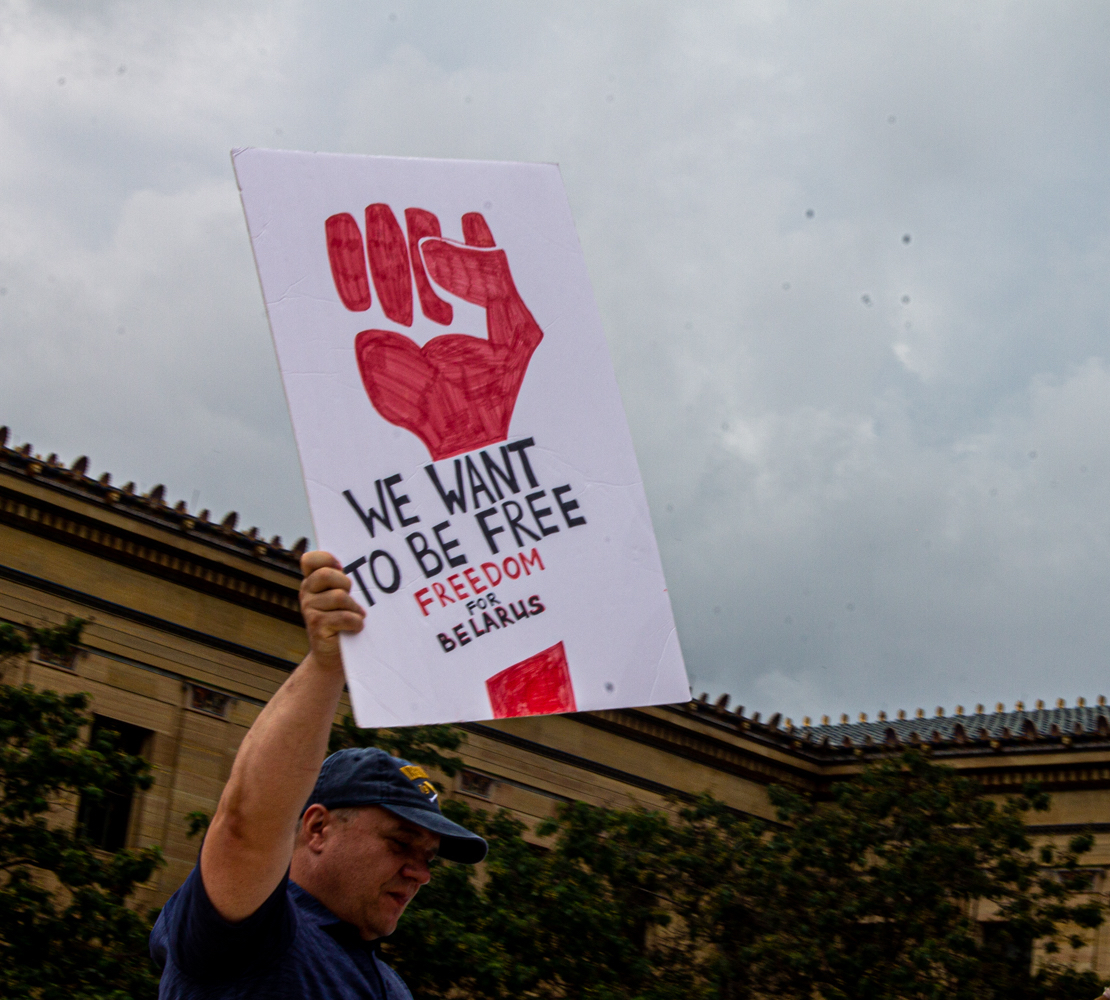 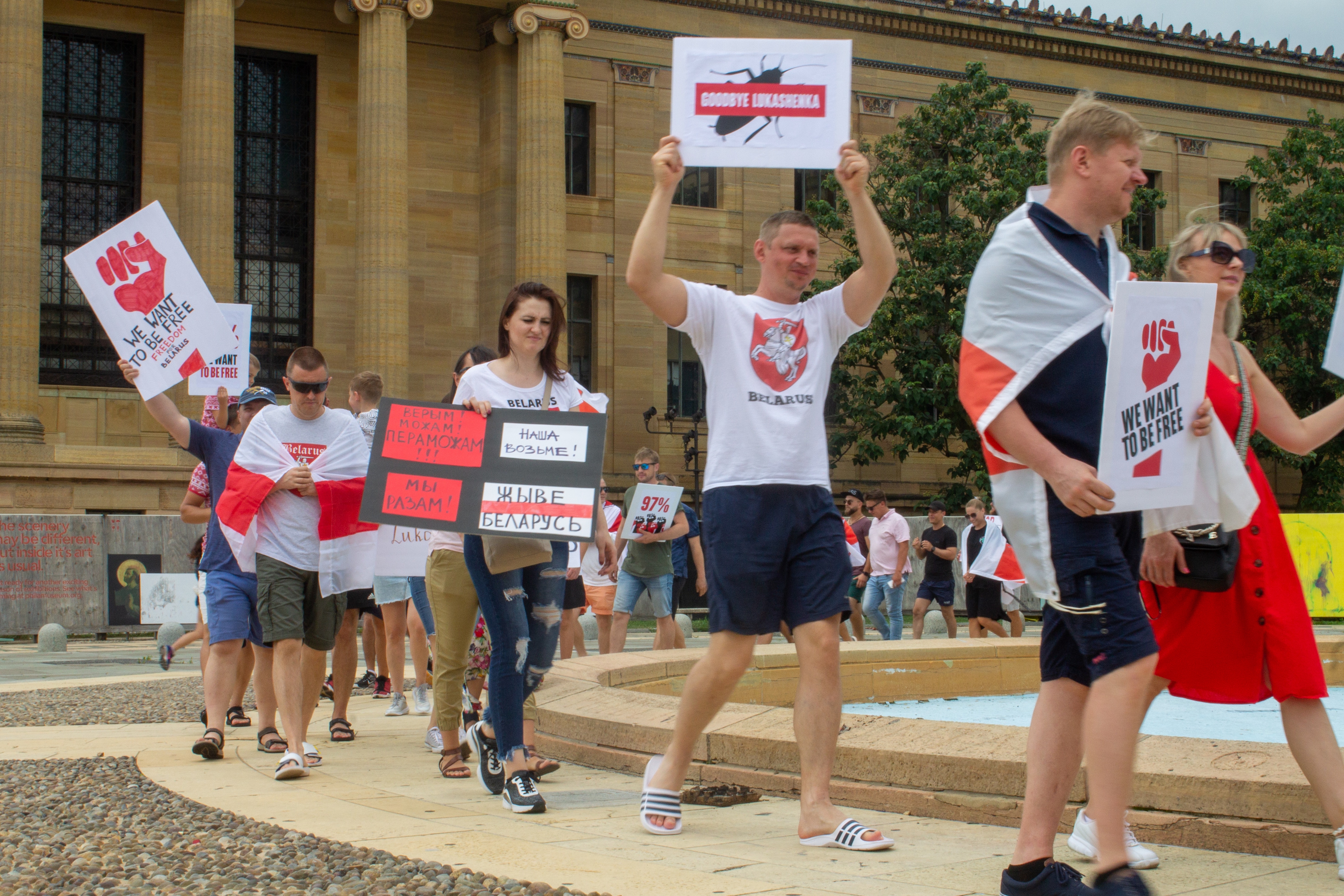 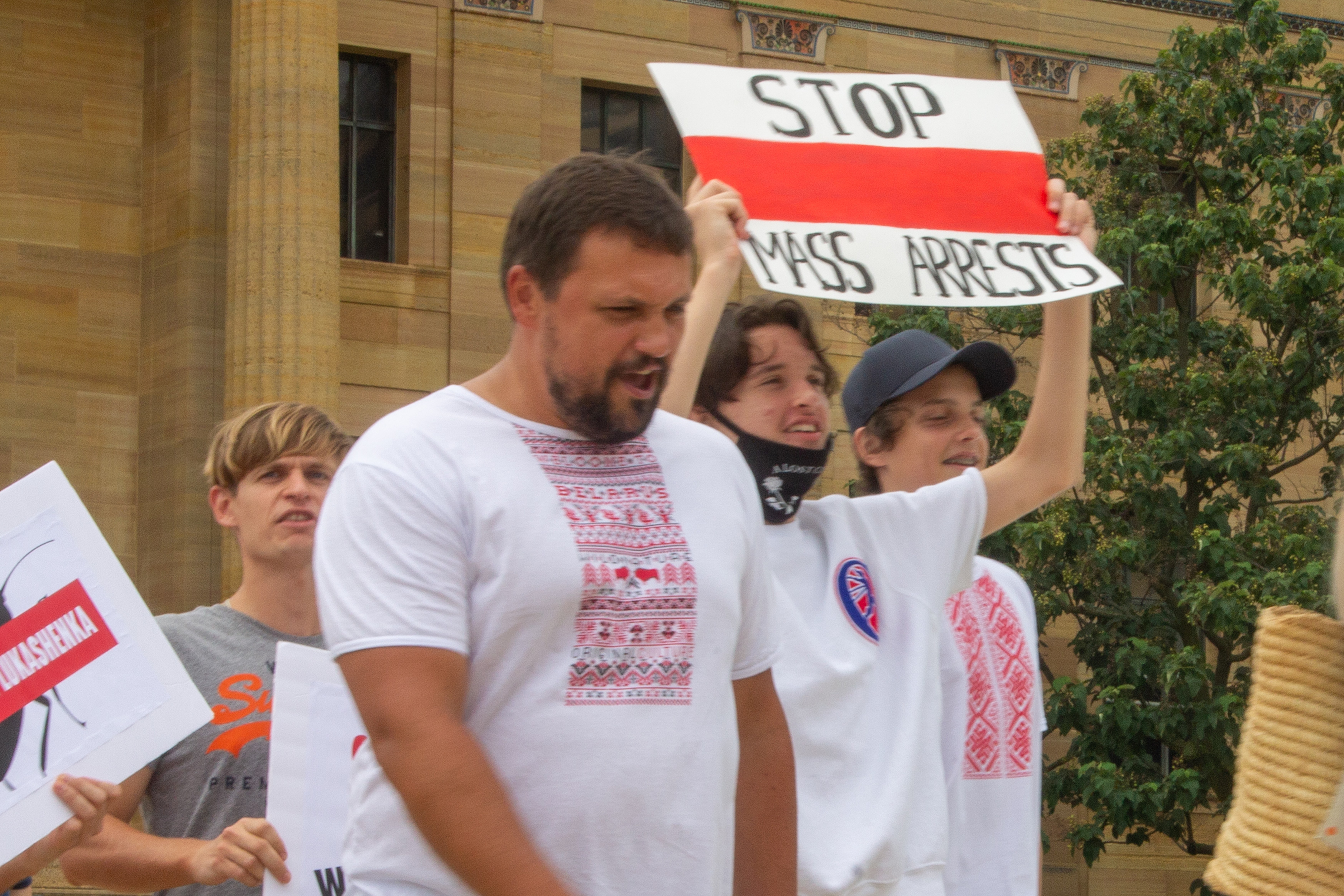 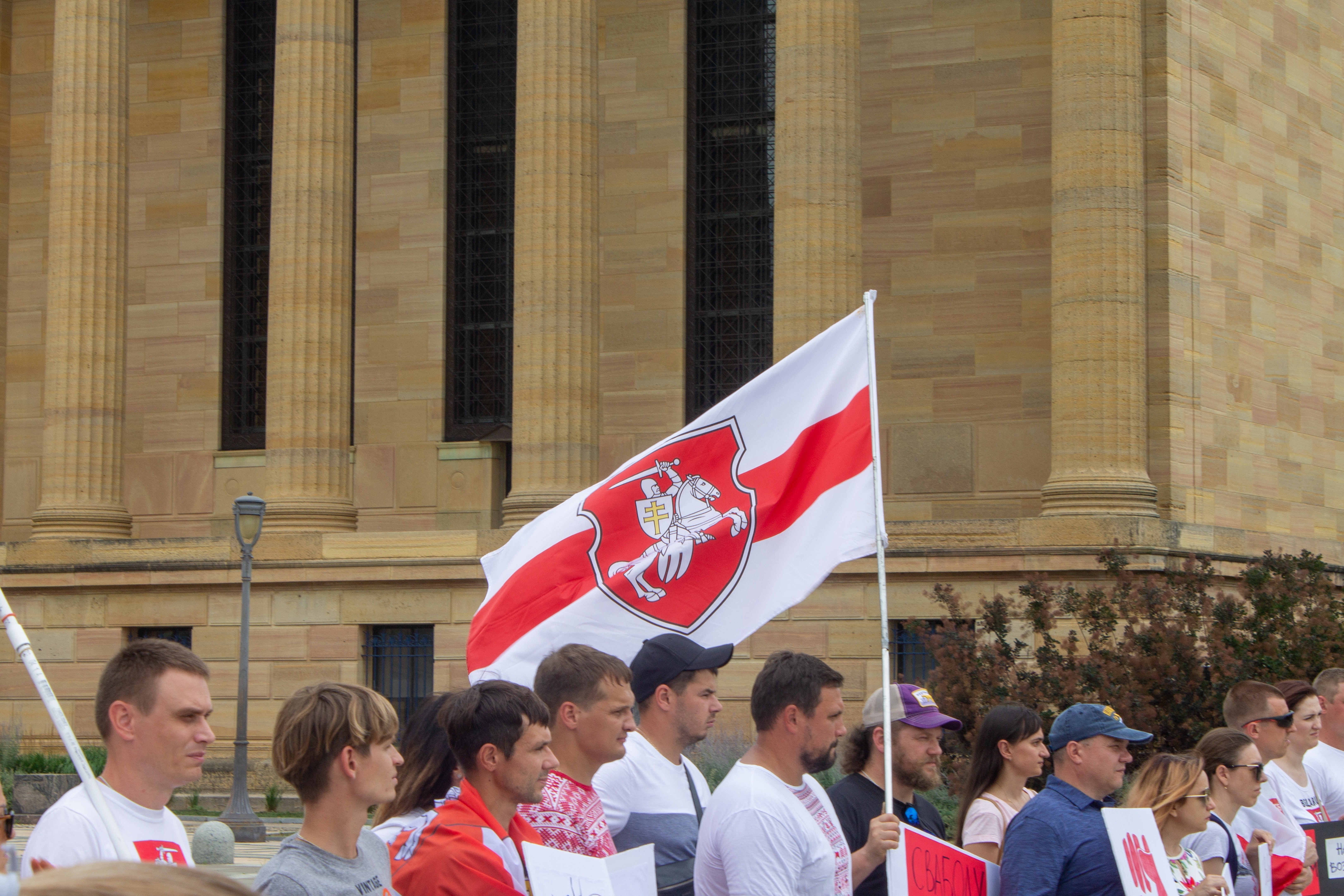 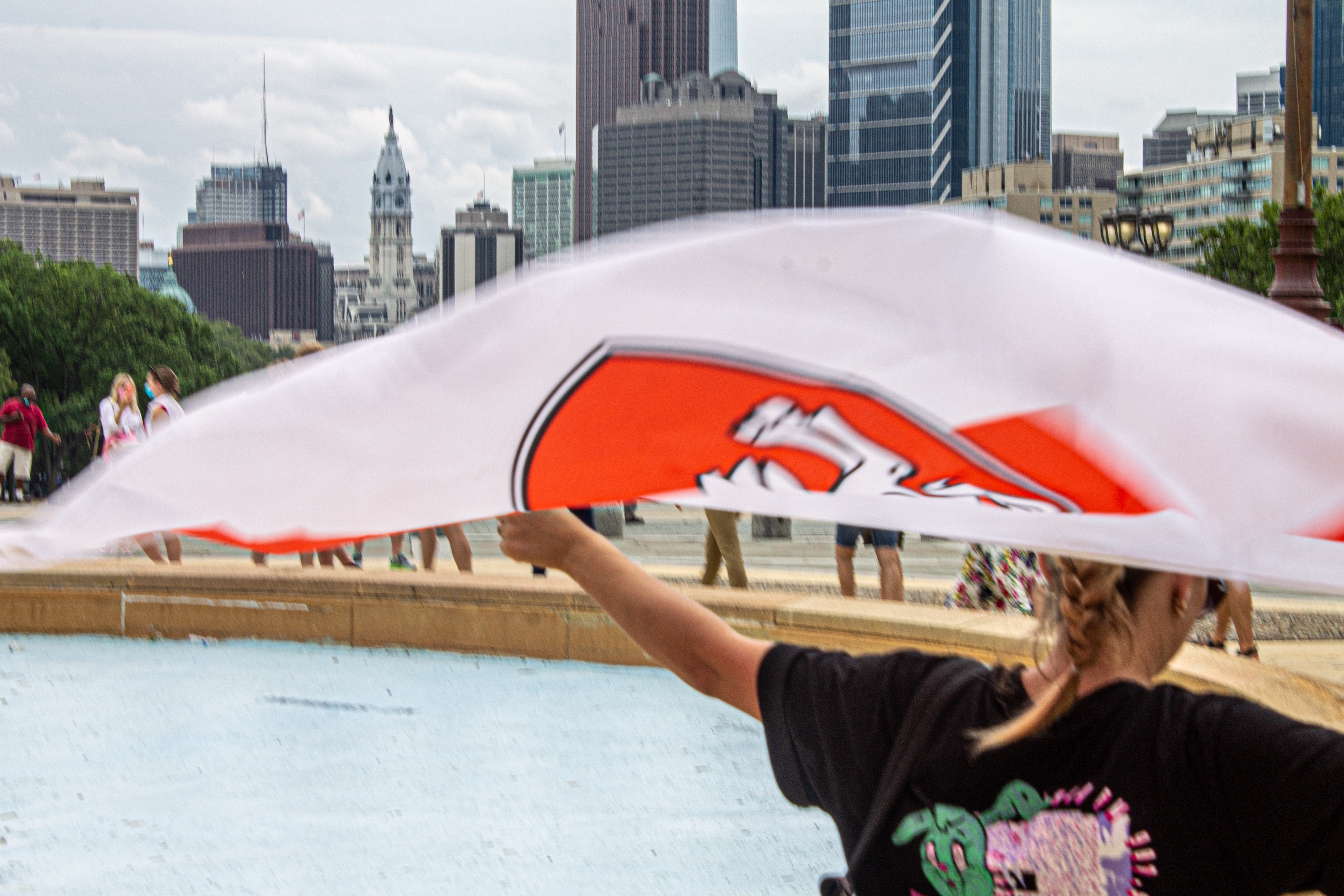 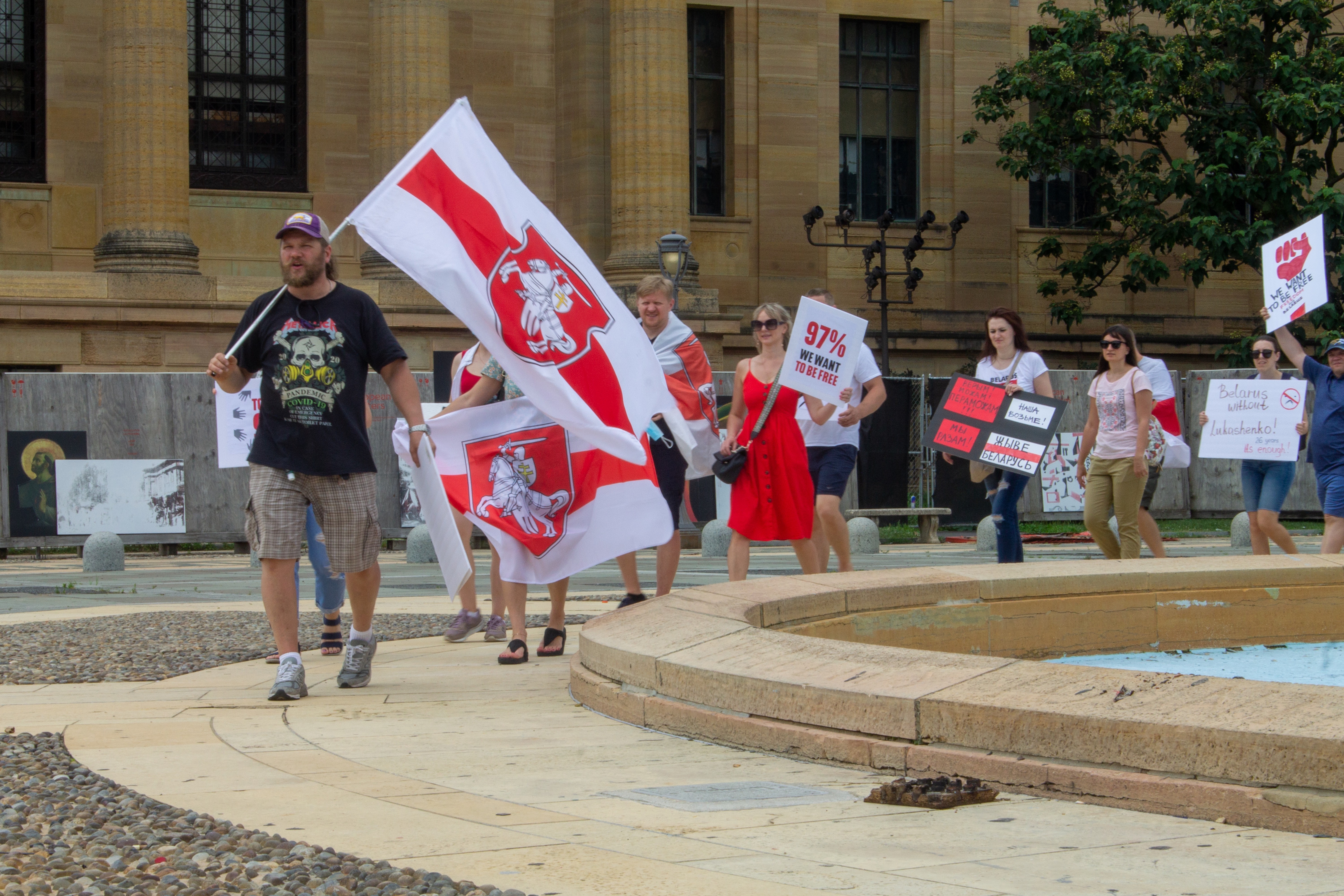 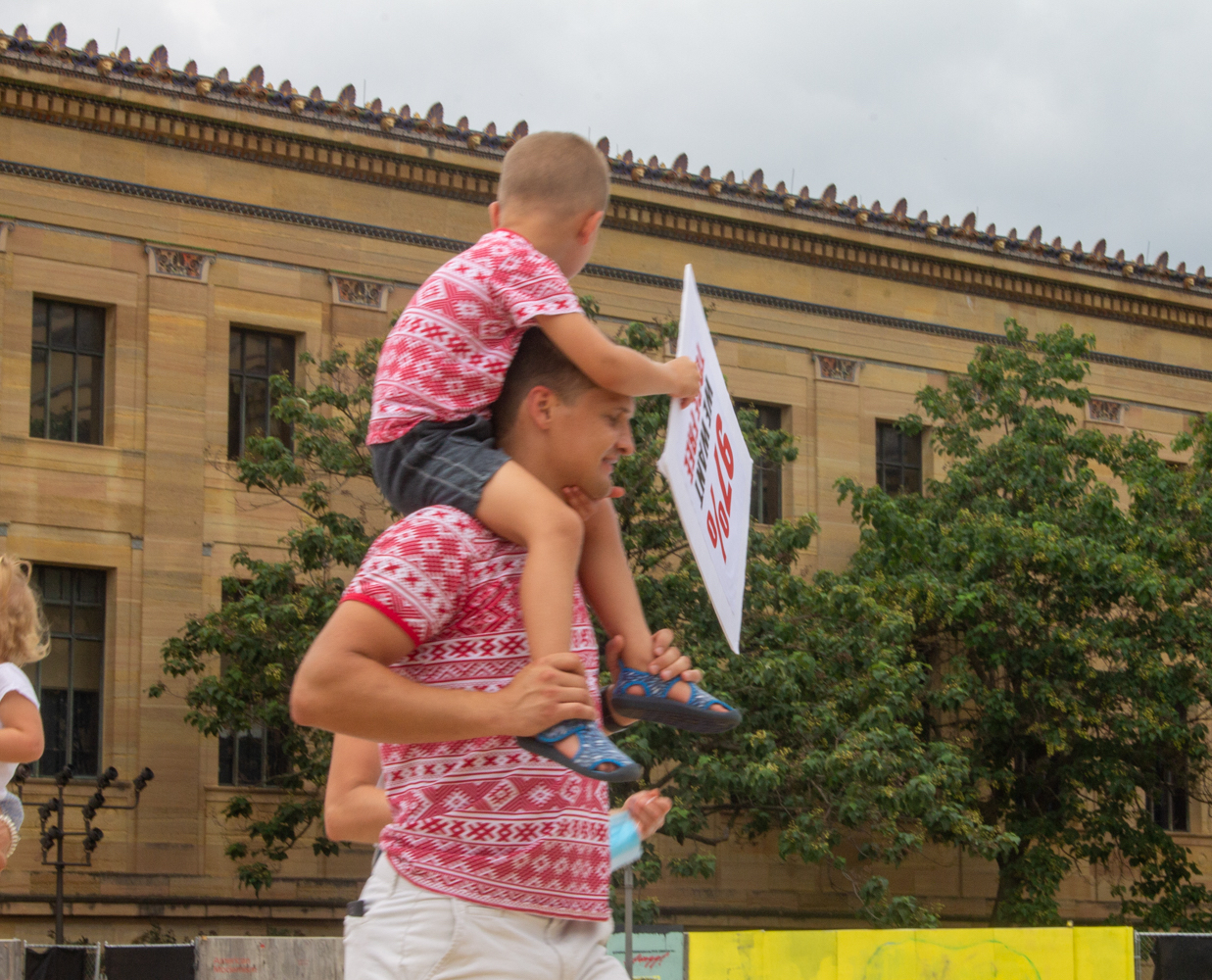 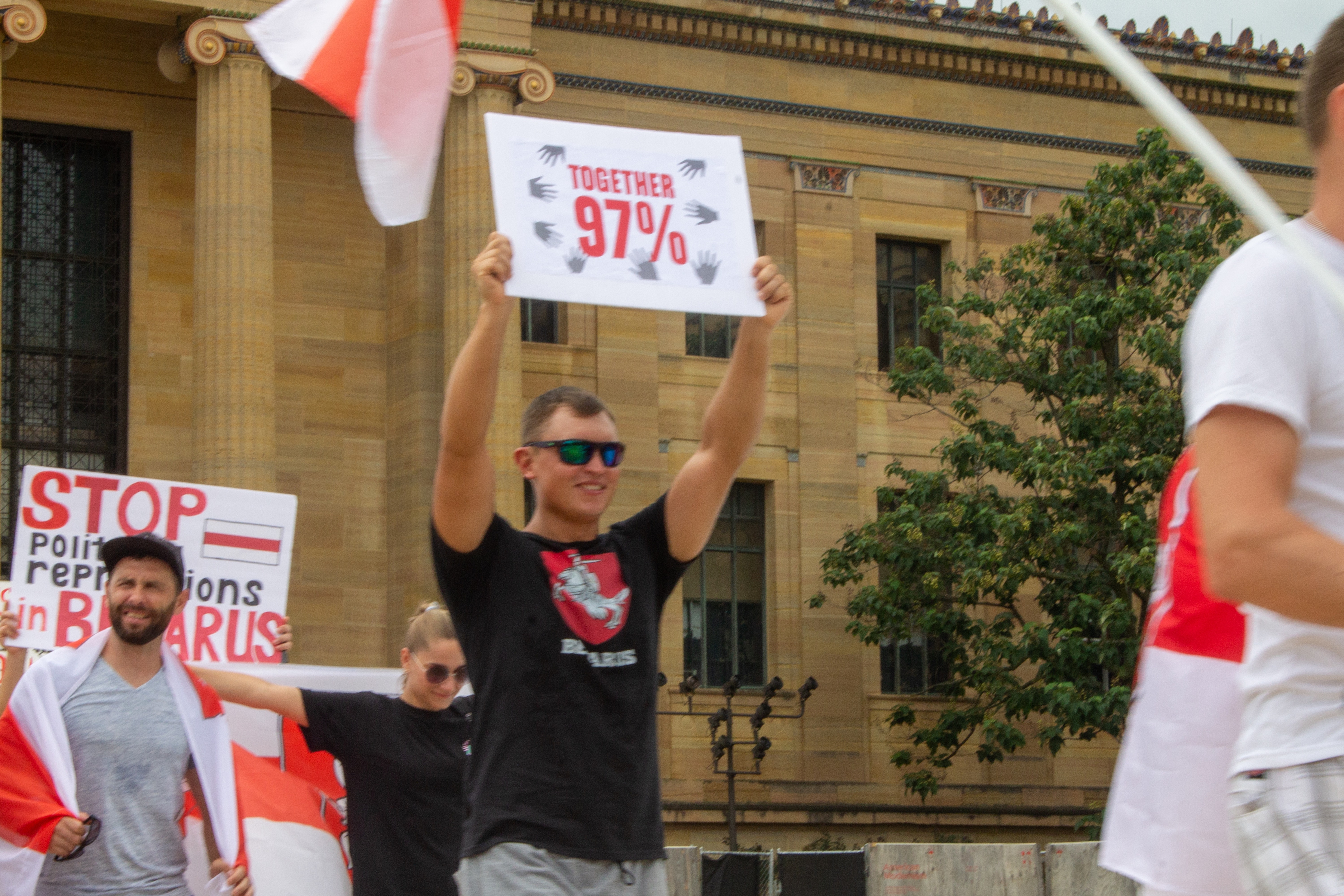 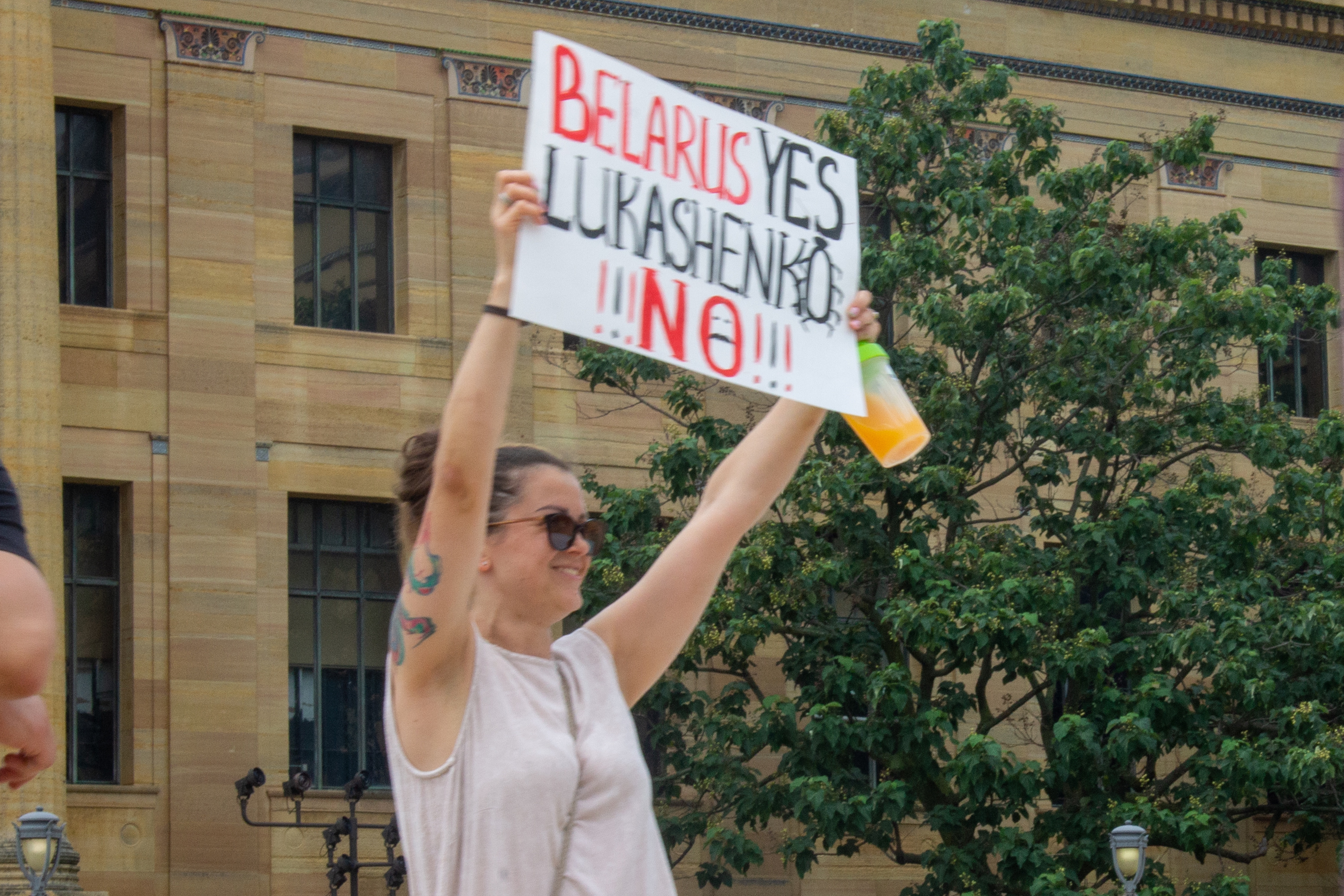 “When he first received criticism in a satirical newspaper at the beginning of his presidency, he took big offense to that, saying there should be no sort of criticism against the president in the country,” said Sergei Beinarovich, who lives just outside of Philadelphia after migrating from Belarus with his wife. “Soon after, the newspaper shut down.”

His wife Natalia Beinarovich supports the protests to dismantle a surveillance-heavy atmosphere she remembers from her time working as a teacher in Belarus. The couple’s son, Pavel Beinarovich, translated for the couple.

“Two weeks before the election, the principal of the school would come in, and order the faculty to submit our votes two weeks early,” Natalia Beinarovich said. “Our votes would be placed in a bin. If we didn’t vote for Lukashenko, they would either not count our vote or switch it.”

Distrust has only grown over the past year. Going into the 2020 election, a number of polls throughout the nation show Lukashenko’s approval rating hovering around 3%.

Given Lukashenko’s reputation for corruption and abuse of power, some fear it’s going to take the worst to get the president out of power.

“Only death,” said Serge Shaliga, another Belarusian migrant who now lives outside of Philadelphia with his family. “He would never give his power.”

“If you just listen to him, he needs to go to a mental institution, right away,” she said.

The Shaliga’s have a friend in Belarus, Uladzimir Tsyganovich, who is a blogger and Youtuber. He was recently arrested by the police for “organization and preparation of actions that grossly violate public order,” Olga Shaliga said.

The couple protests to help free their friend from jail.

https://vimeo.com/23155840] About 75 people gathered at Second Baptist Church in Germantown on Sunday afternoon to attend a debate between candidates running for the Philadelphia City Council in the 8th district. There were a total of seven [continue reading…]

The plazas surrounding City Hall are enriched with iconic statues. From the 37-foot-tall monument of William Penn at the top of the building to the smaller statues scattered around the base of the structure, these [continue reading…]