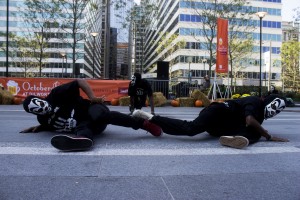 The Philadelphia community met recently for Octoberfest activities at the new and improved Dilworth Park. Participants decorated pumpkins, had their faces painted and enjoyed the beautiful weather as they listened to uplifting music on a picturesque fall day. One of the highlights of Dilworth Park’s Octoberfest was a free show by Illstyle & Peace Productions, a multicultural dance company whose members have hearts even greater than their dance skills and have no problem captivating a crowd.

The Philadelphia-based dance company was founded in 2002 by Brandon “Peace” Albright and since day one it has been his mission to inspire others. Today, Illstyle & Peace Productions has a crew of more than 10 men, ranging from over 10 years of dance experience to less than a year. Together they have traveled across North America, throughout Europe and, of course, within Philadelphia, to use their entertainment to inspire and challenge others to be the best they can be. 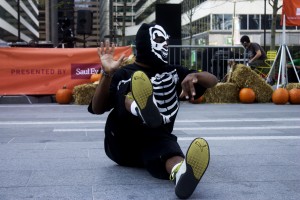 “There’s a lot of people that can dance, but if they don’t have a purpose it doesn’t mean anything,” said Dave Dingle, who has been an Illstyle member for more than 10 years.

Illstyle & Peace Production’s main mission is to grab hold of bullying and use dance moves to spin, twist and flip it out of society. Members said their campaign No Bullying. Stop Bullying. Let’s Be Friends and the outcome of their efforts have been anything but mediocre. They frequent schools to try and put a stop to bullying at a young age.

Several members grinned as they explained countless stories of the youths’ lives they changed. One recounted an instance of a young boy who came backstage after a show and tearfully told Illstyle he didn’t want to be a bully any longer after hearing their message. 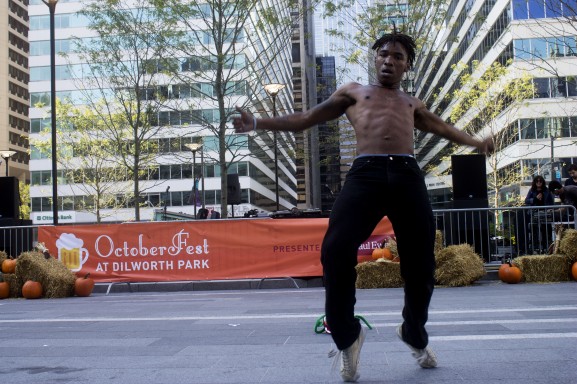 The group of happy-go-lucky guys finds it difficult to grasp the impact they have made on others because they are not famous athletes or musicians. Prior to showtime, they posed for pictures, joked around with security guards and struck up conversations with children. Illstyle members made it clear they are not from silver spoon upbringings. Instead, they are pure gold.

Winnie Benaiah, a fellow dancer and friend of Illstyle’s, has witnessed them keep consistent throughout their years of performing.

“I feel like this youth nowadays – they don’t have someone and they see young teens doing something productive, and I think it opens their minds to really believe they can be somebody,” Benaiah said. 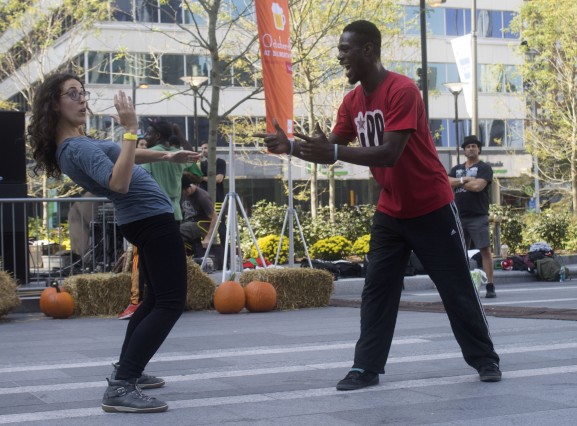 At the end of each show, they pull members of the crowd into the center of a cheering dance circle to encourage them to be proud of themselves, no matter their skill level. They encourage everyone from ages 8 to 80 to take their moment in the spotlight. As for those in the crowd who insist they can’t dance? There is no chance of convincing the guys you can’t let yourself go and move to the music.

They stand by that claim, even when people become interested in joining the group. 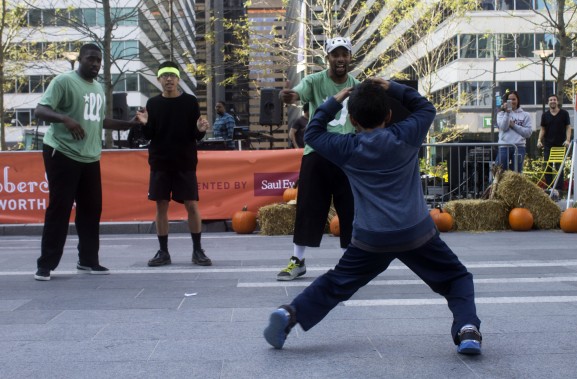 Antoine Freeman had little to no experience in dance, but wanted to be part of spreading the anti-bullying message. Members taught him their own top skills and helped him be the best dancer he can be, Freeman said.

“There are no rules to dancing and no rules to inspiring,” said Rob Viho, member of Illstyle & Peace Productions.

Illstyle & Peace Productions practices its eclectic mix of hip-hop, contemporary, West African, tap and ballet dance moves anywhere from community centers to living rooms. They called their invitations to travel across the country and overseas a “blessing,” and their success has not hindered their goal a bit. They insisted they are a regular group of guys fortunate enough to find friendship and an opportunity to change lives by doing something they love. 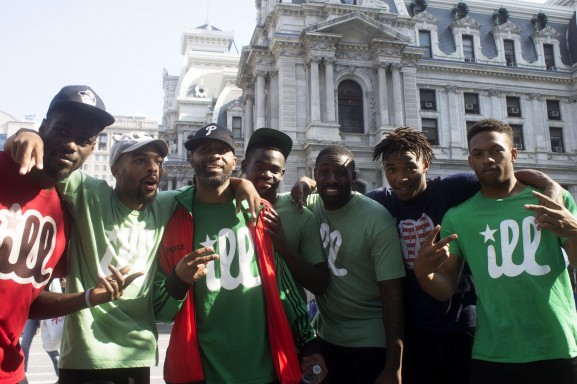 Illstyle members said they rely on each other for support, and their performance made it clear they are not simply dancing together, but they are a family. Even as they spoke to audience members and interviewers, they stood close together with arms draped across each other’s shoulders, like brothers.

Andrew Thomas, member of Illstyle & Peace Productions, said they will continue to travel and spread their anti-bullying message in their unique way.

“Dance has saved a lot of our lives so we try to do the same thing for a lot of youth coming up,” Thomas said.

Text and images by Chynna Mela and Courtney Rowland

Olney: Best for PHL, Philly Unite And More This Week

Painters, sculptors, illustrators and representatives across just about every other artistic medium are transforming the East Kensington neighborhood into an art district. For many of the neighborhood’s artists, the 2400 block of Coral Street has […]

South Street: Words are Mightier Than the Sword for Veterans

Lamont B. Steptoe said that when he returned from Vietnam, he was ready to buy a gun. In the wake of a much-debated war, the veteran was so frustrated with his country that he said […]