Located on the corner of North 5th Street and Girard Avenue, St. Peter the Apostle Parish was created in the mid-19th century to accommodate a changing neighborhood. Today, the parish also serves as the Shrine of St. John Neumann. The mega-structure includes a museum and gift shop. It also includes St. Peter the Apostle School, which provides pre-kindergarten through eighth grade education. Through several changes, the parish is still working to adapt to a community that is constantly evolving.

The parish has seen the predominantly German Catholic population that it originally served change to a largely Hispanic community. The parish has adapted by holding a Spanish Mass on Sundays at 11 a.m. following its English Masses at 7:30 a.m. and 9:30 a.m. The parish also holds masses at 12:30 p.m. and 3:30 p.m.

“In the 1950s we became a big site for work with the Hispanic community, you can see in the baptismal registry in 1954 – we have a big dividing line and suddenly we have hundreds of Puerto Rican families being baptized and married here,” said the Rev. Matthew Allman, the associate vicar. “For a long time, we’ve been a home for many members of our Spanish-speaking community.”

Along with the growth of the Hispanic community, more recently the area surrounding the parish has undergone gentrification, Allman said.

The change in the makeup of the neighborhood has increased the diversity in the school, according to Allman. Previously, the school was comprised of almost all African-American and Hispanic students. However, that is beginning to change. 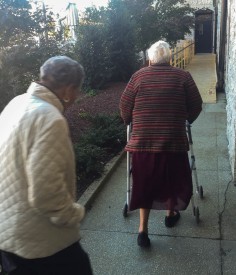 The parish has also been equipping itself to deal with its growing number of senior citizen members.

“Since the parish was built in the 1840s, they weren’t really thinking about handicapped access, so we’re really trying to make the church more accessible,” said Allman.

Plans to increase the ease of access to all spaces of the parish are in the works. The confessionals at the parish are being reconfigured in order to be accessible to those with disabilities. Construction is underway in the parish where elevators are being built to provide travel between the lower and upper sanctuaries, as well as the new atrium which is in the process of being constructed.

Allman acknowledged the lack of a true social space. However, that is also going to change. Besides the sanctuaries, the parish is planning to add a hall, which they haven’t had since the parish was damaged in a fire.

They have, however, added a parking lot located across the street. The parking lot has already been used as space to host community events. In recent months, the parish has hosted a Food Truck Fest and a flea market in that space.

“We’re just starting to use that space [parking lot] a little bit more, but we’re happy to get out there and intermingle with people outside the walls of the church,” said Allman 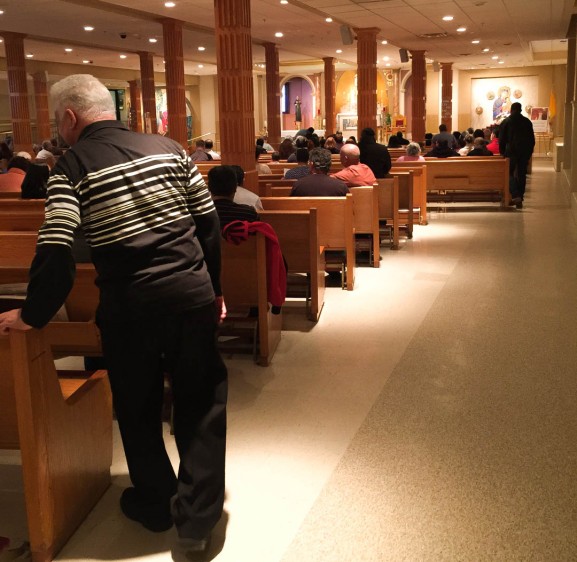 The event, which was created by then-Pope John Paul II in 1994, is held every three years. Philadelphia will be the only city in the United States to ever host the event. Allman is hopeful that it will bring positive attention to the shrine and the community as well as a possible papal visit.

“We are hoping that Pope Francis comes to that and also the shrine. We don’t know that, but the odds are pretty good,” said Allman. “When Saint John Paul II passed through Philadelphia in 1979, he made a point of visiting here at the shrine.”

Some representatives of the World Meeting of Families have already visited and spoken with members of the parish.

Another event Allman and the parish are excited about is the Feast of St. John Neumann on is Jan. 5. The parish holds a celebration open to the public on the Sunday closest to the event.

“The church gets packed—we have all sorts of people come and celebrate the anniversary and feast day of the saint,” said Allman.

In addition to community events, Allman realizes that the parish plays an important role in the community as well as the lives of its members.

“We’re with people at the most important and key moments. We greet new children and welcome them to the church, we help prepare people for their marriages and celebrate the marriages with them, we’re also with people as they bury loved ones,” Allman said. “That’s a prime part of the community service that we render.”

Students at Saint Joseph’s University were hoping at best to catch a glimpse of Pope Francis as his motorcade traveled down City Avenue. Many students were planning to gather together to watch the festivities on television. [continue reading…]

In celebration of Pope Francis’ arrival in Philadelphia for the World Meeting of Families, approximately 3,000 Vietnamese Roman Catholics gathered at Cardinal Dougherty High School to celebrate. “That’s not a church,” objected one child as [continue reading…]

The Saint Charles Borromeo Seminary had the privilege of hosting Pope Francis for a night when he arrived in Philadelphia. “I think the mood before he came was one of anticipation and unknowing,” said Deacon Matthew Biedrzycki. [continue reading…]