More than 100 people silently dropped to the ground in 30th Street Station’s main concourse at 4:15 p.m. on Tuesday and then marched out in solidarity to protest a recent string of decisions many are seeing as injustices.

Philadelphia-based In Defense of Black Bodies organized the protest. The organization began holding protests and marches last week after the decision was made to not indict police officer Darren Wilson in Ferguson, Missouri for the killing of teenager Michael Brown in August.

Protestors marched arm in arm down Market Street, onward to various entrances to highways, up the Benjamin Franklin Parkway and back onto Market Street. Police followed as the protest continued toward City Hall and into the courtyard where the Christmas tree lighting ceremony was taking place. 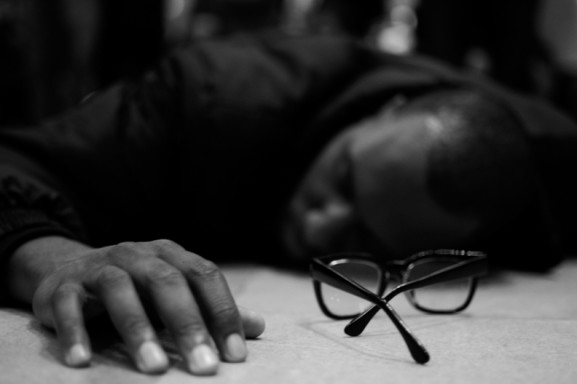 The chant, “black lives matter,” could be heard continuously as the protesters surrounded the Christmas tree. Onlookers were a mix of amused and angered that the protest had broken up the ceremony.

As the police officers began to regain control of the area, protesters stood their ground and continued chanting and marching throughout the evening.

It was reported that only one person was arrested during the protest. 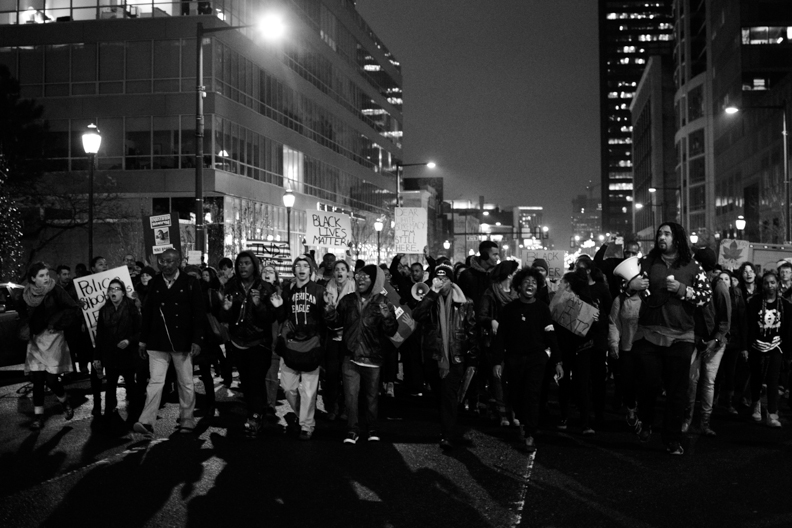 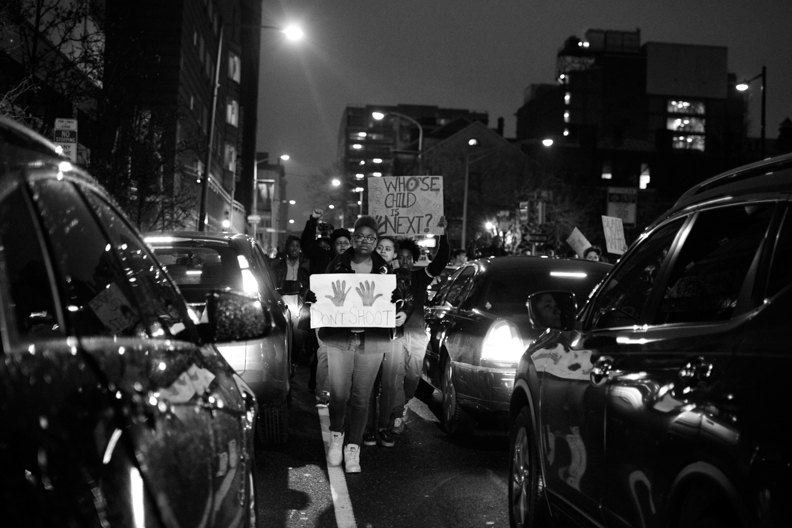 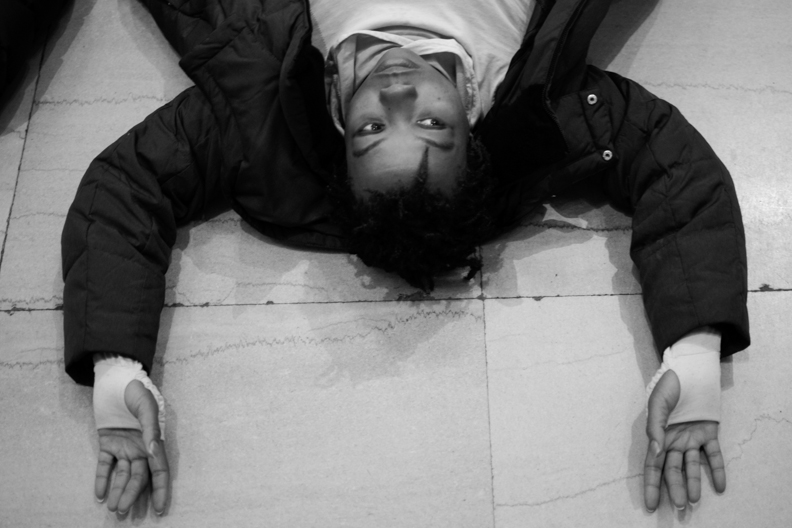 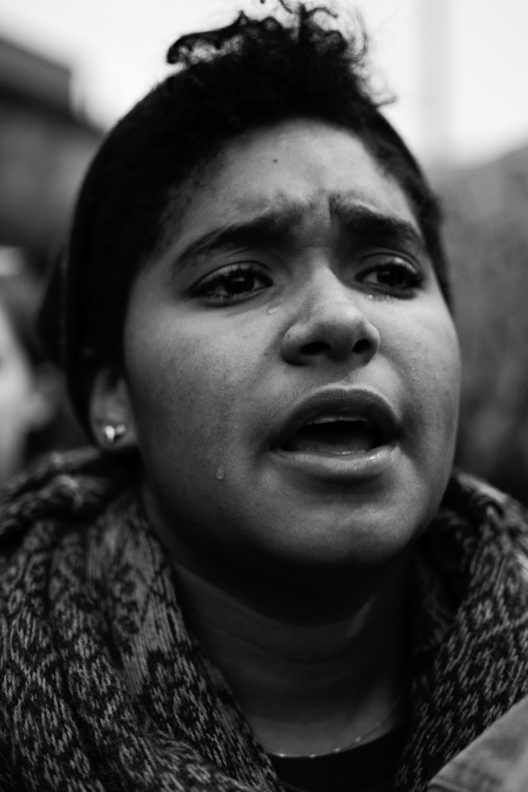 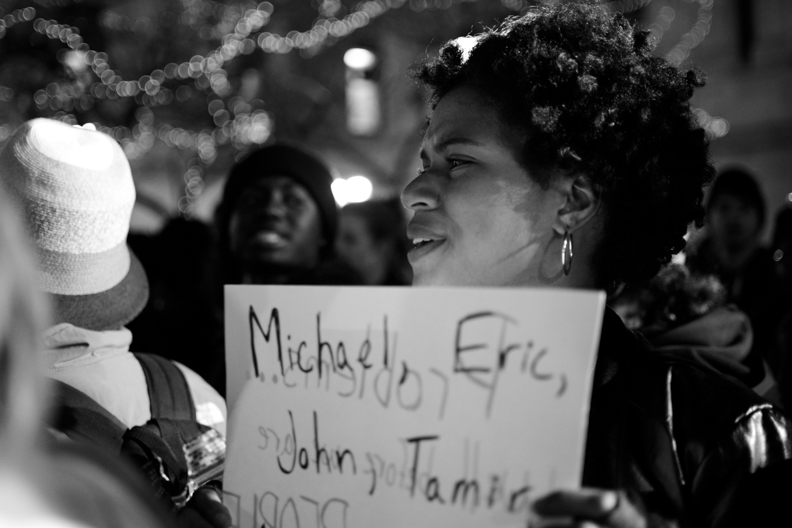 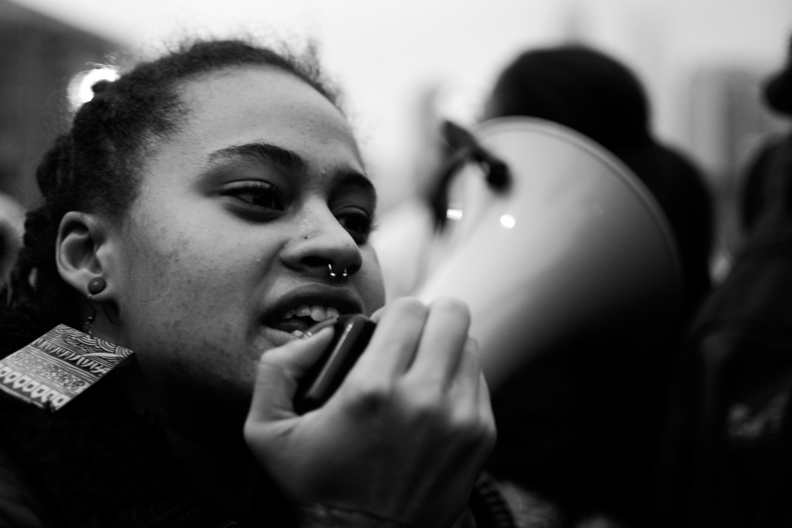 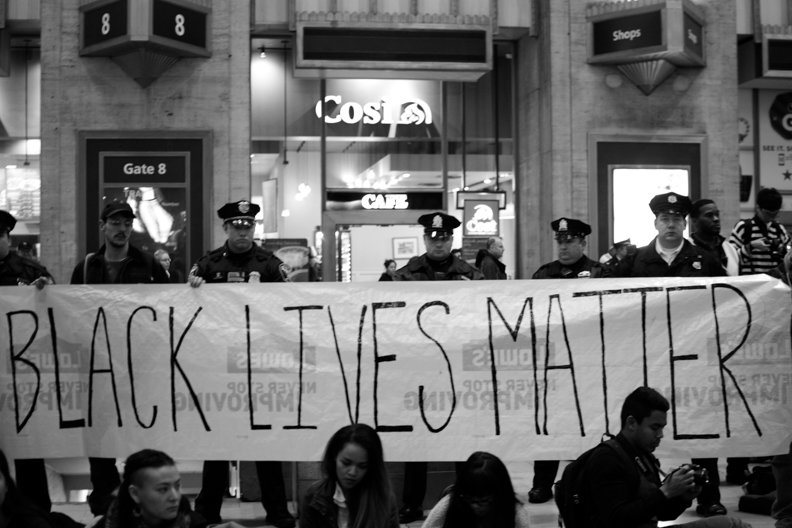 If there’s one thing worth knowing about Chestnut Hill, Steve Berg, a local artist and co-owner of the Nichols Berg Gallery, said it’s that the area is a “hotbed of artists teeming with talent.” Berg […]

As the birthplace of the U.S., Philadelphia holds the history of William Penn, Benjamin Franklin, Thomas Jefferson and many others. These people stood on the front lines of making a change, not necessarily in battle, […]

It has been nearly three years since The Church of Jesus Christ of Latter-day Saints began constructing its Philadelphia temple (above). Standing tall on Vine Street, between 17th and 18th streets, there are only a […]