From England to Philadelphia to Germantown: A Lineage

As the Stackhouses look over their flourishing Germantown garden, a small woodpecker stops to perch on a birdhouse nearby. Rare birds and hungry squirrels wander in and out with grace, careful not to disturb any of the family’s four cats that sun in the yard daily. A variety of herbs, flowers and catnip spring out of the healthy red soil. Before the trees grew so tall that they block out the sun in many areas of the garden, Diane Stackhouse would grow pounds of organic produce out of the fertile ground. She and her husband have made their home a certified wildlife sanctuary, meaning it has four elements that allow life to flourish on their property: shelter, food, water and nesting sites. Year-round, birds of every feather return to enjoy the natural solace that the Stackhouses have cultivated.

Eugene G. Stackhouse, former biologist by trade and historian-genealogist by curiosity, is fascinated with life, how it flourishes and evolves. That is one of the many reasons he was attracted to history-rich Germantown when looking for a home of his own 33 years ago. Long before the former President Emeritus of the Germantown Historical Society held claim to the residence, the seven bedroom home belonged to a naval captain who purchased it in 1872, shortly after the Civil War. A lover of history and a veteran himself, Stackhouse has preserved many of the home’s original features.

A descendant of Quakers, Stackhouse’s ancestors were aboard one of 23 ships that sailed from a rural farming village in North England to the New World. What was it that inspired the Stackhouses to sail 3,400 perilous miles to Pennsylvania? The same reasons that brought many other Quaker families- promises of cheap abundant land and religious freedoms. William Penn, son of British naval admiral Sir William Penn, was bequeathed land by King Charles I and in turn encouraged English citizens to travel with him and settle here. Stackhouse’s ancestors followed the promises of William Penn and settled in Pennsylvania around 1680. Generations later, his family was rooted in the Kensington section of Philadelphia.

“When we purchased the home, it was extremely cheap. At the time, a lot of white people were leaving Germantown and the values of the homes were dropping as a result. Because my wife and I don’t care what color our neighbors are, it appealed to us,” said Stackhouse.

What happened when African-Americans and other people of color began to move into a predominantly white neighborhood? Sociologists call this phenomenon “white flight.” White occupants undersold their homes and relocated to the suburbs in a panic. What then occurred was a snowball effect of neglect and underdevelopment to a once thriving community. Fortunately for some areas of Germantown, its deep roots in history lent it a level of interest and active preservation that saved it from the complete blight that areas like North Philadelphia, a formerly thriving neighborhood once inhabited by a Jewish majority, suffered.

Connecting Past and Present

Entering Gene Stackhouse’s library is comparable to traveling in a time machine. File cabinets that reach tall ceilings are decorated with genealogies of his family that extend back to Charlemagne. Vintage portraits of his great-grandmother and her marriage certificates hang proudly on the wall. Everywhere you look, history and the present mesh in a fluid continuum of time and space, reminding us that we are all connected, all related.

One of Gene’s great hobbies is preserving history. He has dedicated over 50 years of research to uncovering his family genealogy and studying the history of the Civil War’s and its connection to Germantown. At the time, the area was known as “German Township” which included the modern neighborhoods of Chestnut Hill and Mt. Airy. Stackhouse’s efforts have culminated in an impressive collection of over 4,500 descendants of the Stackhouse siblings who immigrated to Pennsylvania with William Penn and a published book entitled Germantown and the Civil War. One of the great rooms in his home is dedicated solely to the preservation of Germantown historical research.

“One of the battles of Germantown was fought right here near my home. And when I die, the Germantown Historical Society will get all of this,” said Stackhouse, gesturing toward the seemingly never-ending archives of data with a hint of humor and pride.

According to Stackhouse’s own research, over 2,000 Germantown residents, about 30 percent, served in the Civil War as soldiers, doctors and nurses. For those who have lived in Germantown for generations, it is probable that you have ancestors with connections to the war. Most of Stackhouse’s data comes from news articles written by Civil War veteran, journalist and Germantown historian Naaman Keyser Ployd. During his career, Ployd wrote hundreds of articles about Germantowners who served in the Civil War, leaving invaluable collections of information for Stackhouse and other historians to follow. Even with Ployd’s impressive collection, amassing this data was no easy feat for Stackhouse, who scoured the archives of the Germantown Historical Society and the Grand Army of the Republic Civil War Library and Museum in Frankford.

For those of you who endeavor to uncover the roots of your neighborhood or family tree, Gene Stackhouse believes there is no time like the present to start. The rapid growth in technology has made connecting with your past more efficient than ever.

“It’s definitely easier to find information about your relatives these days with the Internet. Ancestry.com is a great tool. When you find living family you can even connect through Facebook. I tell everyone: start with yourself, with what you know and then work backward,” advised Stackhouse. 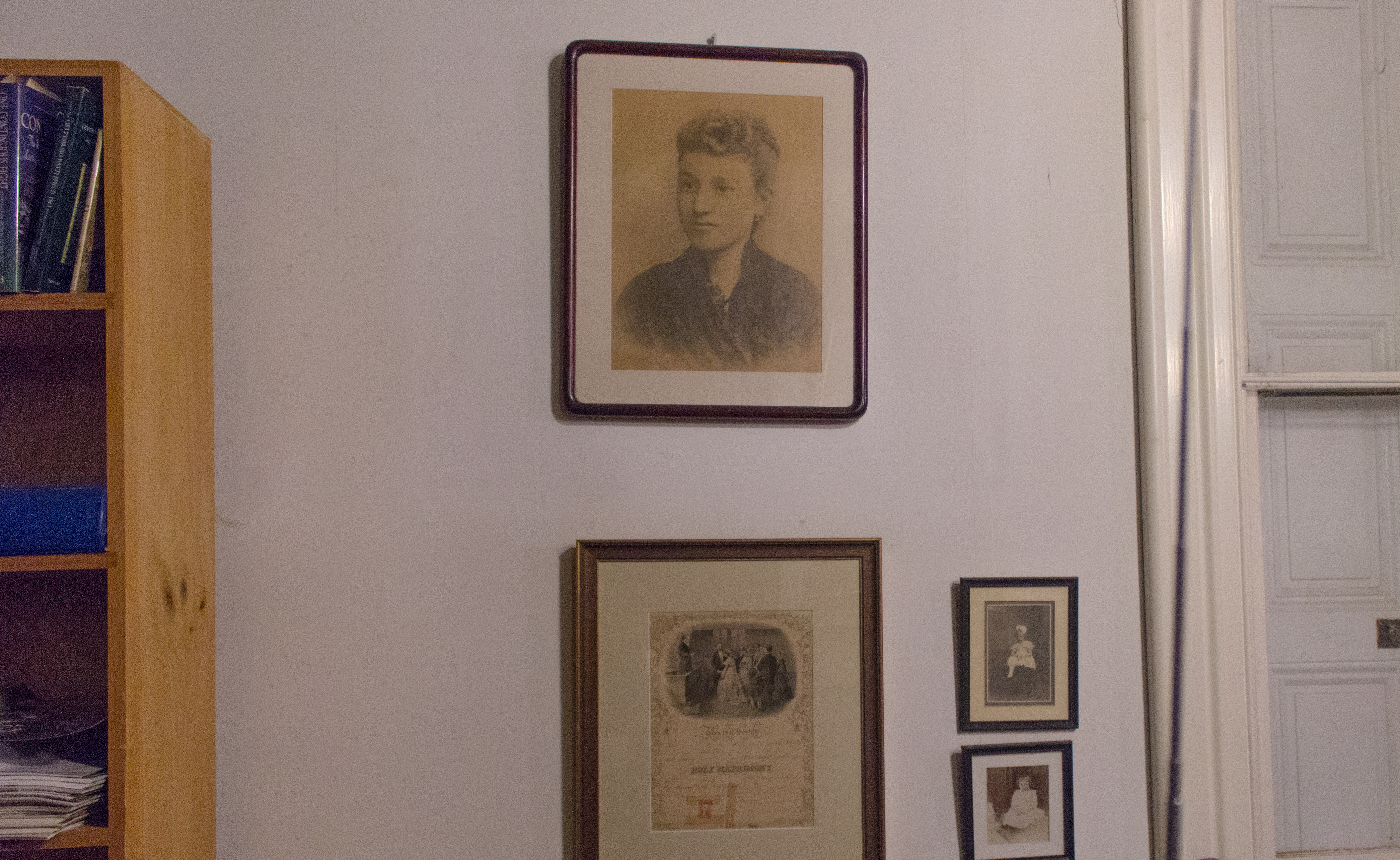 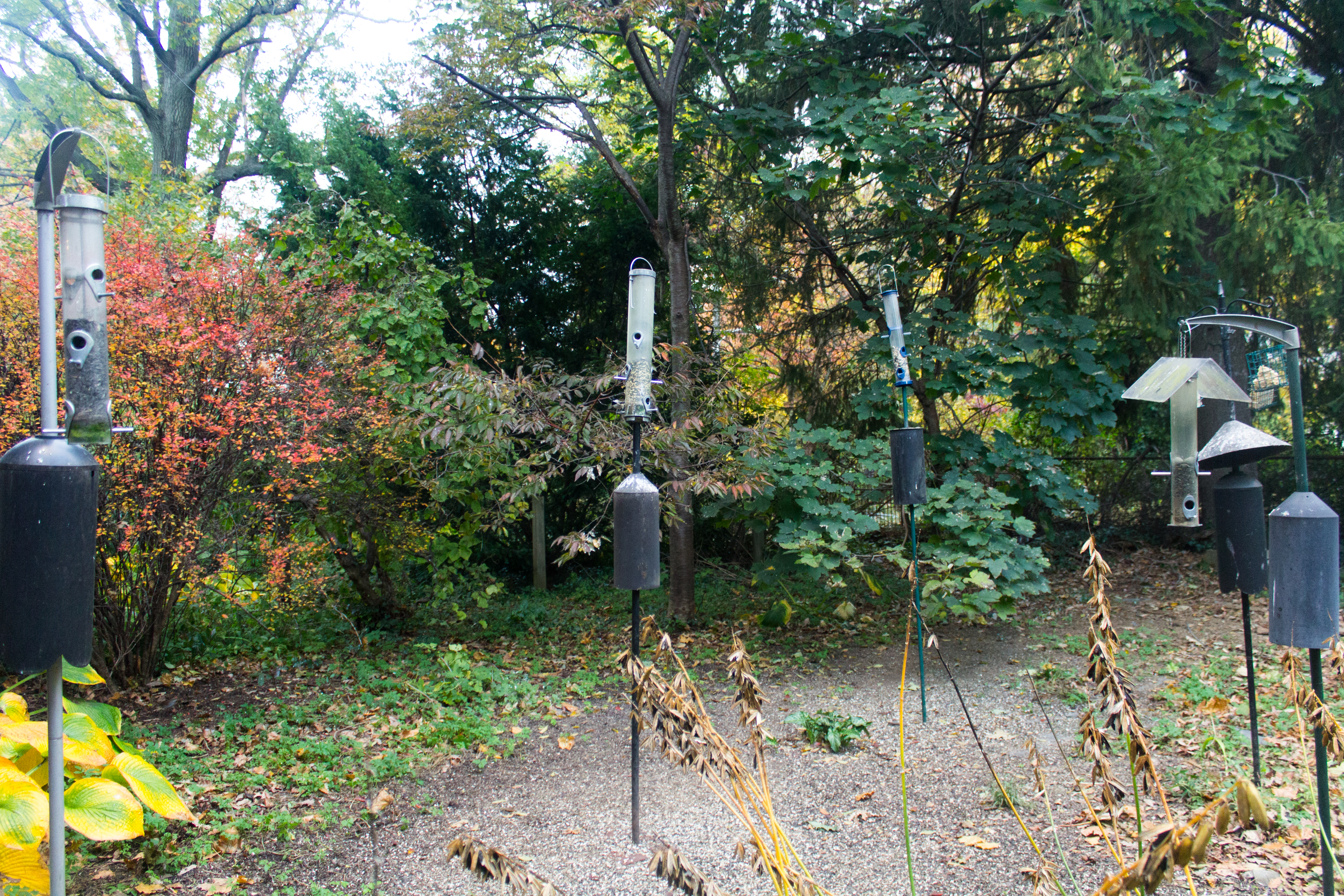 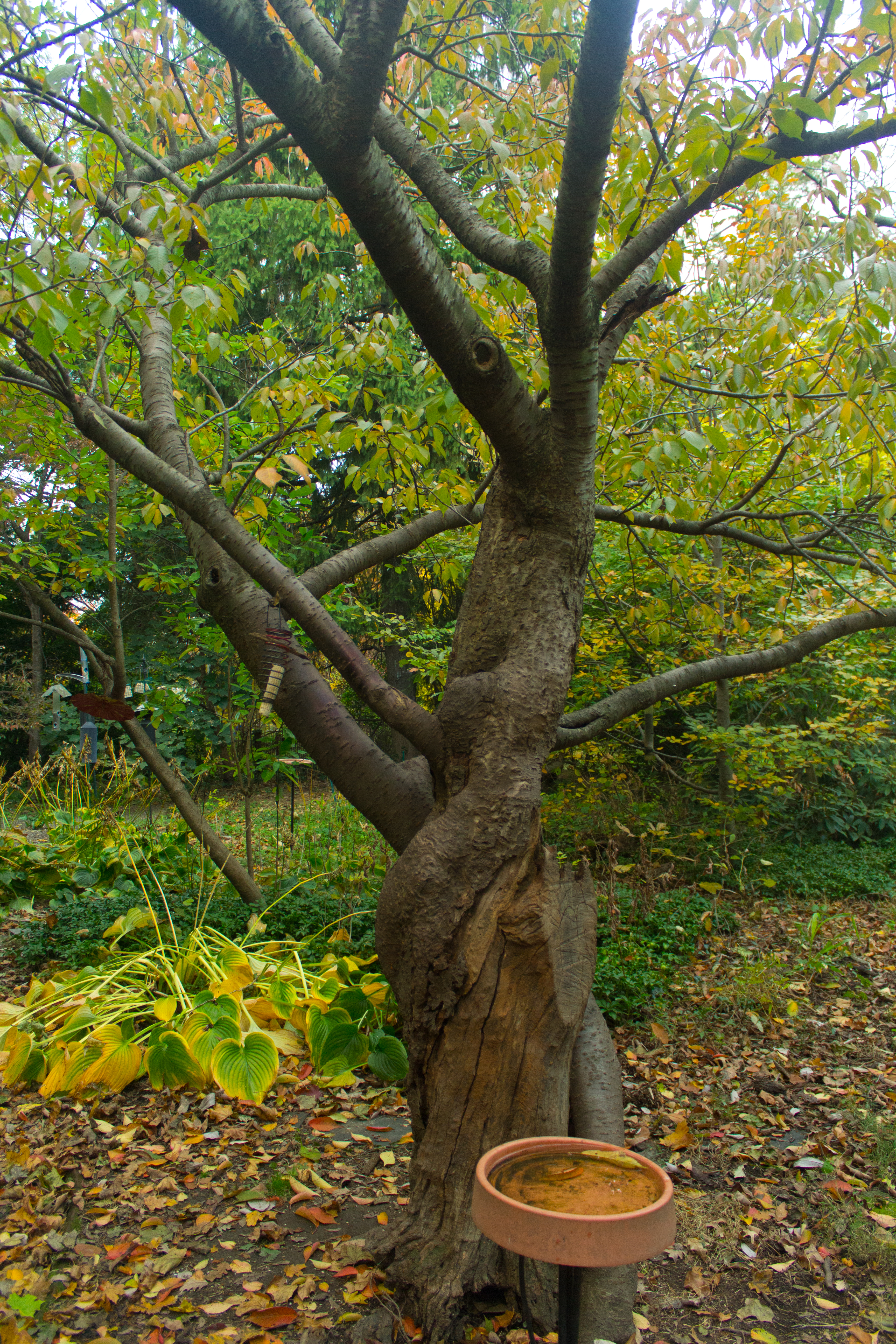 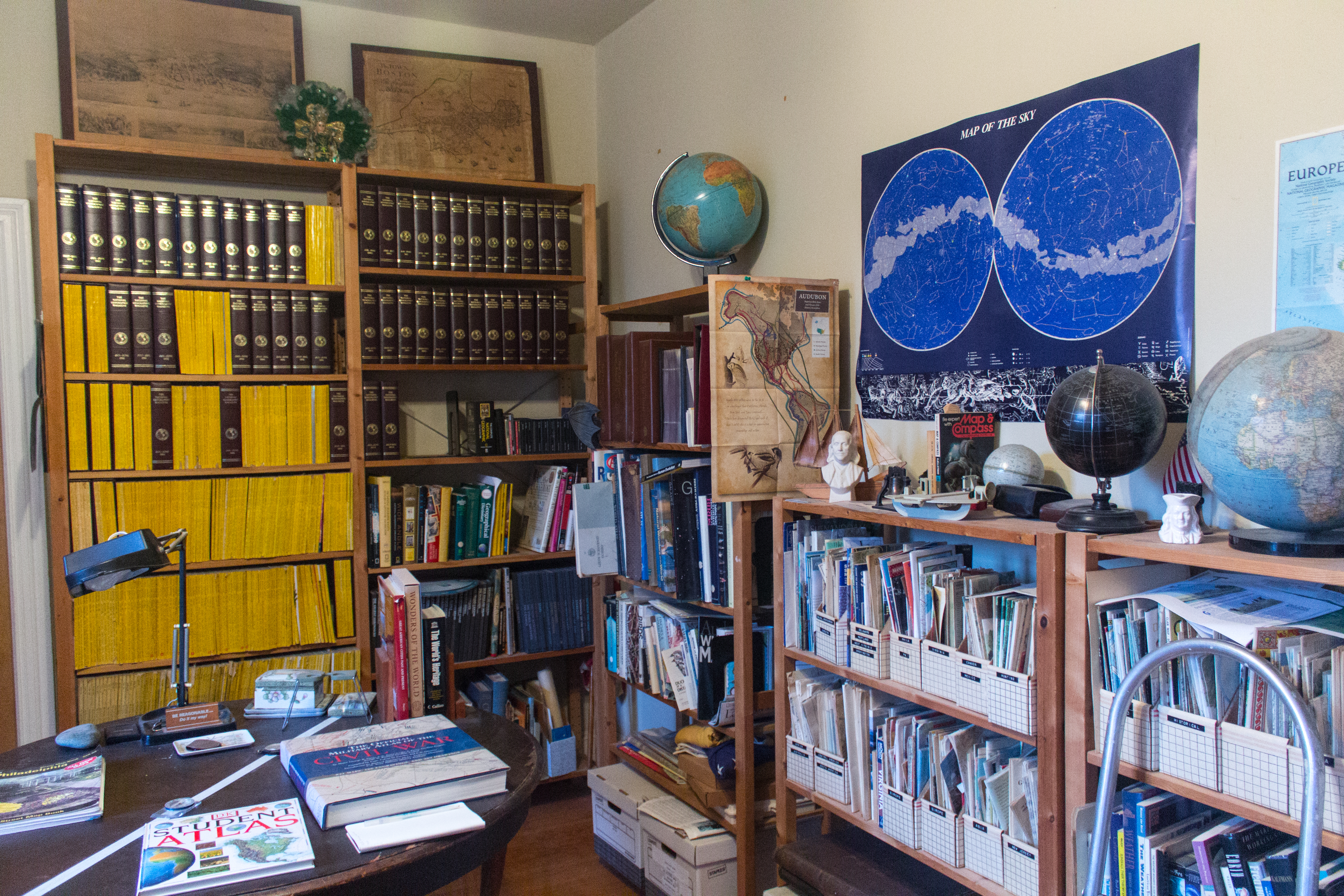 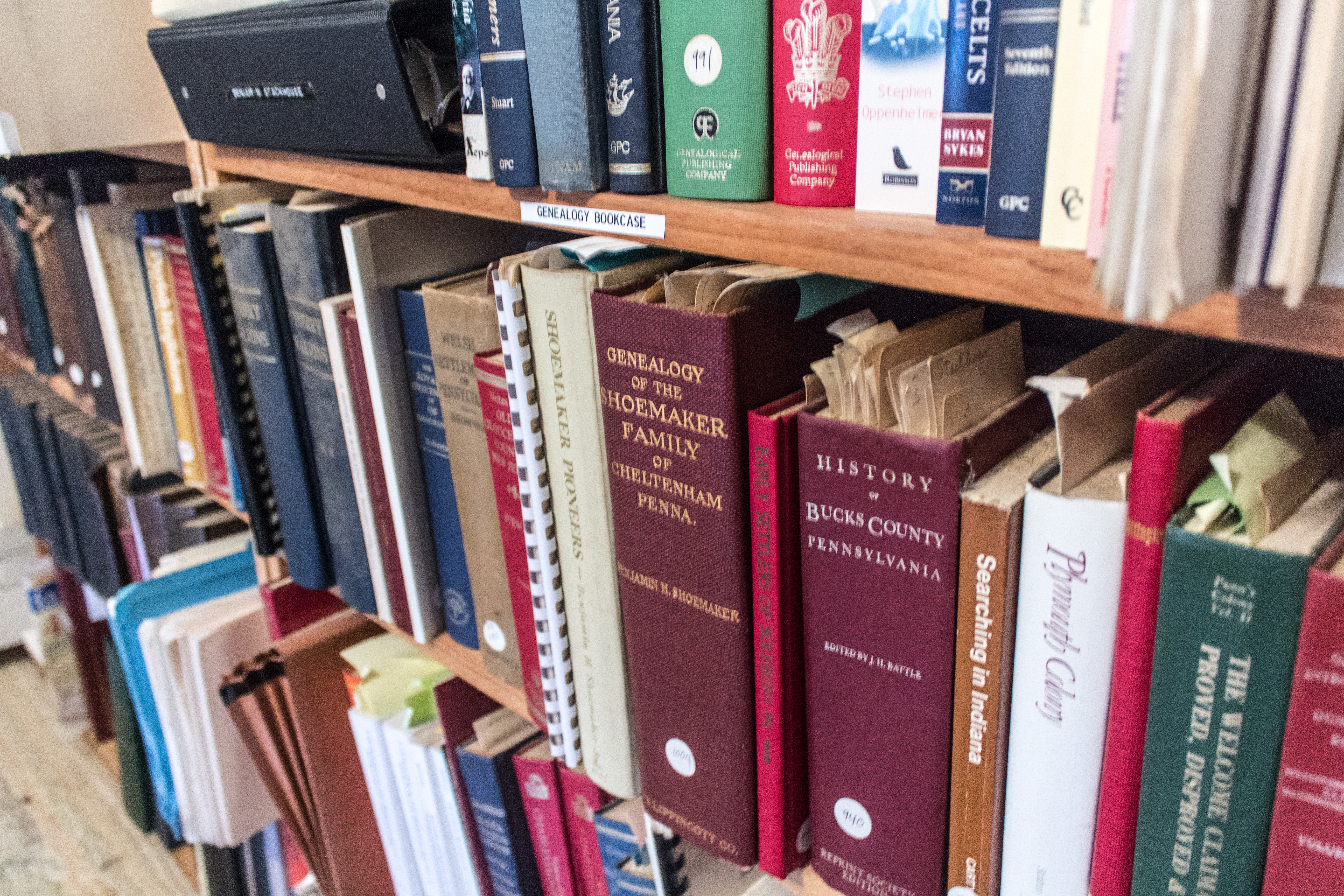 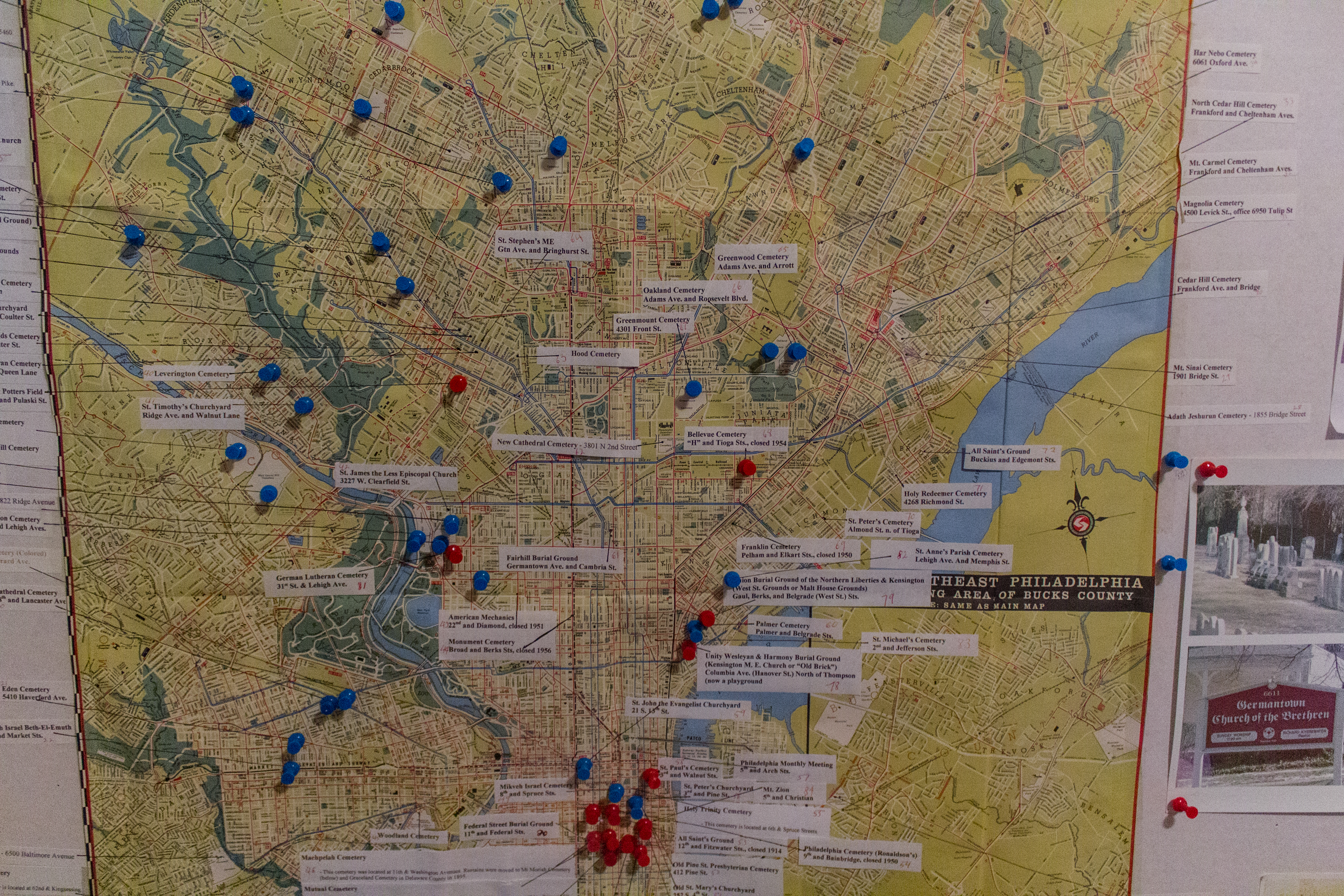 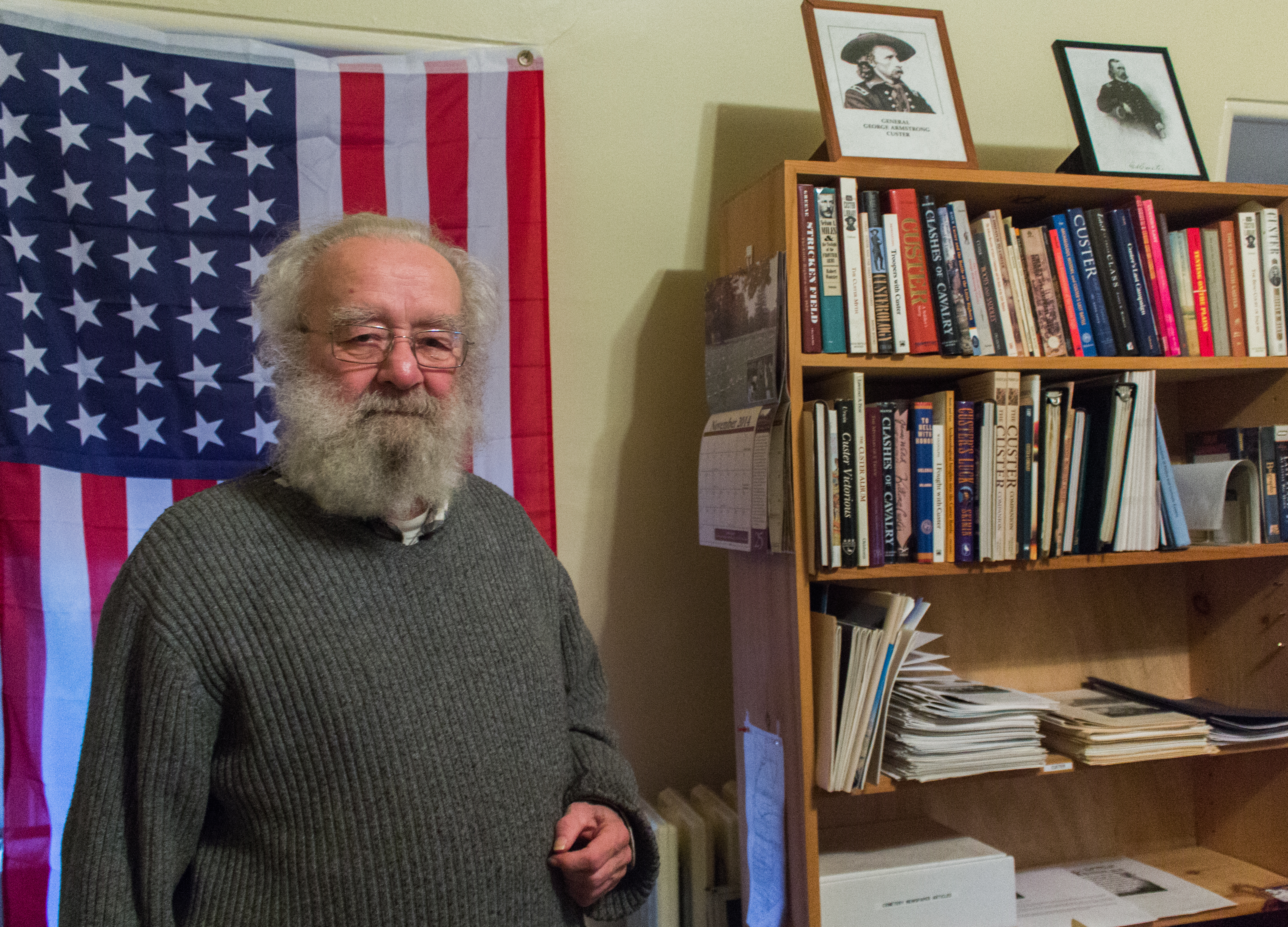 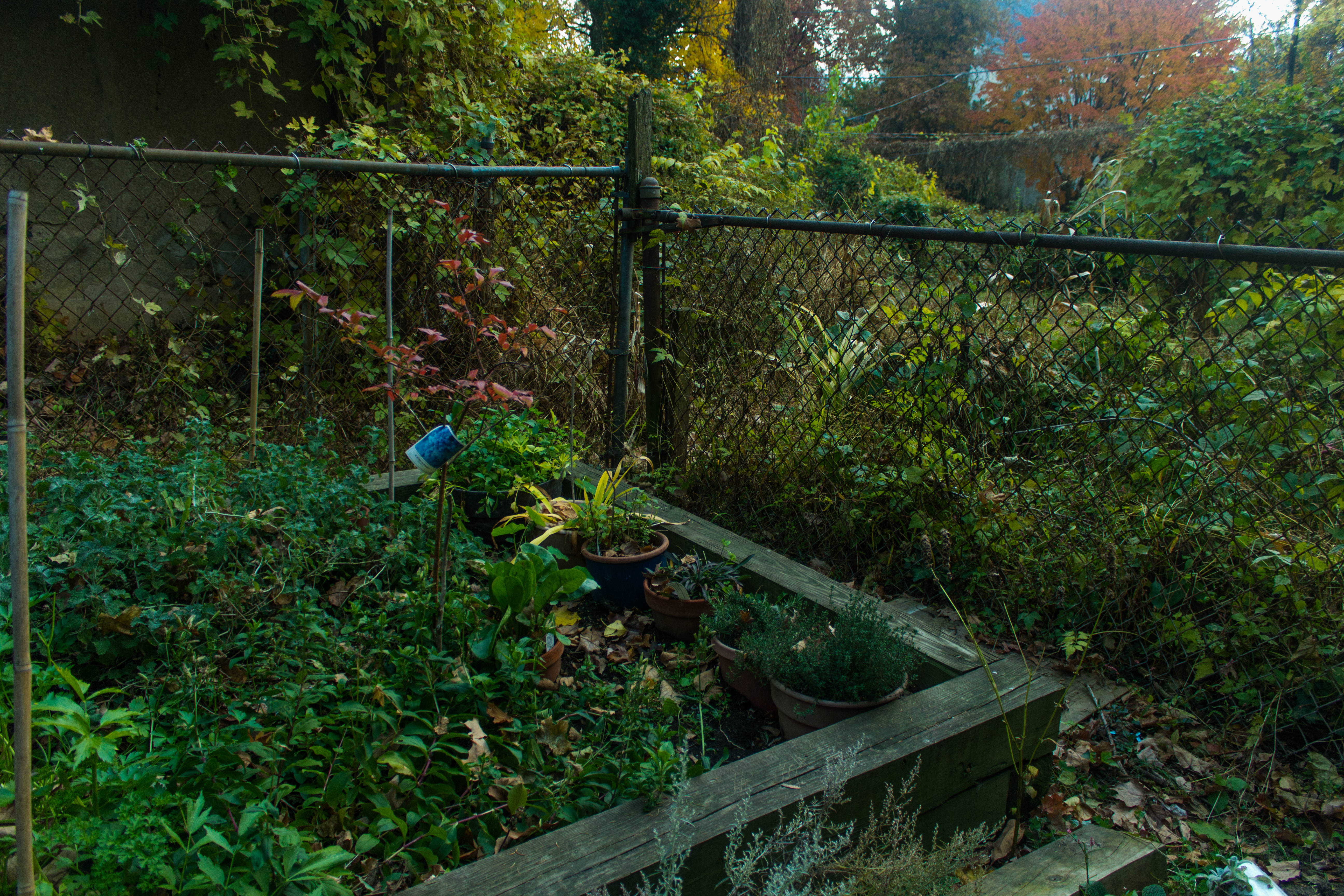 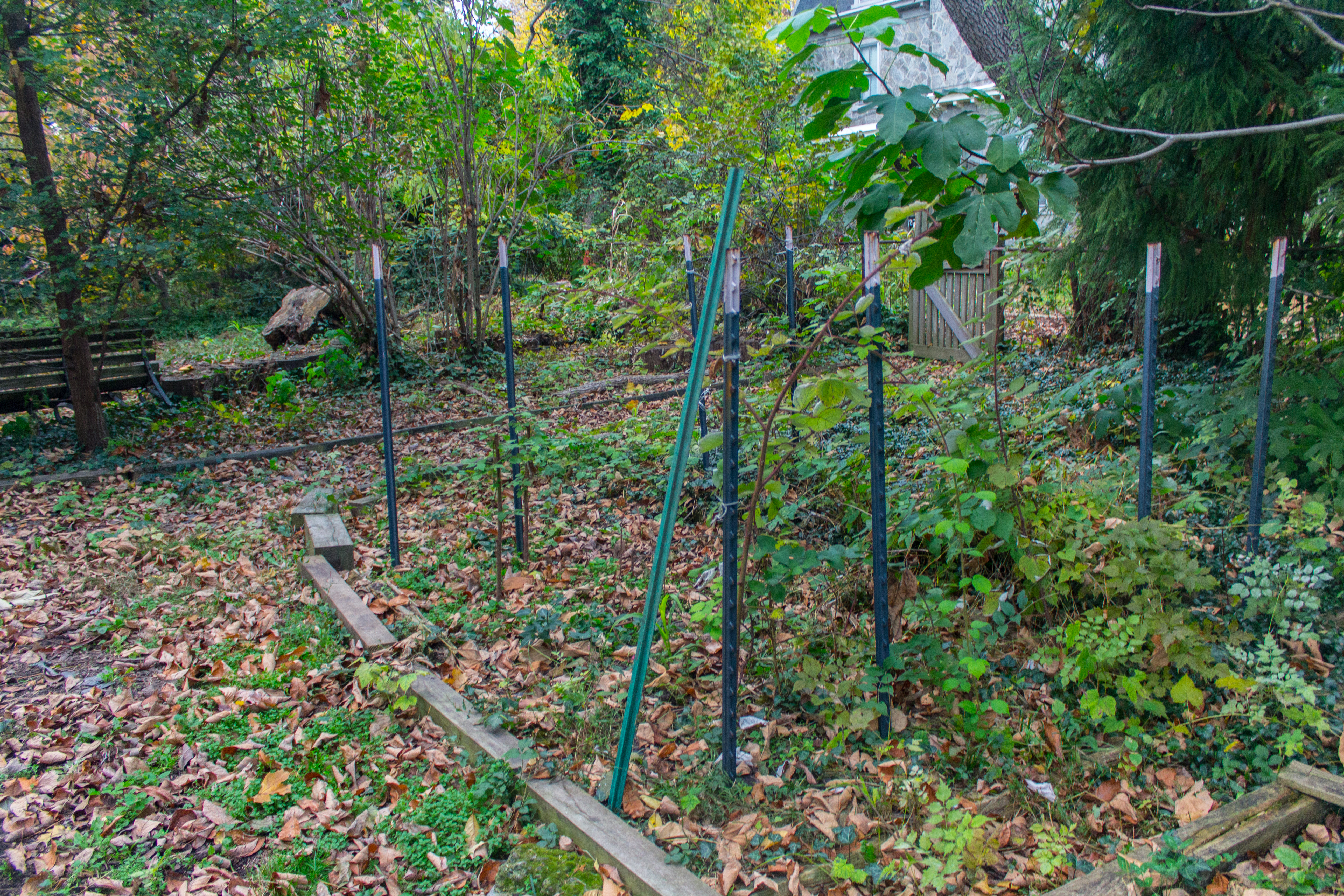 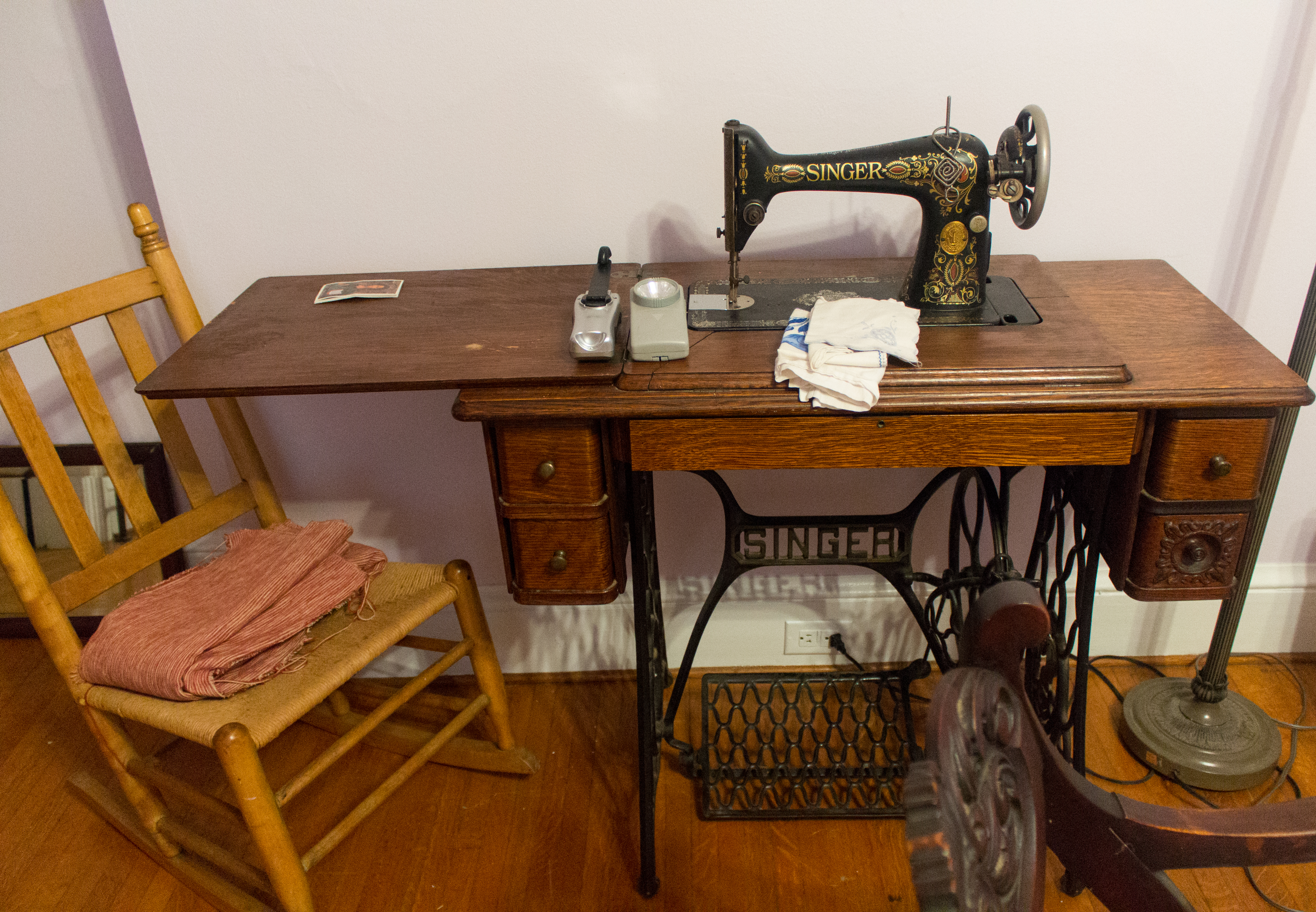 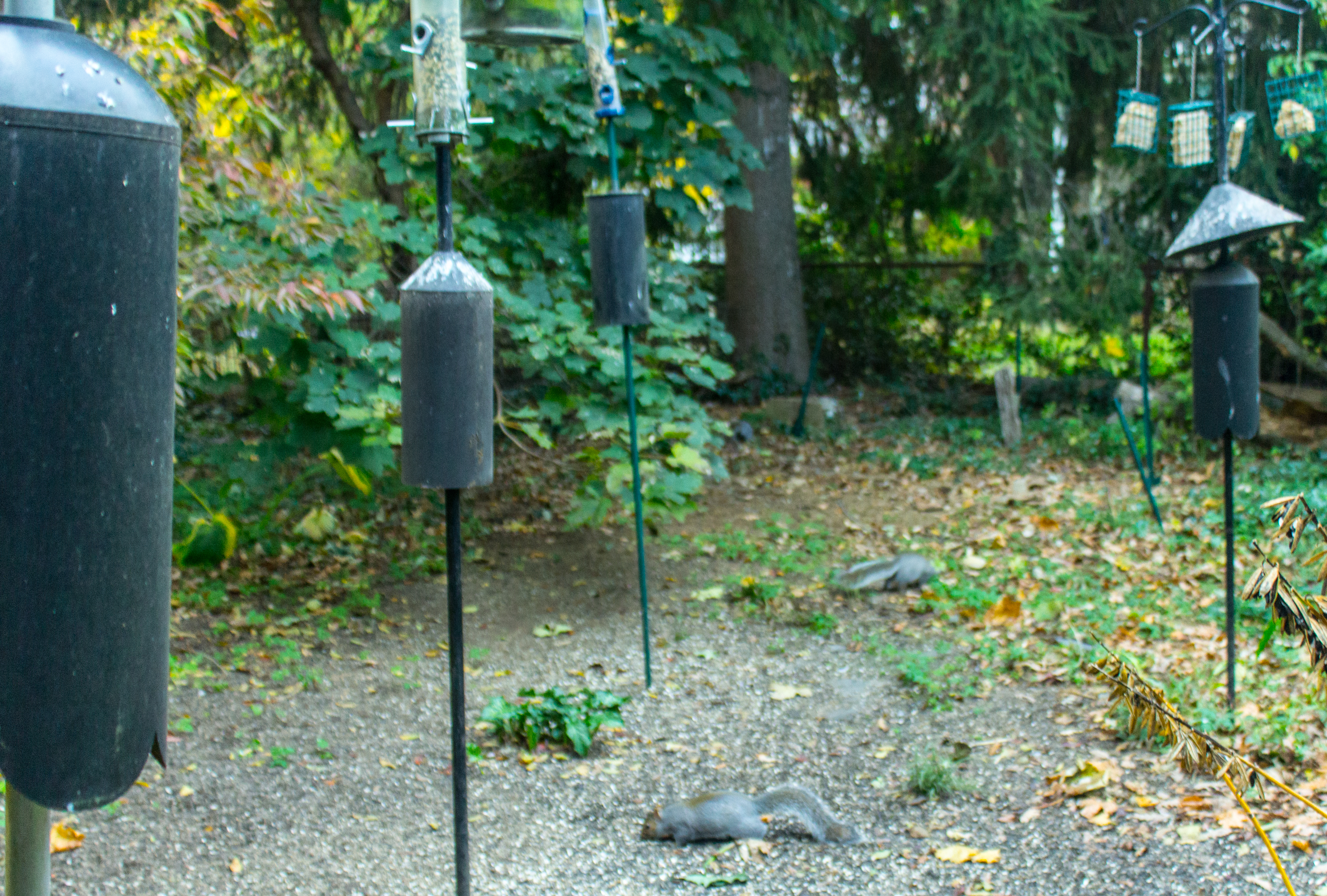 <
►
>
The Stackhouses' have a certified wildlife preserve that provides food, shelter, water and nesting sites for birds and other animals.

The Nichols Berg Gallery, located at 8611 Germantown Ave. in Chestnut Hill, is the site of an ongoing art exhibit featuring the work of three local artists. Throughout June recent paintings and works on paper [continue reading…]

East Falls: A Cemetery for Millionaires

https://vimeo.com/22940188]   Millionaire’s Row. It’s not exactly something you’d associate with a cemetery. But then again, neither are Atlantic City and Tacony. At least, you wouldn’t by just looking at one of the biggest mausoleums [continue reading…]