The Philadelphia Pet Health Center has gone through plenty of renovations since Michael F. Wilson and his father, Dr. James F. Wilson took over in 2012.

Michael Wilson (below), the center’s co-owner, jokingly described it as “the money pit” when they first started to fix the business, considering how many pieces of it had to be restored. Since then, however, PPHC has updated all of its equipment and found a stable team. 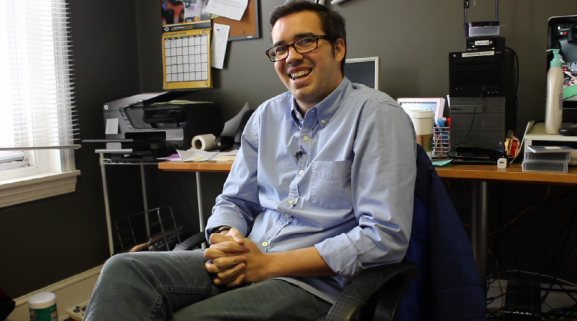 “We have a rock-solid team right now,” Wilson said. “Dr. [Leslee] Feaster is in charge along with my dad. When we interviewed her, she said that she always wanted to work in a community like this.”

Feaster, the associate veterinarian, had an especially evident love for animals, and it is easy to say the animals loved her back. In a visit with four cats named Isis, Persephone, Morphius and Freya, Feaster calmed each of the constantly meowing cats in order to perform their check-ups.

One of the major issues in the Kensington area is stray cats. PPHC’s house cat, Texas (below), was going to be put down before the practice saved it.

“He was 8 weeks old,” explained Wilson. “All he really had was worms.” 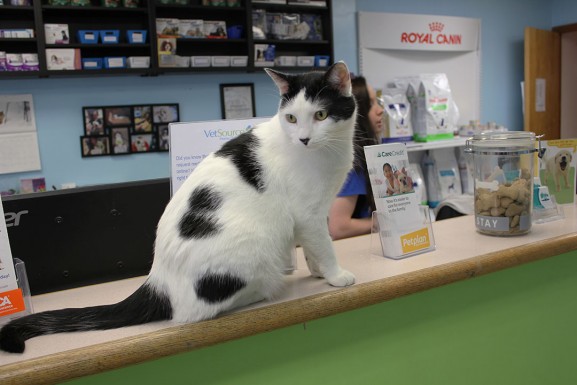 “What’s happening with the stray cats is that either the cat gets out or people leave them behind,” explained Maggie Grover, PPHC’s customer service representative. “They’re not spayed, they’re not neutered, so what they’re doing is reproducing and having litters of cats, and then they’re all street cats.”

Pet care in the winter is especially difficult. PPHC’s goal is to make sure that pet owners are educated on how to keep their pets healthy and make sure they are getting the outdoors time they need.

“If it’s below 30 degrees, you really don’t want to have your pets outside for longer than 15 to 20 minutes,” Wilson said. “Just like us, they will get cold even though they may have big coats of fur that make them seem warm.” 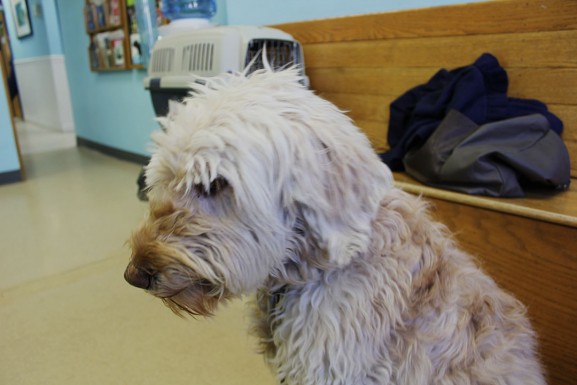 Wilson also advises pet owners to beware of rock salt, as it can harm animals.

While PPHC has been devoted to its customers, Wilson said the practice has been receiving devotion right back.

“It’s very typical Philadelphia,” said Wilson. “If you do right by them, they’re going to take care of you. It is still very much a community in this area, which is what we really appreciate about it.”

Scarecrows and shovels, trash cans and gardening gloves are strewn about in South Kensington community gardens. Few plants are blooming, but preparations are underway for another year of community-based gardening. “I think that community gardens […]