From his humble beginnings calling driveway pick-up basketball games with his friends, to working for ESPN and other major broadcast outlets, the story of 26-year-old, Dave Leno is inspiring. Leno, who was raised in Northeast Philadelphia, is currently the youngest broadcaster to work for an ESPN network.

“I like getting in front of a large audience,” Leno said with a smile. “I think I just wanted to be apart of sports somehow and I felt that the best way to go about it was to be calling the game. I would often find myself playing basketball in the driveway with my buddies and I would be calling the action and I would be better doing that than actually going for a layup.” 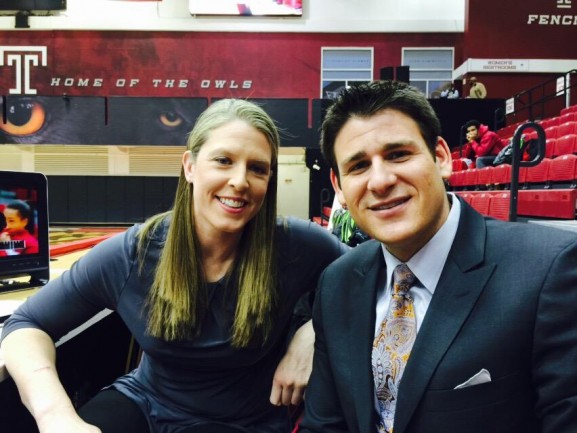 Leno broke into the broadcasting industry while attending Indiana University. He was asked to call a field hockey match and although he knew virtually nothing about the “ins and outs” of the sport, it was an opportunity that he couldn’t pass up. It’s a day that marked the start of a promising career.

“That was my first break, calling an Indiana-Ohio State field hockey match,” Leno said. “I’ll never forget that day. It was raining bad, I knew nothing about field hockey. I went to the coach four weeks prior to the matchup [and] she taught me about the sport. Now, I’m calling U.S Olympic Field Hockey vs. Argentina in a four-match Test Series, which hopefully one day will get me to the Olympics.”

Leno assumed other play-by-play duties as an Indiana Hoosier, calling a multitude of sports at the university. He had the good fortune of calling matches for the women’s volleyball team that advanced to the Sweet 16 in the NCAA tournament and for the softball team that made it to the NCAA Regional Tournament. 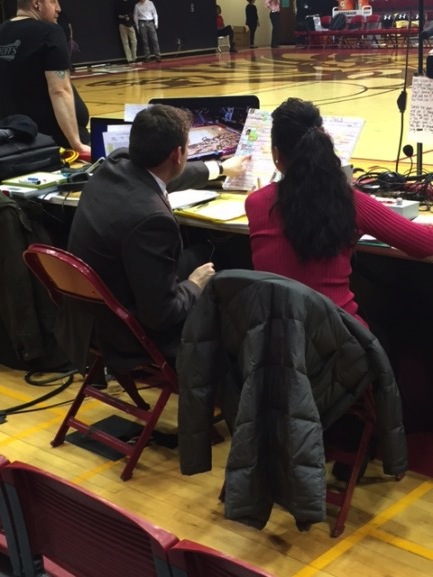 From a young age, he began to separate himself from other aspiring broadcasters. Assistant Director of Media Relations, Jeremy Rosenthal attended Indiana with Leno and saw something special brewing early on.

“I heard a lot of his stuff while in college,” Rosenthal said. “A lot of times I would serve as his stat guy for a lot of his broadcasts, so I was there to hear him and see him progress up the ranks. In the years that came along I would see some of the student broadcasters and think to myself how Dave was at a whole other level when he was in school. He just had the talent for it. The preparation and the drive and its been great to see where he’s gone, building more and more opportunities.”

Although Leno has made tremendous strides in a very short amount of time, he still says he would like to climb higher in the ranks. The potential for greater success is what keeps Leno motivated, forcing him to hone his craft and improve on every broadcast.

“The difficult thing for me is patience,” Leno said. “I’m a go-getter. I’m a networker and unfortunately guys in prominent play-by-play positions are a lot older than me. They’re in their 30s and 40s and even in my dads age in their 50s and 60s. It’s all about waiting your turn.” 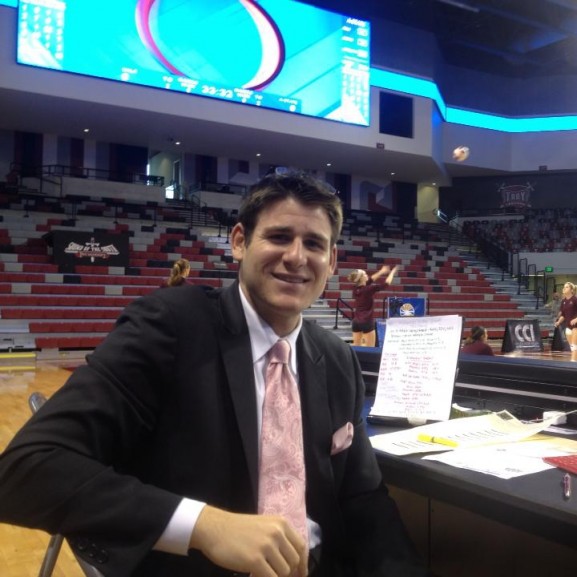 “I think it’s all about getting that big break,” Leno said. “The next step in my career is, I’ve gotten small breaks, but I need that one network to say, ‘You know what? We’re going to give this Dave Leno guy 20 games doing SEC games on Thursday nights.’ I think that’s coming. I think that’s around the corner. I’ve been told I’m at the doorstep, but it’s just a matter of somebody else going out and me jumping in and I can’t tell you when that’s going to happen.”

It can be a taxing process moving up and succeeding as a play-by-play broadcaster. Patience is certainly required, but so to is thoughtful preparation, which is something Leno has always had. 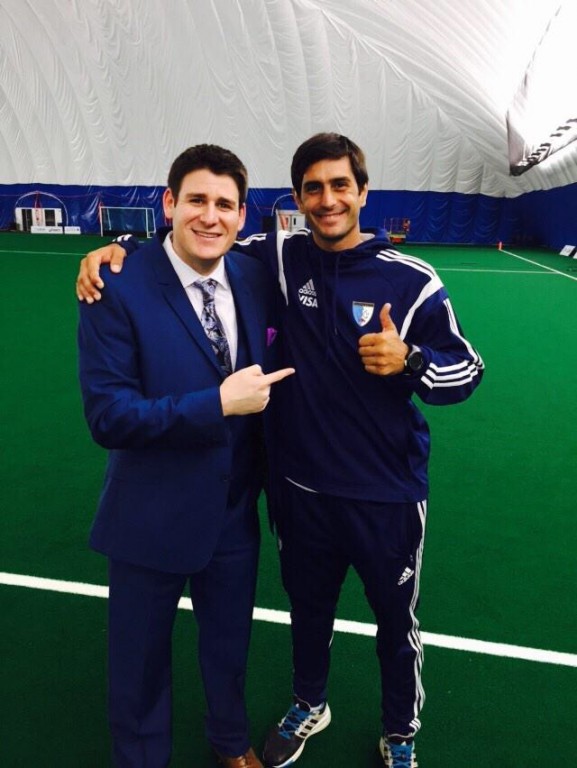 “[Dave] definitely has got a go-getter’s attitude,” said Dave Tasca, a live event producer for ESPN football and basketball broadcasts who produced Leno’s first game on ESPN3. “He brings a lot to the table as far as research, diving into the teams and knowing what the tendencies are. He’ll bring some graphics to the table. Just some things we can focus on during the games. He definitely puts his homework in.”

No matter whose perspective you get on Leno, the consensus is that he is a patient, hard-working, young broadcaster, whose career is moving swiftly in the right direction. A break or two along the road may be the only thing Leno needs to appear regularly on television sets across the United States. It’s only a matter of time before you hear him calling the action with a booming voice that has made him one of the most promising play-by-play commentators in the business.

Text by Chase Senior and Nick Gomberg, video by Senior, photos by Senior and via Dave Leno.

Eight years ago, Darrow Lyons’ wife encouraged him to join Never 2 Late, an adult literacy program offered through the Center for Literacy, an organization that provides programs to adult learners. The 63-year-old South Philly […]

All along Bustleton Avenue are businesses built by foreign-born people who came to the U.S. in pursuit of a better life. Yet many highly educated and skilled immigrants are underemployed in Northeast Philadelphia and the […]

Kensington is home to some of the city’s most well-known art galleries and storefronts, from bizarre sculptures, like that of the man pictured above in the PaperMill Community of Artists, to American-made accessories and exhibitions featuring the […]