Trevor Hayward left his home in Ireland and came to the United States in 2007 to continue his education. He is now the co-owner of Evil Genius Beer Company, which opened March 8, 2017 on Front Street in Fishtown.

Hayward, 33, lived in Portmarnock, which is near Dublin, for the first 23 years of his life. Hayward was never into sports as a kid but considered himself very entrepreneurial. His childhood was filled with raking leaves, going to movies, bowling and watching good television.

Hayward said his life in Ireland was not much different compared to life in Philadelphia. Hayward had dreams of becoming an actor or a TV presenter at a young age. This lead him to take acting and improvisation classes, which helped him become more outgoing. Hayward soon realized that there were other things he could pursue as a career. 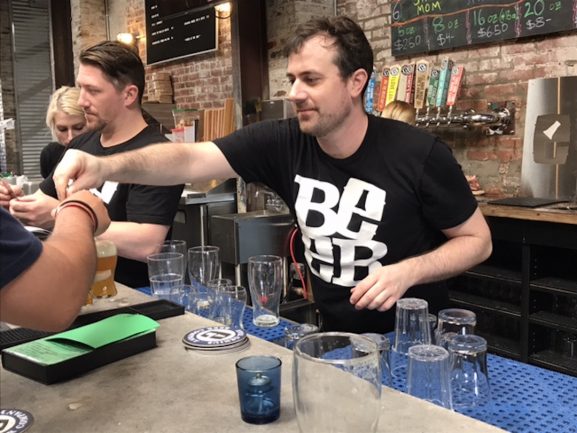 Hayward attended University College Dublin, where he ran the college radio station and earned a bachelor’s degree in economics.

Traveling before officially settling down is a tradition in Ireland. Soon after graduation, Hayward began his journey while trying to figure out what sort of career would suit him best. Hayward did not want to become an economist, so the traveling tradition worked out in his favor.

His first stop was to Philadelphia so he could visit his brother who had left Ireland for the United States. He then went to Hawaii and finally, Australia, where he stayed for almost a year. While in Sydney, he spent most of his time working as a personal assistant and running a pub crawl.

Hayward enjoyed his time in Australia, but did not think he could live that lifestyle forever.

“It’s a great opportunity to see a whole different country,” Hayward said. “You really learn about yourself and who you are as a person.”

When he moved back in with his parents, he decided to apply for graduate school at Villanova University to earn his masters of business administration. His older brother had moved to Philadelphia and attended Villanova, which steered Hayward in the same direction.

Since Hayward had experienced moving to another country already, he easily adapted to the City of Brotherly Love.

“I could have been in any other city in this country,” Hayward said. “But this is the one I picked because I wanted to be with family.” 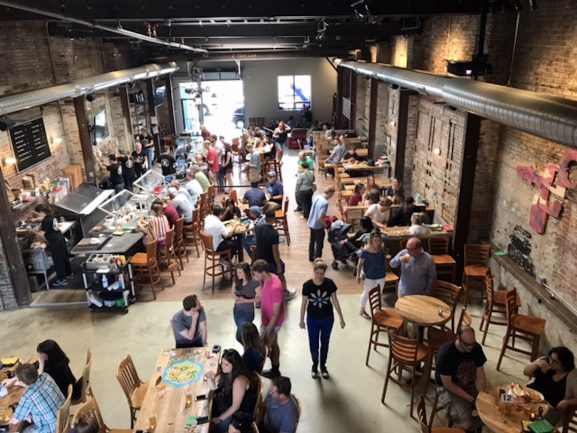 Hayward met his business partner, Luke Bowen, at Villanova University in 2008 just when the economy started to plummet.

“That was just when the economy took a massive nose dive, Hayward said. “We were two weeks into our program there when Lehman Brothers failed. There was a lot of uncertainty with the jobs market and the economy in general.”

The poor economic conditions gave Hayward and Bowen the motivation they needed to start something for themselves. After looking for the perfect location, Fishtown became the spot for their brewery and tasting room. The neighborhood, like their business, has been growing rapidly.

“When we started exploring the city more, we decided that Philadelphia would be the best home for us,” Bowen said. “And thankfully, we were able to find our spot in Fishtown. “

The Evil Geniuses have vastly different sets of skills, which helps them run their business more smoothly and allows them to collaborate.

“I say that we’re like an old married couple,” Hayward said. “We fight about money and don’t have sex.”

Hayward had prior experience as a home brewer, so he was understanding of the beer making process. Bowen was also interested in getting into the industry before he and Hayward had even met.

“Luke was able to correct me if I had assumptions,” Hayward said. “When I thought something, and I was wrong because of the demographics here, or whatever background issues there could potentially be.”

Though it has not always been easy, the Evil Genius team has created a business that is excelling in the Fishtown community.

“There are many times when we don’t agree on a decision initially,” Bowen said. “And since we are partners, our job is to convince the other one we’re right. This forces us to deeply reevaluate our position, and come up with a strong argument for or against. This usually leads to the right answer.” 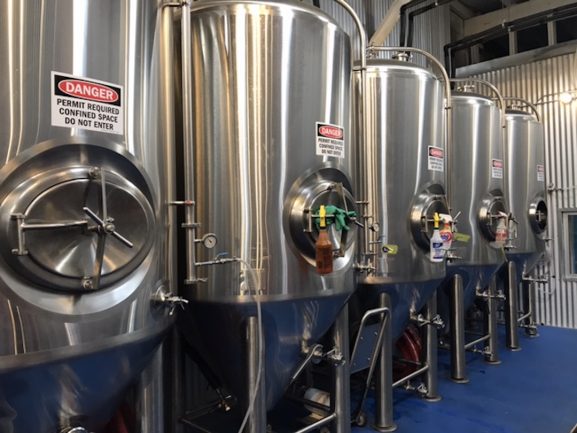 Hayward’s cousin, Gordon Brennan, recently moved to Philadelphia and is helping out with a variety of things at the brewery. Brennan believes the brewery is in the perfect location and its fun environment fits well in the neighborhood.

Hayward has lived in Philadelphia for nine years and is interested in traveling some more once the business settles down. Hayward has immediate and extended family who are still living in Ireland. His family visits often and they are very supportive of what he has accomplished while in America.

“He started off in his brother’s basement,” Brennan said. “Now he’s here with his own booming business. We’re all really proud of him.”

Laughter could be heard from the sidewalk outside of the homeless shelter known as My Brother’s House. A large blue-and-white-tiled mural stretches along the side of the building, along with the words, ‘Home away from [Read More]

Loyal customers know that Fresh Donuts owner Donald Eap and his sister Van have owned the doughnut and breakfast shop at 39th and Lancaster Avenue in Mantua for years. The neighborhood has changed significantly since [Read More]

New Sanctuary Movement, an interfaith immigrant justice organization, held a prayer vigil and Sukkot ritual outside of the Philadelphia offices of U.S. Immigration and Customs Enforcement (ICE) on Thursday, October 5, in response to what [Read More]