With more than 6,600 sworn officers and 800 civilian personnel, the Philadelphia Police Department is the nation’s fourth largest police department. Thousands of men and women are putting their lives out on the line every day to protect the city. Similarly, the Philadelphia Fire Department is the fifth largest fire and emergency services department in the country with more than 2,100 members.

For the past six years, the Mayfair Fallen Heroes Run has honored those people who were killed while serving their city, and now those who served the country. This year’s run took place May 16.

“We did it because at the time a lot of officers were being shot and killed,” said Antoinette Montgomery, secretary of the Mayfair Business Association. “We felt like we wanted to do something as a community.”

Montgomery, along with Joe DeFelice and Lisa Greco, both members of the Mayfair Civic Association, decided to bring a run to Mayfair in 2009 and became its three sole organizers. While remembering those who lost their lives serving as officers and firefighters, the run is also meant to bring the people in Mayfair closer and spread the word to other communities throughout the city. 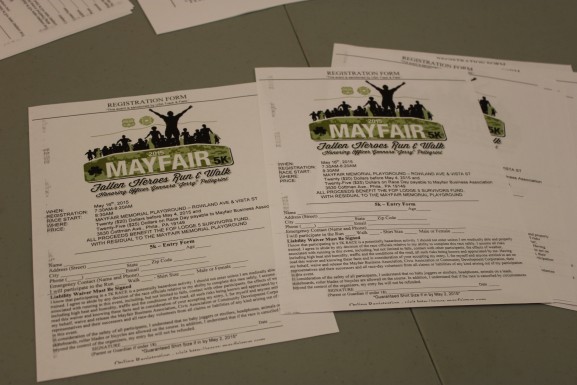 “The run sends a message to everybody that Mayfair does care about our community, our officers and our fireman,” Montgomery said. “It’s very important that they are around for us.”

Since it began, the Mayfair Fallen Heroes Run has raised money to help the families of a fallen officer or firefighter. In previous years, they did this by giving proceeds to the Hero Thrill Show, another event held with the purpose of raising money to pay for the college tuition of children who have lost a parent in the line of duty.

This year, things have changed. Instead of giving the money to the Thrill Show, they are “cutting out the middle man,” as Joe DeFelice said. Now they will alternate their funding each year between the Fraternal Order of Police’s Lodge 5 survivor’s fund and the Philadelphia firefighter’s widow fund.

The money is raised through the registrants who sign up and pay a fee to participate in the run. In its very first year, there were 150 registrants.

“In the beginning, we weren’t expecting as many people as we got,” DeFelice said.

With an average of 50 or more people participating in the run each year, the number of registrants in 2014 totaled 600. All together the Mayfair Fallen Heroes Run has been able to raise $30,000 for the Fallen Hero Thrill Show, according to Greco, who serves as the Mayfair Business Association treasurer in addition to organizing the run.

They have also raised $5,000 for the Sgt. Patrick McDonald Scholarship Fund, which gives grants to schools on the middle, high school and college level, as well as organizations like the Fox Chase Cancer Center. 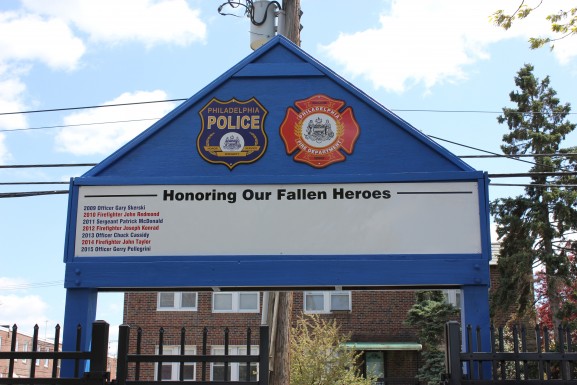 The run has also made a donation of $22,000 to the Mayfair Memorial Playground. This includes a $2,000 plaque  built in memory of the fallen officers and firefighters.

In order to raise money to actually put the event on, the organizers go to their legion of sponsors that they have acquired throughout the years in the forms of local businesses as well as firefighters and the FOP Lodge 5.

Sean McDermott, a participant in the run as well as the owner of Precision Mechanical Services, is a sponsor and has no problem with the changes of funding after so many years. 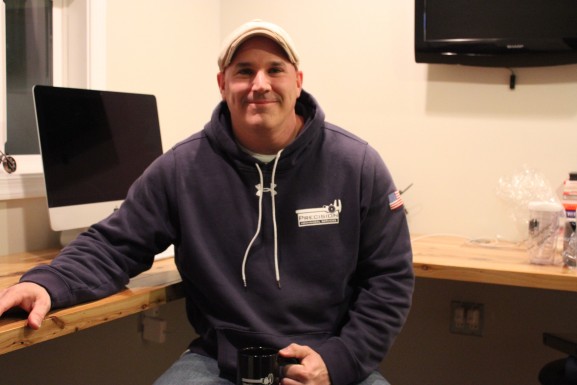 After serving as a Philadelphia police officer for approximately three years, Pellegrini was sent to Iraq. He died serving the country in 2005.

“Whether it’s here in the city or over in Iraq, these people are protecting us and putting their lives on the line,” DeFelice said. “They deserve to be honored.”

In addition to honoring the fallen heroes, DeFelice hopes that the run will also create a level of respect for officers and firefighters. He believes that this has been lacking but is sincerely deserved for those people who serve the city with their lives.

Politics: Philadelphia’s Republican Party Is Determined To Make A Change

Outnumbered eight to one in voter registration, Republicans in Philadelphia are often overlooked in discussions of city politics. Many Republicans feel that this lack of competition is not simply a problem for the Republican party. […]

The 300 locally-owned businesses that line Frankford Avenue in Mayfair have been granted an opportunity to invigorate and improve their community. Although congested with outdated shops and mini-malls, community members have viewed Frankford Avenue as […]

In Mayfair and Holme Circle, residents are battling brazen scrappers who are not only taking scrap metal from curbside garbage but also right from people’s yards. Scrappers are defined as those who take scrap metal […]