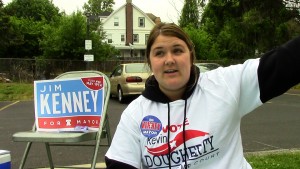 However, in the area of the Fox Chase bus loop, located at the intersection of Oxford Avenue and Loney Street, that’s exactly what she and hundreds of other commuters face during rush hour. While the busy streets quickly become congested from volume alone, the issue is made worse in the morning when multiple SEPTA buses pull through the loop.

The buses back up on Loney as they line up to go through the loop, and then back up traffic on Oxford as they turn out of it.

“My commute [to work], without traffic, would take ten minutes max,” said Roach of the distance she drove from her home to her former place of employment at the Rita’s Water Ice on tnearby Huntingdon Pike. “But during that shift, I’d have to leave at least 45 minutes early.”

Fred Mari, another resident, spoke about potential hazards of buses coming out of the loop as well.

“I parked my car right there this morning,” said Mari, motioning to a parking space on the street next to the spot where buses exit. “I moved it because I feel like it’s only a matter of time before one of those buses hits it.”

The daily “bus jams” were listed as a topic on the agenda of a recent Fox Chase Homeowners Association meeting last month.

“I think there should be a bus lane,” Roach suggested as a possible solution.

Whether she knew it or not, Roach’s idea has, in fact, already occurred to transportation authorities, who are currently discussing options for enhanced bus systems nearby on Roosevelt Boulevard. 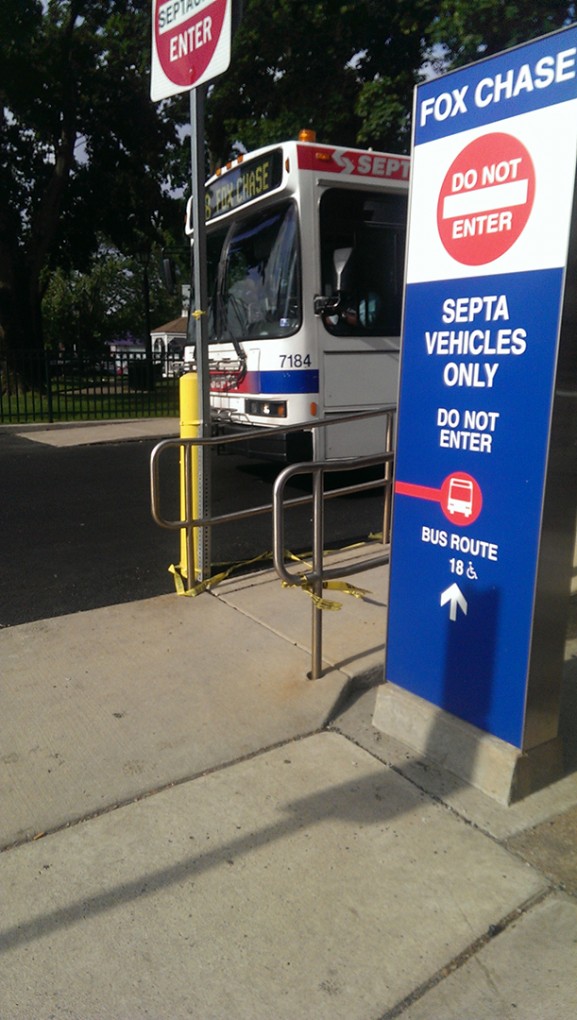 Though no concrete plans currently exist for the Fox Chase loop, SEPTA is aware of the problem.

In response to a request for comment, Manny Smith, a public information manager for SEPTA, reported that employees from their Surface Transportation Team were sent to the area in question and observed the issues.

“[This line is] our fifth busiest line,” said Smith of the loop. “During the a.m. peak rush hour, buses arrive every five minutes to serve the large demand for ridership in the area.”

SEPTA is actively looking into trying to alleviate the issues.

“We are already proactively evaluating and discussing possible solutions,” he added.

He also stated that a plan would likely be finalized in time for SEPTA’s fall schedule changes.

While it’s unlikely that anything will solve the congestion problem entirely, an enhanced bus schedule would likely be a welcome improvement to residents.

Education is one of the foundations of society, and yet schools in Philadelphia are hemorrhaging cash due to rising costs and stagnant revenues. Many have been forced to cut back on everything from school supplies [Read More]

The students at L.P. Hill Elementary School already have their sights set on the end of the first half of the school year, most commonly known to them as holiday break. “They get anxious knowing [Read More]

Chris Bartlett has been involved in the LGBTQIA community for more than 20 years. His career began with SafeGuards Gay Men’s Health Project in the early 90s. Bartlett was inspired by the work he saw [Read More]